Respect for Indigenous Rights Is Crucial in Protecting Biodiversity 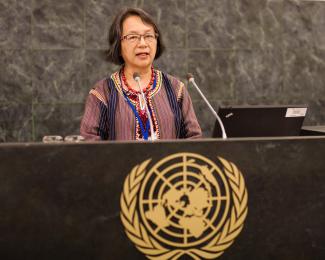 There should be a way of monitoring how languages are revitalized and how these are being translated. This can be measured in terms of how these languages are used in the school systems, as well as the publication of materials, such as documents or videos of the languages. This requires government action, but it also requires action from Indigenous Peoples themselves. One year is such a short time; that’s why there is a call for an international decade of Indigenous languages, so that there will be a longer period in which to see how the program is going to be implemented.