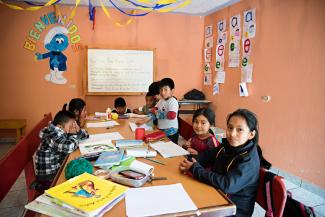 It was 1964, and in the small village of Paxixil in western Guatemala, a young messenger played a drum. He walked the main village roads announcing in Maya K’iche’ that, by order of the government, parents must send their children to school. My mother, who did not understand Spanish at that time, knew that the feared day had come. Although she had a great desire to learn to read and write, she was also scared. “How am I supposed to learn in Spanish?” she wondered. “How am I going to say that I know such a thing, or that I do not know another, if I am only able to speak in K’iche’?” This uncertainty was not a concern just of hers, but one of many children of Paxixil and other communities where Castellanización (Spanishification) was the first step of a mandatory primary education in Spanish, and part of a greater process of cultural assimilation to spread the language over the Indigenous regions in Guatemala.

Years later, my mother moved from her home to the city after marrying my father (himself Maya K’iche). From the time I was born I was educated in Spanish, partly because she moved to an urban area and partly because of pressure from my father, who did not want me to repeat the experience of discrimination he had faced due to his poor Spanish as a child worker in Guatemala City. Certainly, my father was right in his deductions: having Spanish as a first language facilitated my education and even rid me of being discriminated against. I grew up something like an Indigenous person, but camouflaged and paying a high price for it—becoming a monolingual person. A great and important part of my K’iche’ cultural heritage was lost, and it is only now that I am trying to recover that richness that was taken away due to the educational and social conditions established at that time, and which, unfortunately, remain in place today.

The Guatemalan educational system continues teaching Indigenous children only in Spanish, despite the large number of legal instruments that support intercultural bilingual education. These include the Political Constitution of the Republic, which recognizes the right of people and communities to their cultural identity according to their values, their language, and their customs; the General Law of Decentralization, principles of which are respect for the multiethnic, multicultural, and multilingual reality of Guatemala; and the Municipal Code, which establishes that the Municipal Council must organize commissions of intercultural bilingual education and establish the mandate of the management of pre-primary and primary education, as well as literacy and bilingual education programs.

There is also Government Law 19-2003 of National Languages, which recognizes the respect, promotion, development, and usage of the Indigenous languages of the Maya, Garífuna, and Xinka Peoples in Guatemala, and the National Education Law that establishes that education must respond to the multilingual, multi-ethnic, and multi-cultural environment of the communities. In addition, the Guatemalan Peace Agreements and the Convention on the Rights of the Child endorse an intercultural bilingual education system. The basis to implement a more suitable educational system to the communities is there, but in practice, bilingual education has not begun because there is no political will to carry it out. 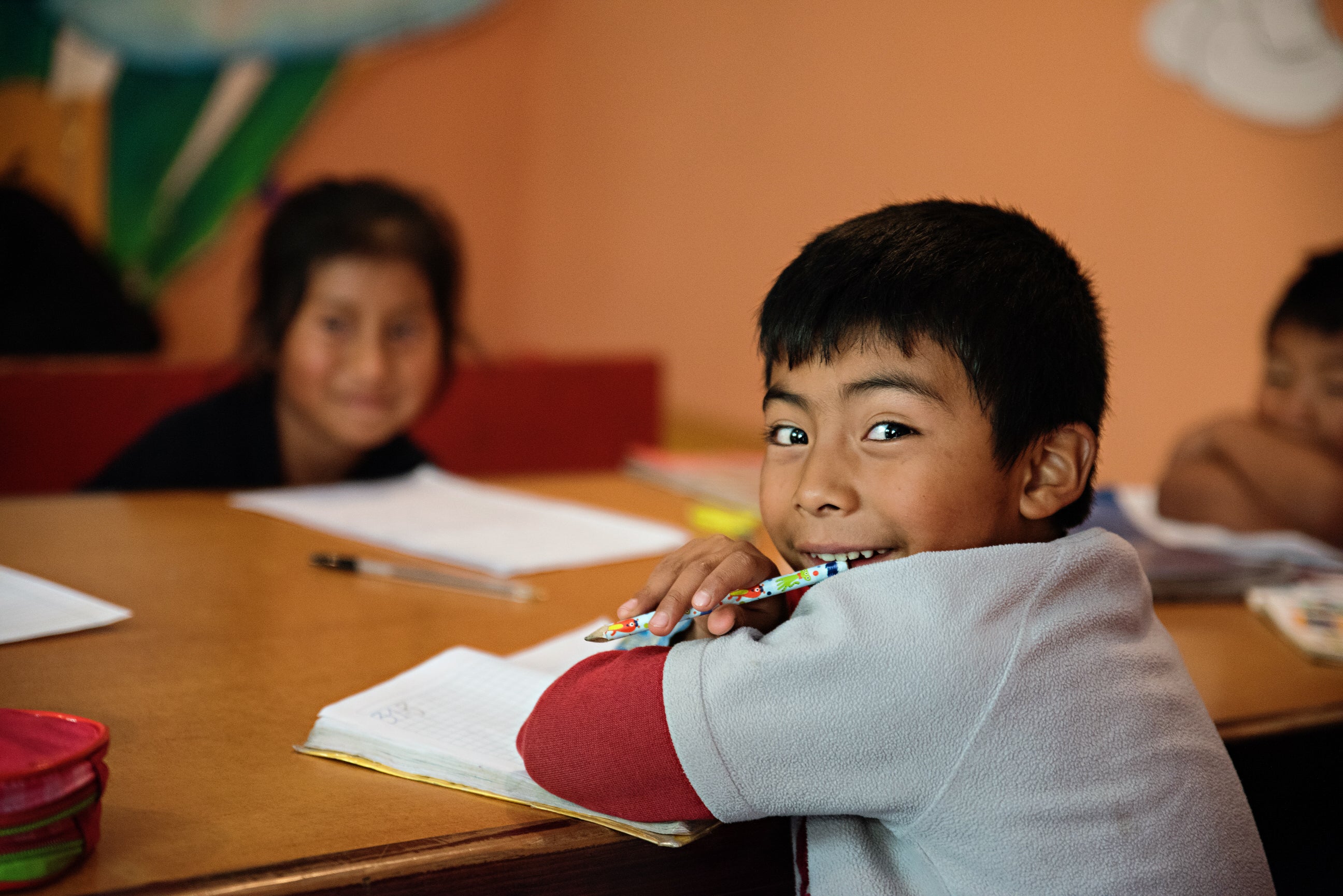 In 2016, the Constitutional Court issued a ruling in which the Ministry of Education was ordered to implement bilingual and intercultural education in the 13 schools of the municipality of Santa Catarina Ixtahuacán, in the department of Sololá. The petitioners claimed that 99.7 percent of the population in this municipality are Maya K’iche’ speakers, so it is incongruous that they continue working on the basis of an educational system where neither the methodology nor the content being taught is culturally relevant.

The following year, in 2017, the Ancestral Authorities of Santa Catarina Ixtahuacán and others involved in the issue held a discussion on the progress of this ruling, stating that there had been more limitations than progress in the implementation of bilingual education. They warned that in order to improve the primary education situation in the country, it is necessary to change the teaching dynamics and stop implementing “filler” activities, otherwise students’ performance and grades will continue to decline.

Many of the teachers in schools with an Indigenous population do not master the languages of the community. If they do master them, they are not able to adapt to a bilingual teaching system because they would have conflicts when using the methodology of the didactic materials. Teachers are also detached from social and cultural contexts. These, and other difficulties, explain why monolingual education in Spanish is considered to be the most logical, practical, and convenient way to educate in the country. Parents and the community not only do not demand an adequate education that adheres to their reality, but they are forced to adapt, sacrificing with it the opportunity for their children to learn in their mother languages.

As a result of a racist ideology strongly established since colonial times, many people in Guatemala believe that teaching in Maya languages represents a waste of time, and instead favor the proper learning of Spanish and other foreign western languages, especially English. It is common to find Guatemalans who believe that teaching Spanish alongside Maya, Xinca, and Garífuna languages is a setback for education and makes children “incompetent” to find jobs in a globalized world that demands being at the forefront, knowing other foreign languages.

The language of a community is its soul, because through it, knowledge is transmitted and new generations are educated. Interrupting this dynamic systematically eliminates the cultural richness and lifestyles of Indigenous communities. It is necessary that the State of Guatemala, rather than implementing new laws, can put into practice those that already exist in a real and integral way. In the words of Pedro Monroy, teacher and principal of Cruz Ayapan primary school in the municipality of San Juan Sacatepéquez, “Different forms of education are needed so that children can learn without fear, having confidence in themselves, developing their own capacities, enhancing their skills and abilities, practicing the values of the community, and using adequate materials with the help of trained personnel. Unification of criteria is needed in terms of how intercultural bilingual education should be, and it must be supervised to achieve real progress.”

It is necessary to understand as well, that not only should the knowledge that has always been taught in school be taught in Indigenous languages, but should also include constructed and systematized knowledge from the vision and lifeways of the community, from their own worldview. The situation in Santa Catarina Ixtahuacán is an example of a small, yet great struggle that can generate a domino effect in hundreds of Indigenous communities of the country, so they can demand the quality, inclusive, and adequate education that children in Guatemala deserve. 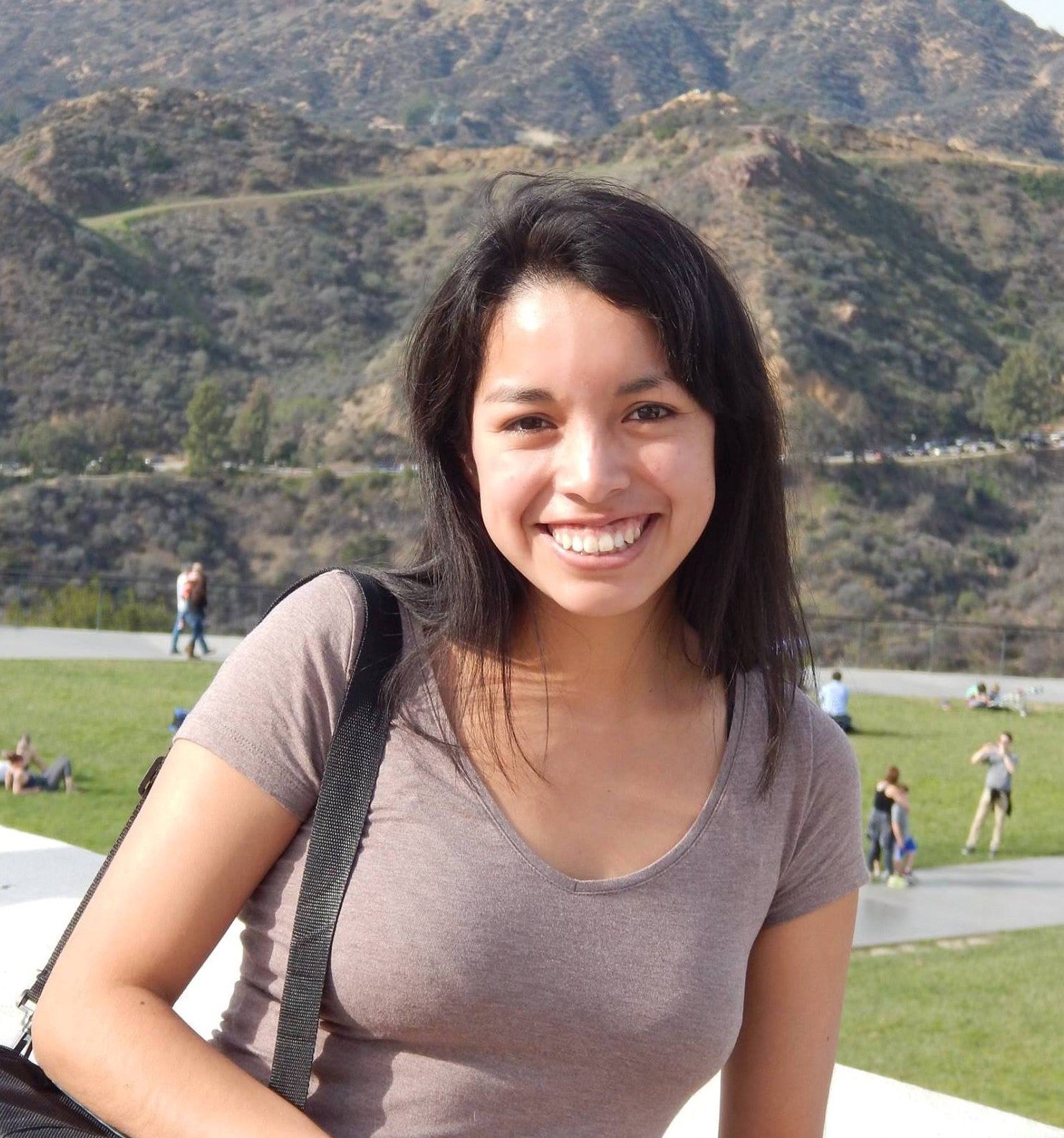 —Diana Pastor (Maya K’iche’) is from Quetzaltenango, Guatemala, and is program and communication assistant for Cultural Survival and editor of EntreMundos, an independent magazine on humans rights and development in Quetzaltenango. She studied social work at the Universidad de San Carlos de Guatemala and at California State University, Monterey Bay.

All photos by Kathleen Hertel Photography.