Media Revolution in the Highlands of Guatemala: Promoting Indigenous Visions through Video 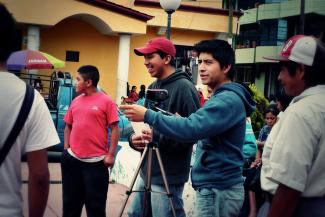 The recent uprisings in the Middle East, dubbed “The Arab Spring,” have not only been a political revolution, but also a media one. The uprisings have shown the world how media technology can grant voice and power to ordinary people. As cameras get smaller and cheaper, and internet access broadens, this revolution is destined to expand.