A Lenca Voice of Resistance Against a Culture of Extractivism: Donatila Girón Calix 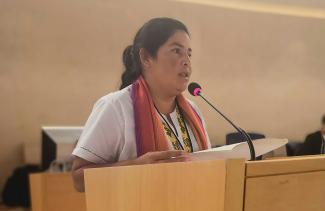 During the last decade, Honduras has consistently been named one of the most dangerous countries in the world for environmental defenders. The threat to defenders comes mostly from the business sector, particularly mining and energy corporations. Indigenous defenders are among the most at risk, a predicament galvanized by the assassination of Lenca leader Berta Cáceres in 2016. To delve into these issues, the Unitarian Universalist Service Committee spoke to Donatila Girón Calix, leader of the Lenca Indigenous Movement of La Paz Honduras (MILPAH) and president of the Indigenous Caucus of the United Nations Forum on Business and Human Rights 2019-2020. Her leadership and activism have been marked by her emphasis on recovering Indigenous identities and practices as central elements in the defense of the environment and human rights in Honduras.

Being Indigenous in Honduras

For us, some of the fundamental parts of being Indigenous are our way of taking care of water, our way of seeing the forest and our territory, our way of coexisting in harmony with nature. Our water, forest, and territory are non-negotiable because they are parts of a whole, a path of learning, a way of life, an entire cosmos. Living in harmony means keeping a cosmovision alive.

Being an Indigenous Lenca comes with a deep-seated fighting spirit. Many years ago the Lenca people were forced into the mountains. From those years of resistance we inherited a fighting spirit embodied by the figure of Lempira, an Indigenous hero who fought against the Spanish conquest and colonization. Being Indigenous is to care, to protect, to be stewards of the forest and common good. It is not enough to identify as Lenca; you need to put into practice Lempira and Berta Cáceres’ heroic fighting spirit.

Berta Cáceres was committed to the struggle without expecting anything in return, simply because of the meaning that water and forests have for us Lencas. When we are threatened by a mining or hydroelectric company, we know that they will disrupt our social conviviality. That’s why many of our people say that even if it costs us our lives to defend what is ours, we have no alternative but to keep fighting. That is the fighting spirit that Berta Cáceres embodies, and that spirit lives within each Lenca. 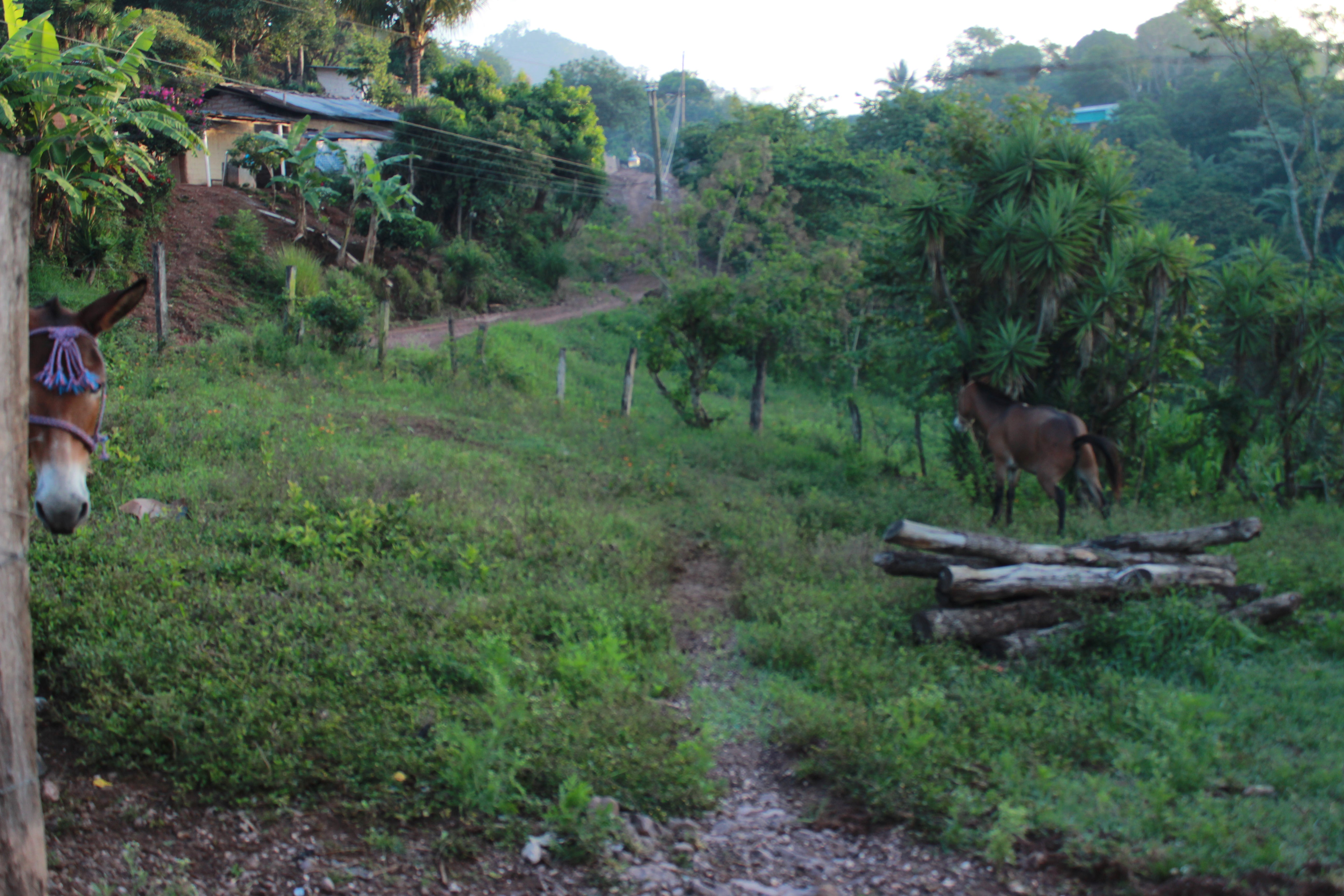 A Culture of Extractivism

An Indigenous person does not think that water or forests are commodities. What makes sense for us is to live peacefully and to live well; we do not see life from a capitalist point of view. Some years ago it was very common to find many forms of cooperative exchange among Lencas. If someone saw that their neighbor was not able to clean up their plot of land, they would go and help out. Today some of that is still maintained, along with a small-scale production system based on coffee, corn, beans, root vegetables, and trips to the river to catch fish for our own consumption. I believe that the economy should be focused on satisfying people’s immediate needs and markets should be available to exchange products with added value outside of an extractive capitalist model.

People should have their own things, their own small businesses, their own medicines, health, and education. Unfortunately, education today is directed towards serving capitalism instead of focusing on knowing and valuing what surrounds us. Many young Lenca people have migrated from their communities to what is known as the military zone where the government says that workers are needed, and that ends up being their only opportunity to get a job. The question is, how can we refocus this situation so that these young people are no longer forced to leave and can have their own businesses within their communities without having to contribute to the exploitation of common goods.

Extractivism is the worst: everything in Honduras is extractivism. The government follows a model that is not suited for people, but for their exploitation. Honduras trains police and military officers to protect extractivist companies, trains professionals such as engineers, whose job is to find ways to extract as much gold as possible and send it to Canada. This country does not provide the conditions for people to survive and thrive without needing to exploit themselves and others.

In the department of La Paz there are four dams in operation and several others planned. Those hydroelectric plants don’t even pay taxes in the municipalities where they extract energy from rivers. A single individual or company becomes a millionaire at the expense of a river while many people are left without water—it happened to seven communities in the municipality of San José. These projects break the harmony and generate division. We call this extractivism, the profiting off a good to generate money without leaving anything for communities.

The system is controlled by a few families in Honduras and operates well beyond this country. Those who do not align with the system are pushed out of the way, because they are opponents who are preventing the resource extraction machine from working smoothly. For those who benefit from the system, the most effective mechanism to stop those who resist is to kill them, to criminalize them, or defame them. 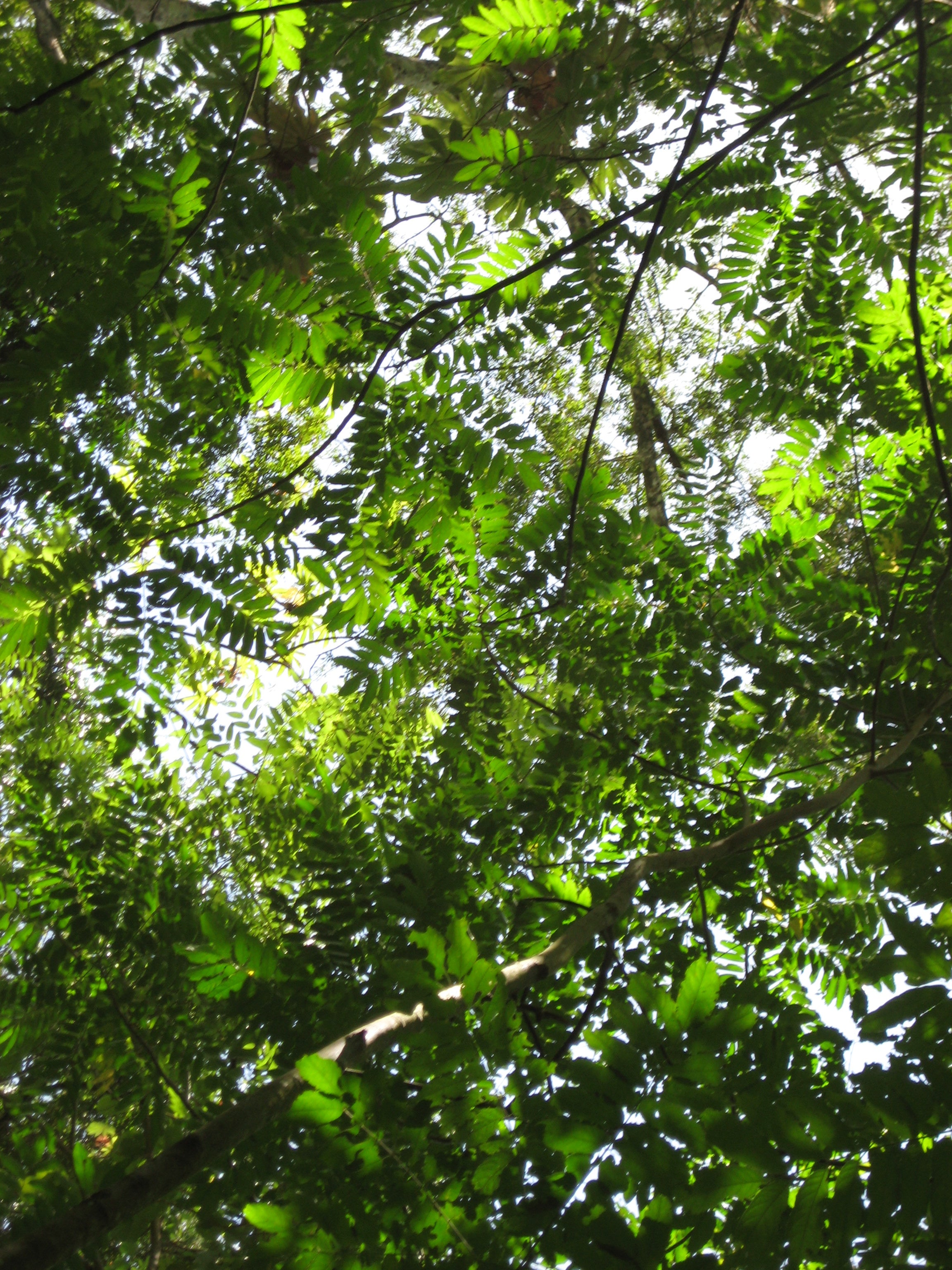 I have worked all my life on social issues, collaborating in health and education programs and holding positions in my community since I was 15 years old. A few years ago, I started working in a coffee company, learning about natural medicine, about organic products. It was working there that I met the organization MILPAH, and I liked the way they worked. Their approach was precisely how I wanted to defend human rights and the environment. I became more involved in that work and got specialized certifications in business and human rights.

Because of the work I was doing with MILPAH, I got invited to Geneva in 2019 to participate in the UN Forum on Business and Human Rights. As Indigenous people, we do not hold a lot of power internationally, but these gatherings allow us to confront power. We knew that we were facing a monster and the only thing that could help us was our fighting spirit, not being afraid. By being there we were able to tell the businessmen of the world directly what Indigenous Peoples were living and feeling. We told them they were violating our rights, that we did not feel good about their presence in our territories.

In Geneva before the start of the Forum, when it was time to elect a president for the Indigenous Caucus, it was clear that the Latin American delegation was the largest and that we were going to be able to choose our candidates. We also realized, unfortunately, that many of the people who were proposed to preside over the caucus were highly criminalized at home, so they declined their nominations for safety reasons. I was the one who had the least problems at that time in terms of legal persecution, and that helped me get elected as president.

So far, I have not seen the effectiveness or concrete results coming from what we discussed at the Forum, but I have seen a more intentional approach from the office of the Honduran Human Rights Secretary to listen to our people. They have engaged us in conversations and treated us with more deference since our participation in the Forum, but we are still waiting for more concrete actions. Corporations are also being more cautious. Last year logging companies came here, but we took action and were able to stop them from cutting down our forests; they haven’t been back since.

Life During the Pandemic

The pandemic has brought negative and positive consequences. People have become seriously ill without receiving a minimum of support from the State; in my community we have already lost some people to the virus. Instead of adopting public health measures to prevent infection, the government delegated the control of the pandemic to the military, whose focus has been to impose lockdowns through repression and criminalization. A very worrying issue has been the negative impacts on women, who have suffered a significant increase in gender-based violence during the strict lockdowns.

On the positive side, there has been an increase in agricultural production at the local level. People have returned from the cities to their communities, which has promoted the cultivation of land. Another important element has been the recovery of traditional medicine. There is a municipal ordinance that prohibits traditional healers as well as the cultivation and use of traditional medicines, but people have decided to ignore the ordinance and return to their ancestral practices.

It is obvious that the long-term economic impact of the pandemic is going to be very terrible. It is important to focus now on reducing or ending dependency, ensuring that people can have their own businesses in their communities, without having to wait for bags of food assistance from the State that compromise their autonomy. Communities must also be prepared to provide options for economic participation to all the people who migrated many years ago and are now returning to their communities due to the severity of the economic crisis. A key priority will be the infusion of resources to support the recovery and design of alternative economic models based on Indigenous practices and systems of knowledge.

— Leonardo Valenzuela Pérez is a human rights researcher at UUSC in Cambridge, Mass. He holds a PhD in Human Geography from the University of Sydney, Australia. This article was written in collaboration with the Unitarian Universalist Service Committee as part of a series highlighting the resilience, wisdom, and power of Indigenous communities as they face the climate crisis