A Language Out of Time 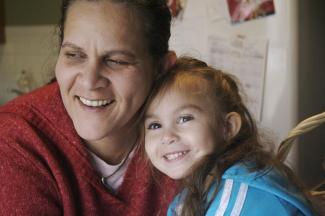 Five hundred years ago, the Wampanoag people received a prophecy. It said that the Wampanoag would not be able to keep their language, but that a group of Wampanoag people would leave southern New England taking with them a pipe containing the spirit of language. One day, according to the prophecy, a woman in the East would welcome the language home.

When the Pilgrims arrived from Europe in 1620, southeastern New England’s Wampanoag population had already shrunk by as much as 90 percent, to around 12,000 individuals, as a result of disease brought to their shores by earlier English traders. King Philip’s War, which ended in 1676, reduced the population even further. But survivors were resilient. Through birth and in-migration their numbers grew, and while they were Christianized and forced to live in so-called “praying towns,” they privately clung to their identity and their culture.

As a young mother in her mid-20s, jessie little doe [she spells her name without uppercase letters]started having strange dreams. In her dreams she saw people who seemed familiar and even looked like people she knew, but they were saying something she could not understand. Then one day while driving along a Cape Cod highway, her attention was drawn to the street names she was passing. Something clicked. She knew the street names were Wampanoag words, but now she understood that the words in her dreams sounded like the street names. She interpreted her dreams as a call from her ancestors to ask contemporary Wampanoag community members whether they were ready to welcome the return of their language.

She was encouraged to find resounding community enthusiasm among both the Aquinnah Wampanoag who live on Martha’s Vineyard and Mashpee Wampanoag on Cape Cod. She also was welcomed by Algonquian language scholars at the Massachusetts Institute of Technology, who offered her first a research fellowship and then a scholarship to earn her master’s degree in linguistics. Over the next four years, while raising four young children, jessie traveled four hours a day to attend classes and collaborate with MIT linguist Kenneth Hale. Her task of reviving Wampanoag was facilitated by the fact that as early as the 1650s Wampanoag was recorded in written texts including a translated Bible, letters, public records, place names, and Wampanoag words that were borrowed into English. It was, in fact, the first native language to use an alphabetic writing system.

After studying all day, jessie shared what she was learning by offering language classes to members of both Wampanoag communities. Although community members did not share her interest in the technical aspects of linguistics—“they didn’t care about morphology the way I did,” she says—she never lost sight of her goal: to bring her language back into daily life.

She was fascinated by the vast knowledge that lay buried in her language. For example, at the time the Mayflower landed in Plymouth Bay, Galileo was banned by the Inquisition from saying that the Earth revolved around the Sun. Had anybody asked the Wampanoag, they would have been found the ban absurd—Galileo’s “discovery” had long been obvious to them. The answer was right in the language. Like all Algonquian languages, Wampanoag nouns are divided into two categories, animate and inanimate, just as French or Spanish nouns are divided into genders. An animate object is defined by several different characteristics, including moving independently of another object. In Wampanoag, the Sun is inanimate, while the Earth, which moves independently of it, is animate.

Teaching the language to the Wampanoag communities was like running the gauntlet. Jessie faced constant obstacles, from time constraints, money problems, and the Martha’s Vineyard ferry timetable to students’ dyslexia, illiteracy, and even blindness. These problems forced her to retool her teaching rubrics several times. In the coming year she plans to move from a classroom format to the “language nest” model pioneered by Maori in New Zealand and successfully adopted by Native Hawaiians. In language nests, community members form regular speaking groups with friends and family and a more fluent mentor. As group members attain mastery, they then take on the responsibility of mentoring another less fluent group.

Ramona Peters, a Mashpee Wampanoag spiritual leader, describes jessie as “a real inspiration, a shining star.” Nothing in jessie’s humble upbringing presaged that she would accomplish something so extraordinary. Both Ramona and another friend and supporter, Rachel Carey-Harper, attribute jessie’s achievement to her tenacity and to her strong spiritual nature. Rachel describes jessie as “one of the most brilliant people that I had ever met, not only in intellect, which is astounding, but also in terms of her connection to that Creator force, however defined.” Both Ramona and jessie put it more simply: the ancestors spoke to her and she honored her responsibility to fulfill their request.

Today, jessie and her husband, Jason Baird, who also is fluent, are raising their two-and-a-half-year-old daughter, Mae Alice, entirely in Wampanoag. She is the first native speaker in seven generations. Six or seven other Wampanoag community members also have attained conversational fluency and are working towards total mastery. Some 50 people, from small children to elders, and 6 teachers attended a recent immersion camp at which only Wampanoag was spoken.

Jessie’s skills as a linguist and teacher are also in demand by neighboring tribes. She earns her livelihood by helping the Mashantucket Pequot, owners of the Foxwoods casino in Connecticut, reconstruct and learn their language, which is a close cognate to Wampanoag.

A few years ago, a group of Delaware Indians paid a visit to Mashpee. Like Wampanoag, Delaware is part of the Algonquian family of languages. When their chief spoke in Delaware, jessie was delighted to discover that she understood him. He helped jessie make sense of complex grammatical structures that the two languages had in common. And then she learned the real purpose of their visit: to discuss their centuries-long shared history, and to bring a pipe home.