Kasiyanna: Turning to Indigenous Knowledge During the COVID-19 Pandemic 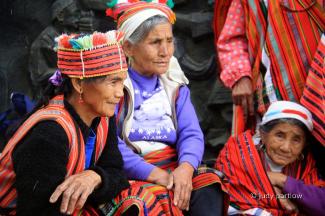 Indigenous Peoples are no strangers to disease and disaster. Now, four months into the worldwide crisis brought about by COVID-19, the situation of Indigenous Peoples is starting to come to light: Indigenous Peoples are facing particularly challenging times due to the susceptibility of their communities to infectious diseases and their limited—or lack of—access to information, among other factors. Some of these realities are the consequence of poor planning by national governments, and others are the result of discrimination and disregard for Indigenous Peoples. The impacts of the many exploitative projects in Indigenous territories, such as mining and monocrop plantations, are an added threat and challenge. All of these contribute to the further marginalization and greater risk Indigenous Peoples face, especially in times of crises.

Through generations, Indigenous Peoples have established responses and coping mechanisms grounded in traditional knowledge, customs, and practices to different circumstances affecting their communities. These are all founded on one fundamental principle: to ensure that the community survives. A common response across Indigenous communities is that of closing off the community to all—this means no one can enter the community until it is deemed safe. Such community closures are done for different reasons. In the Cordillera, Philippines, for example, this practice is regularly observed during the agricultural cycle. Before or after the fields are ready for planting and harvesting, the community declares ubaya/tengaw, which basically means everyone stays at home; no hard labor is to be done by anyone. This is a time for the community and the earth to rest, and typically lasts a day or two.

The ubaya/tengaw is also declared in times of epidemics or other disasters. Rituals to shut off the community from outsiders, including bad spirits, are performed by elders, directed at expelling whatever harm is in the community. The ubaya/tengaw is meant not just to protect the community, but also outsiders who might want to visit. The signs that a community is in ubaya— a knotted piece of a branch or leaf is placed at the entrance of the community—is a very simple, yet powerful, deterrent. During extended community lockdowns, traditional community practices come into effect, such as the binnadang/ub-ubbo (loosely translated as exchange labor), where community members look out for those in need and extend help. Food is shared by those who have more with those who have less. In addition, the basic principle of ayyew, meaning not to waste anything, is constantly practiced and enforced. Food, such as dried sweet potatoes that have been preserved for the rainy period, is brought out and portioned to last for the period of ubaya. It is during the period of ubaya that one often hears the term kasiyanna, meaning “all will be well.” It is an affirmation that balance will soon be achieved. To the community, problems are reflections of imbalance in the world, whether between neighbors or with the natural or spiritual world, and to resolve it is to restore balance.

When this global pandemic came about, Indigenous communities did not find the idea of quarantine unfamiliar. When the Philippine national government imposed quarantine measures across the country, several Indigenous communities further strengthened this by declaring ubaya/tungaw in their respective communities. The declaration of ubaya/ tengaw meant that these communities were closing their borders to everyone, including members who were in the cities at that time. It was a difficult decision, but one that had to be made to avoid proliferation of the virus. Such mechanisms are also practiced by the Karen and other groups in Thailand, as well as by Indigenous Peoples in Indonesia. In different parts of Asia, such as Malaysia, the Orang Asli have decided to return to the forest as their defense against the pandemic. The forest has always been their home and their source for medicines, so it is a logical response for them to return to it during times of danger. This is also true for other Indigenous Peoples, such as those living in the Amazon.

While on lockdown, the communities took stock of the situation to assess who from the community was still outside, where they were, whether they were planning to come back, and if so, what could be done for them. If there are people who are sick in the community, what is needed? Is there enough food for all, and for how long? These questions, and subsequently answers, were then used by the community to plan better for the days, weeks, or months ahead. Some communities decided to forgo the food packs distributed by the government in favor of those in urban areas, specifically those in poverty, as they could be facing greater challenges in obtaining food.

Unfortunately, these traditional practices of coping with pandemics and other disasters is proving to be particularly challenging for Indigenous Peoples given the current threats they face from the extractive industry and climate change, among others. The conversion of forests to monocrop plantations or to logging and mining concessions means less agricultural land for communities. In addition, the introduction of fast growing, input-dependent, genetically modified species has compromised the productivity of the community lands. Climate change, too, has impacted the agricultural cycle and yield. The result of these occurrences is that communities now have less food stocked, making them vulnerable to hunger if the quarantine period lasts longer than anticipated.

The destruction of their surroundings brought about by the extractive industry also add to these challenges. Mining and logging have caused water sources to dry up, as well as contamination of traditional water sources. Even the designation of forests as protected areas is a cause of concern. In the instance of the Orang Asli, their return to the forests has caused some wildlife protection groups to demand stronger protection for endangered animal species as hunting could increase. But these concerns are misplaced. The Orang Asli, and other Indigenous Peoples, follow very strict rules governing hunting for food, among which is the caution of never taking more than what one needs, as well as looking out for animals that are very young or pregnant. There are also calls from some groups for stronger implementation of protected area rules, including keeping people out of the forests. This is ironic given that extractive industries are being allowed to continue their operations despite community lockdowns, such as in Ecuador, where oil companies still traverse Indigenous communities to arrive at their operations.

In countries where the national government has taken on a more militaristic response, Indigenous Peoples are especially vulnerable. Some of the national policies are unclear and not readily communicated to communities. And if or when a policy is disobeyed, even inadvertently, a drastic measure of either arrest or death (in the case of violations of curfew times) is taken. For Indigenous Peoples, orders to stay home and wait for the relief promised by governments is just not an option, as they are accustomed to fending for and relying on themselves.

This global health crisis has proven and reinforced the need to respect and promote Indigenous Peoples’ rights, and that they must be at the center of the discussion. If Indigenous Peoples’ rights to their lands and resources were respected, they would be better able to fend for themselves in times of crisis and would not have to look to the outside for help. If traditional resource use and management practices were respected and strengthened, there would be less destruction of nature, and perhaps less possibility for diseases to develop. These are among the greatest lessons from this global health pandemic, and it is our hope that the policy makers will do what is needed to ensure that these rights are not forgotten.

When this crisis ends, there will be a rush to “help” Indigenous communities. It will be prudent to ensure that any intervention must have Indigenous Peoples at the center in terms of their agency and rights. Policies will need to be adjusted to reflect the situation and needs of the communities. It will also be useful to harness the knowledge and skills of the youth, who have access to information to communicate the community’s needs to the outside world. The communities know best what they will need and how such support should be delivered. It will be, as the elders say, kasiyanna.

— Minnie Degawan (Kankanaey-Igorot) is an activist for Indigenous Peoples’ rights from the Cordillera, Philippines. She is the director of Conservation International’s Indigenous & Traditional Peoples Program (ITPP).