The following are excerpts from presentations and interviews conducted at the Rising Voices conference.

We Create Our Indigenous Knowledge to Adapt 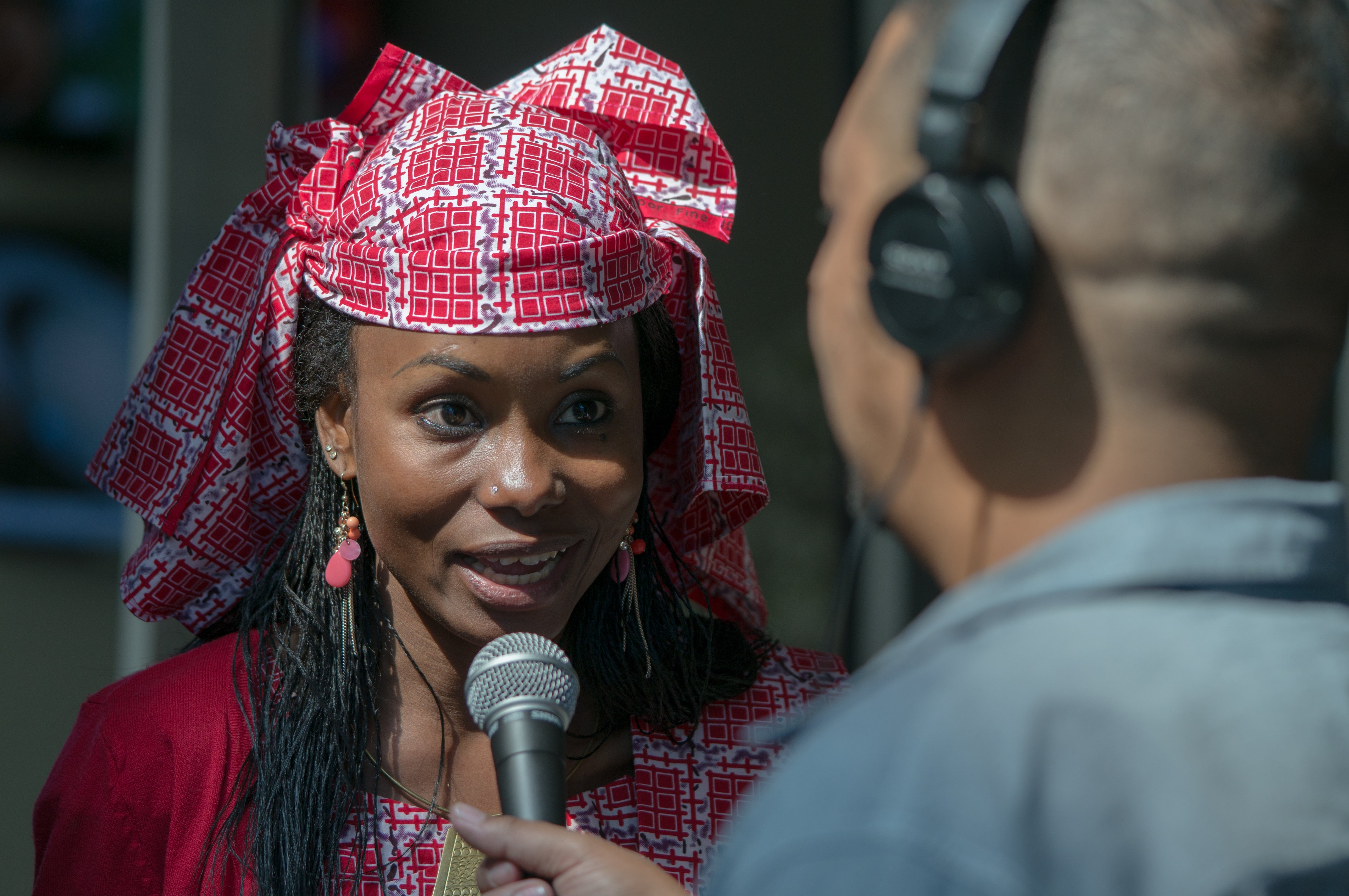 We are Mbororo pastoralists, and we are called after our red cows with the big horn. We are nomadic and semi-nomadic peoples living from around Lake Chad to the south of Chad in five countries: Chad, Cameroon, Niger, Nigeria, Central African Republic. This way of life, we develop a lot of traditional knowledge from our ecosystem. When the ecosystem is changing, our knowledge is growing. We go from the center of Chad to the Congo River and then we come back. We used to
have three seasons: dry season, rainy season, and cold season. But now the cold season has disappeared. We used to have six to nine months of rain, but now it’s between two and six months. This is impacting the food security in all the lives of the people; then that’s created desertification and the loss of biodiversity, and our livestock, too.

Where our traditional knowledge and science meet, we say that climate science uses modern knowledge and the forecasting system. But for us, we are just using our information and other factors that we observe. And from this we create our own Indigenous knowledges to adapt. During the rainy season we eat the fruit; at the end of the rainy season, we take the fruit and we break it down. When we break it, we see the liquid inside. If the liquid is abundant, we know that the tree is predicting for the next year; that helps us predict if it’s going to be a good year or not. And we have certain kinds of lizards, when they give babies they give a lot of babies, and in some years there are not a lot of babies because they are not sure in the next generation. That helps us also to predict if we are going to have a good rain season next year or not. If the wind is coming from the South to the North, North to the South; if the wind is heavy; if the wind is dry;if it is hot... that helps us to say if the rain is going to be heavy or not. The elders who are holding the traditional knowledge are becoming few. To transfer it to the new generation, the mechanism has been changing a lot because young people are migrating from the communities to the big towns. 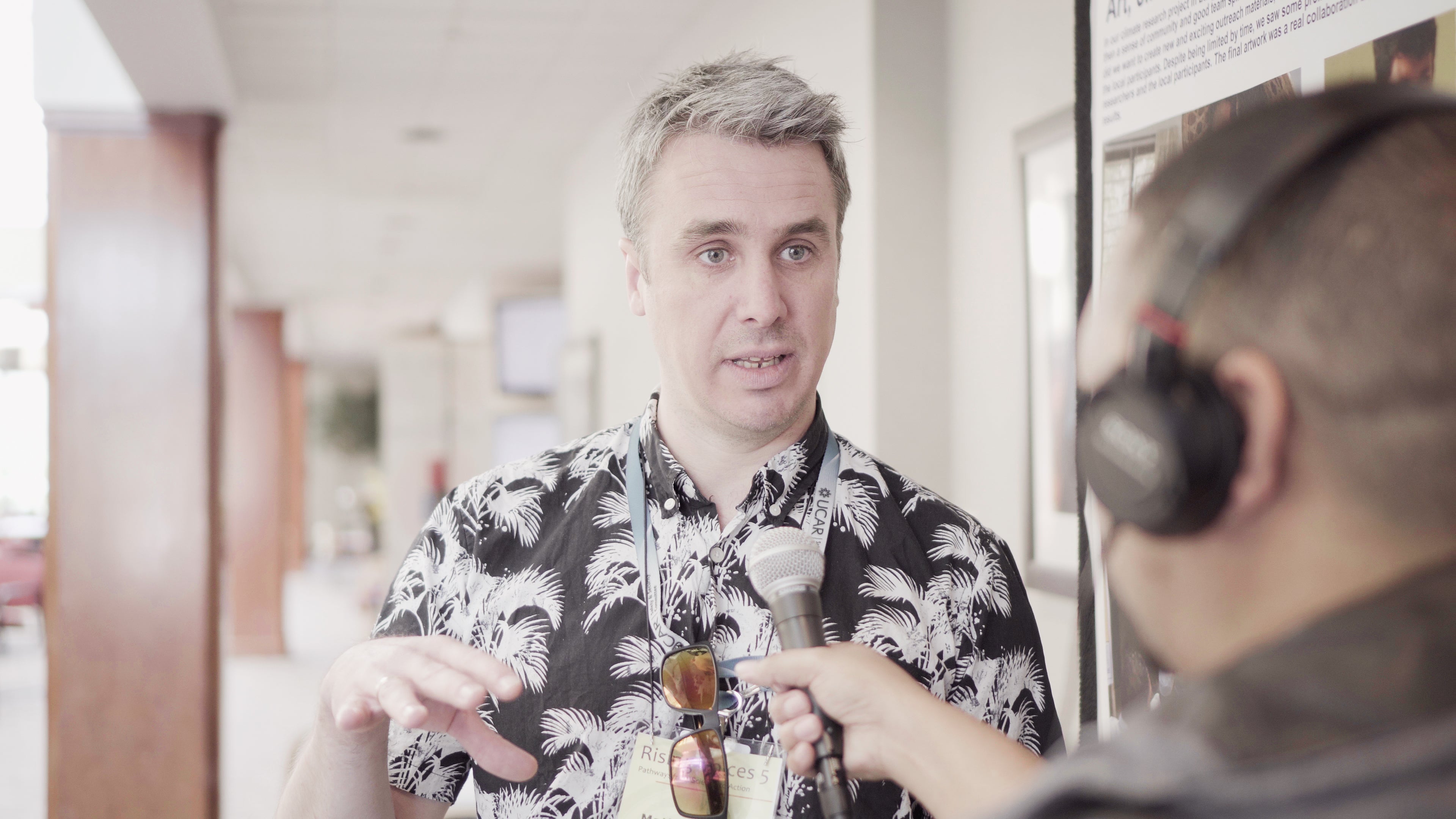 I work with communities in Bangladesh and have done so for seven years; my Ph.D. project was a climate science-based project. For the people of Bangladesh, the monsoon season during the summer is really important. I tried to apply definitions of the monsoons to the data so we could find out how long it was, when it started, when it ended. I quickly realized the scientific definitions of the monsoon—there’s a multitude of them—each one of them gives very different results when you apply it to the data. I was thinking, who am I to decide which one of these definitions could be applied to the data for information for the people? I actually ended up asking the people when they defined the monsoon to start and how they defined it, and it turned out that one definition was more representative of the people’s perceptions in Bangladesh. But it wasn’t representative of what the science world thought of the monsoon.

I realized that we needed more collaborations with social scientists and local communities, so we got this project TRACKS, which stands for Transforming Climate Knowledge. The approach we took was something called post-normal science, which basically says that everyone has a seat at the table when it comes to these issues. We went out to the communities at the beginning of the projects, asking them what weather and climate meant for them. We used those stories both to motivate the climate science but also to motivate the community approach as well. We’ve initiated community-based citizens’ science projects for creating community awareness, capacity building, and creating community around these issues in general.

I’ve always been fascinated with how science and art could work together. We’ve got this guy from Dhaka in Bangladesh involved in this project and he was really keen to come up to our workshops with the citizen scientists, interact with them, and then create an artistic piece of work from that. And the way he did that was he got all of the citizen scientists to use the artistic method, to draw and paint what they thought was important for them when it came to climate and weather. He circulated around the group and listened to their stories about climate and weather. And [then] he went back to Dhaka and created this piece of art. Instead of just creating that piece of art and hanging it up on a wall, he took it back to the communities and told them the story behind the artwork—how he incorporated their stories into the artwork and whether or not they agreed with how he had painted this. What the painting contained was different indicators that they use, mango buds, snakes, frogs, and fish, and then the impacts of these different climate events that can occur. I don’t think you have many artists who willingly change their artwork with a community like that. So it’s not just producing science or knowledge in that sense, it’s co-producing knowledge.

We as climate scientists, we think far too o en on the global scale. We really need to be thinking more about the community-level and place-based knowledge, getting these collaborations going with these communities. We never ask them about what they think of global climate change. [Our project has] always been about their place and the stories from that; in their region they used to talk about six seasons during the year and now there’s just two, for example. There’s more erratic rainfall and more intense rainfall—it’s taught me that we really need to focus our science and understanding down to those scales in order for these collaborations to work. The whole point of this project is that these traditional knowledge systems and climate science, so to speak, are at the table together.