The Intellectual Wealth of Indigenous Communities Is Being Misappropriated 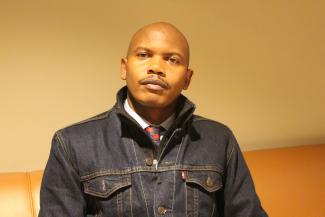 There’s no universally agreed upon definition of traditional knowledge, but in the context of the discussions at the Forum, it includes knowledge that is held by traditional communities and passed down from one generation to the other through oral tradition and apprenticeship. It excludes knowledge that someone gains as the result of formal education. In Africa, many communities are still living traditionally. They practice traditional livelihoods, including pastoralism and hunting and gathering, and therefore their lives revolve around their traditional knowledge of medicines, grazing routes, weather forecasting skills, and so on.

UNESCO piloted a program in six countries in Africa under the auspices of Knowing Our Climate, and what it did was help communities to document their weather forecasting skills. Communities can tell, using  traditional knowledge, whether there will be rain tomorrow or not. They can know whether there’ll be rain in the next six months or not. And that is what enables them to decide whether to shift into another village. Our research has shown us that pastoralists who are nomadic livestock keepers do not just migrate from one area to another. Their migration is informed by their ability to use traditional knowledge to know for sure, just as a meteorologist, whether there will be no rain so that they can move in order to serve their livestock and children and their lives more generally.

The intellectual wealth of Indigenous communities, the ability to know which plant treats what and how much to administer for a patient, is being misappropriated. We are reminding state parties under the auspices of the World Intellectual Property Organization to [hold] discussions relating to the protection of traditional knowledge. Currently the regime is rooted in the Western legal system, and therefore it falls short of protecting traditional knowledge. What we are doing as expert members—and this is based on the recommendations we get from delegates from all over the world—is that the World Intellectual Property Organization, in particular the intergovernmental council, should continue the discussions on how to protect traditional knowledge, and for us to track the discussions. We get data that genetic resources are being misappropriated at an alarming rate, and that is why we need things to be finalized as soon as possible.

This year has been declared the United Nations International Year of Indigenous Languages. Experts are telling us that two Indigenous languages are disappearing every week. Now, once we get the attention of countries and governments and scientists and social scientists and journalists, it’s one step ahead. Second is getting resources and educating communities, sensitizing governments, because some governments probably think it is just okay to witness these traditional Indigenous languages dying.

Apart from just a year of international languages, we may have the UN declaring a decade of international Indigenous languages. If that is done, I hope so many things will happen, including attention and raising awareness. Young parents, if you are blessed with kids, teach them your ancestral language. Teach them your Indigenous language because language is a transmitter of wisdom, of traditional knowledge, of heritage, of pride, of belonging, and so on. The declaration of the International Year of Languages, followed by the decade of languages, is a package that is full of good things, including reminding parents and policymakers that we have the duty to protect our traditional languages.

We did not want to hold a theme on traditional knowledge in isolation from language because we know language is the transmission system. Therefore, the failure to pass traditional knowledge from one generation to the other, first and foremost, is the language. But there are others, of course, including living far from the ancestral villages. If you are in the city you are working, and if you don’t visit your parents in the village, of course you will have challenges getting that knowledge transmitted to you as a younger  generation. But of all factors, language is number one because it’s the main carrier. Traditional knowledge is transmitted orally, using oral tradition. It’s not written anywhere. It’s very poorly documented. Therefore, language is really the game changer.