Head Up, Pencil Down, No Longer Invisible: Being Queer and Indigenous in Academia 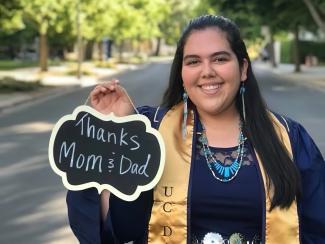 Boozhoo-aaniin, my name is Lindsey Balidoy. I am Bad River Ojibwe and Tiwa Pueblo. I am a scholar and an educator. I am a proud queer woman. I am a daughter, sister, friend, and relative. I am also someone who felt like all of these identities did not belong in the same place at the same time. That is, until I found a community of Indigenous scholars who refused to be invisibilized, teaching me what it means to decolonize my identity through academia.


I was born and raised in an urban, coastal, intertribal community. We heard from a multitude of voices from various Tribes, both around and outside of the area. We hosted powwows, shared meals as a community together, and navigated the experience of being away from our ancestral homelands together as a community. My identity as a young, queer Indigenous woman formed in this setting, with my spirit so nurtured that a passion for education blossomed.


Places of education have been both my savior and the biggest hurdle to jump through. The world was seemingly at my fingertips, but my idea of what the world looked like and academia’s idea of what the world should be are two competing ideas. I was told that only men and women can love each other, that the only way my people exist are through history books, and that only men can hold positions of power. My identities were labeled as ‘other,’ and I would have to hide who I was to fit into this setting of colonial academia. 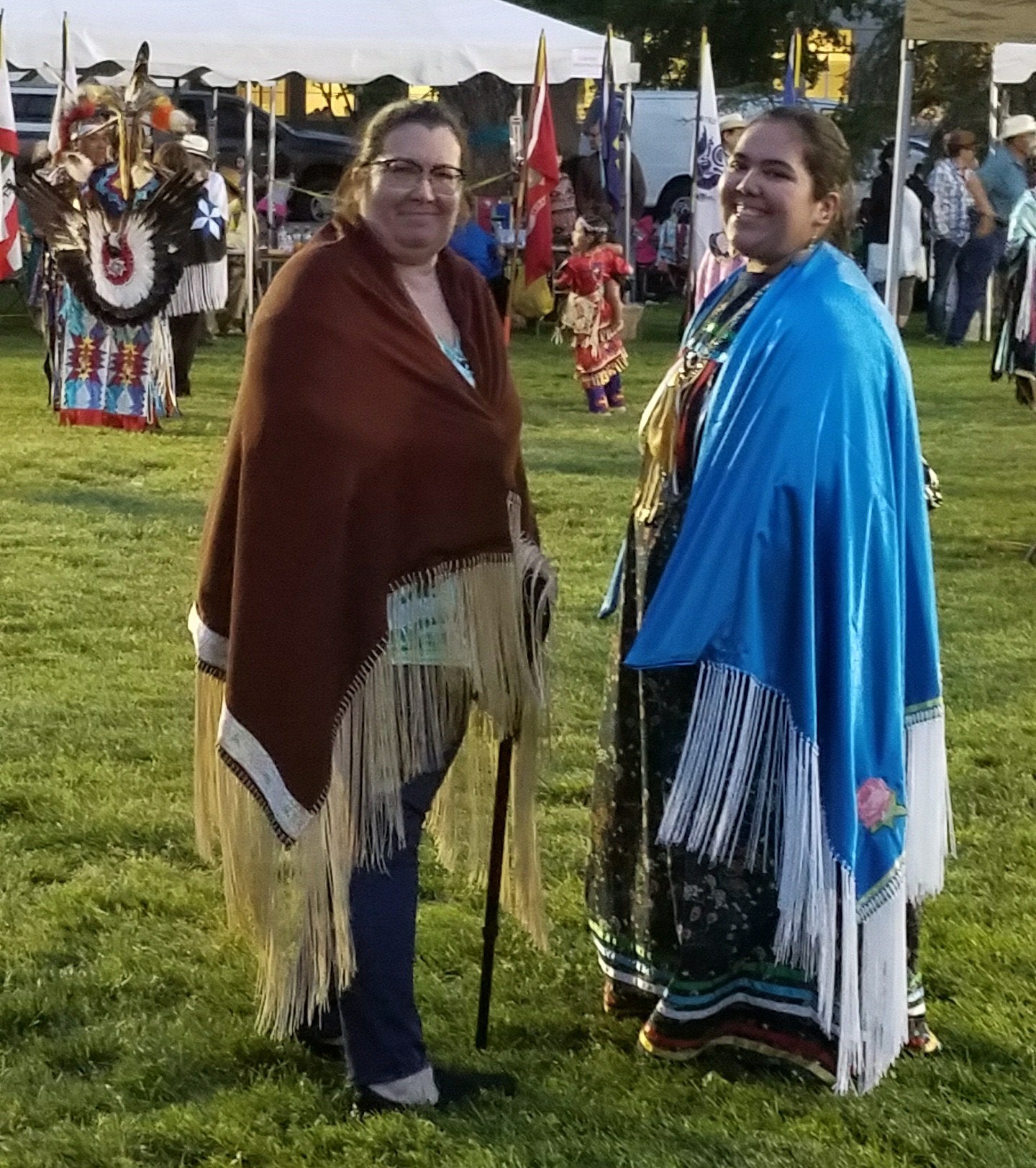 Lindsey Balidoy and her mother at a traditional powwow ceremony.

As I was entering my career as a student in higher education at my local community college, I found that it was easiest to push all of my identities to the side in order to blend in with everyone else. I was tired of being the only Indigenous gay woman in a room, just waiting for someone to say something offensive. It seemed like no one ever thought an Indigenous person could be in the same room as them, and I was tired of breaking the news. I went to class, did my work, and went home. All of this knowledge and opportunity was right at my fingertips, and I was going to do anything I needed to hang on to that hope. I bit my tongue, kept my head down, and went two years feeding into a system that actively was erasing who I was.


One day I was in the campus library writing an English paper about acculturation and how devastating it was to lose traditions that have been practiced since time immemorial. There was a lump in my throat that I would walk around with until my upcoming graduation. Was I being true to my culture, my people, and my ways of life by hiding who I was? Did my mother, grandmother, great-grandmother, and all the mothers before that fight for me to be here, just for me to forget? Most importantly, did I have the strength to battle this monstrous colonial system of academia?


When I first landed on a university campus, the easiest route seemed to be the one I had been following: head down, pencil up, continue to stay invisible. However, I was suddenly catapulted into a community of Indigenous warrior scholars that were loud and proud about who they were. I heard traditional greetings, saw students using traditional medicines like sweetgrass and sage, and encountered university employees who were Indigenous to California. My idea that I couldn’t share an academic space with my Indigeniety was beginning to shed because I saw living proof that it was possible.


I will forever be grateful for the Native Nest, a space on campus for Indigeneity to thrive. Officially called the Native American Academic Student Support Center, the Nest offers programs, services, and holistic support in a culturally relevant manner. This physical space allows Indigenous students to connect, explore our identities, and legitimize our presence on a big university campus. Built like a cottage, I learned how important  physical space was, how big of a deal it was having this designated location for us to gather. The Nest played a pivotal role in my own personal development and academic success.


The Native Nest is where our community of Indigenous scholars could work, conference, and just see other Indigenous people on campus. Sometimes we would watch movies, hold beading circles, or eat traditional foods together. Other times, all of the Indigenous leaders on campus would sit down together to plan our recruitment and retention programs for the year or help plan cultural events and celebrations. As a queer Indigenous woman who was learning how to take pride in my intersecting identities, my engagement in this space was a recipe for my success: the feelings of isolation and assimilation that led to my spiritual melancholy were replaced with feelings of belonging, empowerment, and healing.


Something that also developed around this time was my understanding of my sexuality and how it intersects with my Indigeneity, since I was beginning the process of unlocking all of the identities I had tucked away for so long. It was invigorating to be on a large university campus, away from the community I grew up in, and see open and proud expressions of self. It is radical to hold your sense of self at the forefront in any capacity, and the thought of doing it myself was incredibly daunting. In this moment, the values of being exposed to an intertribal community came to light, and I began to listen to and observe the Two-Spirit and queer relatives that walked before me. I saw those who faced unimaginable hardships but found healing and success in academia. I felt less alone, less pressure to have everything figured out right then, and more motivation to never hide my identity as a queer woman again.


I felt a renewed sense of self as a young, queer Indigenous scholar. I found myself approaching my academics just as studiously as before, but now was respecting, honoring, and exploring my own unique identity. My voice felt amplified and I was supported the entire way by people who understood what I was experiencing. I began to understand how deeply damaged our academic systems are, and how it will take a village—and more—to achieve the decolonial healing that higher education needs. Our own history must be taught, our own authors read, and our own voices valued. We do not have to settle for what has already been done, but can forge our own paths forward that honor our identities in their entirety.


After earning my bachelor’s degree in English, I continued on to a program for a master’s in Education. This is when I realized that in a room full of women, I can still feel invisible. I was away from the comfortability of an Indigenous community. Less than one percent of Indigenous students continue to obtain a master’s degree. That is the statistic that runs through my head every time I’m talked over, every time I’m told that I have to study only what has been done before, and every time I’m silenced from sharing cultural and spiritual knowledge in the classroom as an educator. 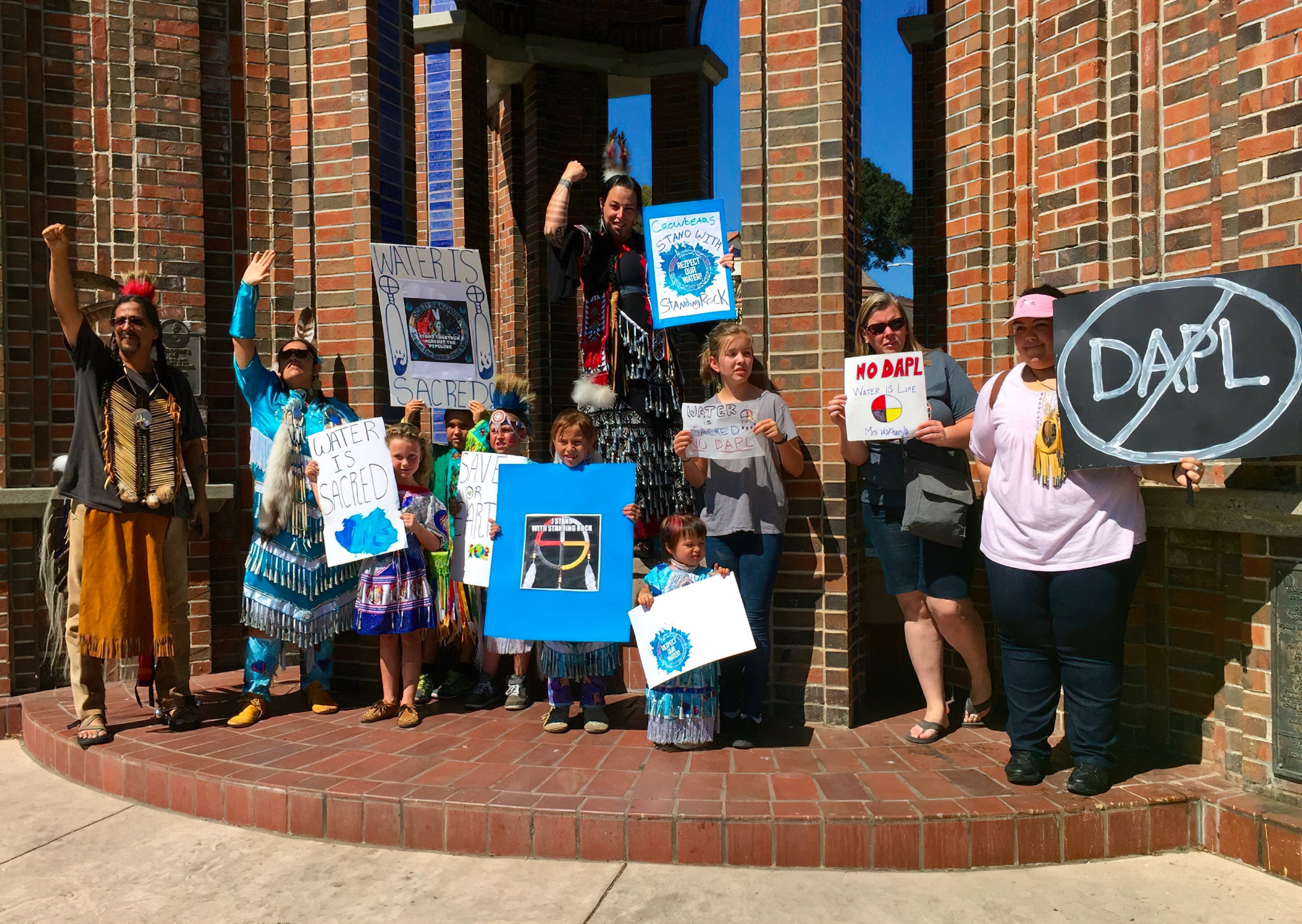 Intertribal community protesting against the construction of the Dakota Access Pipeline.

To say that it was easy or that I didn’t think of giving up a million and one times would be a complete lie. I cried and prayed every night, and even upset some people after voicing my thoughts and feelings to my non-Indigenous peers. But, as a teacher in the classroom, I now had students who were looking to me for guidance. Students, who, like me, wanted to be seen, heard, and valued. I was advocating for more than just myself now, but for the future of our communities. I did not want the next generation of students to keep their head down in silence like I did, but to walk with pride and confidence.


I am a proud Indigenous queer woman who is fighting to teach the next generation of Indigenous students to not hide who they are, but to celebrate every success and honor every struggle they may face in academia. My ultimate goal as an educator in the classroom is to create a safe educational environment where young Indigenous people can safely explore how their identities work together. It is time that Indigenous students feel seen in spaces of learning. Indigenous students deserve to thrive instead of just survive in academia, and be supported the whole way through with culturally relevant support systems.


I will continue this fight to decolonize academia through identity reclamation and celebration. The only possible way forward is to rethink, rebuild, and renew what it means to be the keepers of multiple identities that all deserve to be honored. We deserve to heal with our communities. We deserve to look to a horizon where being a queer Indigenous woman is not a hurdle to overcome, but a journey to celebrate.