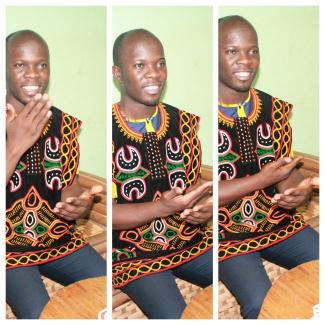 Ndu lies in Cameroon’s western high plateau and is home to the Wimbum Tribe, which consists of three clans: the Warr clan, headquartered at Mbot; the Tang clan at Tallah; and the Wiya clan at Ndu. The three clans are geographically interspersed but share the Limbum language. Limbum is a Grassfields language of Cameroon with a small number of speakers in Nigeria. It is primarily the mother tongue of the Wimbum people, who live in Donga-Mantung division of the Northwest Region at the top of the Ring Road. “Li” means language and “mbum” refers to the speakers. Limbum is therefore the languageof the Mbum people, who are referred to as Wimbum.

Today, Limbum has approximately 130,000 speakers; 85,000 of these live in Ndu municipality with most of them being Limbum speakers. With modernization and increasing urban exodus, Wimbum youth are forgetting cultural values imbued in ancient folktales, riddles, and proverbs, and little or no effort has been made to promote Indigenous language proficiency among hearing and speech impaired persons, rendering them further marginalized and increasing their vulnerability in their communities. In effect, persons with disabilities, especially hearing and speech impairments, are suffering twice.

While Indigenous language literacy is gaining in popularity in the local communities, sign language has not really found its place among Indigenous Cameroonian languages. Translations of Indigenous language alphabets, numbers, and words have yet be explored, preventing hearing and speech impaired persons from being able to fully appreciate the linguistics of their native tongue.

To help combat this trend, we are currently working on a Wimbum Sign Language Project with interpretation and translation primarily from American and British Sign Languages. Our goal is to give Wimbum people the opportunity to learn about their cultures and history. The direct beneficiaries of our project are women and men with hearing and speech impairment from the 17 villages in the Ndu municipality. Sign language teachers will develop community-oriented curricula, including proverbs, folktales, and other frequently used Limbum grammar that can serve the hearing and speech impaired, their families, and caregivers.

United Youths Organization is a human-centered, talent-promoting, youth-led NGO that seeks to improve the livelihood of vulnerable youths and their families, with or without disabilities, through innovative programs at the grassroots level. United Youths plays a frontline role in harnessing social change, sexual reproductive health and HIV/AIDS, and promotion of gender and disability inclusion. We are partnering with the Ndu Municipal Council and the Association of Persons with Disabilities to ensure sustainability of the project.

— Melvin Songwe Shuye is CEO and president of the United Youths Organization.