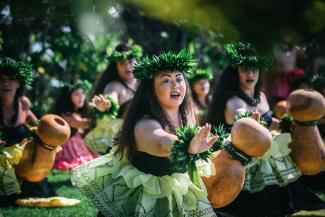 Hālau Ka‘eaikahelelani performing a hula kahiko (traditional ancient dance) using the ipu (gourd) at Kīlauea the active volcano on the island of Hawai’i.
All photos by Dino Morrow Photography.

As we move into these uncertain and rapidly changing times, business owners around the globe are bracing for huge negative economic impacts. Indigenous businesses are not immune to this; in fact, they tend to be more susceptible than their Western counterparts. And unlike in most industries, there does not exist a “best practices business model” for Indigenous businesses to follow and rely on.

One of the latest trends we often hear about is businesses reinventing themselves. However, for Indigenous businesses, it is not that easy. Indigenous Peoples are who they are, and have been so for millennia. They do not have the option to “reinvent themselves,” but rather have the opportunity to further ground their businesses in their identity and reinvent the way they interact with others.

It is crucial that Indigenous businesses remain flexible, nimble, and adaptive while at the same time being steadfast in their cultural grounding so as not to get caught up and overrun in this crazy business world. By being steadfast in their culture, businesses can withstand the test of time while normalizing cultural mores in their dealings. This is often done by building on their Indigenous worldviews, relying on connections and relationships, and allowing themselves to be guided by a higher power.

An example of one such business in Hawai‘i is Hālau Ka‘eaikahelelani. I am grateful that they have agreed to be highlighted in this article and share their path. This is a case study of what works for this organization. It is not a formula for success to be followed blindly, but rather an example that we hope will spark some thought and reflection into your own situation, and allow the answers to come to you. 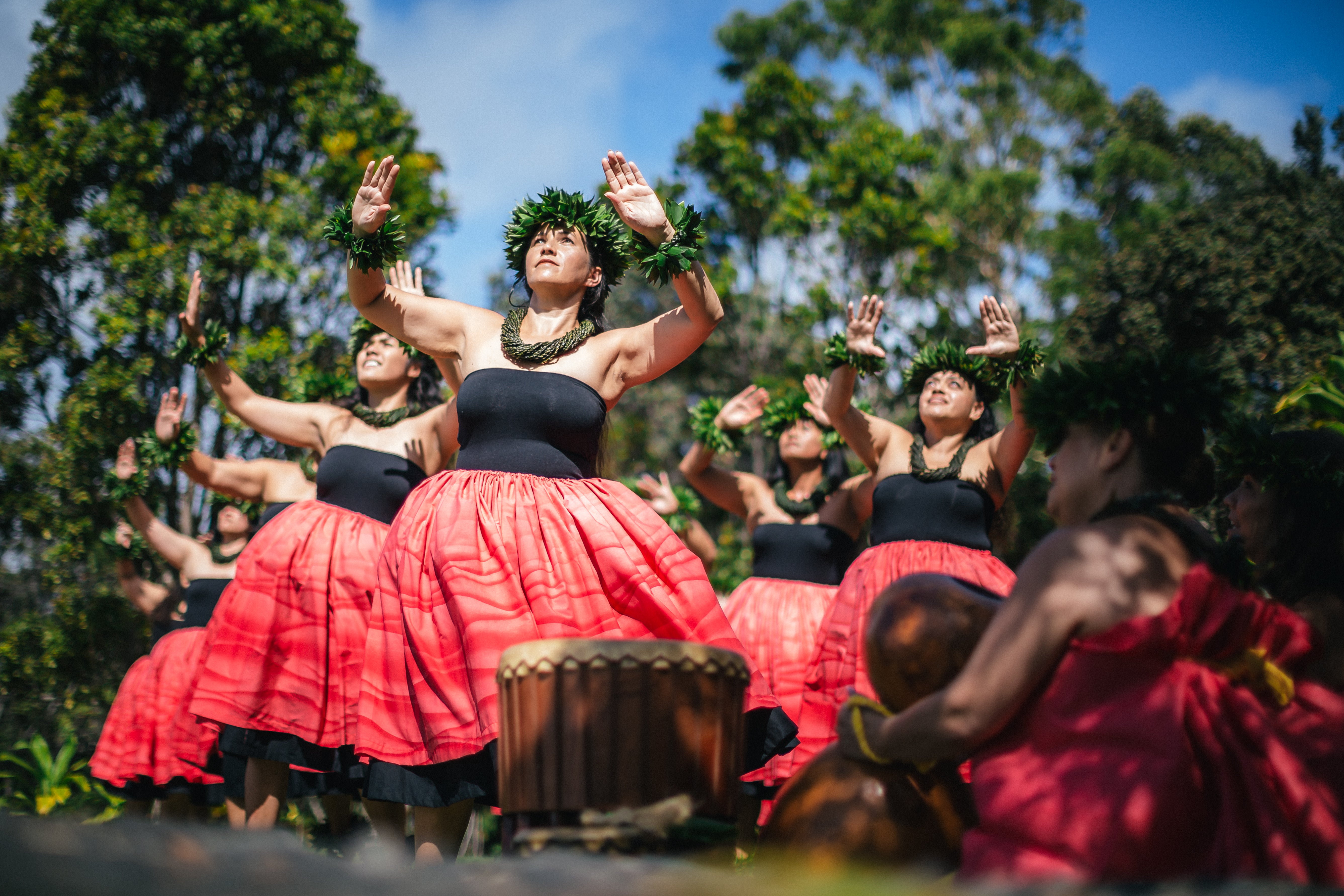 Hālau Ka‘eaikahelelani is known to many as one of a number of Hālau (schools of traditional Hawaiian dance and culture) in Hawai‘i. However, when one takes a deeper dive into their world, one’s eyes are opened to so much more. Hālau Ka‘eaikahelelani was founded in 2015 by Kumu Hula (Hula Instructor) sisters Yuki Ka‘ea Lyons and Lily Kahelelani Lyons. Both sisters come from a lineage of hula and have been dancing their entire lives. They both graduated under the guidance of master Kumu Hula Nani Lim Yap of Hālau Nā Lei ‘o Ka Holokū.

Prior to starting their own Hālau, they both had prominent careers of service through the Hawaiian culture. Ka‘ea is a certified Hawaiian Language Immersion teacher and has taught through ‘Ōlelo Hawai‘i (Hawaiian language) at the Pūnana Leo o Kona preschool, and at ‘Ehunuikaimalino, a K-12 public Hawaiian Immersion School on the West side of Hawai‘i island. She is also a prominent FM radio personality who is known for promoting Hawaiian language and culture on the airwaves to encourage all island residents to honor and respect the host culture of Hawai‘i nei, and teaches Hawaiian Lifestyles at the Hawai‘i Community College Pālamanui Campus. Kahelelani is a Hawaiian cultural resource professional and has worked in the visitor industry to strengthen and develop authentic native Hawaiian experiences while ensuring that the industry also gives back to the community in meaningful and culturally appropriate ways.

Why move from already successful careers to start a venture as Kumu Hula of a new Hālau? In speaking with the sisters, it is readily evident that hula changed their lives. It enhanced their cultural perspectives, grounded them in tradition, and catalyzed their desire to serve their people in a way that reflects the values of their ancestors. As this ‘ike (knowledge) was shared with them from their Kumu Hula, mentors, and family members, so is their desire to share it with others.

Any Kumu Hula will tell you that running a Hālau is not a lucrative business venture. Tuition in and of itself rarely covers the overhead of running the business. Kumu, as a necessity, have to be inventive and diversify. Some host concerts and do shows for tourists. Some hold workshops and have sister Hālau in other parts of the world. Some have become recording artists and use that income to supplement the Hālau activities.

Hālau Ka‘eaikahelelani engaged in most of the income-enhancing ventures that others have. But for them it has never been about the money. It is about advancing first and foremost the work of their kūpuna (ancestors), ensuring traditions live on, and having faith that their kūpuna will open doors for them. This has led to beautiful synergies and opportunities to conduct business in a very diverse and Indigenous way.

One of the first doors to open was a site for their Hālau. Many Hālau rent space in a warehouse, dance studio, or similar venue. This Hālau was guided to steward a piece of land where they could take their teachings back to where they belong, on the land. They are able to not only hold their classes there, but connect with the land through raising food and plants important to their hula traditions such as ipu (gourds) for percussion instruments, ‘ōlena (turmeric) for dyes and medicine, kalo (taro) for sustenance and ceremony, and much more. To validify the appropriateness of this path, they discovered during their research about the land that they have genealogical ties to this area, and not just to the other side of the mountain where they were raised.

The next door opened as they looked to expand their teaching overseas. There exists great desire to learn hula in other areas of the world and the sisters often traveled to teach, while students make the trek to Hawai‘i for immersive experiences. But to truly honor traditions takes constant practice and connection, which is difficult to do over large distances and infrequent touches. The sisters once again looked to the teachings of their kūpuna for the answers, and the answers came by example.

Hawaiian was originally an oral language; writing was introduced with the arrival of the missionaries. Contrary to the common belief that the missionaries taught the Indigenous people how to read and write and brought them into the modern ages, the reality is that the Ali‘i (chiefs) saw the value of reading and writing and made it possible for the people of Hawai‘i to learn. This is evident in the famous declaration by Kauikeaouli, King Kamehameha III, “He aupuni palapala ko‘u” (mine is a literate nation), and the nearly 95 percent literacy rate of Hawaiians during that time.

The Indigenous population took to communicating regularly through writing, and the first printing press west of the Rockies, named Hale Pa‘i, was established on the island of Maui. The canon of knowledge printed in the Native language that survives to this day numbers around 1.2 million pages. The Hawaiian people of that era truly ruled the technology of their day. It was this example that inspired the Hālau to “rule the technology” of today and start creating supplementary virtual content that could be shared over the internet. This included synchronous and asynchronous lessons, and has expanded to a diverse set of curricula. This forward thinking prepared them well for the distance learning that would be imposed on them due to the COVID-19 pandemic. 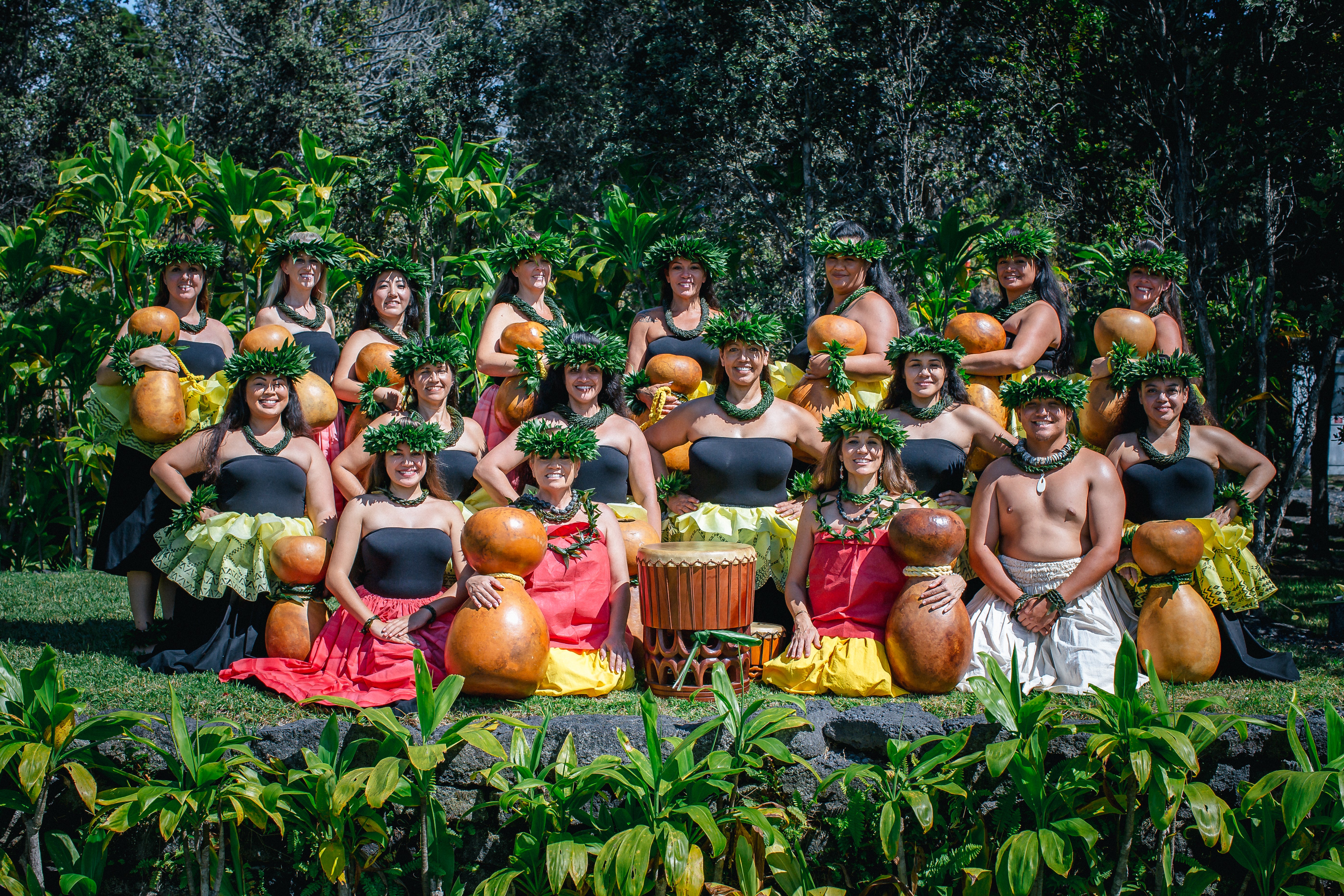 In the short time that the Hālau has been in existence, the needs of the community became more and more apparent and new doors started to open. So great was their desire to serve that they formed a 501(c)3 nonprofit to allow them to expand services in ways beyond the capabilities of the for profit (which they still run as a separate entity). Behind other doors were partnerships and relationships. Two examples of the many partnerships include The Cultural Conservancy, which awarded the Hālau a Mino Niibi grant for the Ho‘āla Hou project to re-Indigenize their spaces, and a Kamehameha Schools Community Investment grant to start up a Family Child Interactive Learning Program based on Native Hawaiian educational and hula methodologies.

As the realities and economic repercussions of COVID-19 set in and businesses started to hibernate or even shut down, Hālau Ka‘eaikahelelani has been able to adapt to the emergent needs of the community, sustain themselves financially, and have been busier than ever. In addition to their regular classes and programs that provide stability and connection for their learners, the Hālau and their members have stepped up as community leaders and connectors by distributing food, educational materials, and health supplies to those in need, and guiding other organizations to where the need is greatest. These acts of service are based on cultural values, including “‘O ka nui ma mua o ka pākahi:” by first serving the good of the whole, we strengthen the individual.

Hālau Ka‘eaikahelelani built upon their Indigenous worldview, relied on connections and relationships, and followed the guidance of those gone before them. Their success is not measured in dollars on a spreadsheet, but by the multiple returns that are priceless to those to whom it matters most. Cultural returns, educational returns, Lāhui (nation) returns, community returns, ancestral returns, and spiritual returns: these are the economies that matter most to Hālau Ka‘eaikahelelani, their leaders, their families, and their community. By these metrics, the Hālau is wealthy beyond compare.

— Kaimana Barcarse (Kanaka Hawai‘i) is the West Hawai‘i regional director for Kamehameha Schools and the program director and lead DJ of Alana I Kai Hikina on KWXX-FM. He also serves as chair of Cultural Survival’s board of directors and on the board of The Cultural Conservancy.


To read this article in Hawaiian, visit cs.org/paake.

All photos by Dino Morrow Photography.