Demanding Free, Prior and Informed Consent Across Borders: Making Rights Real in Colombia 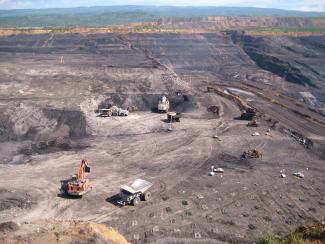 Author
Aviva Chomsky
In August 2007, two Guatemalan Mam anti-mining activists from Colotenango, Huehuetenango and San Miguel Ixtahuacán, San Marcos, joined a Witness for Peace (WfP) delegation to La Guajira, in northern Colombia, to meet with Wayúu communities affected by the world’s largest open-pit coal mine, El Cerrejón. WfP is a U.S. based grassroots organization that focuses on changing U.S. foreign policy and corporate practices. The delegates talked about the community consultation process that they had been organizing in Guatemala, based on International Labour Organization (ILO) Convention 169. ILO 169 states that before any development projects can be carried out in Indigenous territories, the communities must give their free, prior and informed consent (FPIC). In western Guatemala, the communities were organizing themselves to carry out consultations and were overwhelmingly choosing to withhold this consent and saying “no” to mining. The delegates shared the video Sipakapa No Se Vende which described how the community of Sipakapa used the community consultation process to organize to protect its land.
In the summer of 2011, another group of WfP delegates to La Guajira were shocked and distressed to see an enormous regional push to expand mining operations, including the diversion of 26.5 miles of the Ranchería River, the main water source in the arid peninsula. Dozens of Indigenous, Afro-Colombian, and campesino communities stand in the path of these increased operations. Colombia is a signatory to ILO 169, so the mining companies have been carrying out their own consultations. According to community activists, “The company has been carrying out what it calls ‘consultation’ but this is really just informing the communities, showing them the pretty face of mining and never telling them about its negative consequences. These kind of consultations only gather together some of the community authorities. They do not take into account the rest of the community. If the cabildos [councils] do not accept or sign the document that the mining officials have prepared, they are subject to pressure, and even threats. The mining company then takes the document to the Ministry of the Interior, and presents it as a prior consultation with the communities.”
Several organizations that have worked in solidarity in both Guatemala and Colombia were angry to see the exploitation of the process of FPIC. Not being experts on the process ourselves, we spoke with our Guatemalan and Colombian allies and came up with the idea of organizing a workshop to bring two Guatemalans active in the Consejo de Pueblos de Oriente, which has been a driving force behind the community consultation process, to share their experiences with the Colombians who had thus far only seen these consultations as a company tactic.
The workshop was held on November 18–20, 2011, in the Indigenous reserve of Provincial in La Guajira, with fundraising efforts organized by U.S. based organizations and thanks to a grant from the Social Justice Fund of the Public Service Alliance of Canada. The Guatemalans were impressed with the Colombians’ ability to bring people together— more than 100 delegates from 41 different Wayúu communities attended, as well as youth and children. “Initially the representatives who participated did not want to discuss consultations, because the mining company is carrying out a campaign to manipulate the consultation process in order to continue its expansion,” the Guatemalans reported. “We had to explain that community consultation is something different, it is a process completely in the hands of the communities, it is a democratic and legitimate process recognized by international actors.” The Guatemalan delegates emphasized two issues in the workshops that they led: the concept of defense of territory, and the need for communities to take ownership of the concept of FPIC and to arrange their own community consultations, rather than allowing the mining companies to “consult” them. Both of these resonated strongly with the Wayúu participants.
A formal document signed by all of the attendees concluded: “During these three days, as pueblos and communities, we listened and analyzed from different positions the social, environmental, cultural, and economic impacts that the mine has had in our territories. We also recalled how we lived in our territories before the mine arrived, and we examined the rights and guarantees that we are due and the extent to which these have been violated or protected by the companies and by the state during all of these years.”
A three-day series of events centered on the defense of territory emerged from the meeting. Members of the Wayúu communities reported, “This mobilization was held in the municipality of Barrancas and was a big success. After marching, we held a press conference in the municipal government offices in Barrancas with the media of La Guajira attending. We also made presentations of our traditional foods as a strategy to defend the right to food sovereignty, emphasizing the need for arable lands. We held traditional dances in each community to strengthen our culture.”

The communities that participated in this workshop also pledged to build a truly democratic community consultation process and to resist the companies’ attempts to take over and distort the process. The workshop’s final declaration called upon the Colombian government to nullify the results of the manipulative “consultations” carried out thus far. Participants vowed to carry out a massive education process to lay the groundwork for true community consultations, and to refuse to participate in any more company-organized “consultations.” The final declaration stated: “We have the right to give, or withhold, Free, Prior and Informed consent. This consent cannot be obtained under pressure from the companies. Representatives of these companies are contacting our Indigenous brothers and have arbitrarily entered our Indigenous and Afro-descendant communities. They are dividing families, ignoring our customs, traditions, community authorities, and ways of life, and the autonomy of small-holders. They are They are holding meetings, signing agreements with individuals, ignoring the fact that the land belongs to all of the members of the communities, and that 100% of the members should participate. Thus we declare, based on ILO 169, ratified by Law 21 of 1991, the Colombian Constitution and national and international law, that the companies should not be promoting consultations nor going into our territories without our consent and the permission of our community assemblies which are the highest level of governance in our communities.”

Free, Prior and Informed Consent (FPIC)
FPIC is the principle that a community has the right to give or withhold its consent to proposed projects that may affect their lands and communities. This principle is protected by international human rights law as “all peoples have the right to self-determination” and “all peoples have the right to freely pursue their economic, social and cultural development.” It is enshrined in the ILO 169  which only 22 countries have ratified to date) and the UN Declaration on the Rights of Indigenous Peoples (Article 32) which states:
1. Indigenous Peoples have the right to determine and develop priorities and strategies for the development or use of their lands or territories and other resources.
2. States shall consult and cooperate in good faith with the Indigenous Peoples concerned through their own representative institutions in order to obtain their free and informed consent prior to the approval of any project affecting their lands or territories and other resources, particularly in connection with the development, utilization or exploitation of mineral, water or other resources.
3. States shall provide effective mechanisms for just and fair redress for any such activities, and appropriate measures shall be taken to mitigate adverse environmental, economic, social, cultural or spiritual impact.
Global Response campaigns all assert Indigenous communities’ right to FPIC and support them when they say “no” to projects like mines, dams, and oil development that would affect them. FPIC means the right to say “no,” and also the right to negotiate with corporations to achieve the outcomes that the community wants for itself and for future generations.
Aviva Chomsky is professor of history and coordinator of Latin American Studies at Salem State University in Massachusetts. She has led several Witness for Peace delegations to the Colombian coal region.