In 1990, more than 60 percent of Cultural Survival's funds supported projects and other field activities among indigenous people and ethnic minorities in the Third World. Each year the final edition of Cultural Survival Quarterly reviews our approach to projects and project selection and outlines the program areas we have focused on in that year. Pages 86-87 contain a listing of activities supported in 1990, and in parentheses the issue of CS Quarterly in which the project is most thoroughly described. For additional information on a particular project, please contact Cultural Survival's projects assistant.

Our Approach to Projects

Cultural Survival's interrelated programs of direct assistance, research, publications, and advocacy were developed in response to the difficulties distinct societies experience during periods of rapid change. People in these societies are excluded from participation in decisions that affect their lives, not through any inability or unwillingness to change on their part. Often, gross abuses of basic human rights occur after gradual social erosion and economic marginalization have weakened a group's ability to defend itself. Our programs document these problems and work to eliminate some of their causes.

Our approach to field projects reflects our working definition of culture itself. A group's culture is made up of a set of social mechanisms that give a society its identity and allow it to comprehend its place in the world and adapt to changing circumstances as a group. Cultural Survival recognizes that all societies change and that many abandon their traditions of their own accord. By funding projects, we assist small societies in maintaining the aspects of their culture that they themselves consider important. Our organization responds to the needs expressed by indigenous peoples themselves, not to some outsider's idealized or folkloric image of an appropriate life. Most indigenous people want neither their lands nor themselves "frozen" from change and development.

Rather than designing projects, Cultural Survival generally responds to requests for assistance from indigenous communities, their regional organizations, or support groups. Given our limited budget, we can only fund a few of the requests received.

On occasion, when we cannot fund a project directly but nonetheless recognize the urgency of the problem it addresses, we accept it as a special project. Projects in this category generate their own funding and have specific project managers. Cultural Survival provides the organization with technical and fundraising assistance, publicity, and, in some cases, short-term funding.

To maximize the impact of our limited resources, we support projects, including special projects, that address problems faced by many small societies and allow for documentation and analysis. By addressing common problems we can respond to a few groups' urgent needs and, at the same time, generate case studies useful in developing plans and approaches for work elsewhere.

Cultural Survival's primary goal is to help indigenous peoples retain control over their lives and future. Our support - particularly to regional indigenous people's organizations (ethnic federations) in Latin America - often does not fund entire or discrete "projects"; rather, our contributions generally support a single segment of a group's overall program. In each case, however, Cultural Survival's concern is with the entire organization, its program, and the projects that program creates.

As the list of projects and field activities on pages 86-87 indicates, Cultural Survival has supported and will continue to support a wide range of activities through both direct support and special projects funding. However, in response to critical challenges facing indigenous people primarily in rainforest regions and on other fragile lands, Cultural Survival has focused on the following four related activities. Supporting Indigenous Organizations/Ethnic Federations.

Grassroots organizations have proved to be an effective voice for many of the world's indigenous people. Over the past two decades, such organizations have established themselves in many countries, particularly in nearly all Latin American countries. In responding to threats to indigenous people's lands and resources and their exclusion from most development planning that affects them, representative indigenous organizations (ethnic federations) challenge marginalization in the national and international spheres [see, for example, the COICA document, CSQ 13(4):75-78]. Ethnic federations were formed initially at the grassroots level to address local concerns; subsequently, their leaders recognized that other indigenous communities often face similar problems and challenges. As a result, they have united their local organizations to create pan-ethnic national and, most recently, international federations.

Such mobilization has been - and, for many, remains - an essential first step toward empowerment. However, to maximize their strength, ethnic federations must both protect indigenous people's rights and resources and provide opportunities for economic improvement in indigenous communities.

Indigenous people are acutely aware that the quality of their existence - present and future - is linked to controlling and managing their lands and resources. Lacking titles, however, they have seen their traditional territories in some cases devastated by indiscriminate logging or occupied by colonists in search of agricultural land. Land titling has been the first priority of most ethnic federations since their inception, and Cultural Survival has supported them in delimiting their lands, obtaining legal counsel, and presenting their claims to the government.

One of our priorities has been to help ethnic federations secure title to sufficient land to be able to also protect and sustain their natural resources. Our land rights program has evolved from the support of communal land titles for indigenous groups to the support of the legalization of larger indigenous territories, and the linking of indigenous land claims to resource management programs. The importance of this link is clearly stated in the Iquitos Declaration that resulted from the First Summit Between Indigenous Peoples and Environmentalists in the Amazonian Basin. The declaration calls for the recognition of territories for indigenous people to develop management and conservation programs.

The legalization of territorial land claims and the management of natural resources are both components of our recent support to ethnic federations. For example, the Colombia-Ecuador Awá Project has succeeded in obtaining recognition of a 105,000-hectare Binational Ethnic Forest Reserve. Project Pumaren in Ecuador has worked since its inception to obtain communal land titles, but is now working with member communities to design and execute a regional management plan under indigenous control, possibly following the legal precedent set by the Awá territorial reserve.

Lands once legally secured must still be defended. De facto control is often obtained through demonstrated use of natural resources; lands not under active cultivation are easy targets for legal or extralegal expropriation. Lack of land tenure security has thus encouraged ecologically destructive competition among indigenous people, colonists, agribusiness, and other economic interests.

Indigenous people undisturbed by external pressures generally manage their resources well. However, few, if any, are undisturbed, and most recognize that some change in land use is inevitable. Sustainable resource management techniques that combine traditional knowledge and new technologies benefit indigenous communities in numerous ways: they strengthen land tenure status by demonstrating gainful use of the land, they provide ongoing economic opportunities to the communities, and they offer a way to preserve and sustain lands.

Cultural Survival's work with indigenous federations in the area of resource management demonstrates the potential convergence of interests among indigenous people, national governments, and environmentalists - a union that in the past has proved elusive. Cultural Survival aims to strengthen the federations and thus promote more balanced interaction among indigenous people, national governments, and other organizations.

Cultural Survival is currently establishing international markets for indigenous groups' sustainably extracted products such as fruits, nuts, oils, essences, pigments, flours, and fibers. This program is a logical extension of our work in land rights, organization strengthening, natural resource management, and economic development. By providing markets for products extracted by indigenous people from undegraded forests, sustainable systems of agroforestry, or reforested degraded lands, we encourage nondestructive use of resources, increase economic opportunities for indigenous people, and support the growth of indigenous people's organizations. In addition, we seek both to educate consumers in the United States and abroad about indigenous tropical rainforest residents through informational packaging on goods sold through this program, and to generate funds for projects through the sale of these goods.

As we begin a new decade, we are developing and expanding our programs across a wide geographic plain. In 1991 we intend to expand our support for local resource management efforts and our marketing program, moving beyond Latin America to areas such as the Pacific and Asia. While our geographical focus expands, however, Cultural Survival's basic aim remains the same: to support indigenous people and ethnic minorities in their efforts to adapt to change, to protect their human rights, and to maintain their integrity and dignity as individuals and groups.

Project proposals have no deadline or formal application procedure. However, requests for funding should include, but not be limited to, the following: * A description of the purpose, history, structure, and program of the organization * A budget and summary of how support would be used to meet a specific program or need of the organization 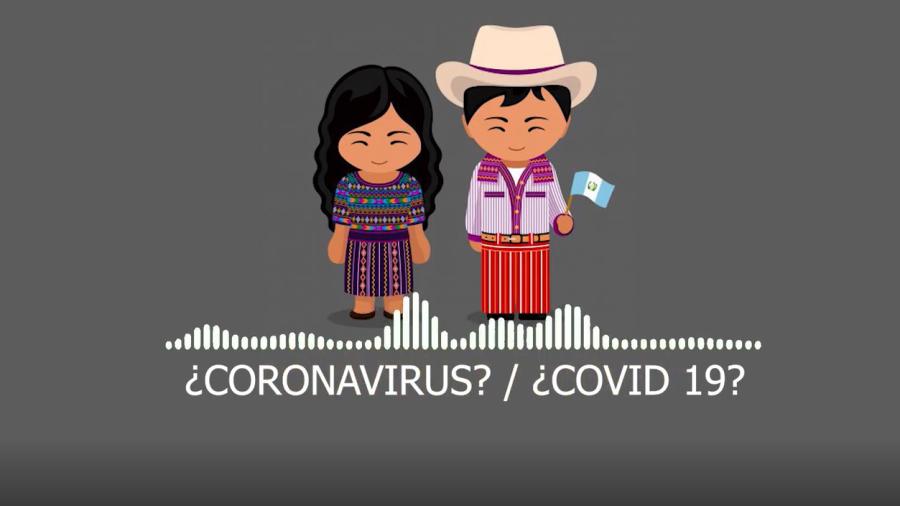 Your support is needed! 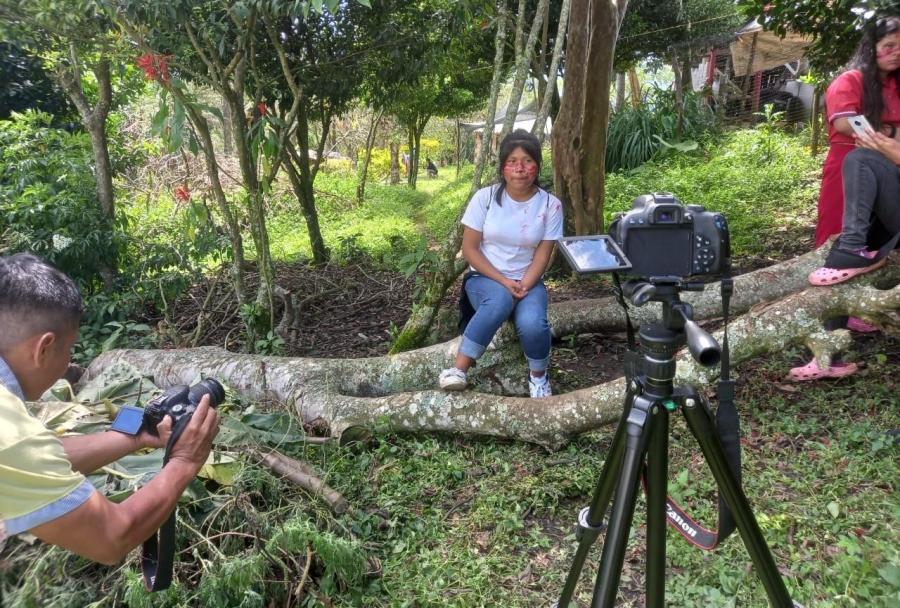 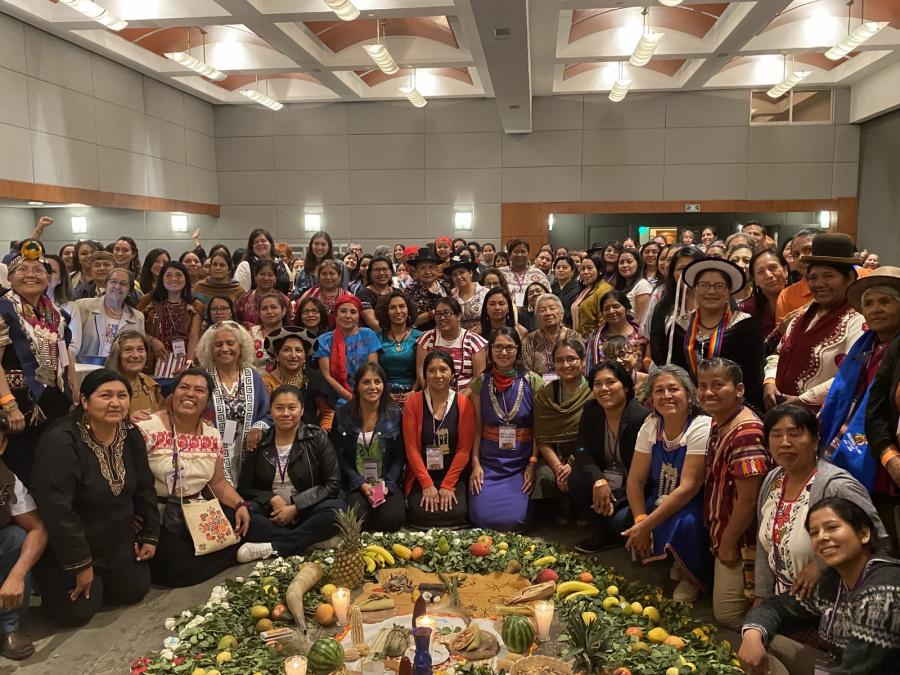