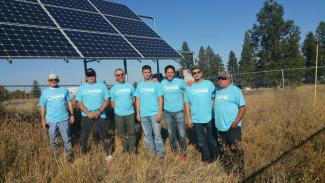 “We will preserve and enhance our traditional values by living and teaching the inherent principles of respect, honor and integrity as embodied in our language and life-ways.” — Spokane Tribe mission statement

Now that renewable energies are cost competitive with fossil fuels in many markets around the world, they are starting to be implemented as mainstream sources of energy in countries like Sweden and Costa Rica. More locally, many communities and Tribal Nations are also working on achieving energy independence through renewables. In pursuing its goal of being a true sovereign Nation, the Spokane Tribe of Indians of Washington is emerging as an innovative leader in attaining self-sufficiency.

The Spokane Indian Reservation is based in Wellpinit, Washington, encompassing approximately 250 square miles with a population of over 2,800. Over the past several years the Tribe has been engaging its community members in vision and strategic planning processes. They have refocused their efforts from basic survival mode as a Tribal Nation and community into proactively creating and implementing inclusive policy and economic development in alignment with their mission statement.

Guided by their core values, the Tribe evaluated their business dealings, supply chains, and partners; this involved looking into how companies treat other Indigenous Peoples globally, along with their human rights and environmental records. To turn their grocery store into a source of health and vitality, for example, the Tribe worked with the CEO of Spokane Tribal Enterprises to identify companies that reflected their cultural values, and now has a strategic partnership with Whole Foods, working towards achieving food sovereignty. They decided to do the same on the construction and energy fronts and only work with partners that reflect their values as a community, focusing on sustainability, efficiency, equity, and cultural relevance.

The Spokane Tribe’s major industry is sustainable logging, so they have devised a way to reuse the waste material generated by this industry to heat their largest community on the reservation. “There are two components of being energy independent: one is through energy production and the other is distribution of energy through the formation of a utility, in this case a Tribal utility authority, which the Spokane Tribe is establishing,” explains Jason Campbell, a Spokane Tribal member, Sovereign Power CEO, and Cultural Survival board member. Campbell has been tasked with planning and implementing energy independence through renewables. 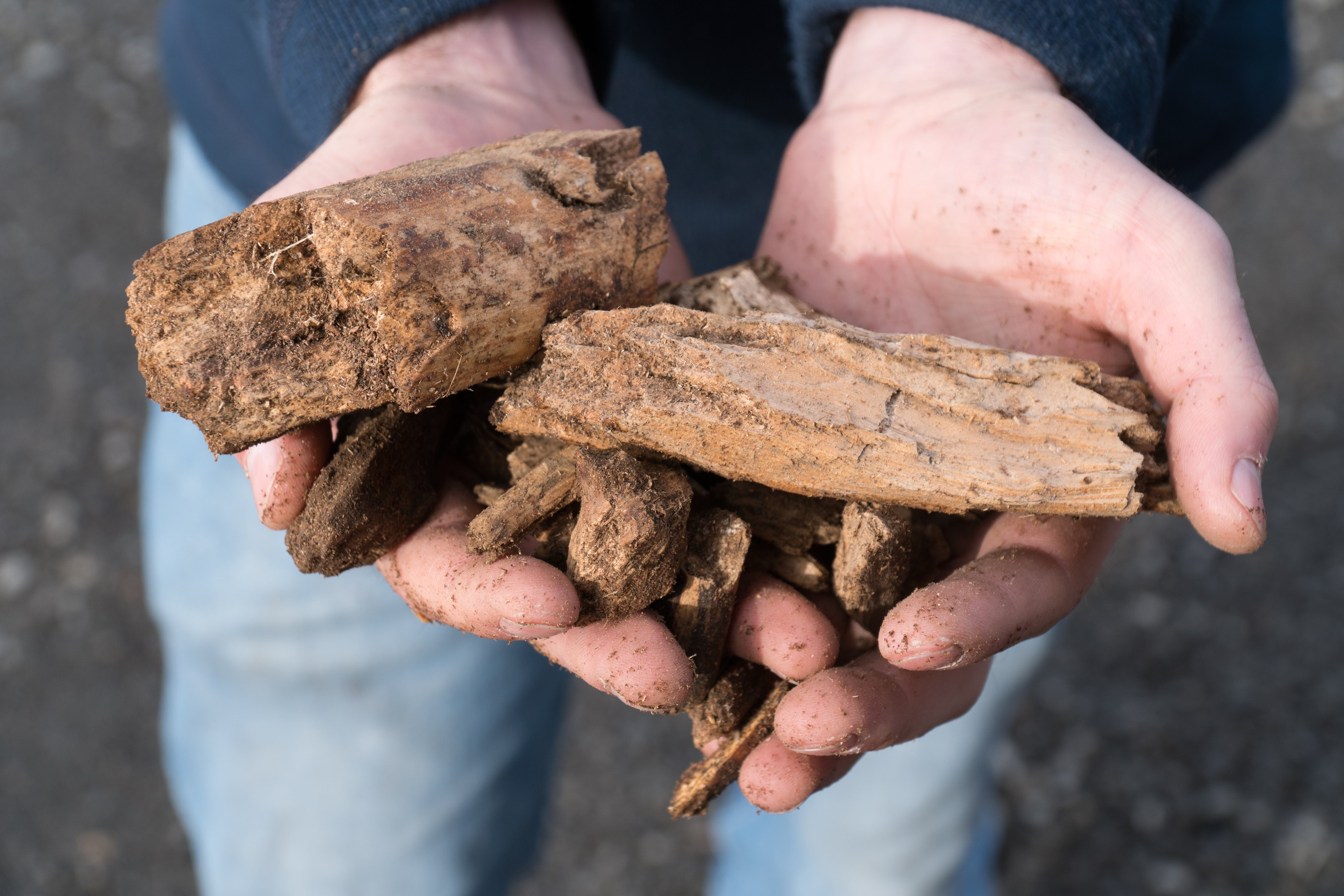 In order to heat the district, the Tribe will build a high efficiency, direct combustion biomass boiler system that uses wood chips, tree limbs, and waste from the Tribal logging industry to heat the water, which is then distributed throughout the district to heat the neighborhood. The Tribe partnered with Sovereign Power, an energy marketer that provides Tribal Nations with clean, renewable energy and works to leverage Tribal Nation wealth preservation through job creation in installation, servicing, and manufacturing; lower utility bills; and risk mitigation. “Not only does this process create and distribute energy, but it is also creating jobs for those services to the community. We are very much at the front end of this initiative,” Campbell says. In a 41 percent unemployment labor market, six to eight full-time jobs in installation and servicing of renewable energy technology make an impact on the community. “We are now in the position to showcase biomass technology as one of many sustainable models in the energy sector,” Campbell says.

Generating Power from the Sun

Since 2015, the Tribe has also partnered with a large scale solar power provider, GRID Alternatives, an Oakland, California-based nonprofit organization that provides solar power and energy efficiency to low income communities. Together, GRID Alternatives, Sovereign Power, and the Spokane Indian Housing Authority are deploying solar photovoltaic cells (PVs) on the reservation for low income families. “Some folks were paying over $600 a month in utility bills to off-reservation, non-Native utility companies. This type of independence protects us from rate increases by utility companies. As a Nation, we have to look out over the next 20 years and beyond and mitigate so we are not at the whim of utility companies. Building energy independence minimizes rate increase risk, environmental risk posed by natural disasters and climate change, and political risk at the local and regional level,” Campbell says. Due to climate change and the reduction of snowpack levels in the region year after year, hydropower production levels are projected to fall and costs are expected to rise.

With the expertise of GRID Alternatives and Sovereign Power, another community solar project is in the works to serve elders, the Spokane Indian Housing Authority, Tribal government facilities, and the Wellpinit School District. According to Campbell, the impetus for creating this project was the ever-present risk of wildfires. Recent wildfires have caused havoc, leaving residents without power, which was especially dangerous for elders who rely on refrigerated medication or oxygen tanks. Many had to be moved to the school for access to electricity. The project will provide power for senior housing, the housing authority campus, the elder center, and the long house, and will serve as a backup for the school district.

“The vital part of the equation is to have efficiency in delivery, design, and construction. Buildings cannot leak,” Campbell says. Hence the Tribe’s effort in increasing efficiency in existing structures and building new construction with the latest Leadership in Energy & Environmental Design (LEED) standards. “Our goal is to have our own energy plan for the reservation that is inclusive of the government, private, school, and residential sector,” he says.

To many, the financial burden of switching to renewable energy seems high in the short term as it requires significant upfront investments. “Most audiences only focus on five to seven years ahead. As a Tribal Nation we will exist in perpetuity, and we have to take into consideration the long term risks. This is a model for sovereignty. We have to take control of our own energy needs. Investment in the long term is in our best interest by building infrastructure for power generation, distribution, and service,” says Campbell.

Campbell says the Tribe has been taking advantage of state and federal incentives through the Department of Energy, U.S. Forest Service and the Department of Interior, which offer grants, rebates, tax credits, and other incentives for switching to renewables; design and construction of new structures; retrofitting for energy efficiency; and labor training on Tribal lands. There are also tax credits available for using Washington State-produced solar panels, and the Tribe is researching possibilities for the creation of manufacturing jobs related to renewable energy equipment on Tribal lands. These programs, along with private matching investments, are allowing the switch to renewables to become a reality and will increase local capacity by creating employment for Tribal members, thereby putting the Tribe on a path to energy self-sufficiency.

Within these programs, crucially, Campbell says the Tribe is proactively seeking opportunities to include their youth. “Working with the middle school and high school on renewable technologies, you have the implicit lessons conceptualizing self-determination. They are conceptualizing themselves as the industry leaders rather than an employee of the system, and can demand that what gets designed around them is efficient, healthy, income-generating, and reflects their cultural values. This is such a fundamental shift. The net goal is that we create and embed in our community, in our youth, the pathway and roadmap based on our vision and mission of sovereignty and sustainability.”