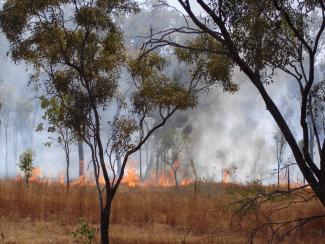 As of January 14, 2020, bushfires in Australia have devastated more than 46 million acres of land, killed 35 people, and destroyed more than 2,700 homes. In addition to the immense loss of human and plant life, a staggering 1 billion animals are estimated dead, and the death toll of kangaroos, koalas, and others continues to rise. As much as one-third of the koala population may have perished since last September. Drawing on traditional knowledge, Indigenous leaders have advocated for changes to current land management practices for decades to help limit anticipated future fire damage. Aboriginal people have a deep knowledge of their lands, and traditional burning practices can help prevent massive destruction.


Shannon Foster is a Sydney D’harawal Knowledge Keeper, educator, and artist. She is currently pursuing a Ph.D. with the Center for the Advancement of Indigenous Knowledges at the University of Technology in Sydney. Shaldon Ferris (Khoisan), Cultural Survival Indigenous Rights Radio producer, recently spoke with Foster. 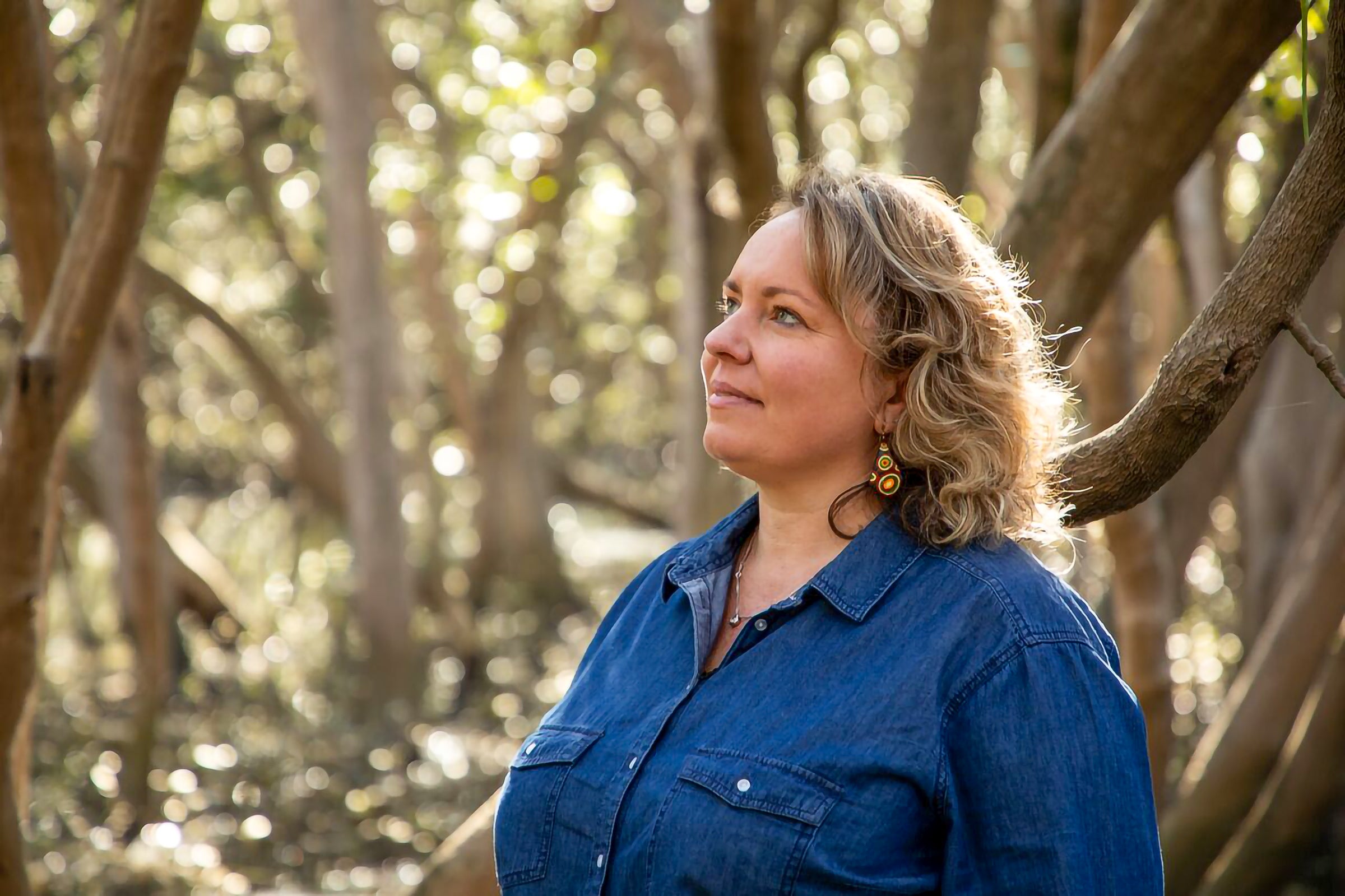 
Cultural Survival: Please tell us about your community.
Shannon Foster: I’m a D’harawal Saltwater woman. We’re Sydney people but we also extend very far south through New South Wales and out west. My family have always been here in Sydney. We’ve survived colonization. We’ve been told most of my life that we’re extinct, that we didn’t survive and that we don’t exist. I’m here to say that we didn’t just survive: we thrived. Our stories are still here, our cultures are still here, and it’s time for people to hear them.

CS: Were there signs that there would be a disaster of this scale? Is there a way of foretelling?
SF: My elders have been saying for at least a decade, if not longer, that there’s definitely going to be severe bushfires at some point in the very near future. What is happening is because of the implementation of what contemporary people call ‘back burning.’ They have witnessed Aboriginal people using fire to manage and to look after country and they interpreted that as back burning, which is just burning parts of the landscape to protect other parts. That’s been implemented throughout Sydney and throughout many parts of Australia. The problem is that back burning is a very simplistic and naïve version of an incredibly complex and diverse and holistic system of land management practices employed by Aboriginal people here in Australia. And what it has done is ensured that assets and the built environment like houses and roads are protected. But what it doesn’t take into consideration is that the country, the land, and the plants also need protection, so when a fire does break out, it won’t reach homes and roads and things.

CS: From an Indigenous perspective, how did the current situation come to be? Could it have been prevented?
SF: We’re pretty used to fires here in Sydney and in Australia. The problem is that a lot of the countryside in the past has been left quite untouched, so kindling and fuel like leaf litter has taken over and has become dangerous. We would have managed that by doing small, cool, slow burns in an ongoing way across time so that leaf litter couldn’t build up. What burning also does is encourage biodiversity in the ecology. It stops infestation species that we have here in Australia that are very dry, hardy, drought tolerant plants that leave behind incredibly dry and fuel efficient foliage and branches. There’s a few different things going on that leads to this environment that is just ripe for a huge fire to break out and to then consistently burn in a really hot and damaging way. It’s completely opposite to the kind of fire that is employed through Aboriginal fire technologies and land management practices.

CS: What is traditional fire and land management?
SF: In a nutshell, it’s very complex. It’s a sensitively balanced, holistic version of the ways in which our cultures, our stories, our songs and our Songlines, and the earth and humanity interact together. We would use what we call slow burning or cool burning, and burning that is just about knee high that just keeps the lower levels of the forest floor clear and clean and doesn’t leave behind any fuel for larger fires.

CS: What benefits does burning have for the ecology of a piece of land or country?
SF: There are many reasons why we do these cultural burns and why we need to burn. When we burn, the ash creates a natural fertilizer from the earth, which then feeds the plants a much higher level of potassium, which then allows the plants to flower more profusely. It also allows for native plants to propagate. Many Australian native plants have an incredibly hard outer coating on their seeds in order to survive drought and to survive harsh conditions, even to survive fire. A very soft, cool burn will help those seeds propagate; it will help break open that outer coating, the pericarp, and allow the seed to propagate much more readily than if there was no fire available. Then we have smoke water, which is the water that is accumulated after a fire, or even before a fire, where the ash sits within the water and helps fertilize the land and propagate seeds. It’s really complicated and interwoven; everything responds to everything else. It is a very necessary and vital part of our culture as a people, but also our ecology and our spaces and our places around us and our interactions with both.

The reasons why we burn are interrelated with our songs and our stories. We also need to burn to create pathways and keep pathways open to our sacred sites and to the sites that we might use every day. Throughout my lifetime I’ve watched sites become overgrown by a really invasive species called prickly tea tree, which makes it almost impossible to get through without the use of a machete to be able to cut back plants (which technically is illegal, and if we were caught by the National Parks and Wildlife we would be fined and charged) to be able to access our sites. The problem that we’re having is that the diversity of the species, our ecology, is so different now. These infestation species can take over because the other species aren’t being propagated quickly enough through the use of fire. Scientific evidence has shown that the Australian plants and ecologies have been exposed to fire consistently for up to 80,000 to 100,000 years. It’s an under-researched area that really needs a lot more work.

CS: What would be an ideal situation in the future?
SF: As it always is with colonization, the knowledge and the stories and the technologies of the colonized people are dismissed and overwritten and completely erased from any of the mechanics of society in order to take over the space and the land. Governments have one set of criteria, which is to protect assets—money, insurance, policies, all those sort of things—while Aboriginal people are wanting to protect the land and the space for many different reasons, and a lot of them do not equate to money or to a bottom line dollar figure. I think there’s two very opposing forces there. To top it off, the ways in which a colonizer government works is that there’s all different areas who have jurisdiction and legislation over very specific parts of the story. You need to petition
many different government agencies and departments. There’s National Parks and Wildlife, there’s the Office of Environment and Heritage, there’s the local council areas, there’s the land council areas, and there’s the Aboriginal communities as well as the non-Aboriginal communities.