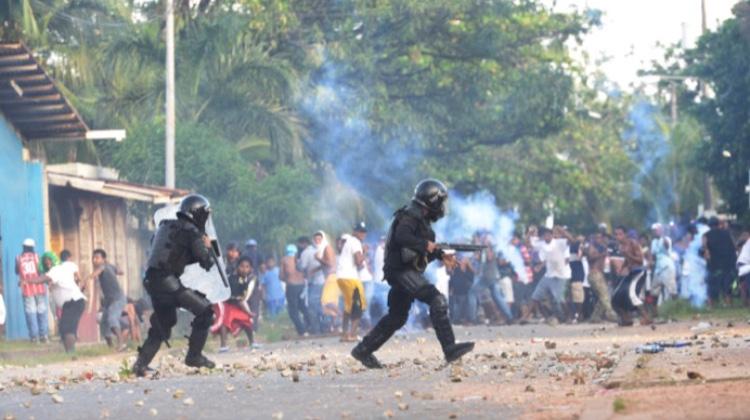 The Miskitu Yatama (Yapti Tasba Masraka Nanih Aslatakanka/Children of the Mother Earth) organization remained silent during last week’s violent protests in Nicaragua, ignited by the government’s April 16, 2018 approval of social security reforms. Many Miskitu people on the Nicaraguan Caribbean coast claimed the Instituto Nicaragüense de Seguridad Social (INSS) reform was not their fight, as Miskitu fisherman and lobster divers were excluded from the national system of social security and would not retire with pensions. Yet, they were supportive of the larger issue of the protests -- the end of the Ortega dictatorship.

The Yatama Youth Organization released a statement on April 25, 2018, a week after the protests began, affirming their solidarity with the Nicaraguan university students now calling for President Ortega to step down. That evening by phone, the long-term Yatama Director and Nicaraguan congressman Brooklyn Rivera framed Yatama’s fight solely within the framework of Indigenous rights. Rivera stated, “We are still fighting for the same rights we have always fought for.” The Miskitu leader mentioned their right to saneamiento (the removal of mestizo colonists from Indian lands), as stipulated by Nicaraguan law 445; elections by ley consuetudinaria (customary law) in the autonomous regions, as ruled by the Inter-American Court of Human Rights; and fortification of the autonomy process (law 28).

Like an elderly statesman, Brooklyn Rivera sounded hopeful that he could use his position as an opposition congressman in the National Assembly to advance Indigenous rights during the up-coming dialogue for peace with Ortega’s Sandinista National Liberation Front (FSLN) government, to be mediated this Sunday by the Catholic Church and headed by Cardinal Leopoldo Brenes. The interviewer suggested that Yatama is well-positioned as an opposition party to the FSLN in the up-coming regional elections in November 2018. Rivera insisted, “Yatama will not enter any elections if there is not electoral reform first.”

Fraudulent Elections:  A History of Violence

Yatama broke their alliance (2006-2014) with the Sandinistas, partially due to alleged electoral fraud during the 2014 regional elections. Indeed, Yatama claimed the FSLN stole the last three elections--the 2014 regional, the 2016 general, and the 2017 municipal elections. After each election, Yatama held peaceful marches but were met with force and attacked by the police, antimotines (riot police) sent from Managua, and the Juventud Sandinista (armed Sandinista youth gangs).

In the 2017 municipal elections, Yatama lost control of its remaining municipalities in the North (RACN) and South (RACS) Caribbean Autonomous Regions. Violence erupted in three towns along the coast. In Bilwi, the capital of the RACN, the police and riot police (antimotines) stood by watching as paramilitary Sandinista turbas (youth gangs) burned Yatama headquarters and radio Yapti Tasba to the ground, toppled the Indian statue in the town center, subverted the green Yatama flag with a black and red FSLN flag, and attempted to shoot Yatama leader Brooklyn Rivera, who escaped.

Police arrested one-hundred Yatama members and detained them in jail for more than a month. Like the university students recently persecuted by the FSLN in Managua, Yatama peaceful protestors were called ‘delincuentes’ and accused of looting stores and setting fires to public property. The state criminalized both groups of protestors--Yatama sympathizers and university students-- to justify using force against them. Similarly, the state attacked, detained, disappeared, and murdered university students last week in Nicaragua. Captured and shared through social media, the vivid videos of government repression served to vindicate, support, and liberate the formerly criminalized Yatama protestors. 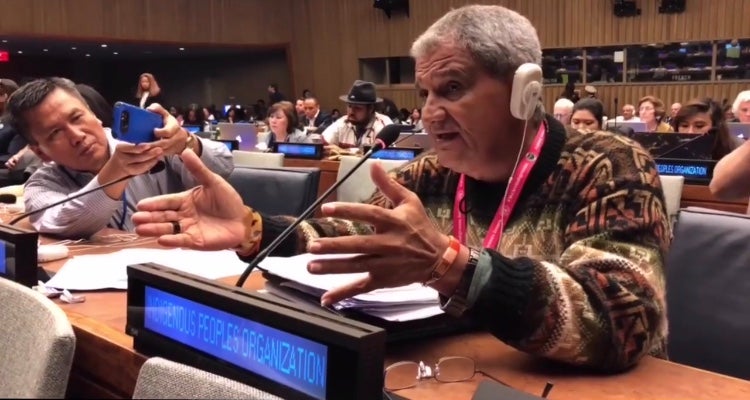 Yatama members remained glued to their smart phones and social media all week, watching university students fight and broader society organize massive protest marches in Managua. They replayed the video up-loads of the fall of Chayopalos, the metal trees of life placed across the capital that have come to symbolize the First Lady/Vice President Rosario Murillo’s overreaching power and the government’s wasteful spending of scarce resources. Like a dream come true, they envisioned the Ortega-Murillos stepping down from power.

Rivera was busy fighting for Indigenous and Afro-descendant rights at the 2018 United Nations Permanent Forum of Indigenous Issues in New York, when the protests began in Nicaragua. He commented in retrospect, “I was not surprised by the protests. The Nicaraguan people are tired of the Ortega regime.”