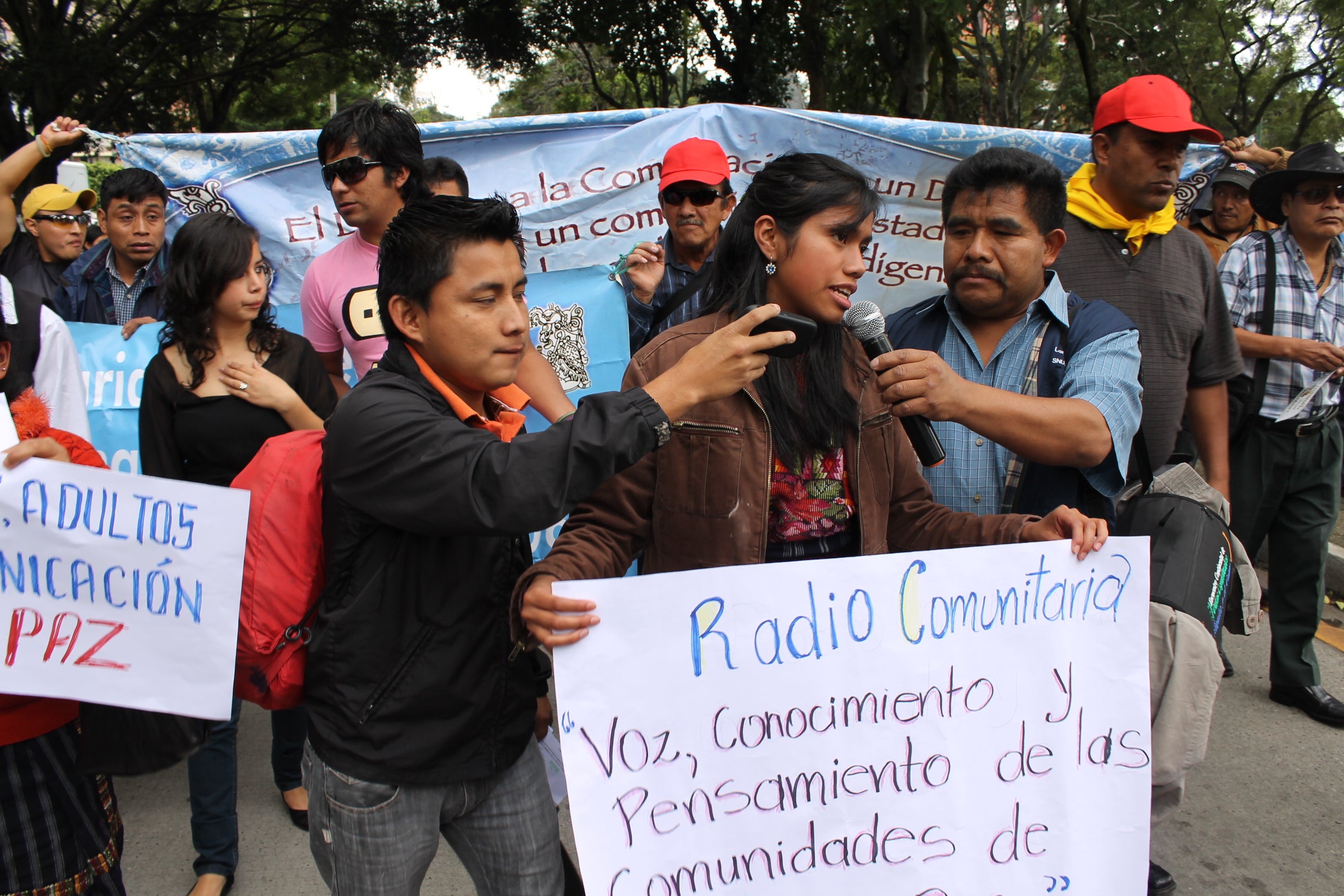 Today, February 13, is World Radio Day, a day that is dedicated to celebrating radio as a medium. What better day to come together and combat the forces that are working against Indigenous community radio in Guatemala? Cultural Survival's community radio partners in Guatemala are currently fighting for their right to freedom of expression through community radio.  Now, a new bill in the Guatemalan congress,  Bill 4479, proposes a reform in the criminal code that would sanction the imprisonment of individual actors and representatives of unlicensed stations, effectively criminalizing community radio with a penalty of up to 10 years in prison.

This bill is a threat to dozens of community radio stations that base their existence on the promises made in the Guatemalan Peace Accords, the country’s own constitution, and the UN Declaration on the Rights of Indigenous Peoples.

Since 1996, when the Peace Accords were signed, community radio has become an important means of communication for Indigenous groups around Guatemala. Even in small villages without electricity, it is likely that most families will have a battery powered radio in order to stay informed on important issues and listen to traditional music and educational programming.

These radio stations currently find themselves in a precarious position, constantly threatened with the possibility of police raids. Many fear that with the passage of Bill 4479, community radio stations would have to close their doors.

Recently, Cultural Survival staff visited Radio Damasco in San Pablo, San Marcos, which was raided by the police in mid-November of this past year. Their equipment was seized, and they have been off the air ever since, leaving their large community of supporters and listeners without a voice. Lacking the funds to purchase new equipment, the Damasco team and its supporters from the community remain hopeful, brainstorming ways to start over.

Justo Momzom Sali, a member of Radio Damasco, shared his tearful story of the raid and what it meant to him. Along with all of the equipment, the police confiscated documents identifying Justo as the legal representative the radio station. His family now fears for his safety, worried even at the idea of his meeting others at the radio station. He said his tears were a result of feeling powerless to defend something so vital to the community. According to Justo, Radio Damasco is "a necessity for the community.  We need to stress how important it is that a space be made for our voices, for the voices of our community". Currently, the Radio Damasco staff, volunteers, and the community are trying to raise money to purchase new equipment so that they may have a "meeting place, a place to come together, to share knowledge again", to stay updated on important news and information for the community.

With the passage of Bill 4479, the risk would be too high for most community radio stations like Radio Damasco to continue to operate. People like Justo would face hefty jail sentences. On World Radio Day, we ask that everyone come together against Bill 4479, for radio stations like Damasco, whose presence within the community should be protected by law, not threatened.

Take action by sending a letter to Guatemalan congress, denouncing Bill 4479, which infringes on the rights of the Guatemalan people.