World Conference of Indigenous Women: Progress And Challenges Regarding The Future We Want 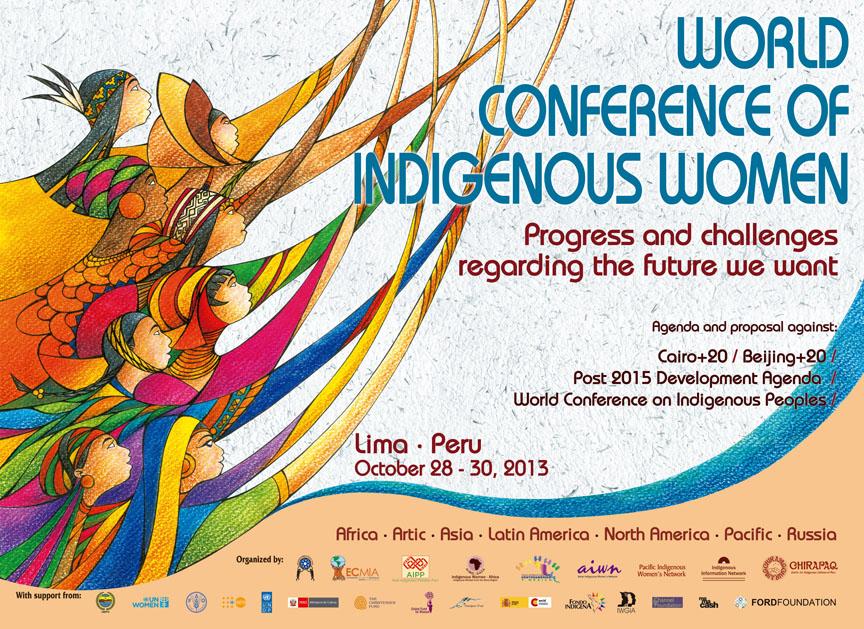 On October 28 - 30, 2013 in Lima, Peru over 200 Indigenous women from all over the globe will gather in preparation for the UN World Conference on Indigenous Peoples in September 2014. The conference is a strategic opportunity that will enable Indigenous youth and women from the seven regions of the world to be informed, reach consensus and establish a common, political statement as a world-level Indigenous women's  movement.

Indigenous women from various regions of the world have made great efforts to ensure that, together, their demands are heard. They have had a key role in the negotiation process of the Declaration of the Rights of Indigenous Peoples that was adopted finally in 2007 and also in the establishment of several specific mechanisms in the United Nations framework. The participation of Indigenous women in the Permanent Forum on Indigenous Issues is an example, where their voices have transmitted their recommendations on issues including health, education, food, environment, economic autonomy, political participation, and violence against indigenous women, among others.

Meanwhile, the United Nations and other international organizations are leading processes of consultation within the scope of the Millennium Development Goals, Post-2015 Development Agenda, and the definition of Sustainable Development Goals. In addition, consultations on Cairo+20, Beijing+20 the end of the Second Decade of Indigenous Peoples are taking place. Today, all these discussions will contribute to the 2015 global agenda and the inclusion of indigenous perspectives, especially indigenous women, is imperative.

This global conference, with global participation, will promote opportunities for dialogue, the generation of consensual proposals and the establishment of political statements based on indigenous women's perspectives at global level. The Conference will also contribute to advocacy at international processes advancing towards 2015 and the World Conference on Indigenous Peoples.

The collective generation of key advocacy tools to ensure the validity and recognition of the human rights of indigenous children, youth and women at the different international processes such as Cairo +20, Beijing +20, Post-2015, MDGs, and the World Conference on Indigenous Peoples.