Working Together to Lighten the Load of Indigenous Language Revitalization 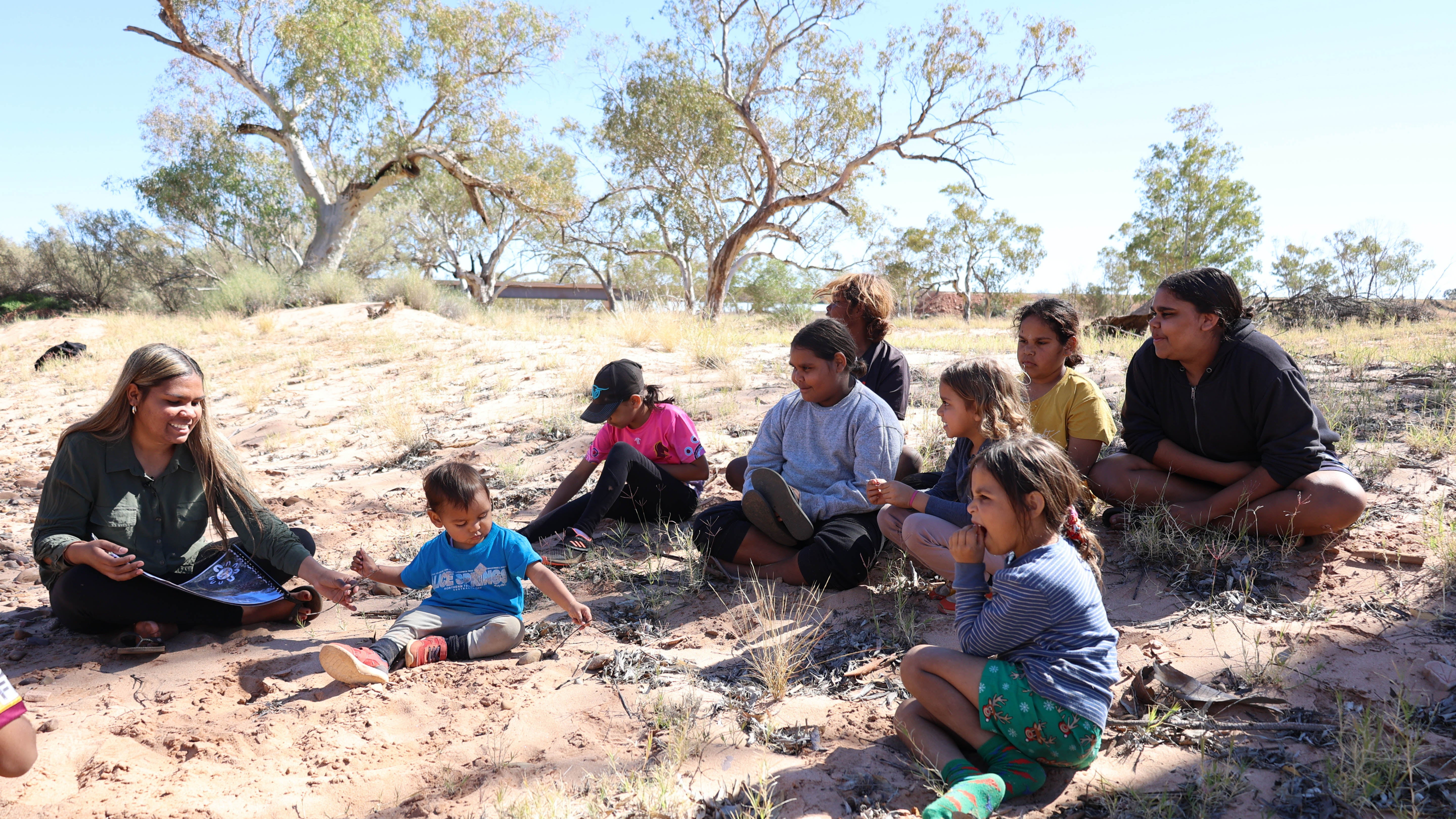 Day Two of Cultural Survival’s virtual conference, “Restoring and Protecting Our Native Languages and Landscapes'' on October 6, 2022, began with a panel rich with information regarding methodologies and practical approaches to Reclaiming and Strengthening our Indigenous Languages Beyond Our Homes. The wonderful panelists—Jennifer Weston (Hunkpapa Lakota, Standing Rock), Co-director at Lakota Well-being Project; Tatiana Degai (Itelmen), Professor at the University of Victoria and an Affiliate Assistant Professor of Arctic Indigenous Studies at the ARCTICenter, University of Northern Iowa; Juan Solano (Kañari), Coordinator of the Research Unit of the Quilloac Intercultural Bilingual Higher Pedagogical Institute; Dr. Richard A. Grounds (Yuchi/ Seminole), Executive Director of the Yuchi Language Project and Chair of the Global Indigenous Language Caucus—moderated by Cultural Survival’s own Director of Strategic Partnerships and Communications, Daisee Francour (Oneida), shared the various ways that they have been able to encourage communication in their respective languages both inside the home and out.

Tatiana Degai (Itelmen) is using creative ways to help revitalize Itelmen, a language isolate spoken on the Western Kamchatka Peninsula in Russia with one fluent speaker remaining, in and outside the classroom. She has developed an Itelmen activity book and, inspired by her children who love to play the well-known card game Go Fish, she created Go Fish in Itelman as well. This way, language learners are able to learn and practice their language in an informal setting. The response Degai has received from the community inspires her to keep going and come up with more educational tools like these. Degai has also been involved in teaching the local children to use Google mapping tools to help them map culturally significant areas in the village. “I want to stress that language cannot be separated, in our case, from Kamchatka land,” she said. “They’re all interdependent.”

The intrinsic link between language and land was a recurring theme throughout the day, along with the power that community youth have to save the local languages. “The gathering of water protectors that happened at Standing Rock in 2016 was instrumental in inspiring a new generation of leaders,” said Jennifer Weston (Hunkpapa Lakota). “Our young people were able to, through prayer and ceremony and their use of social media and networks on the ground, they called our entire nation to Standing Rock and I think the power of their young voices really brought together a tremendous amount of hope for the revitalization and reclamation of our languages.” Younger generations are now learning the language through immersion schools and are being raised to become ceremonial leaders. Weston stated that the Master-Apprentice programs paired with online instruction have been helpful, although it is difficult to get a sufficient amount of exposure to the language this way. The biggest challenge, she said, particularly as adult learners, is to be able to make mistakes without feeling embarrassed. “Speaking one word [in our language] is an act of resistance and reclamation,” stated Daisee Francour. “And even if we make a mistake, we’re still making our ancestors proud.”

Dr. Richard A. Grounds stressed the importance of being intentional about the language revitalization process. “One of the messages I’ve tried to communicate to our tribal leaders is to be aware that we’ve shifted from the old days and we have to be intentional about this,” he said. “Kids are not just naturally picking up their songs and ceremonies and traditional knowledge.” He emphasized the challenge that funding often poses to language revitalization projects, as well as the fact that the academic structure in which community children learn is made up from a largely colonial framework. Weston echoed these sentiments, stating, “I want to call our education system’s obsession with high-stakes testing… always measuring progress and growth to the detriment of our children’s ability to learn at their own natural rate. Funders focus on measuring proficiency and working with colleagues in public or tribal school settings where testing and demonstrating progress across academic areas are nearly always tied to a standardized test.”

Juan Solano also mentioned the lack of funding and government support as an issue that slows the progress of language revitalization in his community. He pointed to Ecuador’s high rate of corruption as a significant factor as well, since this corruption has led to voluntary displacement which affects the transmission of traditions and customs due to globalization.

The day’s second session, an interactive session focusing on Stories of Success from Native Peoples was equally moving and informative. The session was moderated by Kaimana Barcarse (Kanaka Hawai’i), a former Indigenous Rights Radio Producer for Cultural Survival and current board member, and panelists included Vyacheslav Shadrin (Yukagir), Research Fellow at the History of Yakutia and Arctic Research Departments of the Institute for Humanities Research and Indigenous Studies of the North with the Siberian Branch of the Russian Academy of Sciences; Vanessa Farrelly (Pertame Southern Arrernte), Coordinator of the Pertame Language Revival Program; Angela Butler (Eyak), Eyak language and culture revitalizer. Shadrin, who ignored the 25 parents who told him there was no point in teaching their children the Yukagir language and reorganized the local school to include Yukagir culture and history, found that students actually started to perform better in other subjects once they started learning about their heritage.

Shadrin also emphasized the importance of this learning taking place on or near the community’s traditional land because of the link between language and land as well as self-identity and traditional land. Vanessa Farrelly and Angela Butler both echoed this sentiment—the idea that language actually comes from the land. “Our language is who we are. We view language as the voice for the land,” said Farrelly. “Language is so much more than just words. It’s a whole language and a place and it’s an identity and belonging.”

At first, Farrelly’s community tried to revitalize their language through language camps, but the amount of work was overwhelming and this method proved to be ineffective for the children’s language learning in this particular case. Farrelly found that the method through which her community has found the greatest success has been the Master-Apprentice program. She first learned about the program at the Global Indigenous Language Caucus in New York from Dr. Richard A. Grounds (Yuchi/ Seminole), and the focus on immersion and creating fluency rather than translating into English immediately resonated with her. When she and her fellow community members took the idea back home, the uptake was initially slow. However, soon the silent speaker generation got involved and was able to begin actively speaking their language.

The discussion was then opened up to include comments from the session attendees, not just the panelists. One of the key successes mentioned for language revitalization was exactly this type of event with the help of technology. Technology has brought people all over the world who are working to revitalize their languages together, creating space for people to share their success stories and their challenges, to learn from each other, and to help each other through this process. Technology has made those involved in this work feel less alone.

Being able to share in the challenges of this often difficult work encourages those involved to continue, even when it seems impossible. One of the most common challenges to language revitalization work repeated during the open discussion was racism and discrimination. Oftentimes Indigenous communities avoid learning their language because they are afraid of being discriminated against. Lack of government support, funding, and the idea that Indigenous languages are not useful because they are not often used in professional or business settings were also mentioned during the open discussion as obstacles to successful language revitalization programs.

Cultural Survival’s Executive Director Galina Angarova (Buryat) and Dr. Richard A. Grounds then brought the session and day two of the conference to a close with final remarks regarding appropriate next steps and how Cultural Survival would help. Angarova highlighted Cultural Survival’s commitment to supporting advocacy for Indigenous cultures and languages on all levels, explaining that the organization will be able to help with capacity building; that is, hosting exchanges and continuing gatherings like this language conference to evaluate progress and touch base with others doing the same work on a regular basis. Cultural Survival will also help with grant-making and communication, amplifying voices in language revitalization through the Indigenous Rights Radio program and uplifting the stories and struggles of Indigenous language revitalization around the world.

“All of this sharing back and forth is critical,” said Grounds in his closing remarks. “The colonial grid is designed to split up our communities and our goal is to overcome that and to bring healing and growth through all of us sharing our languages. If we work together, we can carry it forward. The load becomes lighter and we learn from one another.”