Women and the Radio: A Slow Yet Steady Journey 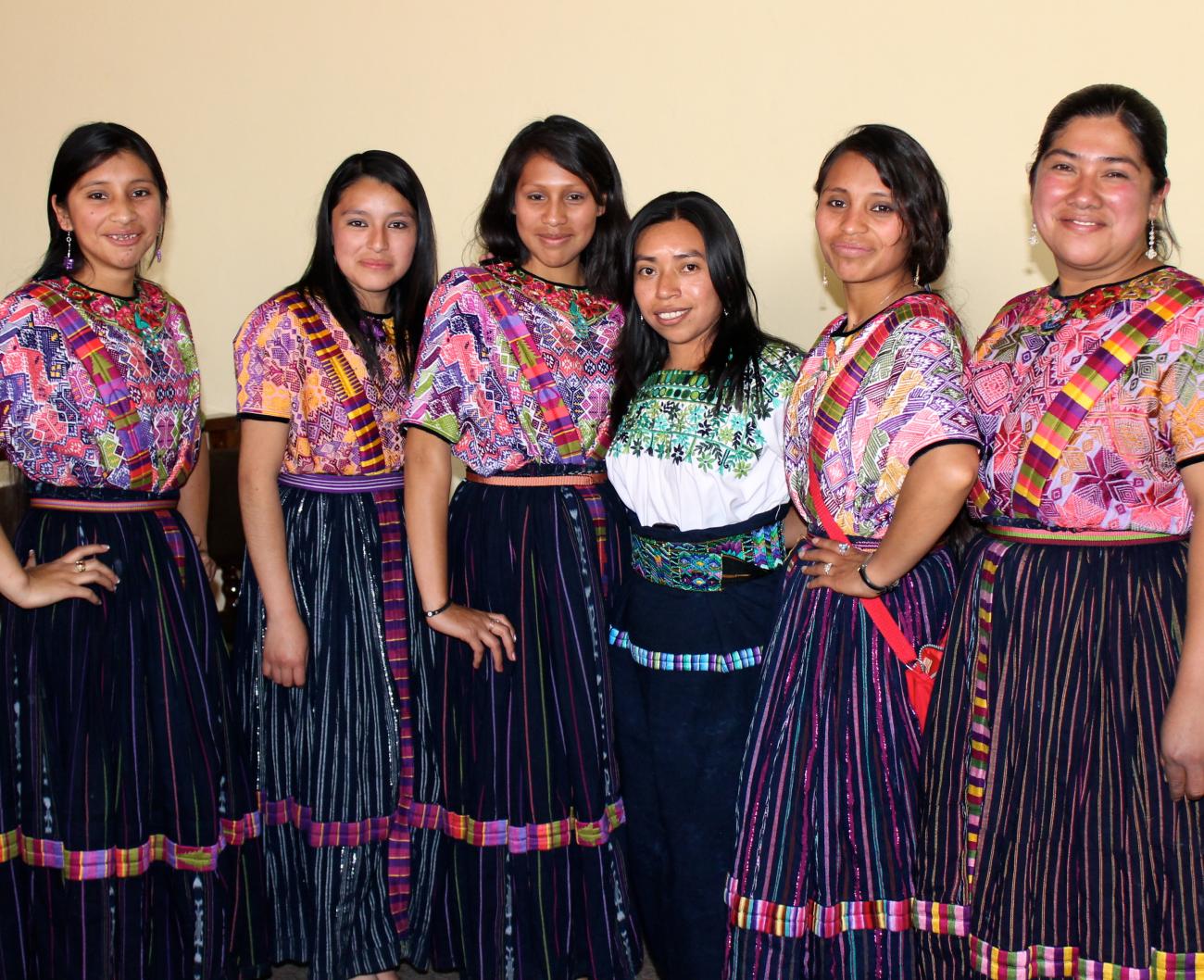 As is the case with many areas of the public sector in Guatemala, there are not nearly as many women who participate in community radio as there are men. This disparity continues to increase if we consider women who have their own programs on the air.  There are many factors that contribute to this disparity. For one, women and girls are often responsible for all of the household and childcare responsibilities, leaving them with little time for activities outside of the home. Secondly, women and girls often experience less encouragement and support to take part in these types of activities, which are traditionally believed to be part of the male realm. These factors, multiplied with the many other structural inequalities that women in Guatemala face, may also help explain why the women who do participate in community radio, do so with such passion.

Brenda is 20 years old. She lives in San Pedro La Laguna, one of the towns that surround the gorgeous Crater Lake, Lake Atitlan, and she works at the community radio station Radio Sembrador.  Brenda and her family live next door to the radio station and she volunteers there 6 days a week.  She takes part in two women’s programs that air 3 times a week and also oversees a weekly children’s program. The two women’s programs -“For an Inclusive World” and “Learning Together”- tackle tough women’s issues such as violence in the family, reproductive health, and fighting for equality. She emphasizes that it is extremely important that women represent their own issues on the air, and she says the same for youth. “The presence of youth and women on the radio is so important…we have youth discussing youth issues and women discussing women’s issues, and wouldn’t have it any other way”. It is through her unwavering support and supervision that the children are able to have a program that they can really call their own. Brenda helps the kids (12 year-old Pedro, and 11 year-old Mayra) develop and organize their programming, she manages the equipment while they record, and even participates on the air with activities like reading educational children’s stories. She explained why overseeing the children’s program is so essential, “I had the opportunity to grow up on the radio and I know how important it is for building confidence and skills…I want them to have the same opportunity”. Young women like Brenda demonstrate why women’s role in the radio is so crucial. As a group that is highly discriminated against, their voices are underrepresented. Due to this, women tend to understand the significance of having one’s voice heard, and often encourage and support the younger generations.

Rossy Gonzalez, a volunteer at Radio Ixchel in Sumpango Sacatepéquez, explained, “we do not need participation only from women, but from girls as well…that is how they will learn about their self-worth; that is how they will build their social consciousness and help encourage other women to reach their goals as well”.

Rossy is 29 years old. She has been volunteering with her local station for 4 years. She started out with Radio Ixchel as a communications student who needed to fill a university requirement, but soon it was clear to her how important community radio was and how much she wanted to be a part of the movement, “I began attending workshops and events and becoming more conscious of the current state of Guatemala, of the systemic discrimination against Indigenous communities, and of the role that community radio has in creating consciousness about that discrimination”.

Rossy believes that women, as a particularly marginalized group, play a crucial role in this process. However, she spoke at length about the obstacles that women face in trying to achieve this role: “it starts when they are young, women are used to being discouraged rather than encouraged, being told that they can’t, the idea is that their role is to stay in the home”. According to Rossy, it doesn’t stop there. She continues to experience subtle forms of discrimination as an Indigenous woman who wears her traditional dress (traje), even at her radio station. She explains how often times at the station, guests will change the way they speak when they begin talking with her, “they see my traje and assume that I am uneducated, that I won’t understand what they are saying, so they speak to me differently than they do with the men”.

Despite the many barriers that these women face in a country where women experience one of the highest levels of violence against them in the world, and where femicide -the murder of women because they are women- is an enormous and unrelenting social problem, all of our 20 pilot radio stations have at least 1 or 2 female newscasters. Some radio stations have many more.  Radio Ixchel, according to Rossy, has solely female broadcasters from Monday to Friday, 8 a.m - 6 p.m. In spite of all that they are up against, women are driven to be a part of what they believe to be an imperative aspect in their development.

Angélica Cubur, Brenda Garcia, and Reina Pérez outside of Radio Doble Vía during a workshop.

According to Reina Pérez of Radio Doble Vía, “many women don’t know their rights, but through the radio, we can share this information with them”. For 15 year-old Ruby Lopez, her community radio station “is a school; my experiences with the radio have taught me more than I ever could have imagined”. For Lesvia Mendez, her community radio station is where she learned to be proud of her Mayan heritage, and of wearing her traje. One of the most common pronouncements of women in the radio is that it represents a second home for them. Dany, a gym teacher, women’s rights activist, and radio personality at Radio Celajes in Tacaná, San Marcos, declared, “we need women out of the kitchen and into the radio”.

Ruby Lopez and Elizabeth Ordoñez working on creating a radio spot at our of Cultural Survival's workshops.

It is clear that the women who do participate in the radio recognize it as a key tool in their development as a group and as individuals. But the fact remains that women do not participate nearly as much as do men, especially in the role of radio broadcaster. For this reason, plenty of work remains in order to get women more involved. Whenever our Cultural Survival team visits the various radio stations for workshops, exchanges, or visits, we make it a habit of asking the women present how we can get more women and girls involved and integrated with the stations. Rossy suggested that we hold more workshops regarding self-esteem, because those are particularly beneficial to women, who are often told ‘you can’t’ more often than ‘you can’. The most common suggestion we receive from the women is that rather than holding larger workshops, in which volunteers must travel and stay away overnight, smaller individual workshops at the stations themselves are more realistic for women who are often unable to leave their homes and children overnight. Finally, the women have responded enthusiastically to the idea of women-only workshops.

At Cultural Survival, we aim to provide support to community radio stations based on their own knowledge of what works and what does not. We are currently utilizing the suggestions and requests of these women in order to design future workshops and programs that will be inclusive and considerate of their specific needs. With new initiatives that are specifically designed for women by women, not only do we hope to have more women participating in the radio, but participating as broadcasters who regularly attend the various events, exchanges, and workshops that we hold for our network of stations. With these changes, the female volunteers will, with time, experience the same opportunities for growth as their male counterparts.