We The Peoples Before: A Conversation with Rick West 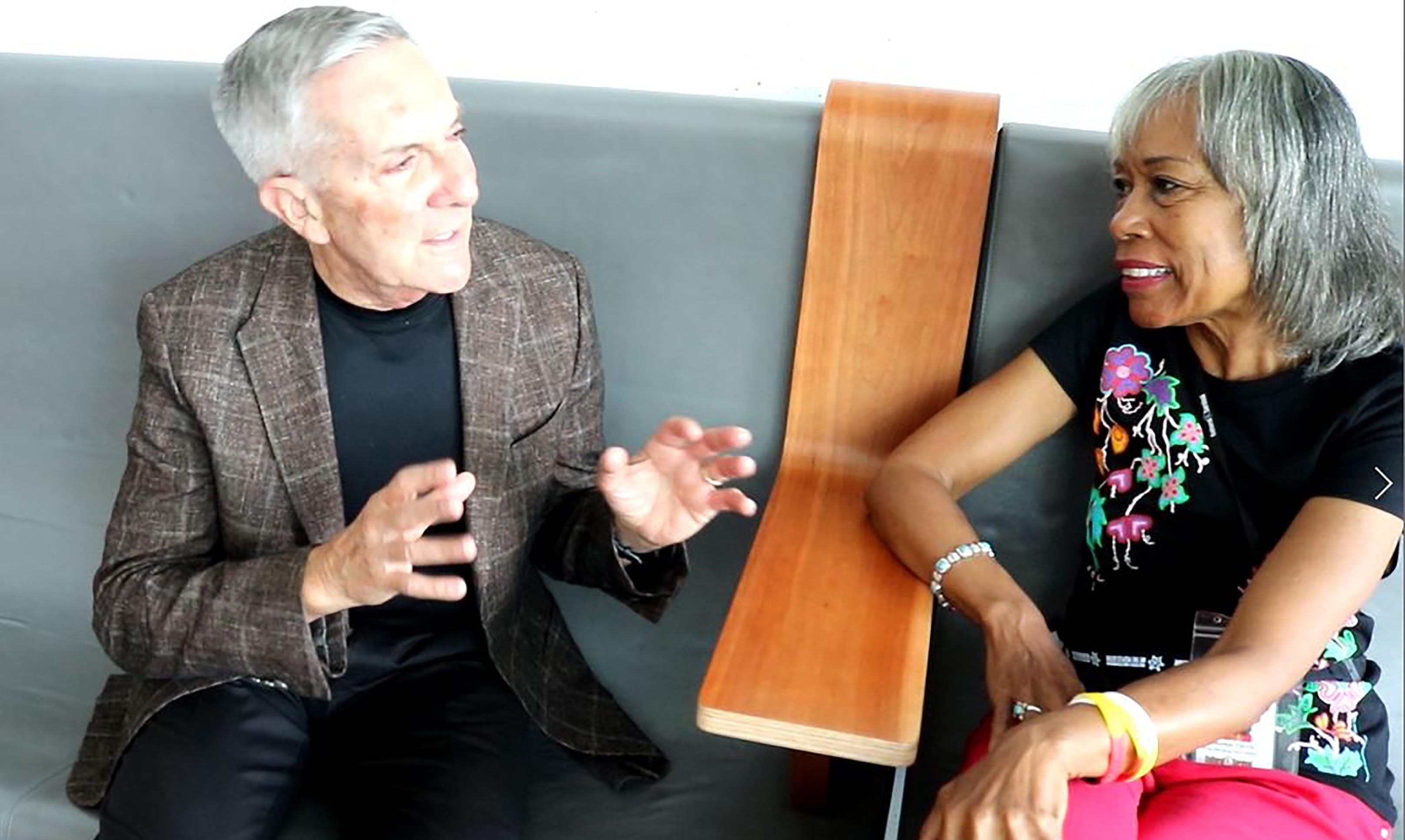 Walter Richard "Rick" West Jr. (Cheyenne and Arapaho) is currently President Emeritus of the Autry Museum of the American West in Los Angeles. He was the founding Director of the Smithsonian National Museum of the American Indian, retiring from the position in 2007. He is also a Peace Chief of the Southern Cheyenne. Phoebe Mills Farris, Ph.D. (Powhatan-Pamunkey), a Purdue University Professor Emerita, photographer, freelance art critic, and Cultural Survival Quarterly contributing Arts Editor, spoke with West at First Peoples Fund’s We The Peoples Before event on June 30-July 2, 2022, at the Kennedy Center in Washington, D.C.

Rick West: We first met a long time ago, when we were both young and I was then the founding Director of NMAI.

Phoebe Farris: That’s right. And we had a conversation in your office. I was so happy and impressed that the Pamunkey tribe, my mother’s people, had a five-year installation that featured photos and artifacts covering many generations. In the large photo of Chief William Miles standing in a large corn field, he was wearing a necklace created by my late aunt, Georgia Mills Jessup. At that time the Pamunkey were [not yet federally recognized] and not known to many people who did not live on the east coast. Can you share your mission and NMAI’s to be inclusive and represent a wide range of Indigenous Peoples?

RW: We wanted as one of our missions to be as inclusive as possible of all of Indian country from the very beginning, to not only focus on the federal tribes, but also state-recognized tribes like the Pamunkey were then, before their relatively recent federal recognition. And next to the Pamunkey exhibition was one about the Chicago Urban Indian Center. We wanted to cast a wide net culturally that includes the North and the South, not just the East and West. Our goal was to make sure that the First Person voice was there. We are present, we will also be here in the future.

PF: After leaving the NMAI, what institutions did you become involved with?

RW: I flunked retirement and got back in the saddle within five years after retiring from NMAI. I became a limited time director of the Textile Museum after its merger with George Washington University. And I am President Emeritus of the Autry Museum of the American West.

PF: Didn’t it used to be called the Cowboy Museum?


RW: Yes, the name changed as the museum evolved. And Gene Autrey was one of the good cowboys.

PF: How and why did you become involved with the First Peoples Fund’s "We The Peoples Before"?

RW: It was as a volunteer. I have known Lori Pourier (Oglala Lakota) a long time. She comes from a distinguished family. I am proud of what they do and their focus on Native artists.

PF: Thursday night’s screening of the film “Imagining the Indian” had the audience spellbound and clapping in agreement to many of the segments featuring outspoken activists. It was the most diverse film I have seen on the mascot topic, with several segments focusing on Black activists such as D.C. writer Ethelbert Miller in solidarity with the anti-sports mascot movement and finding common cause with Native Americans on social justice issues. You must be so proud of your son Ben and his involvement in the film as a writer and co-producer. What was it like collaborating with him and what are the roles you both played in getting this film made?

RW: My son was a co-producer, so proud of him. He lives in Los Angeles now but still loves D.C. He went to school there. That’s one of the reasons there were so many D.C. activists in the film. I admire what he accomplished during the making of this film during Covid. Ben raised a remarkable amount of money. The implication of the film was that it outlived just the name change for the D.C. football team. The narrative of the film is a very long arc. It goes back to the beginning. It deals with why we are so offended by sports mascots and offers a fuller understanding. The mascot movement conjoins other movements like Black Lives Matter. There is strength in numbers. The end of the film is uplifting. It points to some hope, it references BLM. It takes a movement to pull all people of good will to work together.

RW: Susan Harjo is my blood sister. She is also Cheyenne in addition to Muscogee and we have a brother/sister relationship. She is the heart of the NMAI founding. If it were not for her, I would not have been the director. I will forever be grateful to her. She always worked at the local grassroots level and takes that ethic of community very seriously.

PF: The program has you listed on two panels, The Policies of Dispossession and Indigenous Arts and Lifeways with Ben Pease.

RW: The session with Ben is a labor of love. Ben is only 32 years old and so talented. We are having a conversation about his beginnings and how that led to his rise in Native culture and what is his forward focus for the next seven generations. The Politics of Dispossession is a conversation with Indigenous leaders to discuss the impact of government policies on Native communities, including their impact on the transfer of ancestral knowledge, languages, and histories. Leona Antoine is the moderator and Sherry Salway Black is my co-panelist. 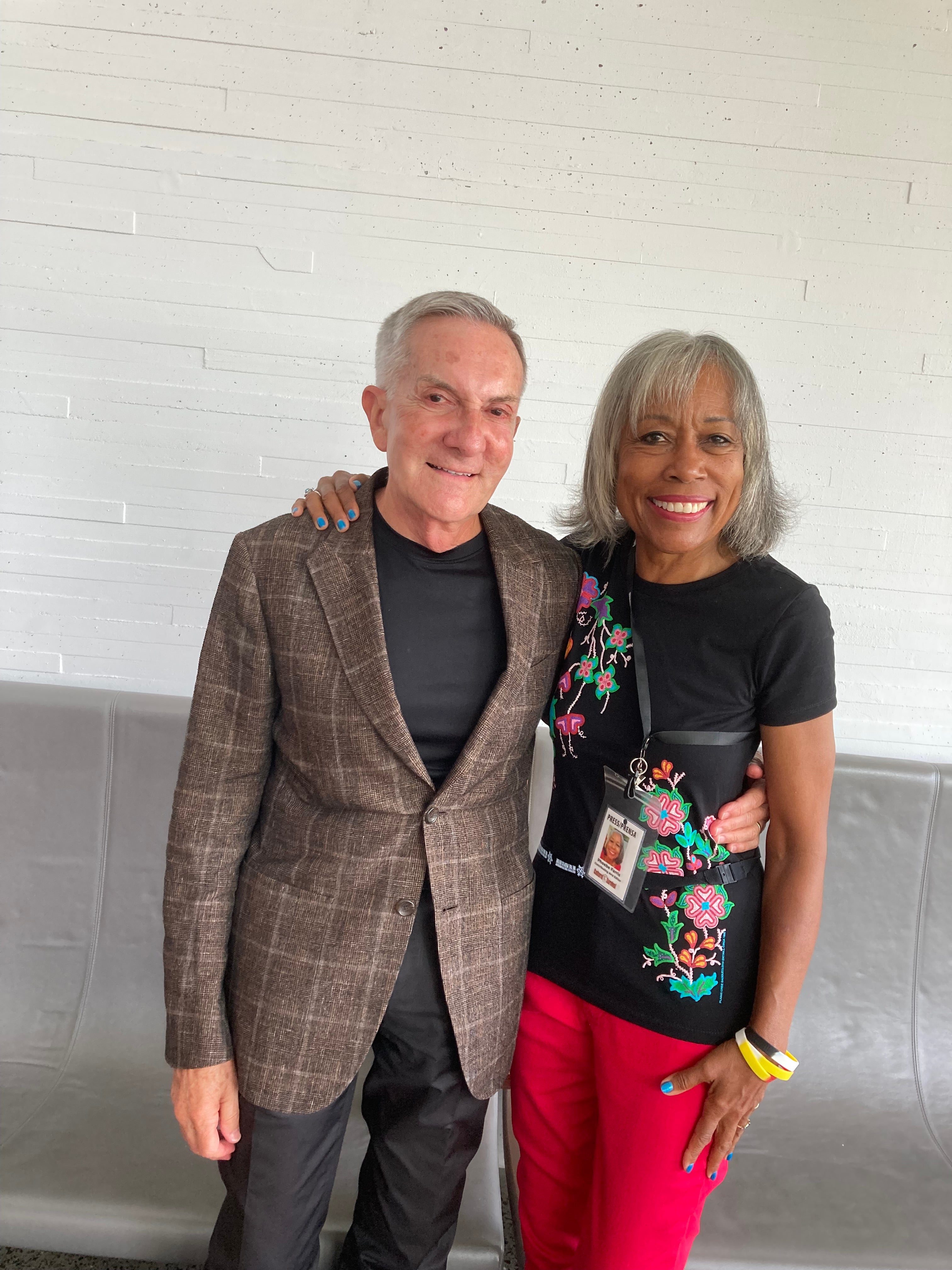 RW: Land acknowledgements are important but it is imperative to be careful, not to stop at just acknowledgement. We must go beyond only land acknowledgement. It is a signal but needs to be more substantive. When I moved to L.A. to take the job as President of the Autry Museum, I had to make sure to acknowledge those Tribes in California indigenous to certain regional areas.

PF: Last night I shed a few tears when you acknowledged the Pamunkey and the Mattaponi as being some of the Tribes that are indigenous to the land the Kennedy Center is built on here in D.C. People forget that the land now called D.C. used to be part of Virginia before the boundary creation of the District of Columbia, the nation’s capital. Powhatan-affiliated tribes extended this far north, past the current state boundary lines.

RW: Your people had the misfortune of being the first to encounter the Europeans.

PF: Last night’s stage production, “We The Peoples Before,” at the Eisenhower Theater was a lot to handle in one night. There was just so much to digest. For me, and, it seemed, the people around where I was sitting, it was so powerful and overwhelming, it was hard to sit still in our seats. It was everything described in the program brochure—multi-generational, multi-genre, dealing with the past, present, and a possible future of an Indigenized America. I wish it was playing longer at the Kennedy Center or touring the country.

RW: Well, the performers came from different companies and came together just for that performance. But it will air on PBS in the future.The production was very respectful of history. It did not mince words. It has a perspective that looks forward to the future. Artists are our culture bearers, they recreate and also invent new genres. The Kennedy Center performance included traditional Indian dancing as well as Native hip hop. It dealt with racial issues affecting tribal enrollment.

PF: Yes, in particular the segment dealing with the Virginia Rappahanock men who refused to enlist as Negro soldiers during World War II because they were tribally enrolled Indians, and how they went to jail for their stance. Virginia’s 1924 Racial Purity Act only recognized two races, white and Negro/colored, unless one lived on one of the two reservations left, the Pamunkey and the Mattaponi.

RW: Speaking of the Racial Purity Act, my first experience with Virginia Indians was with my babysitters. They came from Virginia to Oklahoma to attend Bacone College where they would be recognized as Indians. I had Pamunkey, Rappahanock, and Chickahominy student babysitters when I was a young boy. That Rappahanock scene in the production was very poignant. Also it encompassed all of that historical connection between Blacks and Indians. One of my first colleagues at the Smithsonian was from the Smithsonian Anacostia Community Museum, a community museum in southeast D.C. He and I decided to do something together and that helped lead to the eventual creation of the traveling exhibition “indiVisible: African-Native America Lives in the Americas,” under the leadership of the second NMAI Director, Kevin Gover, and Lonnie Bunch, the first Director of the National Museum of African History and Culture.

PF: Before you go, I just wanted to let you know that my cousin Rose Powhatan who serves on two cultural committees here at the Kennedy Center sends her regards. She also met with you in your beautiful office and often communicated with you during those early years of the NMAI. Her mother, the late Georgia Mills Jessup (Pamunkey) is represented by the painting, “Rainy Night” in the permanent collection of the National Museum of Women in the Arts of which Rose naturally and the whole family is proud of.

RW: Please tell Rose that I said hello and I do remember her and our communications. See you later!

PF: Thanks so much, Rick!

Read: "We The Peoples Before: 25 Years of Knowing, Honoring, and Sharing Indigenous America"

Read: "We The Peoples Before: Conversation with Joy Harjo"