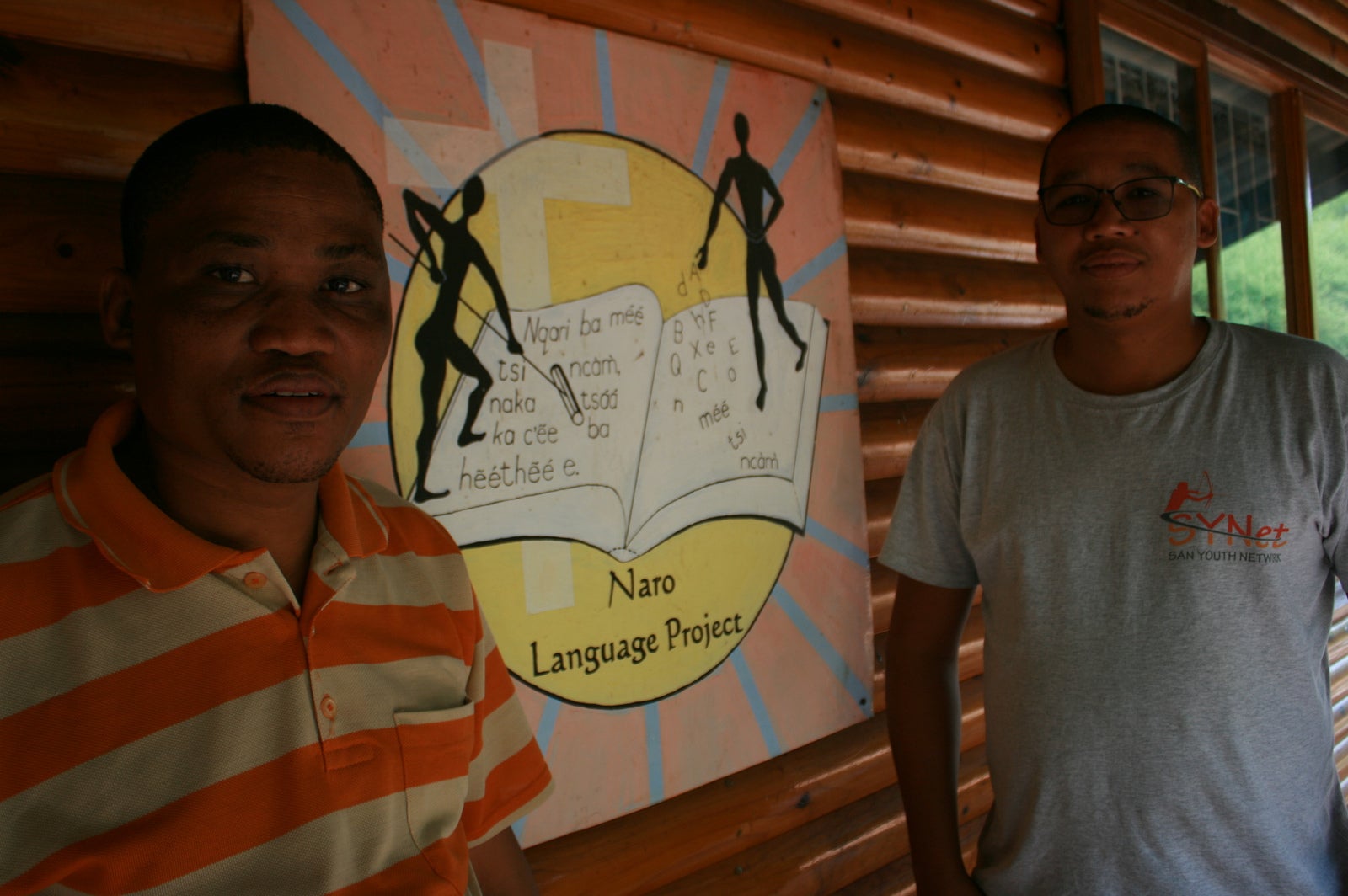 Cultural Survival recently visited one of our Keepers of the Earth Fund Grant Partners, The San Youth Network (SYNET) in Botswana. Shaldon Ferris, Cultural Survival’s Indigenous Rights Radio Producer, met with Job Morris and Xukuri Xukuri, the Chairman and Vice Chairman of SYNET. Xukuri Xukuri stated “As young people we are the future of our respective countries. We should come together and figure out what the challenges are and how we are going to solve them.”

SYNET is conducting workshops with the youth to transmit to them the ancient ways of life of the San people in Botswana. SYNET has completed the first phase of their project, which was a workshop in which the youth were taught about the importance of culture and tradition. The second phase of the project will build on the first phase, but a more practical approach will be implemented.  The youths will visit a cultural village and be introduced to the ways of their ancestors.

Check out photos from our visit here. 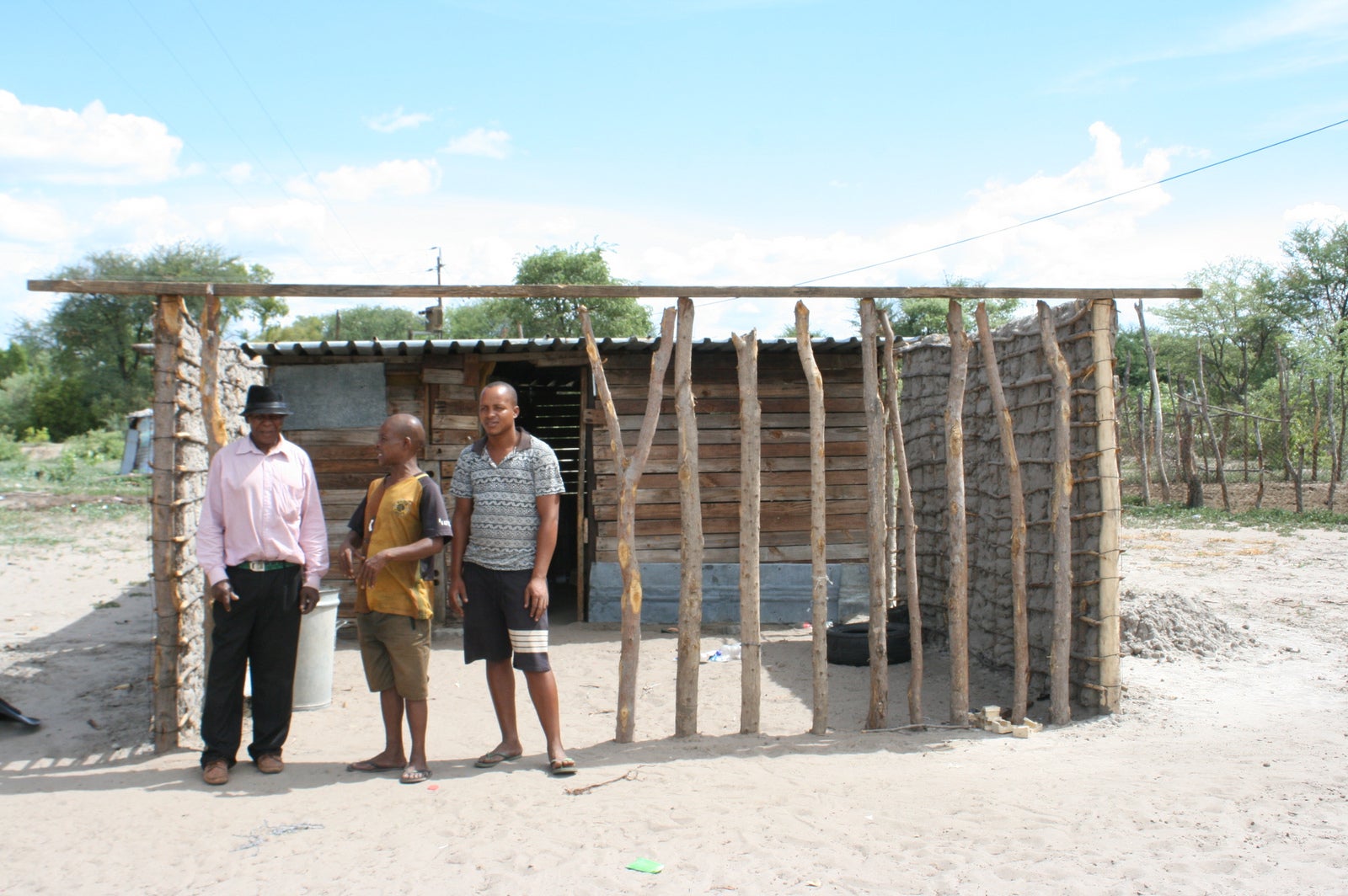 The Khwe people that we visited are located in North Eastern Namibia, in an area that was previously known as the Caprivi Strip, now called the Zambezi Region. This community has remained in their ancestral homeland, after a large portion of their family members were relocated to South Africa, in Platfontein, near Kimberly.

The Khwe people are caught between a rock and a hard place, since hunter gatherer traditions are becoming a practice of the past. Their hearts are yearning to practice the ways of their forefathers, but their remote locations make it difficult for them to survive. The nearest town is at least 100 km away. Community members wrote to us requesting that Cultural Survival’s Community Media Program assist them in setting up a community radio station, where the 6000 plus Khwe people will be able to listen to radio in the Khwedam language. "In Namibia, everyone has a radio station that broadcasts in their home language. We would like a community radio station that broadcasts in our Khwedam language, so that the community can know what is happening around them, and elsewhere," said Tienie. In their grant application, they stated, “The main purpose of this community radio application is to seek for funding. The idea is also to preserve our language and culture. Again we feel that as our elders are dying out we will lose valuable Indigenous knowledge which is very important for our survival. The station will be useful for us Indigenous Peoples as well as the non-Indigenous communities.”

The Khwe people speak Khwedam and most have a good command of Afrikaans, the language forced on them by members of the South African Defence Force during the apartheid era, when Namibia was still known as South West Africa.

Faced with hardships such as poverty in their territory, The Khwe people know that an essential resource for their community is a radio station. Cultural Survival’s South Africa-based staff member, Shaldon Ferris, has been working with the community for the last three months to understand their context, their needs and conducted a viability study for a radio station. It was just on February 28, 2019, that the Communication Regulatory Authority of Namibia announced a moratorium for new broadcast licenses until mid 2020,  and unfortunately the Khwe community will have to wait to start a station.

The Khwe community remains hopeful. Sonner Geria, Khwe community member stated, “Overall we are very pleased and grateful that Cultural Survival has come up with such a great idea and this is what we, specifically the Khwe people, have been praying for. We had this idea already but due to the funds have failed to start up. Therefore we are very pleased and abundant thanks in advance and hope that our request will be taken into consideration.”

Check out photos from our visit here.