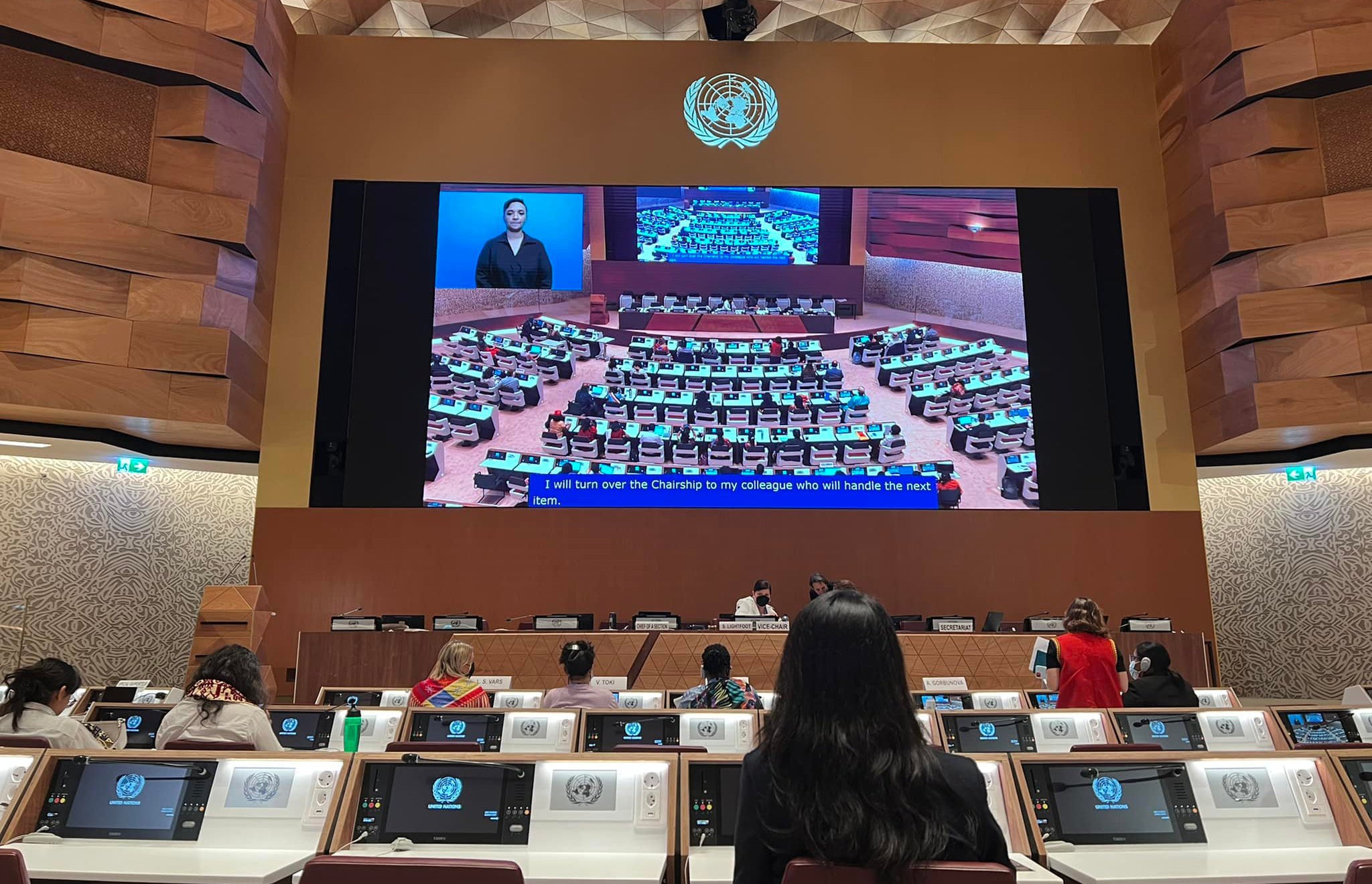 After a two-year hiatus from physical meetings, the UN Expert Mechanism on the Rights of Indigenous Peoples (EMRIP) held its 15th session from July 4-8, 2022 in a hybrid format. Participation of Indigenous delegates ranged from in-person to virtual from remote places as countries variously adjusted and eased COVID-19 travel restrictions. Comparatively, the session saw very few delegates physically present. However, like previous annual sessions, all efforts were made to discuss the most pressing issues faced by Indigenous Peoples worldwide.

Indigenous Peoples have been recognized as agents of change and solution holders in matters such as climate change mitigation, education, and land stewardship. They are using their Traditional Knowledge to address today's environmental challenges and champion sustainable land practices that have been held for generations. EMRIP is one such platform where Indigenous Peoples can bring these solutions to the attention of the UN.

EMRIP is a subsidiary body of the UN Human Rights Council, established in 2007, and is composed of seven independent members who advise the council on the rights of Indigenous Peoples. It also assists UN member states in achieving the UN Declaration on the Rights of Indigenous Peoples and holds a week-long annual session in the UN secretariat building in Geneva, Switzerland.

EMRIP relaunched its annual session in 2022 centered around its study on treaties, agreements, and other constructive arrangements including peace accords and reconciliation initiatives and their constitutional recognition. Several discussions were held on three additional themes: enhancing the participation of Indigenous Peoples at the UN, the impact of development projects on Indigenous women, and the International Decade of Indigenous Languages. 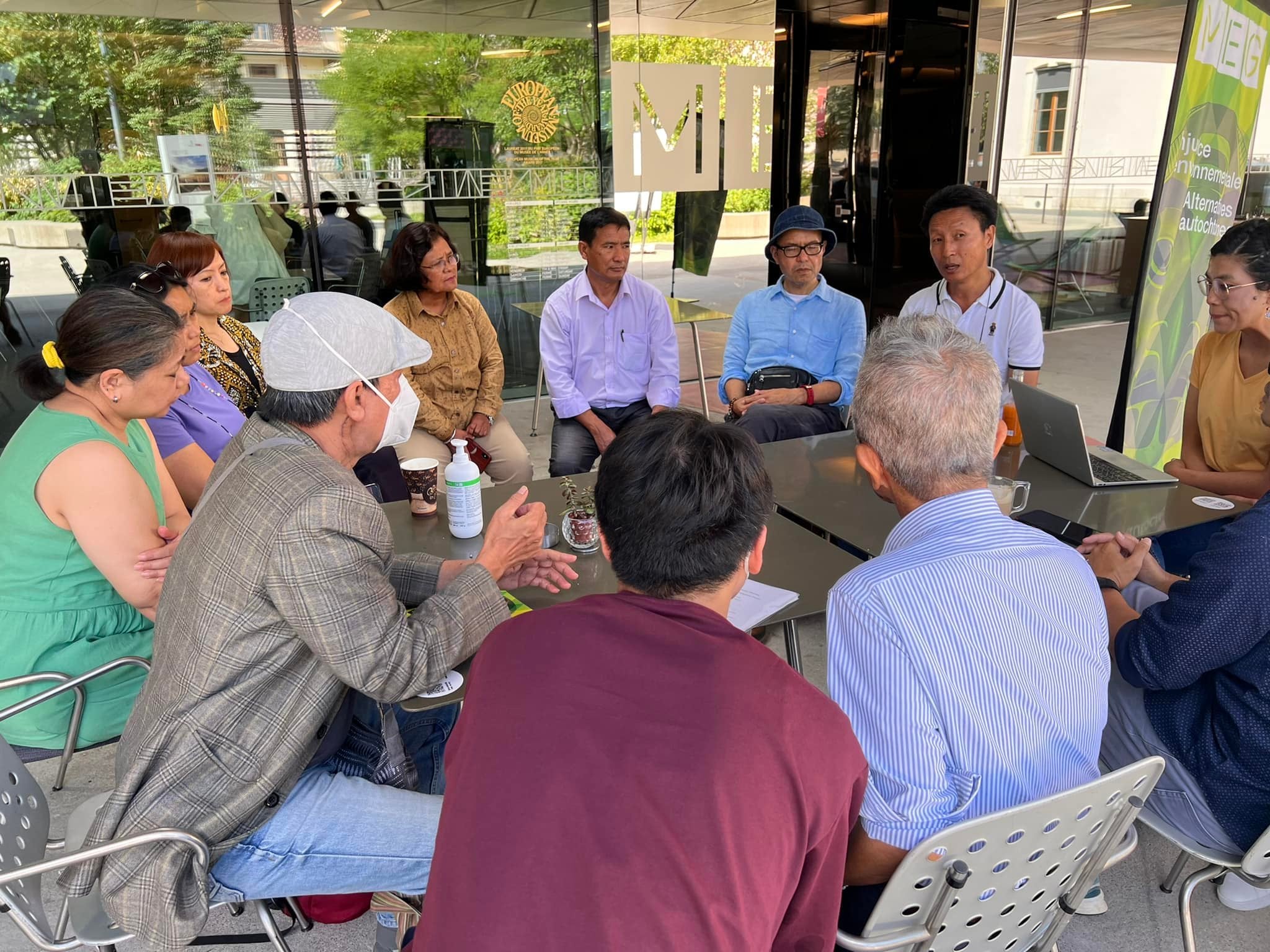 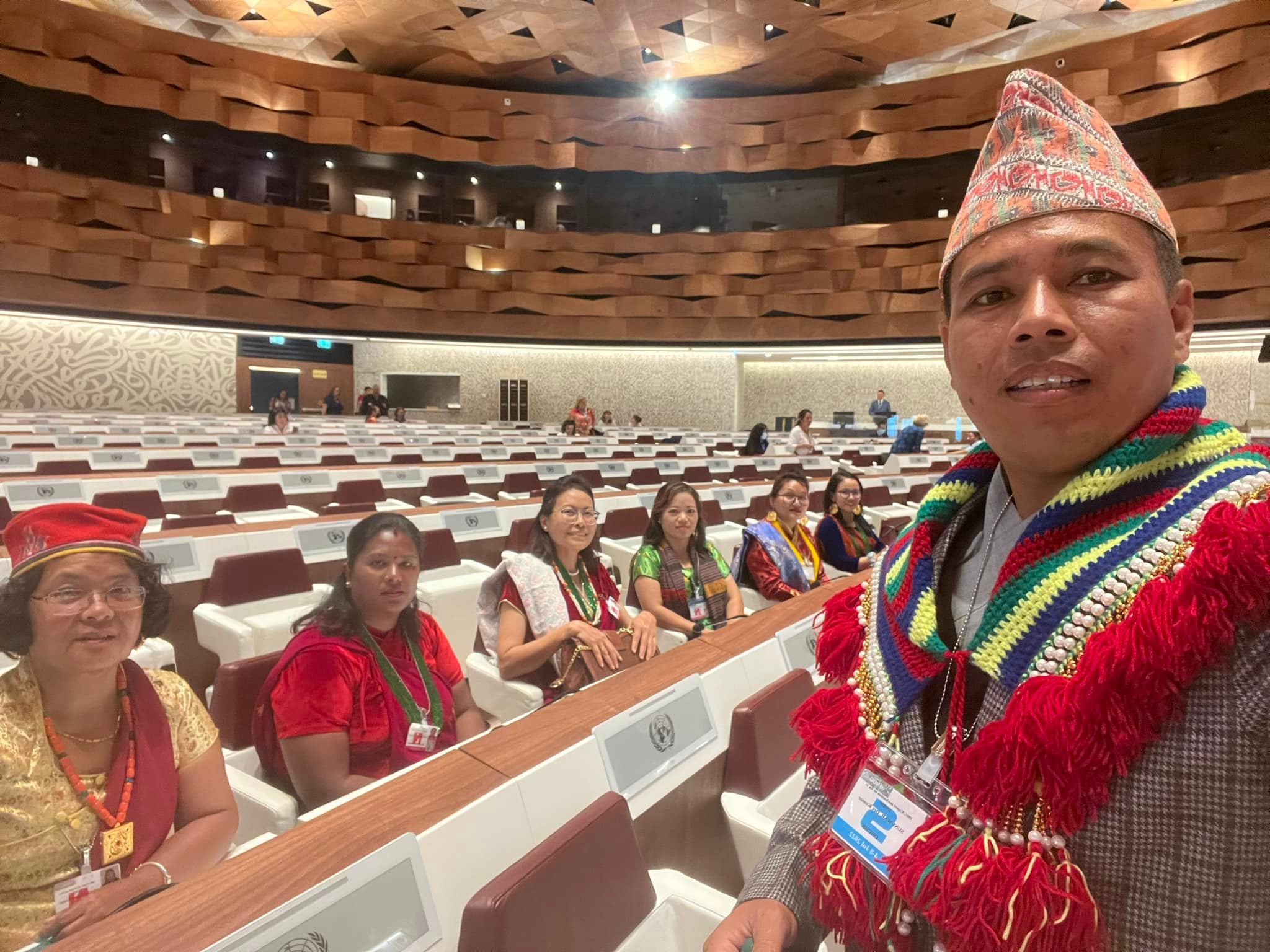 As per a call from the Human Rights Council, the Office of the High Commissioner for Human Rights is organizing a four-day expert workshop in November 2022 on enhancing the participation of Indigenous Peoples.  The workshop will be an opportunity for Indigenous Peoples’ representatives and States to discuss the forms, ways, and means to ensure their participation in the UN, including in the meetings of Human Rights Council, and offering suggestions and recommendations on resolutions. The workshop will provide a platform for dialogue on establishing the criteria of who would be qualified and who would decide which Indigenous representatives and institutions would be granted access, at what venue these rights would be exercised,  and in which bodies, committees, mechanisms, and so forth. 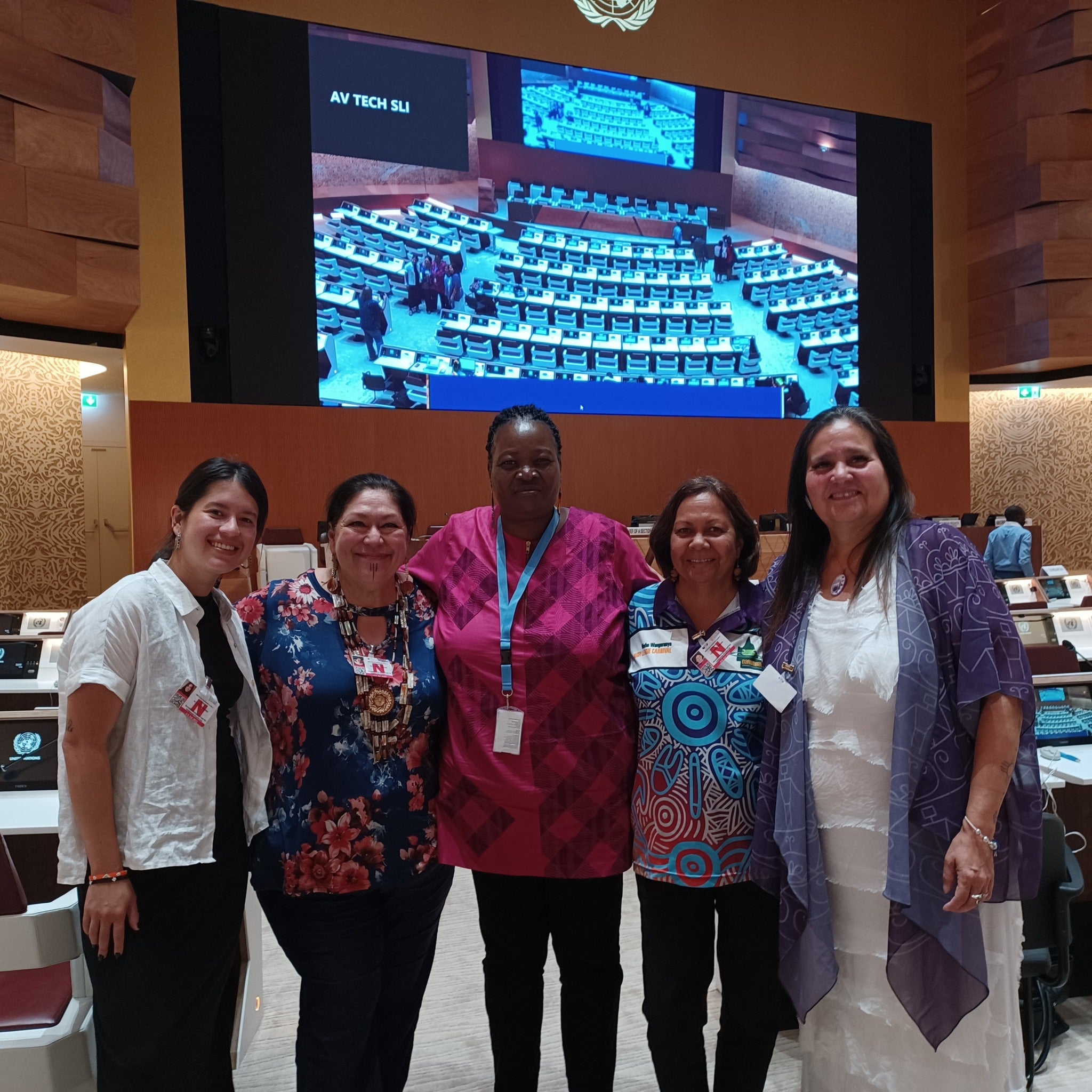 Article 22 of the Declaration states, “particular attention shall be paid to the rights and special needs of Indigenous women including others in the implementation of [the Declaration] and States shall take measures to ensure that Indigenous women enjoy the full protection and guarantees against all forms of violence and discrimination.” The Convention on the Elimination of all Forms of Discrimination Against Women (CEDAW) Commitee, which monitors the implementation of CEDAW, has prepared a draft recommendation on the rights of Indigenous women and girls. The UN Special Rapporteur on Violence against Women also has prepared a thematic report on the violence against Indigenous women and girls.

The ​​CEDAW Committee has consistently identified patterns of discrimination faced by Indigenous women in the exercise of their human rights and had highlighted the factors that continue to exacerbate discrimination against Indigenous women and girls. Such discrimination is often intersectional and based on factors such as sex, gender, Indigenous origin or identity, ethnicity, race, age, language, disability, and socioeconomic status, among others.

Recognizing the specific challenges women have historically experienced and the role played by Indigenous women, the theme of this year’s International Day of the World's Indigenous Peoples was the “Role of Indigenous Women in the Preservation and Transmission of Indigenous Knowledge.” “Indigenous women who are environmental and human rights defenders fighting against the destructive development projects are arrested and detained for false charges, they are regarded as anti-development and treated like enemies. Women who demand culturally sensitive education for their children are regarded as ‘communists.’ The impacts of development profoundly affect both the individual and collective rights of Indigenous women,” said Joan Carling (Kankanaey), an Indigenous rights activist from the Philippines, one of the panelists at the special session on the theme. 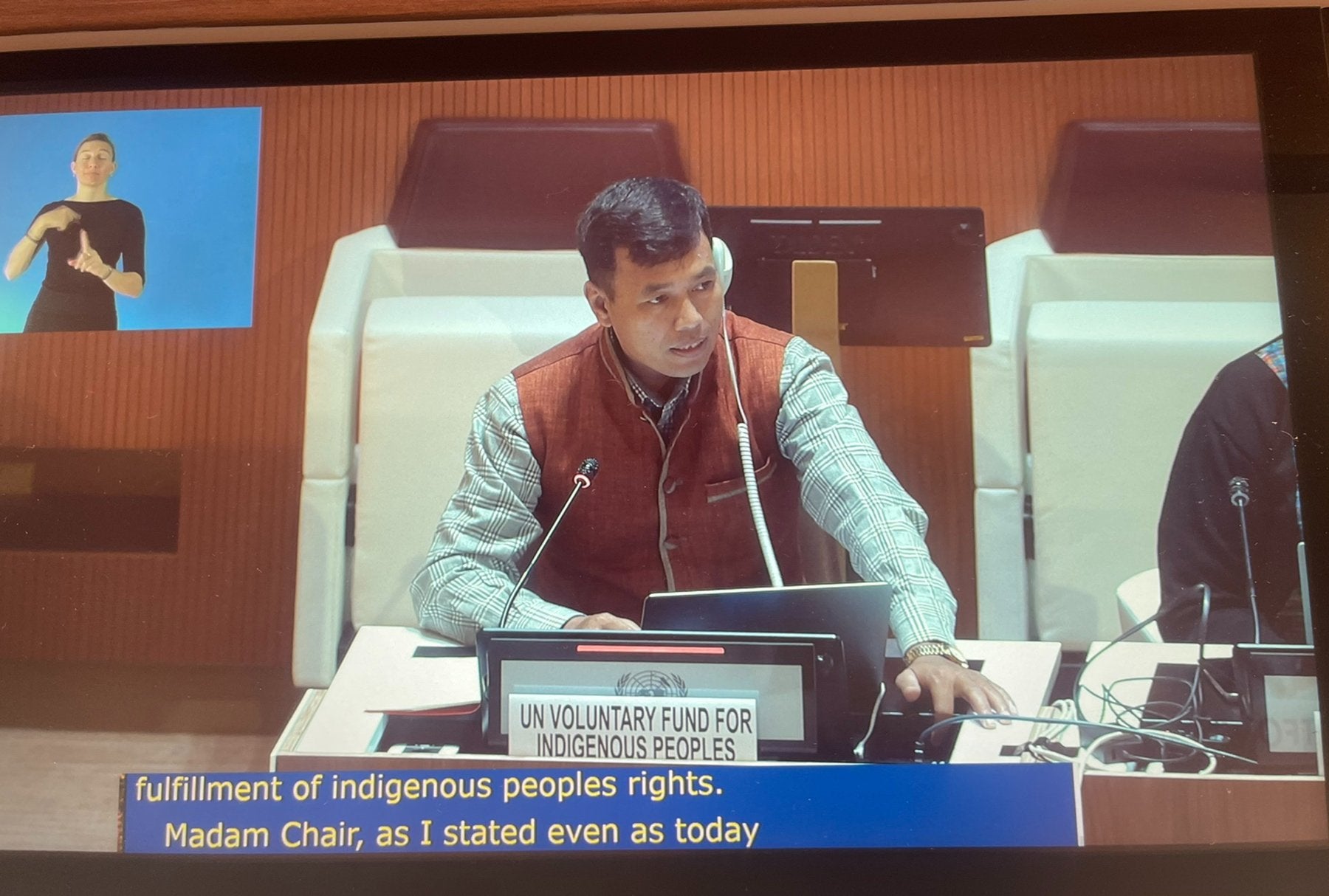 The UN General Assembly proclaimed 2022-2032 as the International Decade of Indigenous Languages to draw attention to the critical loss of Indigenous languages and the urgent need to revitalize and promote them, take urgent steps on national and international levels, and call upon States to promote the effective and meaningful participation of Indigenous Peoples in leading and holding activities to mark the decade and to create new Indigenous language speakers. UNESCO has been tasked to act as a lead UN agency in collaboration with the Department of Economic and Social Affairs.


As the world embarks on a 10-year journey to strengthen the global commitment for the preservation, revitalization, and promotion of Indigenous languages globally, EMRIP organized a panel discussion focusing on the International Decade on Indigenous Languages and the implementation of the global action plan, which is a key strategic framework guiding joint actions at all levels throughout the Decade. “We need to ensure that everyone has a right and freedom to express themselves in the language of their choice, because language allows us to interact and convey our thoughts and to learn from each other. Language also helps us to maintain, safeguard, and transmit our histories, identities, and centuries-old wisdom,” said Irmgarda Kasinskaite-Buddenberg, Advisor for Communication and Information at UNESCO. “Through language we build our common and resilient future together. Therefore, supporting Indigenous languages is a key to addressing challenges faced by Indigenous Peoples and therefore to ensure the protection of rights.”

In March 2021, UNESCO established a global taskforce for making a decade-long action plan and to provide guidance to implement the action plan. The International Decade of Indigenous Languages decade provides a unique opportunity for tangible and long-term action of all stakeholders. But, as Binota Moy Dhamai, Chairperson of EMRIP, summarized, “The action plan can best be achieved only if there is effective partnership with and meaningful participation of Indigenous Peoples in the activities undertaken aiming to preserve, revitalize, and promote Indigenous languages. The objective of the Decade can be achieved only through the joined, coherent, and well-coordinated efforts of all stakeholders who share the same vision and work together for common objectives.”

For more on the Expert Mechanism on the Rights of Indigenous Peoples visit: https://www.ohchr.org/en/hrc-subsidiaries/expert-mechanism-on-indigenous-peoples.