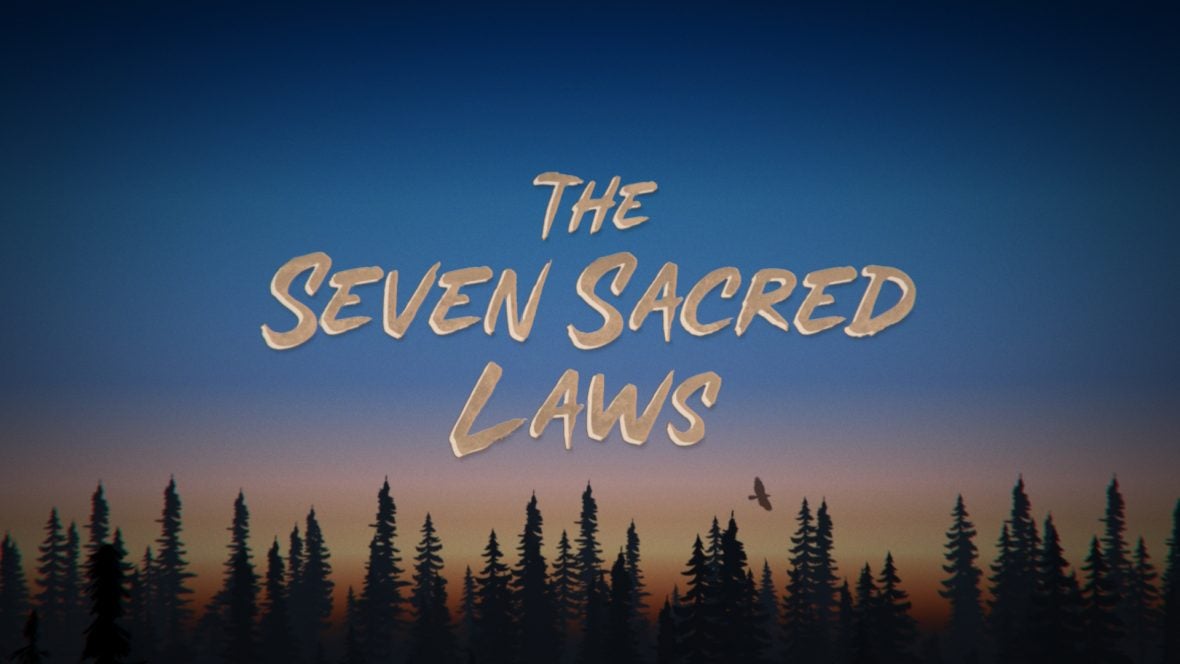 Truth. Respect. Love and courage. Humility, honesty, and wisdom. According to Anishinaabe teachings, these are the Seven Sacred Laws; the seven truths by which to live your life passed on from one generation to the next. Manitoba 150, in partnership with The Turtle Lodge International Centre for Indigenous Education and Wellness in Sagkeeng First Nation in Manitoba,  Canada, and IG Wealth Management, has released a beautiful series of short animated films that share these Seven Sacred Laws with the world.

Written by Elder, Dr. David Courchene (Anishinaabe), directed by Indigenous filmmaker, Erica Daniels (Peguis Cree Nation), and created by Manitoba’s Peg City Pictures Inc., the series follows a young boy on his vision quest, an Indigenous rite of passage. On this journey, he meets seven sacred animals that share their wisdom and knowledge with him and teaches him how to live his life in a good way and how to treat both the land and other living creatures with respect.

Soon after Grandfather Bear departs, Grandfather Sabé, a creature that bears a strong resemblance to what is commonly known as Bigfoot, arrives to share the importance of honesty with the boy. He encourages the boys to speak the truth and speak it from the heart. The boy is then visited by Grandfather Beaver, who teaches him the law of wisdom and that the path to a life of fulfillment is one in which the boy uses his gift to make the world a better place. Next, he encounters Grandfather Wolf, who delivers the law of humility and the need to think of others before you think about yourself. Finally, the boy is visited by Grandmother Turtle, who is the embodiment of truth, and who concludes the series by reminding the boy that living his life following all these Seven Sacred Laws in a collective way is the key to a peaceful, truthful life.

Once all seven sacred animals have delivered the Seven Sacred Laws to the boy, he is then considered to have been initiated by Mother Earth, also known as the first woman, who has taught him to love and respect women, considered the sacred givers of life, and all other life on earth.

“These Seven Sacred Laws represent the foundation of our identity as a People and can help set a new foundation and new narrative in this country, that’s inclusive in respecting the diversity of the human family,” says Elder Dr. David Courchene, caretaker of Turtle Lodge, in an interview with CTV News Winnipeg. “This is all the more critical, given what we are witnessing right now in terms of the recent horrific discovery of 215 young children.”

With hearts still heavy from this tragic news and with June being National Indigenous History Month in Canada, there seems no better time for the release of a bright, engaging, and easily accessible web series designed to teach Anishinaabe children, Manitobans, and the rest of the world these Seven Sacred Laws. The content and production of the series are Indigenous-led, and tell the stories of Indigenous Peoples in their own voices. This series is an excellent resource for children and adults alike and serves as an essential reminder to us all of the importance of treating all life on earth with love and respect.

“We’ve arrived in a time when we need to build on values that support life. Two common concerns can unite us as humanity – our love for our children and the issue of accelerated climate breakdown,” Elder Dr. David Courchene says, “Let us establish these universal Seven Sacred Laws and create a better world.”