Teaching the Past to Build Homes for the Future 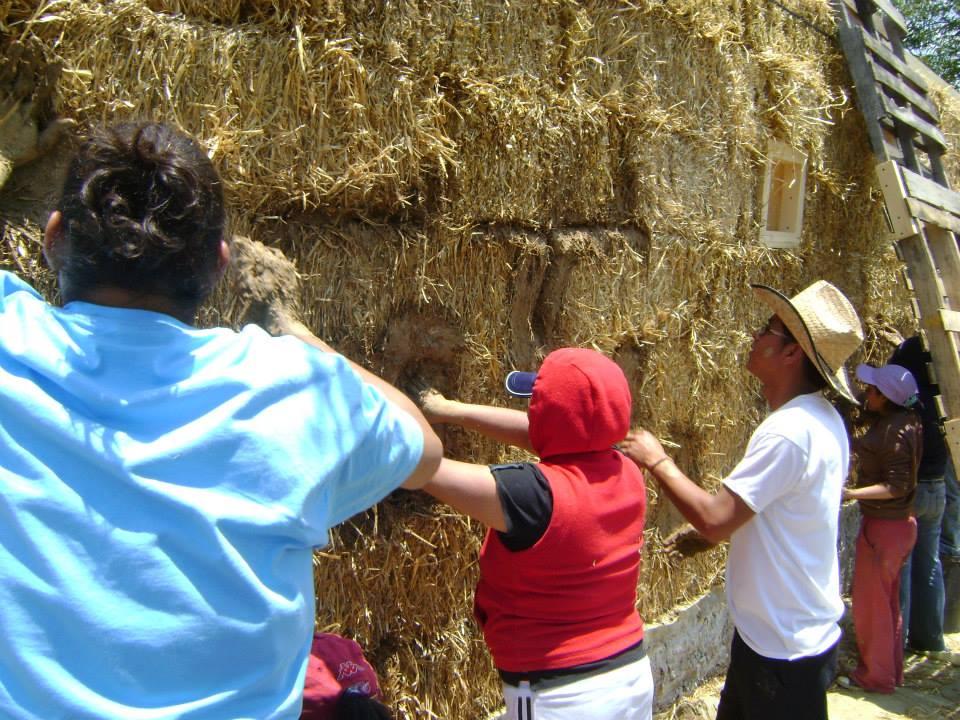 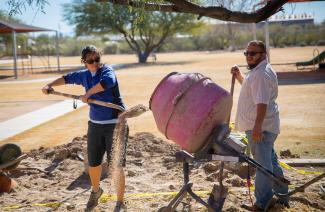 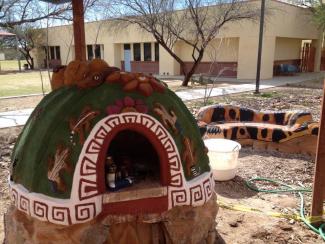 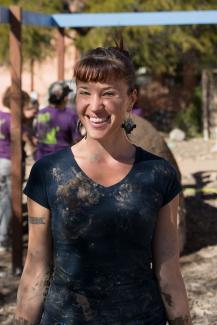 On an average day out of adobe bricks, the Tucson Indigenous Adobe Initiative is building school ovens and sculptures of gila monsters, a lizard native to the southwestern United States with meaning in many local Indigenous cultures, and that’s just to keep the momentum going. The initiative is associated with Sustainable Nations, a privately and individually funded group working to support the economic, ecological, and cultural sustainability of Indigenous communities. The Tucson Initiative is working in urban Tucson, Arizona in the Chuk’son area and with Barrio Indigenous communities to teach individuals skills for constructing and renovating adobe homes. Not only are adobe homes environmentally friendly and relatively simple to build, but they would present a more affordable alternative for Native people in the South West.

Housing prices soared throughout the country after the recession, but where many locations have begun to recover, Tucson continues to struggle. The need for affordable housing on a minimum budget by far outways the number of available homes in the area. According to a study conducted by E.C. Hedberg and Bill Hart at the University of Arizona, Native Americans are far more likely to be homeless than in Arizona as a whole. The Tucson Initiative is working to address both these issues through the renovation and construction of adobe homes.

This is just the beginning. The goal is for the initiative to become a long-term program in the area. They have partnered with David Yubeta, a nationally known adobe historic preservationist, who plans to help train the involved communities during an intensive this spring. At the same time, the initiative will also be working on a media project in a partnership with Pan Left Productions and preparations have already begun for spring 2016. They hope to provide a workshop for non-urban reservation communities such as the Tohono O'odham, Yaqui, and Xicano.

PennElys Droz (Anishinaabe/Wyandot) interned at Seventh Generation Fund, an organization focused on historical and contemporary grassroots Indigenous movements. She received her M.S. in Environmental Systems Engineering from Humboldt State University in 2004 before starting Sustainable Nations, an offshoot of Indigenous Environmental Network, with the intention of providing an alternative solution to more current environmentally threatening forms of housing development. The Adobe Initiative developed almost naturally from there, growing out of relationships built by the consultation work provided by Sustainable Nations. “There had been a lot of talking about wanting to relearn traditional adobe building practice. There are not a lot of younger people with that knowledge,” Droz said.

Gaining the knowledge of adobe practices would allow communities to construct, repair, and renovate adobe buildings that have fallen into disrepair, many of which are still lived in by many members of the community. Currently adobe repairs are very expensive. Only the more wealthy individuals can afford them, creating a situation where the Indigenous people, who have traditionally used these construction methods, are unable to afford the upkeep. Yet the technique is easy to learn and deploy—PennElys Droz recounts helping with her first adobe house renovation at the age of 16. The youth group aims to train native youth in these techniques since, according to Droz, “You don’t have to be a trained contractor to do this work.” One of the reasons adobe techniques are so attractive is that everyone, grandparents, mothers, fathers, and children, can all be involved in the process.

Traditional adobe building is eco-friendly—using mostly earth with limited other materials, is inexpensive, and simple. If correctly made, these buildings can be durable and long lasting. The problem with many adobe houses today is that they were treated with stucco in the 1980s, in an attempt to conserve the buildings. However, the effort ultimately caused damaged to the structures. While the focus is on utilizing traditional techniques, there is an effort to make living in old adobe homes a viable option for today’s communities. This makes it necessary to adapt some aspects of traditional adobe houses. Traditional adobe floors require yearly upkeep that has traditionally involved the entire community in the process. Mobilizing the community for multiple houses in need of refurbishment on a yearly basis to many would be an unreasonable expectation in terms of time commitment. As a result, more modern flooring will be used.

The Tucson Indigenous Adobe Initiative is also pairing with Pan Left Productions to train a collection of young individuals in film production in order to produce a film on the history of adobe construction, highlighting the landscape and ecology of the desert. The idea is that the production will act as an educational tool and will be made accessible to the public after publication. The film is coming at the communities’ bequest to share this information.

While planning intensives and workshops, the initiative is currently working with the Las Milpitas de Cottonwood urban community farm to design and build an adobe oven and grill to keep the energy and flow going. They have also been working with local schools to create ovens and sculptures and have recently completed a project with the help of the 5th graders at Borton Elementary School.

In terms of the large goals of the project, funding is a challenge and there are a lot of moving parts to juggle, but everyone is working to make it happen. “The amazing thing is as of this moment, the project is coming about at the strong request of the local people and things have been falling into place, “ said Droz.  Adobe construction instructor David Yubeta was so excited about the project that he volunteered to teach adobe construction techniques pro bono.

Droz believes successful projects are those initiated by the local people, as is the case with the Tucson Indigenous Adobe Initiative. The project is also more flexible because it is not going through governmental channels, cutting down the administrative red tape and politics that can often tie up a project. Since the project is community-based and seeks funds from local donors and tribes, it is able to progress more smoothly. “We are running it habitat for humanity style now and in the future, the people we are going to be working with are low income folks that are committed to full collaboration and partnership, becoming trained themselves and working on the homes. There is a lot of sweat equity.”

While current training is taking place within urban Tucson, future plans for the Spring of 2016 are in the works. The focus will be on providing workshops for training Native reservation communities. After training, individuals will be able to return and work with their localized communities to increase the amount of available and affordable housing. The issue of housing is an issue affecting not just Indigenous groups in Tuscon, but throughout the United States. Groups such as the Tohono O'odham, Yaqui, and Xicano have already expressed interest.

The idea is to provide sustainability. Not only will the homes be ecofriendly, but because local individuals are being taught the techniques, they will be able to initiate projects whenever necessary. The Tucson Indigenous Adobe Initiative is a program that aims to start and perpetuate sustainable ways of looking at homes for Indigenous communities in the area.