Take Action Cameroon: Palm Oil vs. People and the Planet 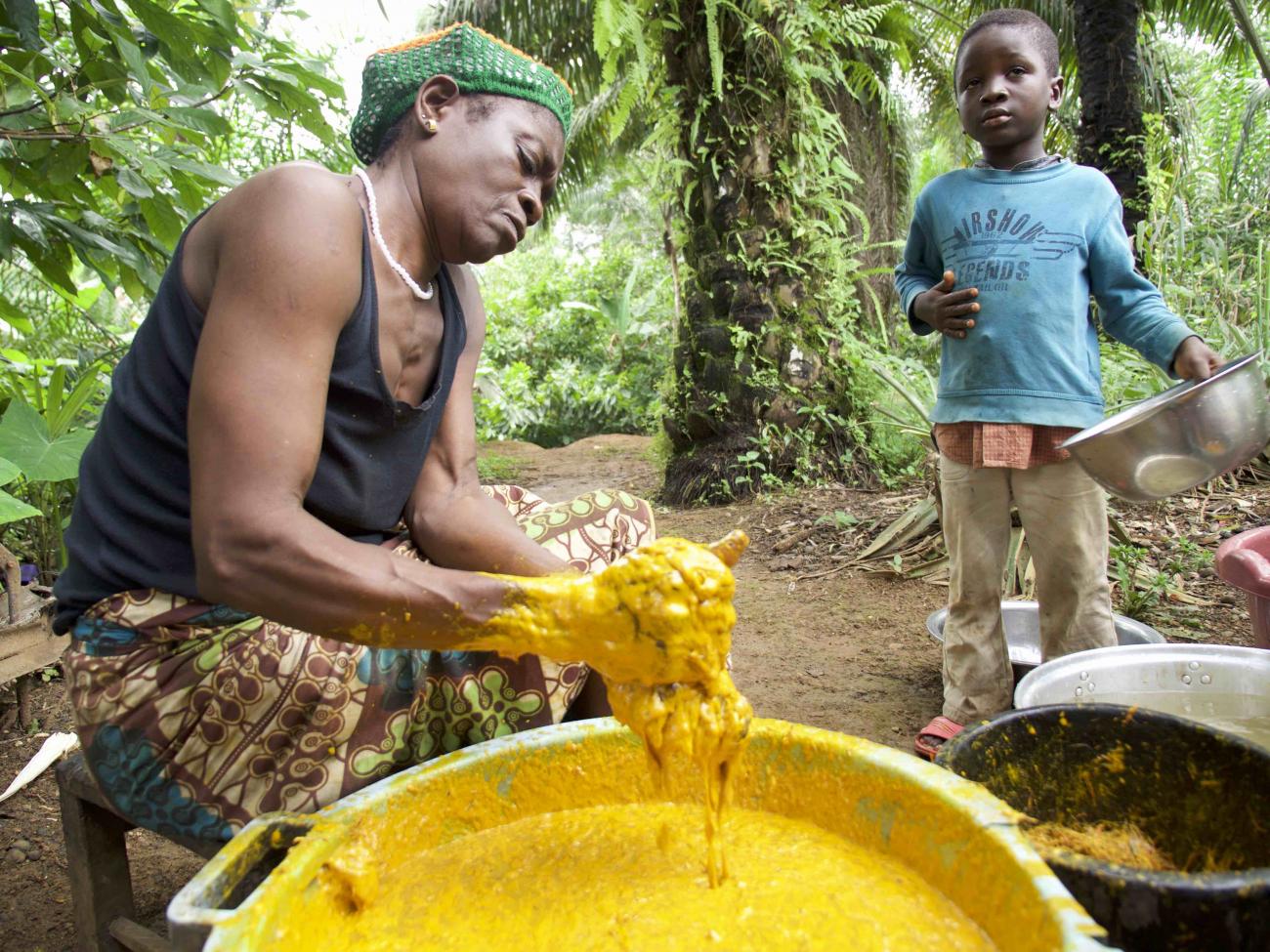 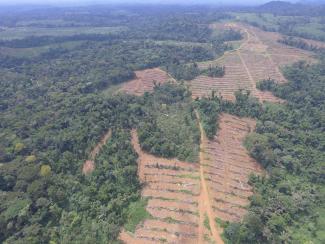 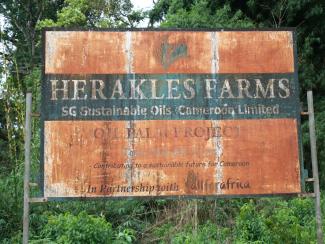 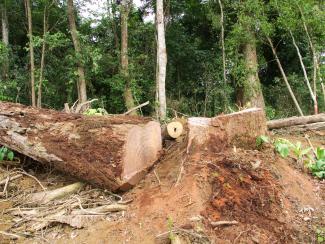 Herakles Farms’  land lease is up for renewal next month. Tell the President of Cameroon to respect community lands and biodiverse forests and reject the 99-year lease renewal for a palm oil plantation.  Sign the petition here.

Since 2009, an American palm oil company Herakles Farms has been illegally clearing forests in Southwestern Cameroon to make room for a massive monocropped palm oil plantation. The land traditionally has been used by local communities for small-scale palm oil harvesting and subsistence farming. Through its history of operation, the company has violated local laws as well as international human rights standards, including the communities' right to Free, Prior and Informed Consent before any development takes place on their traditional lands.  Now, communities who were pressured, bribed, and intimidated into selling their land remain disenfranchised and are demanding their lands be ceded back to them.  “SGSOC violated the law many times and didn’t fulfill the numerous promises they made to the communities, such as the building of roads and schools, so one can’t think how they could improve. Cameroon needs development, but always while protecting local communities and the great biodiversity that surrounds them,” said Sylvie Djacbou of Greenpeace Cameroon.

The 73,000 hectares of land leased by the government of Cameroon also acts as a buffer zone to four protected conservation areas, including Korup National Park, and is located in the Guinean forest of West Africa Biodiversity Hotspot, which shelters 1,800 endemic species and is a priority for primate conservation.  To date, the company has cleared 882 hectares of forest at its main site. If the entire concession is converted from forest into oil palm, it would result in net carbon emissions of 20.9 GtCO2e.

Corruption has also been rampant within the project.  New evidence uncovered by the Oakland Institute shows that the US government may have played a role in Cameroon's extending a concession to American palm oil company Herakles Farms in 2013. “It was shocking that President Biya signed the decrees despite the mountain of evidence exposing the vast social, economic, and environmental consequences of the project,” commented Frederic Mousseau, Policy Director at the Oakland Institute. “We now know that behind the scenes, US government officials were applying serious pressure to the Cameroonian government to grant Herakles Farms the land.”  Two Cameroonian NGOs—SEFE and Nature Cameroon—based in the plantation area have been subjected to administrative and judicial harassment by SGSOC and the Cameroonian Government for over five years, as shown by the example of Nasako Besingi, director of SEFE, who was sued by Herakles for defamation and inexplicably convicted by a Cameroonian court. Besingi is appealing the conviction.

Herakles Farms has faced loud opposition from a coalition of communities, local environmental organizations, and international groups. In 2013 Cultural Survival delivered 800 signatures of local community members in opposition to the project to the CEO of Herakles Farms at their New York headquarters in 2013.    As illegalities of the operation were revealed, investors became squeamish and ownership of the plantation was transferred to the Cameroonian subsidiary, SGSOC Global.

In September 2016, Two collective complaints involving 244 farmers which were filed against SGSOC in September 2016.  A new report from Greenpeace Cameroon shared the story of Susan Tah Agbo, who was born and raised in Nguti, one of the villages most greatly affected by the plantation. Her two sisters passed away, and she is taking care of 24 people thanks to her twenty hectares of land. Her farm is located within the concession area that was demarcated by SGSOC. Every day when she leaves her house to go to her farm located in the forest, she fears that the company had destroyed her crops.  “One day when I was going to the bush, I saw red marks on the trees, and we were told that SGSOC was coming. We plant banana, plantain, pineapple, plum, mango, pear, and medicinal herbs… We get everything from the forest and we know they will cut all the trees. My parents raised me to be a farmer, and this is thanks to my crops that I can pay for the education of all the children I’m supporting. How are we going to live if SGSOC takes our farms? How are we going to eat? I have no other means. I don’t want money, because who knows for how many years it will last? It won’t help my children and grandchildren, but my farm will, as I have crops every year."

A provisional land lease was granted via a presidential decree in November 2013 to SGSOC.  This coming November 2016, the company's three-year trial lease will be expiring and the government of Cameroon must decide whether or not to renew the lease to subsidiary SG Sustainable Oils Cameroon (SGSOC) this time for another 99 years.  A  coalition of over twenty Cameroonian and international NGOs has stood up to SGSOC’s unethical and illegal behavior since 2012. Now, members of this coalition have launched a petition in Cameroon and internationally, to ask the Cameroonian government not to extend nor to renew the lease after it expires this November.

Join us in calling on Cameroon to end this project once and for all. Take Action here and sign the petition.

1) A man in Babensi II village using palm oil.  Palm oil is very important for local communities as it is used by Cameroonian villagers on a daily basis. This palm oil was processed locally by small scale producers.  © Environmental Investigation Agency (EIA) Used with permission.

2) SG Sustainable Oils Cameroon (SGSOC) has been clearing the land close to Babensi II village, where inhabitants were farming their crops. 13 farmers of Babensi II and 231 farmers from Nguti filed a collective complaint on 27 September 2016 in the First court of Instance in Bangem against SGSOC for trespass to land. Their hearing will start on 9 November.   © Environmental Investigation Agency (EIA) Used with permission.

3) Sign at the entrance of a oil palm nursery, with the name of the previous owner of SGSOC. SG Sustainable Oils Cameroon (SGSOC) settled in south-west Cameroon in 2009 (they were owned by US based company Herakles Farms until early 2015). They illegally occupied National Lands, and began clearing forest and implanting palm nurseries prior to completing a social-environmental impact assessment, in violation of Cameroonian law. They also logged illegally.© Environmental Investigation Agency (EIA) Used with permission.