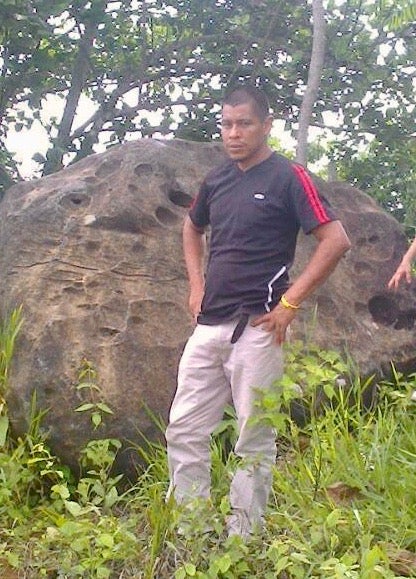 With reporting by John McPhaul

Costa Rican Indigenous leader, Jerhy Rivera Rivera (Brörán) was killed on the night of February 24, 2020, in the community of Mano de Tigre, San Antonio, in the titled Indigenous Territory of Térraba, Puntarenas province, marking the second death of Indigenous land defenders in the country in less than one year.  This murder also occurs two weeks after Bribri leader Mainor Ortiz Delgado survived a shot in the right thigh; in the Rio Azul Community of Térraba.

According to preliminary reports, attackers had organized nearby and waited for nightfall to target the local Indigenous community members who have been peacefully reclaiming ancestral lands legally titled to them over four decades ago but which remain in the hands of illegal settlers according to Costa Rica’s own laws.

The president of Costa Rica issued a statement that they have provided increased police presence in the region after recent attack on Mainor Ortiz, but community members in Térraba say there has been no increased presence in their communities Video footage shows a moment in which the police are present at the scene of the conflict, but witnesses claim they did nothing to de-escalate the violence or protect Rivera's body on the side of the road from the mob.  We are told the murder suspect turned himself into the authorities but charges are still pending.

Since 2010, in the face of government inaction, Indigenous communities in Costa Rica have been re-occupying lands within 24 territories belonging to them under the 1977 Indigenous Law. A Bribri leader, Sergio Rojas, led efforts to recover the lands in his indigenous territory of Salitre, until he was murdered last March 18, 2019. His death remains in impunity despite numerous calls for investigations by local Indigenous and human rights organizations, Costa Rica’s human rights Ombudsman, the UN, and international organizations such as Cultural Survival.

The recent attack against Jerhy Rivera did not come without warning.  FRENAPI, the National Front of Indigenous Peoples, reported that two nights before the attack on Rivera, they sent out an Early Warning communication to Government authorities and  the Special Rapporteur for Indigenous Peoples, regarding a recent mobilization of non-Indigenous people who entered the areas of Indigenous territory of Térraba, Crun D'bonn and Cabagra in Palmira.  “Early warnings about the growing tensions in Térraba were once again met with an ineffective response by the state,” Vanessa Jiménez, of Forest Peoples Programme, told the Guardian. “The government either can’t or won’t protect the Bribri and Brörán from violence.”

Jehry Rivera was the subject of an attempted murder previously, but his attacker was never jailed.  Rivera was brutally assaulted in September 2013 while searching for a cell signal to report to authorities that non-Indigenous people were conducting illegal logging on Indigenous territories.

Both Sergio Rojas and Mainor Ortiz had also been victims of earlier attacks or homicide attempts.  For this reason, since 2015, the Bribri and Brörán communities were subject to precautionary protection measures ordered by the Inter-American Commission on Human Rights issued since 2015.  This distinction means that the state of Costa Rica is responsible for ensuring the physical security of the individuals within these communities.

In a press release, the traditional Indigenous governance council the Consejo Ditsó Iriria Ajkonuk Wakpa exclaimed, “We denounce the State for its complicity in this assassination, for not abiding by the Precautionary measures ordered by the Inter-American Court for Human Rights which are guaranteed to the Brörán community of Terraba and the Bribri of Salitre.  We also denounce the President of Costa Rica Carlos Alvarado Quesada who aims to delay the process of land and territory recuperation, while failing to carry out evictions necessary to bring peace and territorial integrity to Indigenous lands. We will not be deterred in the defense of our land rights.”

Costa Rican President Carlos Alvarado Quesada released a video statement condemning Rivera's murder. "I deeply regret the acts of violence that occurred today in that community,” he expressed. Yet, rather than call for the illegal settlers and their allies to stand down and exit Indigenous lands, the president called on Indigenous communities to refrain from efforts to recuperate their legally-titled, ancestral lands.  He went on to claim that the State has provided ample security to Indigenous communities in line with the recommendations from the Inter-American Commission, which Indigenous communities strongly rejected: “The president should have mentioned that, to date, the State of Costa Rica has not jailed a single person responsible for attacks against us…The inaction of the State makes possible and legitimizes this violence,” they responded in a press release.

They also denied the President’s claim that the State has carried out 6 evictions in Salitre. “This is categorically false. “Over 5 years, the Bribri have asked the Government to [carry out these evictions] In June of 2019, the government authorized the possession of two land parcels, but these had already been recuperated previously by Indigenous persons. Which means, they did not physically remove anyone. The other orders for eviction have not been executed, and those occupying the land continue to instigate violence against the Bribri.”

Cultural Survival echoes the call of the Bribri and Brörán in urging the Costa Rican government to fulfill their obligation to protect Indigenous Peoples’ rights in Costa Rica. We reiterate our calls to Costa Rica to fully investigate and bring justice to all acts of violence against Indigenous land defenders, in accordance with the domestic and international law, and to take immediate steps to remove non-Indigenous settlers on Indigenous titled land.