Reporting from Glasgow! Recap from the first week at COP26 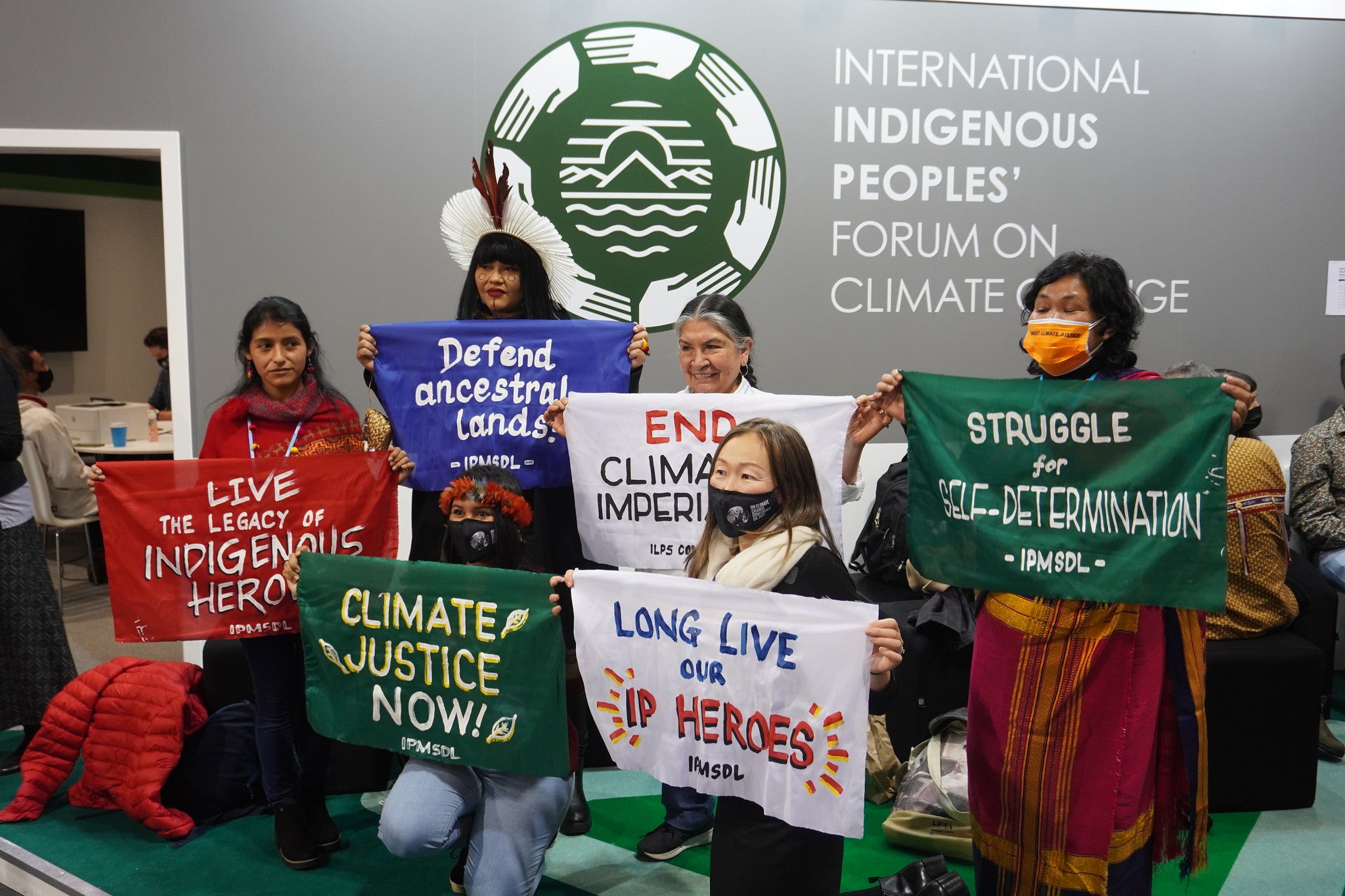 Reporting from Glasgow! Recap from the First Week at COP26

As week 1 of COP26 comes to a close, our delegation participated in various dialogues and presentations pertaining to the proposed solutions to address climate change mitigation and adaptation, loss, and damages of our ecosystems as well as climate finance. Alongside many other Indigenous leaders present inside #COP26 and others who took to the street to protest the climate conference, Cultural Survival's Indigenous women-led delegation denounces nature-based and scalable solutions as they are false solutions that continue to displace and criminalize Indigenous Peoples on their own lands and territories and also commodifies, extracts and exploits our environments.

Our delegation will continue to directly engage at the second week of COP26 by centering and uplifting Indigenous Peoples' rights, solutions, and traditional knowledge in tackling climate change, advocating for direct funding to support Indigenous Peoples' land titling, tenure, stewardship, and self-determination, and amplifying the voices of Indigenous Peoples across the seven socio-cultural regions of the world.

Join us in listening to some Indigenous leaders across the world to hear their work at #COP26. 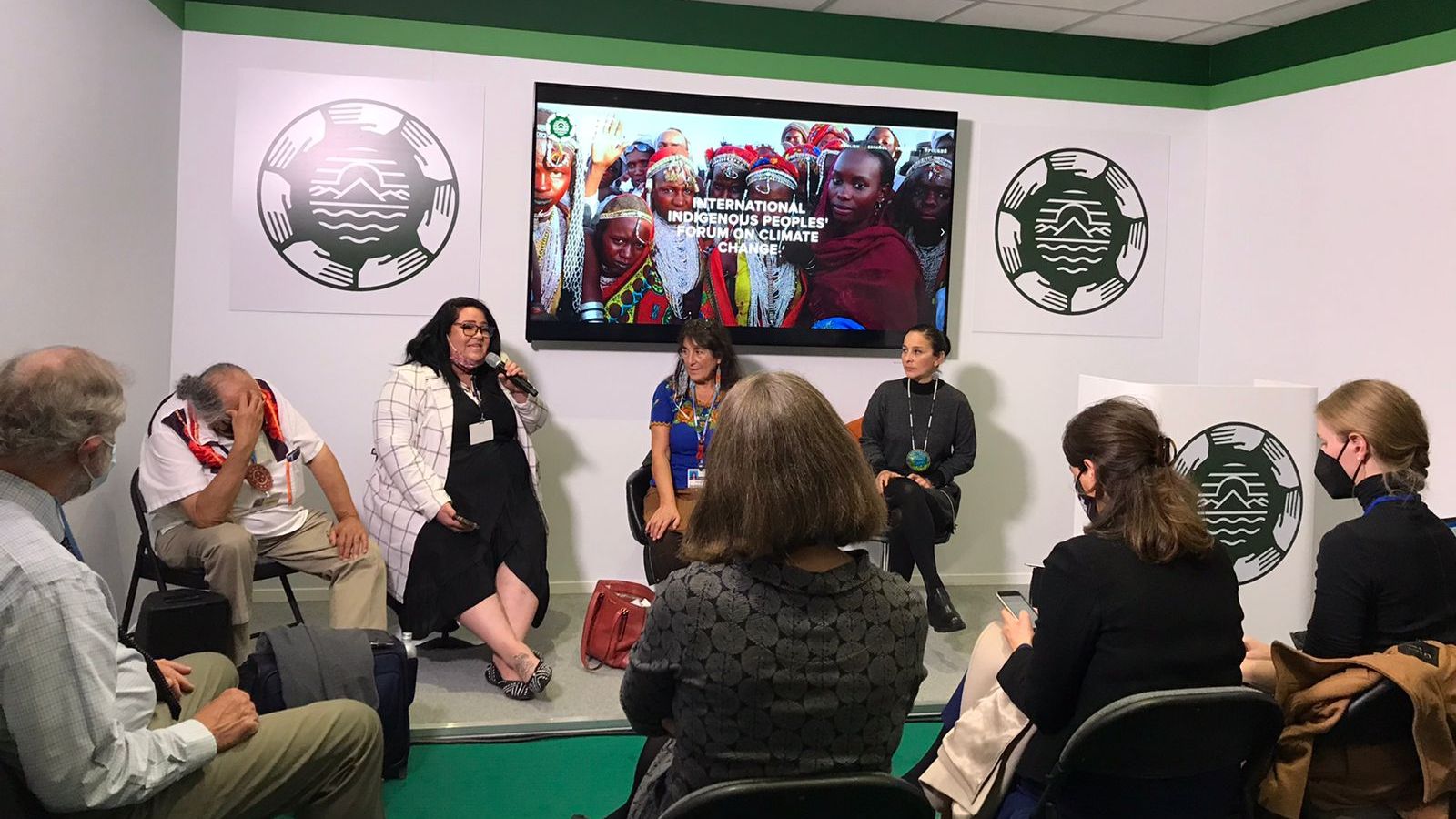 Daisee Francour (Oneida), Director of Strategic Partnerships and Communications, speaking on a panel on the 30x30 Initiative at the International Indigenous Peoples’ Forum on Climate Change Pavilion. Watch the panel recording here (at 5:31:01) 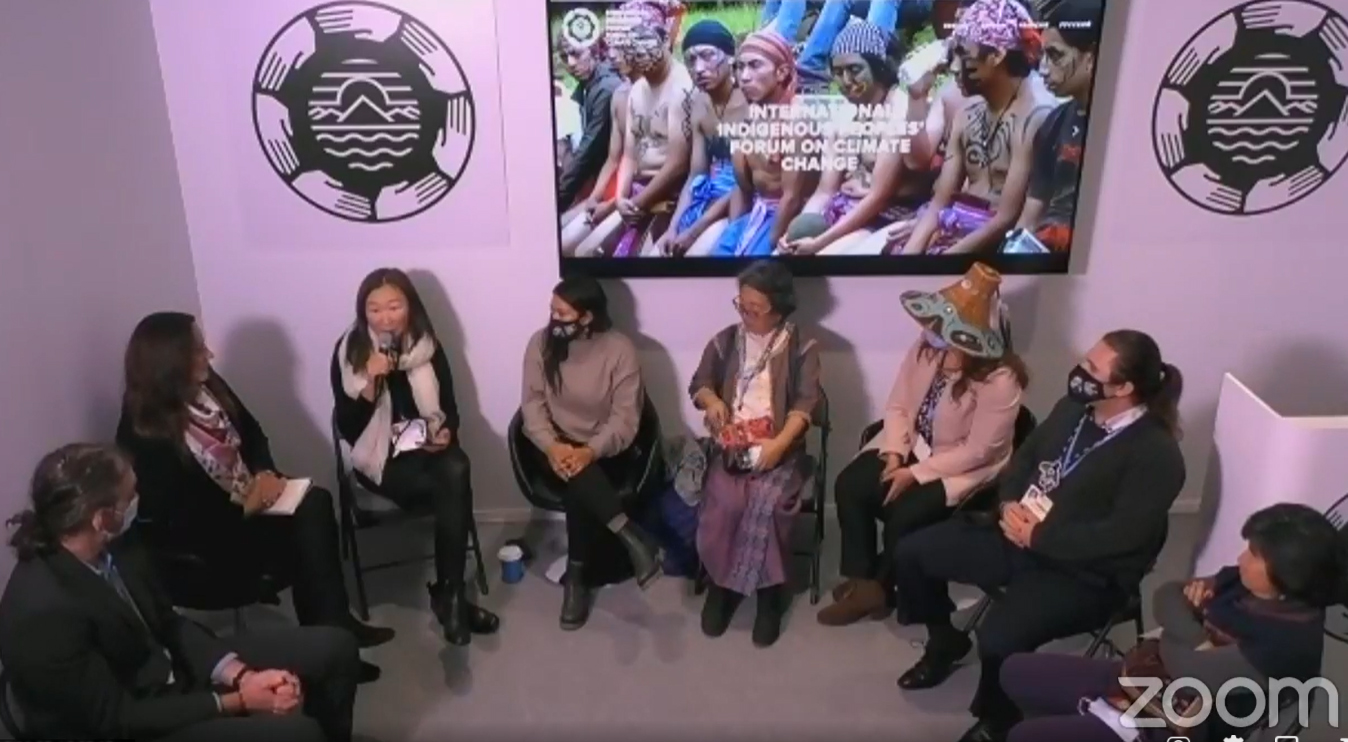 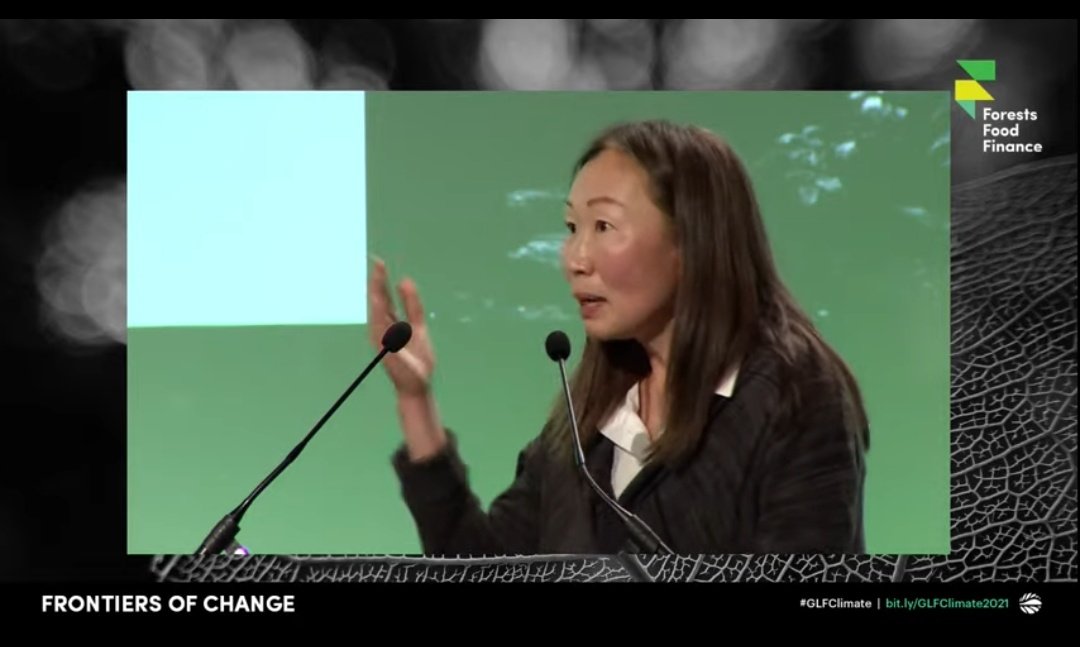 "As Indigenous Peoples, we carry traditional knowledge which is born from the direct relationship between the land and our people - that's the magic solution to protecting our territories...We have been coming to these events for decades but we are not being listened to. We know what we are doing... Let our people protect our forests. Let our people protect our lands. Let the government leave us alone," said Galina Angarova today at Global Landscapes Forum's event, Positive Tipping Points for Transformative Change (Watch at 1:32:38).

Help resource our Indigenous delegation by making a gift! 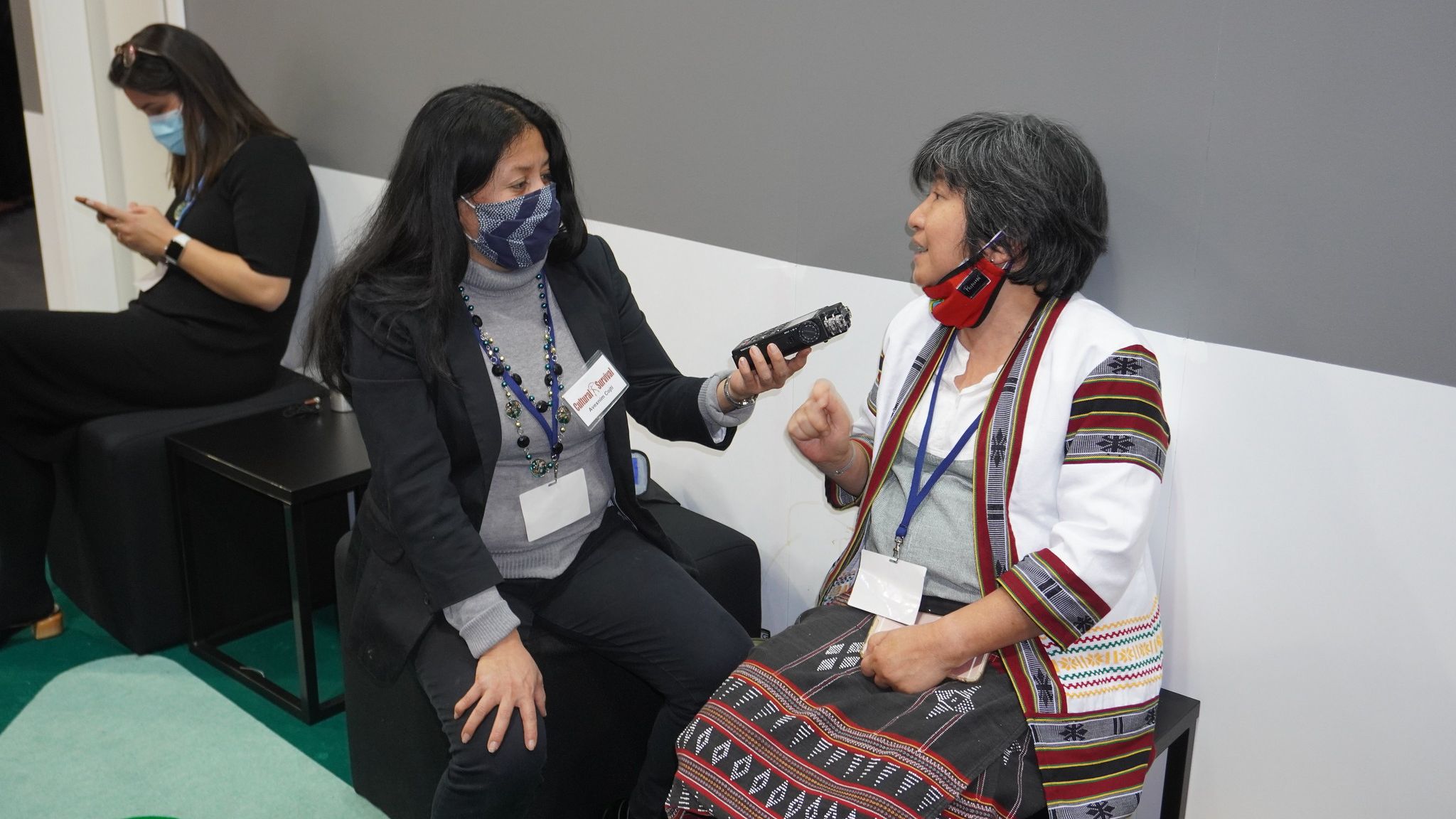 Cultural Survival At COP26 - An Interview With Fawn Sharp

The COP26 summit will bring parties together to accelerate action towards the goals of the Paris Agreement and the UN Framework Convention on Climate Change. How is climate change affecting Indigenous Peoples? Cultural Survival's Avexnim Cojti (Maya Ki'che') spoke to Fawn Sharp (Quinault Indian Nation), President of the National Congress of American Indians (NCAI).

Our Babies Are Born Pre-Polluted With Mercury

Indigenous Knowledge Is Fundamental To The Preservation Of Humanity

At this year's United Nations Framework Convention on Climate Change (UNFCCC) Conference of Parties (COP 26) in Glasgow, Scotland, Cultural Survival spoke with Frank Ettawageshik (Little Traverse Bay Bands of Odawa Indians), Executive Director of the United Tribes of Michigan and President of Association on American Indian Affairs, who has been involved in international Indigenous rights advocacy for decades, about Indigenous leadership in climate action.

Joan Carling (Kankanaey) is an Indigenous activist from the Cordillera in the Philippines. Her expertise includes areas like human rights, sustainable development, the environment, climate change, and also the implementation of Free, Prior and Informed Consent. Joan Carling attended the 26th convening of the Conference of the Parties or COP 26 in Glasgow in November 2021.

Cultural Survival's Avexnim Cojti got a chance to speak to the former Special Rapporteur on the Rights of Indigenous Peoples Victoria Tauli-Corpuz (Igorot) at COP26 about the need for funding the transition into the Green Economy.

The Pacific Region Is Present at COP26!

Avexnim Cojti spoke to Tiana Kavicevich (Tuhoe) and India Miro Longan-Riley (Whakatohea) from Te Ara Whatu Organization, a youth delegation at COP26 from the Pacific Region, about what climate change looks like in their communities

Cultural Survival’s Lead on Brazil, Edson Krenak (Krenak) was at COP26, joining Indigenous delegations in making sure Indigenous voices are heard and listened to in the fight to combat climate change.

November 9, 2021 11:30 AM - 1:00 PM GMT (UK)
Earth observation-based innovation by and for Indigenous women for climate change adaptation
Tower Base North

Group on Earth Observations (GEO) Indigenous Alliance and Cultural Survival are organizing an Indigenous-led session to address the under-representation and inequality that Indigenous women face, as well as inspire the next generation of women to leverage existing technologies to find creative, low-cost, and sustainable solutions to the climate crisis, in particular, addressing adaptation and nature-based solutions. Indigenous women are key climate defenders who possess invaluable knowledge and expertise for climate change responses, yet they are the most affected by climate change. Earth observation (EO) data and tools co-designed by and/or with Indigenous communities are enabling Indigenous women and youth to integrate their Indigenous knowledge with climate change adaptation plans. This is also enabling their voices to be heard in climate policy decisions at the local, national and international levels. Indigenous women will share their innovative projects whilst also outlining the challenges and barriers they face implementing their projects.