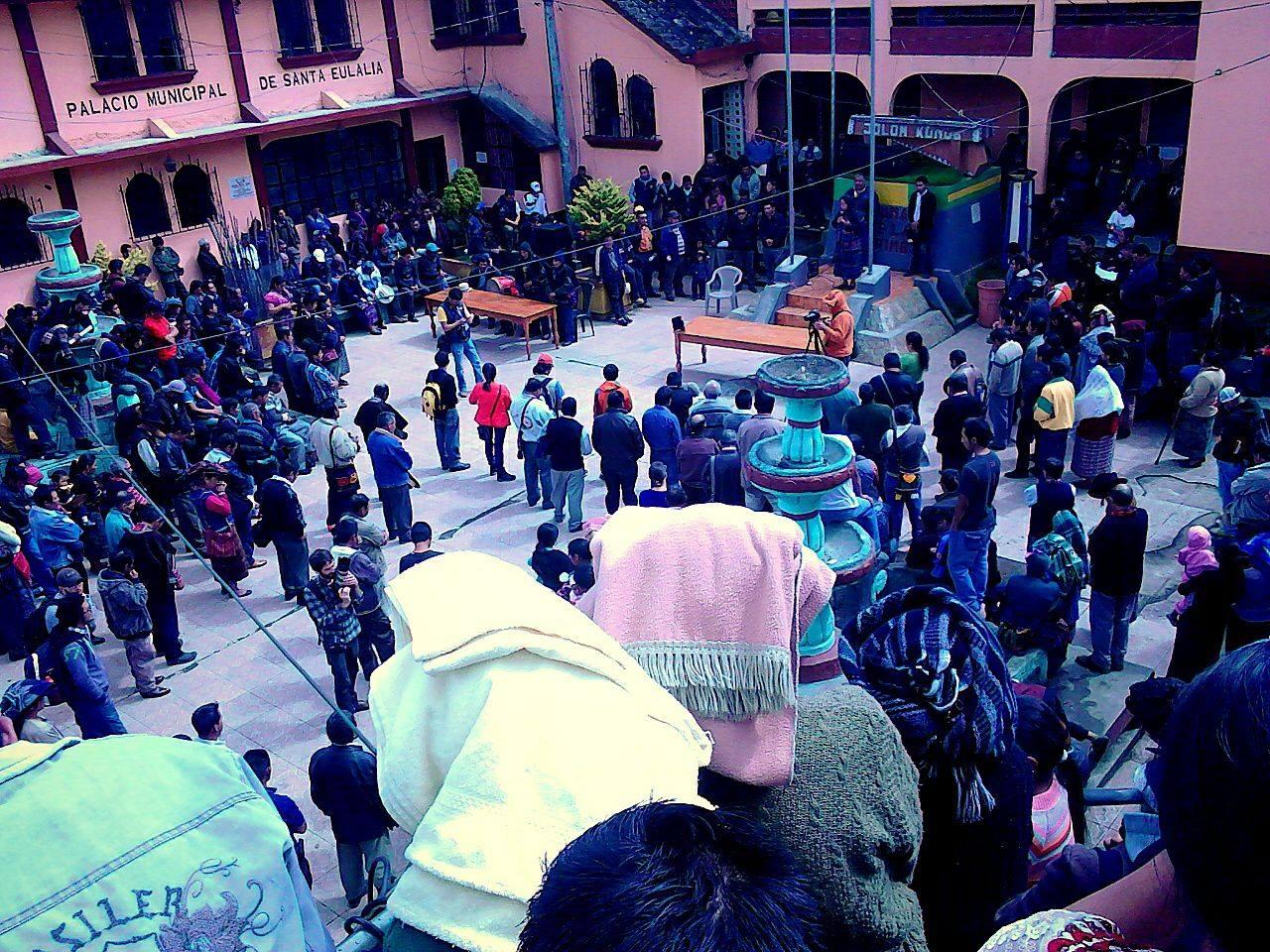 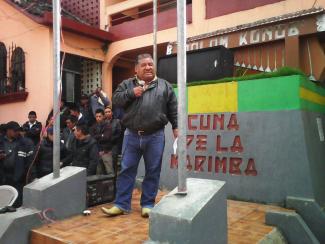 On March 19, 2015, members of Radio Snuq Jolom Konob, alongside ancestral leaders, community elders, and various human rights organizations, took to the streets demanding that the town’s mayor re-open the radio premises in Santa Eulalia, Guatemala. Supporters and radio members gathered in front of the municipal building demanding to speak with the mayor to resolve this issues. This demand comes after January’s violent events that left one citizen dead, another gravely injured, and shut down the  radio station.

At the end of January, Santa Eulalia’s mayor, Diego Marcos, and a gang of his backers placed a lock and blocked the entrance to  community radio station Snuq Jolom Konob and attacked radio volunteers threatening their safety following an altercation between the community and the Proyecto de Desarrollo Hidroelectrico, a hydroelectric company. The PDH has been dumping toxic waste, contaminating local water sources and displacing local indigenous communities  in Santa Eulalia which caused the communities to rise against them. Radio Snuq Jolom Konob has been reporting live and closely following all events on the ground in Santa Eulalia. However, no valid reasons were given for shutting the station down except that the mayor was unhappy that events and protests were broadcast against the PDH and its various projects in the area.

Members of Radio Snuq Jolom Konob reported this human rights violation to the Guatemalan Human Rights Procurator, the Office of the United Nations High Commissioner for Human Rights, and other Indigenous rights organizations. Despite national and international pressure, the mayor of Santa Eulalia is refusing to reopen Radio Snuq Jolom Konob. He has made his own demands before opening the doors to the radio cabin which include changing the station’s board of directors and cutting its weekend social justice program. Radio Snuq Jolom Konob refuses to comply with these demands and sees them as tyrannical.

On March 19, hundreds of people flooded the streets of Santa Eulalia to support Radio Snuq Jolom Konob and demanding the mayor open the premises where the station is housed. The event began with a sacred Mayan ceremony commemorating the day as the day of 3 Tijax, a day that the community hopes will bring success through dialogue and understanding. In the face of this massive gathering, the mayor of Santa Eulalia claimed in front of the Q’anjob’al community that he shut down the radio because his supporters “demanded it.” He accused many volunteers at Radio Snuq Jolom Konob of theft and promotion of violence. He said he would reopen the station under the circumstances that all the radio personnel is replaced.

Local organizations, community leaders, ancestral authorities, and the community of Santa Eulalia are standing strong, and are not agreeing to the mayor’s terms and have decided they will wait as long as it takes for the radio to reopen. Hopes were high that the mayor would realize that the community demands to have the radio back. However, as the day progressed little hope was left that the station would be back on the air soon, as the mayor and his supporters responded with violence and have been intimidating community members and anyone approaching the station by flashing firearms. Various journalists and community media volunteers were assaulted by the mayor's supporters as they documented and livestreamed the whole event.

Stay tuned for more information and support this ongoing fight for freedom of expression in Guatemala.