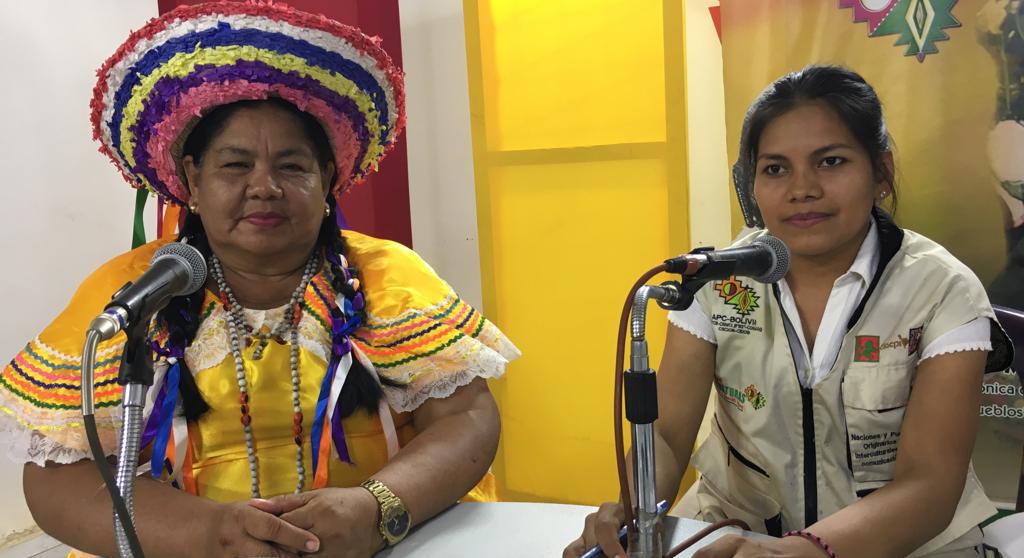 By the Women Media Makers of Radio Pedro Ingacio Muiba

In the last decade, there have been great advances in the recognition of Indigenous Peoples’ rights in Bolivia. Despite this, many Indigenous communities find themselves in disadvantaged and difficult economic, social and cultural situations. Reaffirming the dignity of Indigenous Peoples and bringing a process of construction and change to Bolivia are continuous challenges. Communicators from Radio Pedro Ignacio Muiba broadcast the voices of Indigenous Peoples of the Amazon and contribute to this process of transformation.

Radio Pedro Ignacio Muiba was the first radio in the Bolivian Amazon where Indigenous Peoples directly expressed their concerns, stories, realities, and spoke openly. The radio's objectives are the promotion of communication, the fulfillment of Indigenous rights and the rights of Mother Earth, decolonization, de-patriarchalization, and the building of the plurinational state.

Since its inception, the radio has been recognized for its journalistic and audiovisual works in relation to Indigenous Peoples. The station has gained recognition from commercial media despite the context of machismo, prejudice, and discrimination in the media. Indigenous radio broadcasters have achieved independence of opinion and built one of the largest audiences in the region, overcoming many prejudices where women are objectified in the media.

In 2019, the staff of Radio Pedro Ignacio Muiba presented a proposal to Cultural Survival, as part of the process to strengthen their radio and journalistic capacities. With a grant from Cultural Survival’s Community Media Grants Program, the radio team created live and pre-recorded programs and spots to promote knowledge and reflections on individual and collective rights of women, as well as the construction of the Plurinational State. These two topics are elements of great contribution that encourage dialogue, reflection, and articulation of different organizations in the department of Beni.

Radio Pedro Ignacio Muiba has worked hard to claim the right to communication and make communication empowerment of Indigenous Peoples and Indigenous women visible. In 2011, the station applied for a license under the new Telecommunications Law, and in 2018 obtained the approval of the Bolivian Film and Audiovisual Law to manage its own media and obtained state support for the creation of the Indigenous community radio guaranteed in the 2009 Bolivian Constitution.

The technical skills of the Indigenous communicators have allowed the radio to be part of  the transformation of the State through its productions and participation in the region with communities and organizations. The support of Cultural Survival has meant thinking and reflecting on a variety of productions on topics of rights, cultural identity, community economy, the role of Indigenous assembly members, migration, denial of origins, strengthening of Indigenous languages and worldviews, from a vision of reciprocity and collectivity. The radio team asked themselves to reflect on how to decolonize using communication? They took into consideration that the organic structures of the State continue to reflect colonial structures that are present in society.

A space was also created for dialogue with authorities, departmental organizations, national leaders in which all sectors of society were included in a collective search to reestablish autonomy of Indigenous Peoples. "The reflection is comprehensive, collective and goes from the inside to the outside. Humanity and the community as part of the whole, in a balance with Mother Nature, and leaving behind the idea of being the center of everything.” 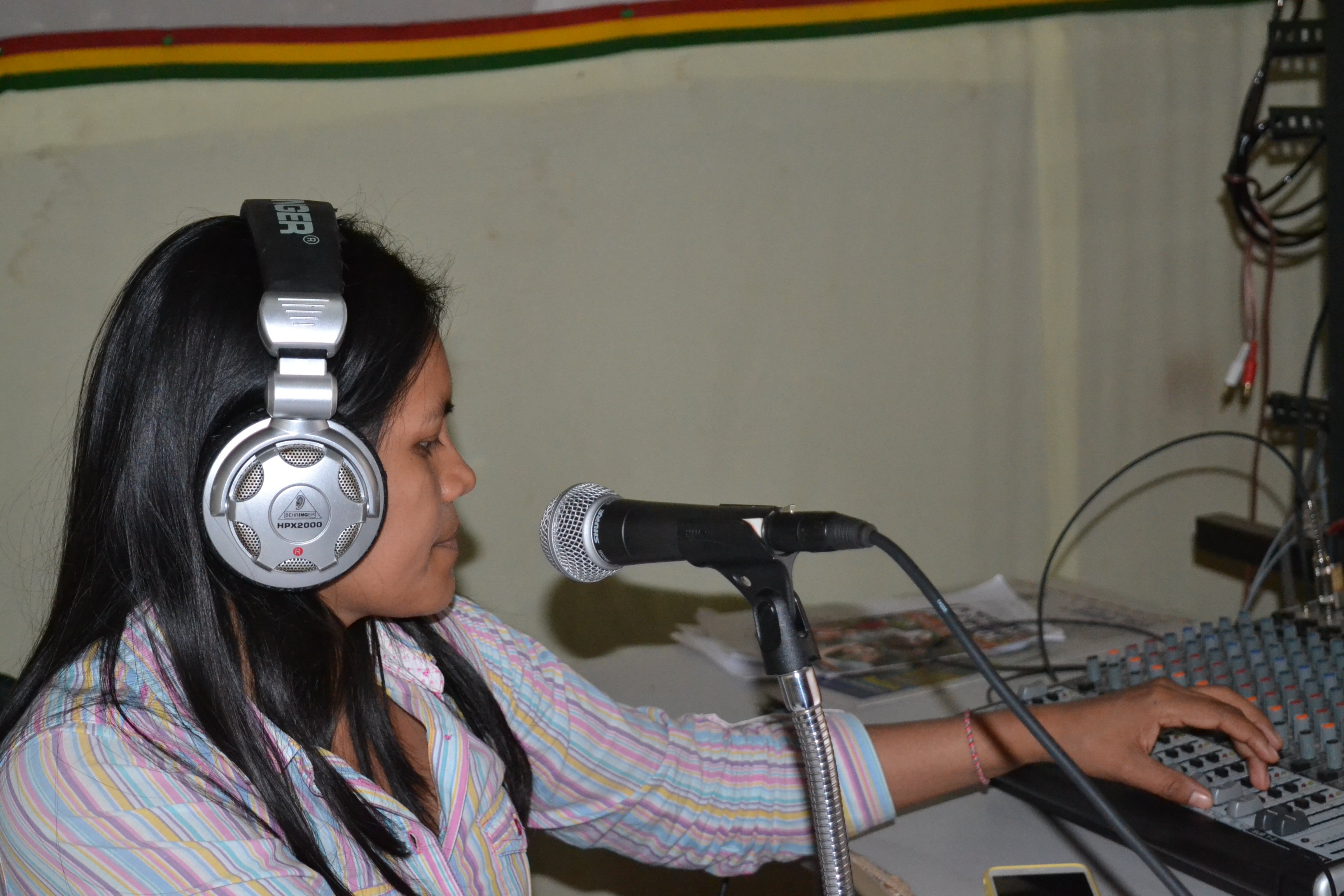 Transformation through dialogue, communication between communities and societies, can build spaces for cultural exchanges that allow for overcoming prejudices. To achieve this, the voice of Indigenous Peoples must be heard and taken into account, with the implementation of changes. "The connection and the community through the alliances allow us to recover the strength of the voices of the Indigenous Peoples." The station amplifies Indigenous voices through the sharing stories, dialogues, the collective, and strengthening the connection of the community with Indigenous worldviews.