We P'urhépecha Peoples are one of 68 Indigenous Peoples in Mexico. We inhabit the Meseta Purépecha in Michoacán and are inhabitants of Cherán. Our municipality is made up of more than 20,000 people. For as long as we have had our ancestral memories, our forests and our territories have always been important to us.


We are often asked, “What did the women do in Cherán?” “How was the history of this community passed down?” For us it was all becoming too much. Every day loggers would cut down piles and piles of wood; they were often members of organized crime gangs. They would come in pickup trucks and we could not say anything. If they cut down all of our trees, the water would go away and we knew we would have nothing to live off of. So we said: enough is enough!


We women took the risk and said, “Come what may.” We knew perfectly well that when outsiders were looting our resources in the forests, they were all armed. I have a lot of respect for my companions who still stood up to them because you have to have a lot of courage to do that. We were there exposing our lives to whatever came. We are a living example that we can defend what we really wanted to defend, even if we are afraid. 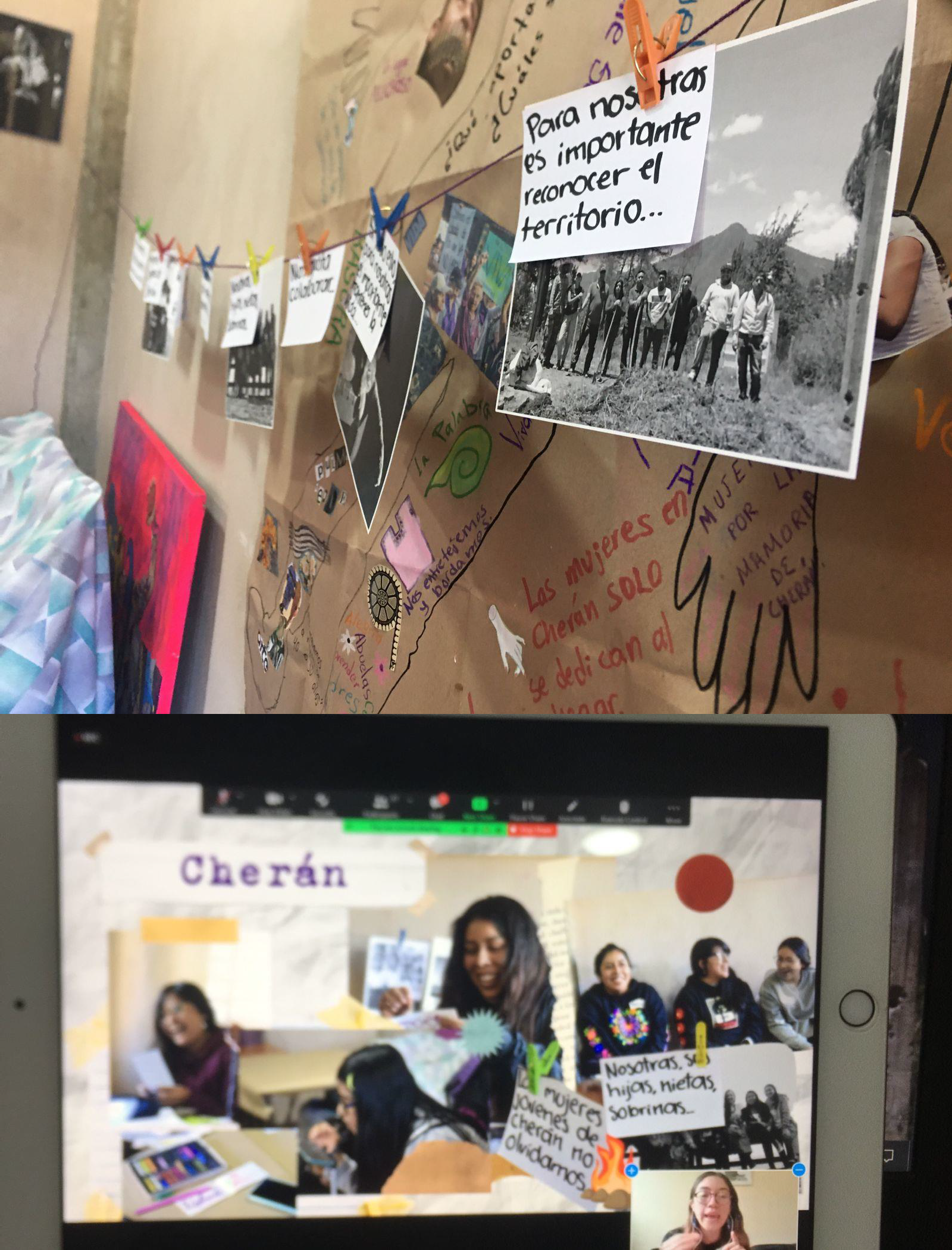 Our sister who lives in the United States came to visit us, and while we were driving, she asked, “why doesn’t he get out of the way?” referring to a man standing next to a car parked in front of us. I said, “Well, he’s not going to get out of the way, I don't know what he’s doing. “Well, tell him to move,” she said. We were with my daughter and my sister said to her, “Honk at him.” Then the man got out with a machine gun.


I said, “Did you see?” to which she replied, "Shut up.” I said, “We have to wait until he decides to leave.” She replied, “Why don't you report them?” to which I said, “And to whom?” That was always the route to go down. There was a ravine, but they would cover it with a tree branch, pass by, pick up the branch again, and go. We knew they had machine guns, so you couldn't do anything.


Sometimes we would say to the children on the way home: “Get in because the car is coming fast and it is not going to stop—even if it slows down it is not going to stop, so you’d better get in.” And the people said nothing. The only thing was fear: “Here comes the truck, so get out of the way.” There were always a lot of trucks passing by and we were just watching. 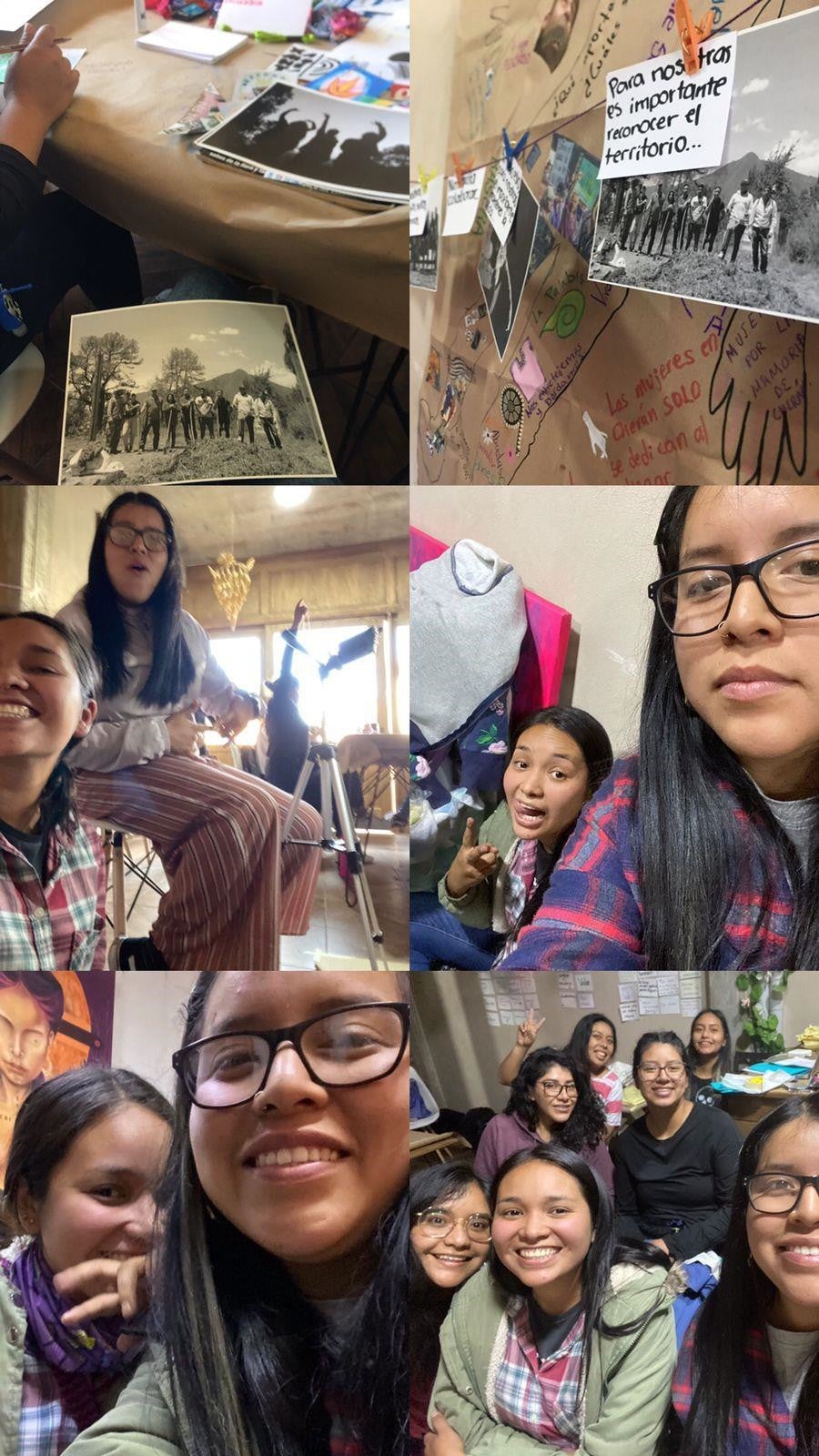 In April 2011, the Cherán community, led by a group of women, organized to stop the looting of our forests by organized crime. As a result, we also reorganized as an Indigenous community, claiming our ancestral right to our self-organization. We expelled the corrupt police and political parties and the community started community patrols made up of men and women in neighborhoods conducting surveillance tasks.


We recognize that it was courageous to confront all that violence. We knew very well that we could be killed. Our ways of defending the territory can be accomplished when we educate our children that we must know how to defend our lands and our forests. We must instill in our children that they must plant trees if we want to have land so that we can live off. We have water and air, and with it we can have life.


After so much fear, pain, and sadness in our community we achieved several things. After defending our territories and forests, as women, we are now more taken into account. We can express our opinions more freely and hold meetings; that could not be done before. Now our decisions are taken into consideration. We can participate actively in neighborhood or community assemblies. Before, we did not know what was going to be discussed because only men were present. But nowadays women are the majority attending the meetings.


We women have always been here, but now our opinion is requested or taken into account. We are no longer so isolated or discriminated against. Now we have freedom of expression without anyone blocking us. We have learned a lot in these recent years and we want to tell our fellow women who are resisting in other places that we should all try to do something and that we should be very conscious that it is for the good of our communities, as the women of Cherán did. We defended what was ours and we did it even knowing that it could cost us our lives. 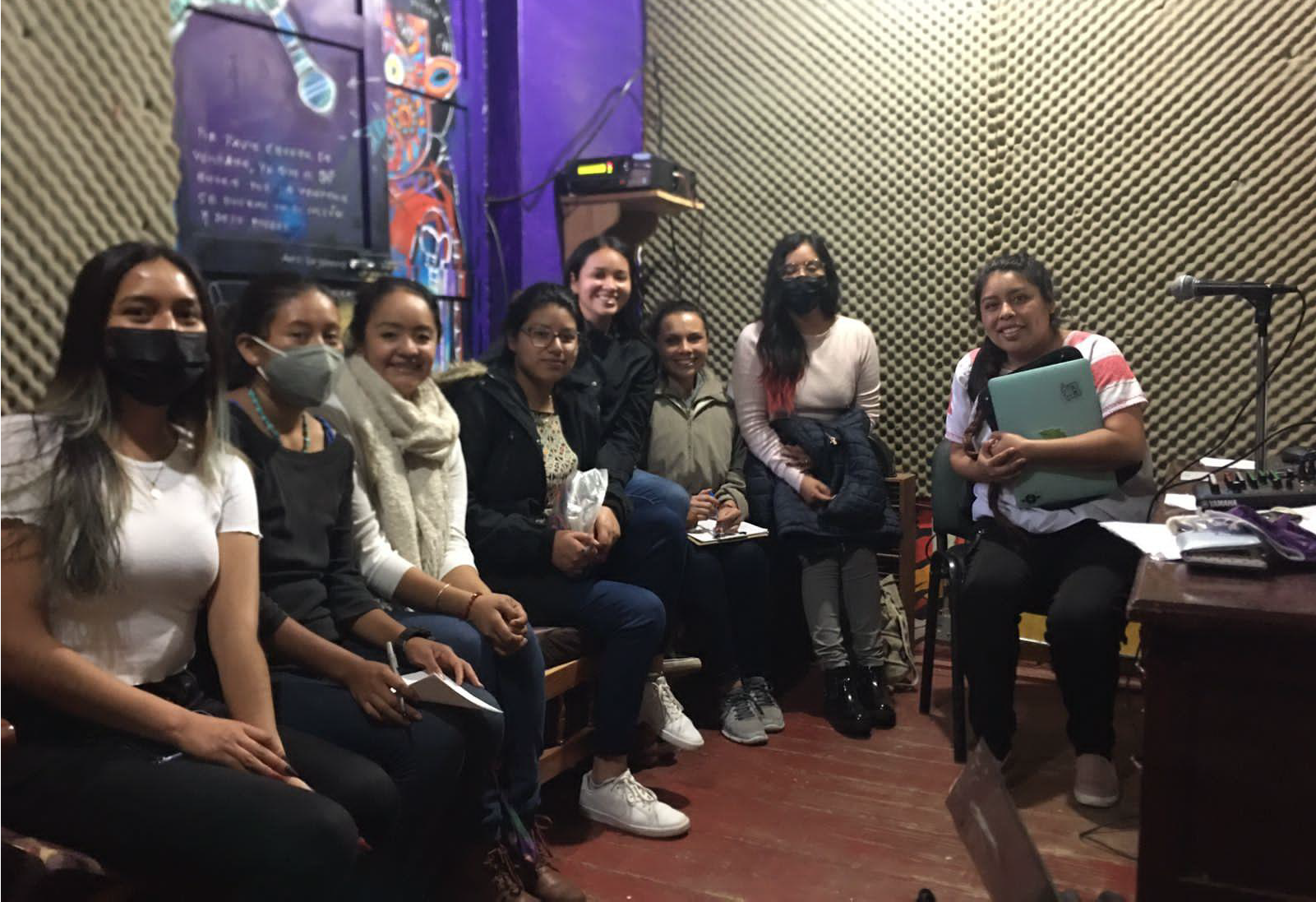 Today, times have changed, and as women we have a voice and a vote. We must be aware of this and take into account what is best for us, knowing that we can do it, that we are going to do it, and that we must do it “with or without the resources,” as a teacher used to say. We trust in such a powerful medium as Radio Fogata to amplify our voices so that the work of women is recognized, so that all the oppressive systems against us change, and so that we women can be free to express our voices as community members who contribute from our homes, from the campfires, from the neighborhoods, from our communities.


Community radio stations must continue to be spaces of community organizing, replicating the knowledge of our communities and helping us to continue on the collective paths, respecting the memories, and devising how we can maintain our cultures, our languages, and the care of the nana echeri (Mother Earth). From the communities in the P'urhépecha Sierra, we shout: “Juchaari Uinapikua!” (“Our strength!”) as the engine that allows us to continue walking and recognizing ourselves in this territory as part of it and as guardians of our ancient traditions and history written by P'urhépecha Peoples.