Our history as Indigenous Peoples in El Salvador is very painful. We were invaded by the Spanish, who took away our culture and imposed a foriegn one on us in 1492. We fought to be free and in 1821 we supposedly managed to become an independent country, but in 1882 President Rafael Zaldívar ordered the repossession of our communal lands.

Our people had many rich traditions. Our Nahuat grandparents say that on the day of conception, the movement of the moon was sought. When there was a full moon, an old man passed by playing the drum shouting, “The day of engendering! The day of spawning!” That was when people could have sex so that their children would be born healthy and robust. They say that every time they built they played the drum, and as it sounded, people ran to help build houses and other structures.


Everything was done in community, including the planting. When corn was planted, the drum was played and everyone helped plant, remembering that they had to plant three grains: one for the harvest, another for the great creator who germinated, and one for the brothers and sister who should not lack anything, giving them corn atol, rigua, or roasted corn. The other grain was to store and have beans and tortillas for the whole year.


Although the government has taken our lands, in our communities it is about continuing with those traditions with the desire to survive and revitalize our language. Our pains were not only due to the expropriation of our territory, but also because there was a president who committed a great massacre, the largest in the history of our country. To be born Indigenous back then was to be born to die, because this president tried to exterminate us. In 1928 an Indigenous man was elected as municipal mayor, but because he was Indigenous, he was not given the appointment. To silence him, in 1932 the army shot him. 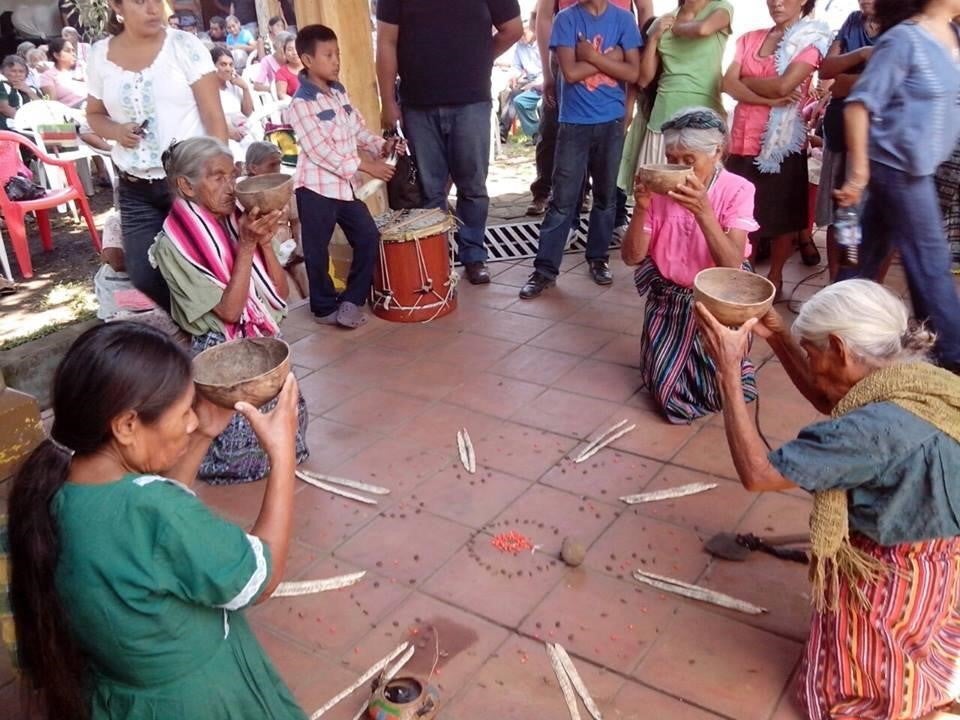 Our great-grandfather and great-uncle say that the children of those who were murdered dug their own graves and were thrown there already dead. The riverbeds ran red with the blood of many brothers. They took away our lands and denied our existence, and they continue to do so, rigging censuses to say that we don't exist. The government agreements to sign peace accords did not take into account the Indigenous Peoples, and although the government apologized, it left us without resources from the State ministries.


They say that we do not exist, but they maintain the interest of taking away our resources through transnational companies by imposing dams on our rivers, diverting them and changing their normal course and sequestering them in tubes without us being able to use them. Without the river we cannot harvest our food, like the crab, the stone-sucking fish (which has resisted dying like our culture), the tacuazín, the armadillo. The massive felling of trees that they do to install dams, they take away our trees like the Jabillo, unique in these territories, which carries the son (traditional music in Central America) in its flowers, and then in its seeds, which fly like the seagull crossing the mountains in a single melody. 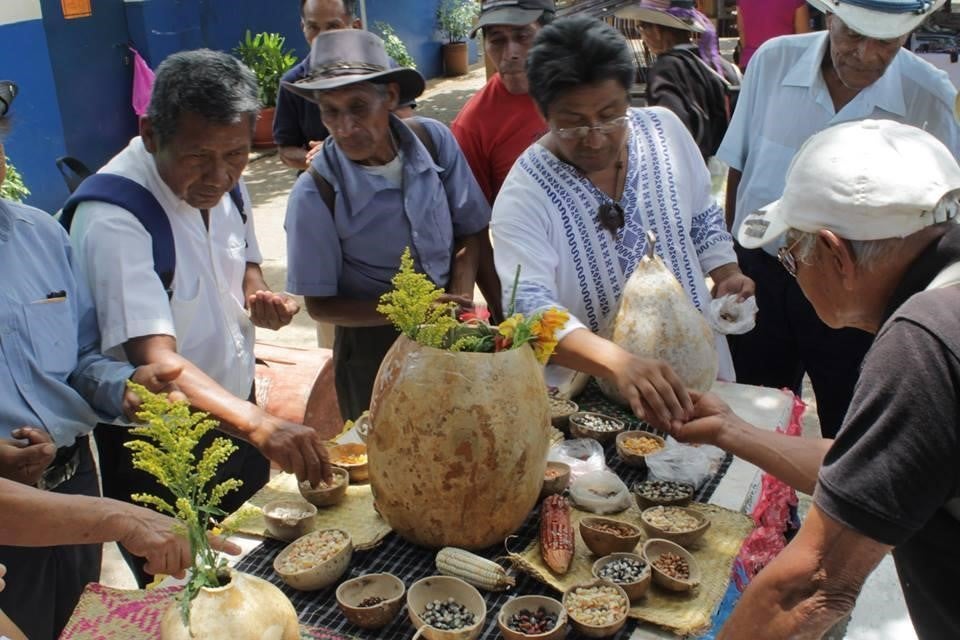 With the destruction of the environment they destroy the tule, which, according to the Popol Vuh, is a sacred plant. Grandmothers use its material to make the petate, as well as fine crafts to survive and earn their daily bread. There are also vines that make the chairs we rest in. In the river, we can go to bathe and play. When a morning begins with the songs of birds such as the chiltota, the mountain pigeon, the guinea fowl, we wonder why, if they say they protect wildlife, they allow companies to come to our territories. We denounce these companies as illegal because they do not present Environmental Impact Studies and continue to build more hydroelectric dams in our territories. There are currently seven of them and an eighth is being planned, but it has not been carried out because we are resisting the deception that speaks to us of progress but leaves our impoverished territories even more impoverished.

The health ministry says we should eat fish twice a week, but they take away our right to go fishing because they dry up the rivers. Medicinal plants also dry up because they cut down the trees and dry up the riverbanks. There will no longer be plants like chichipince, which is used for menstrual pain, or siguapate to control fever.


The Environmental Impact Study of the New Nahuizalco Small Hydroelectric Power Plant project presents inconsistencies, so we want to know why a second consultation has been called for, of article 25, literal A of the Environmental Law, and why it has been resumed even though the project was denied in July 2014. To make the problem worse, we had to consult the Environmental Impact Study in the Municipal Mayor's Office of Nahuizalco during the pandemic, and in doing so many of us contracted Covid-19. Many grandparents suffered, but they had to present their point of view. 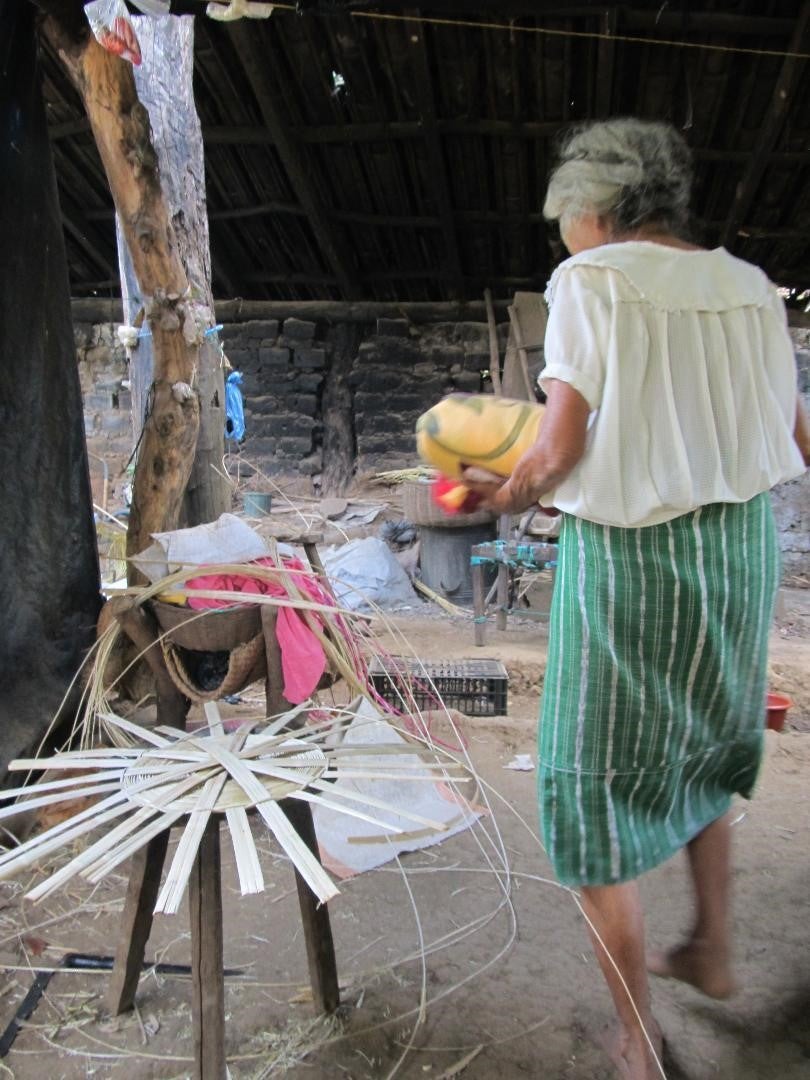 We express our great concern about the letter issued by the director of Cultural Heritage in favor of the Nuevo Nahuizalco II small hydroelectric plant project in the area of ​​the Sensunapan River, Sonsonate, El Salvador.  It was declared a Humanity Reserve belonging to the Cordillera Ilamatepec in 2007 by UNESCO, but it continues to be highly exploited and stressed.
We propose:

The communities must be aware of this process so that the power plant is not approved, and so that we can present an Environmental Impact Study in accordance with international laws and the cosmovision of Indigenous Peoples.