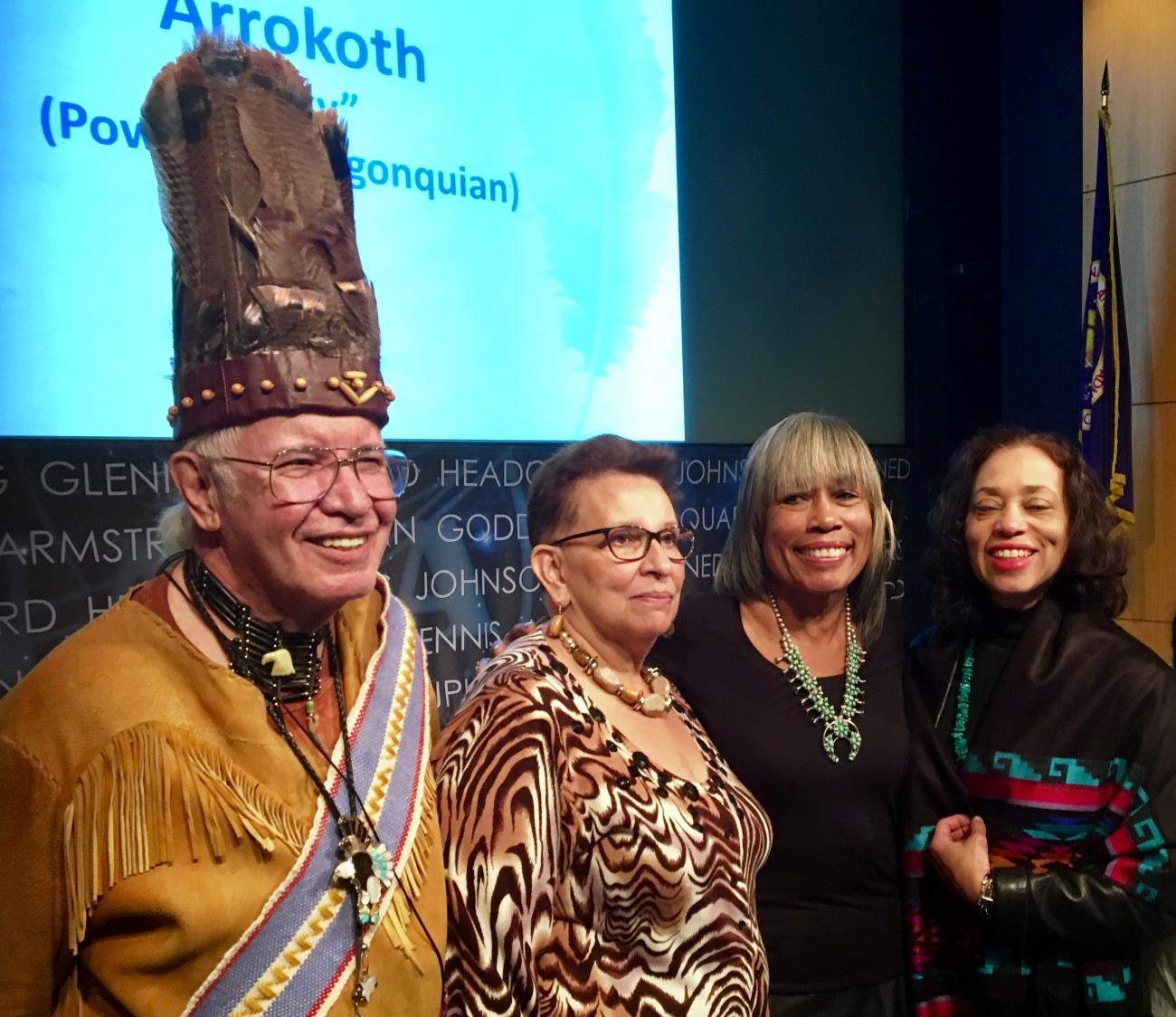 As the decade comes to a close, NASA’s New Horizons probe conducted “the farthest ever flyby” to distant Kuiper Belt object 2014 MU69, 4 billion miles from the Earth. The object has been named Arrokoth, a word that means “sky” in the Powhatan and Algonquian languages. To announce the name officially, a ceremony took place at NASA headquarters in Washington D.C., on November 12, 2019. 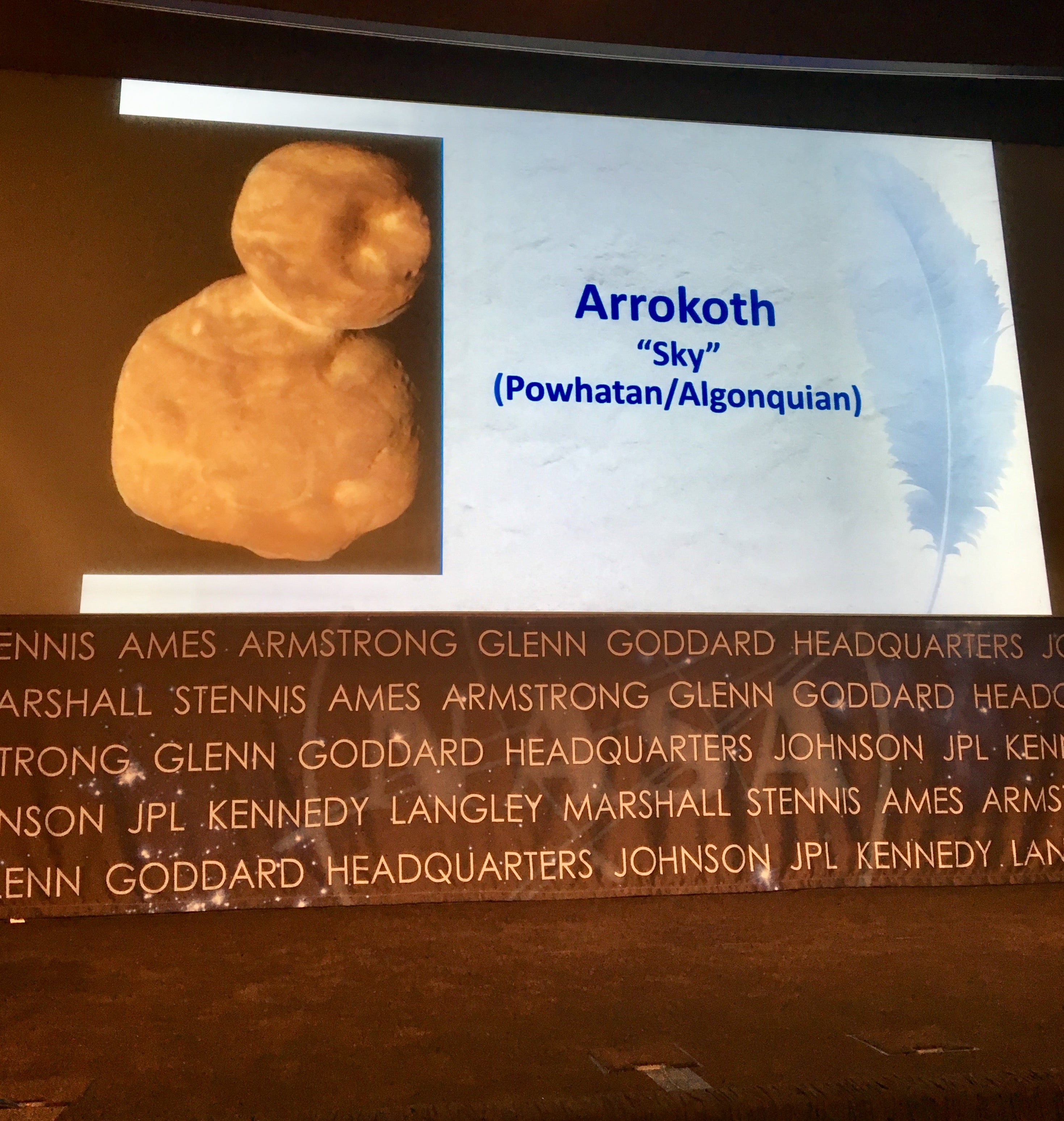 In accordance with International Astronautical Union (IAU) naming conventions, the discovery team names the celestial body. “These conventions are often used to associate the culture of the Native Peoples who lived in the region where the planetary body was discovered. In this case, both the Hubble Space Telescope and the New Horizons mission are operated out of Maryland – a tie to the significance of the Chesapeake Bay region to the Powhatan people,” stated the event invite. Dr. Phoebe Farris (Powhatan-Pamunkey) worked with the Powhatan/ Pamunkey elders to bestow support for use of a name from their heritage. The naming ceremony began with a traditional Algonquian song by Rev. Nick Miles from the Pamunkey Tribe, whose lands are on modern day Virginia.  Families from several Powhatan Tribes also live in Maryland and Washington, D.C. New Jersey families are members of the Powhatan-Renape Nation which is state recognized.

"Since we are the original inhabitants of what is now called North America, known to us as Turtle Island, it is fitting that 'discoveries' over our skies, on our land and in our waters should be given Indigenous names," stated Farris in an interview with Science Alert.

The initial name of the object was Ultima Thule, which means “beyond Thule,” referring to what possibly lies beyond the known. The name referred to the mythical island of Thule on medieval maps, and it was believed to have been the northernmost point on the planet. However, reports surfaced that the name was appropriated by Nazis. Alan Stern, the mission's principal investigator, addressed the controversy at a press conference in early 2019. “I've said it a number of times, I think New Horizons is an example, one of the best examples in our time, of raw exploration, and the term Ultima Thule, which is very old, many centuries old, possibly over a thousand years old, is a wonderful name for exploration… I would say that just because some bad guys once liked that term, we're not going to let them hijack it.”  Ultima Thule however, was just a temporary nickname that was quickly replaced. After elders and representatives representatives from the various Powhatan Tribes gave NASA their permission and blessing, it was set. 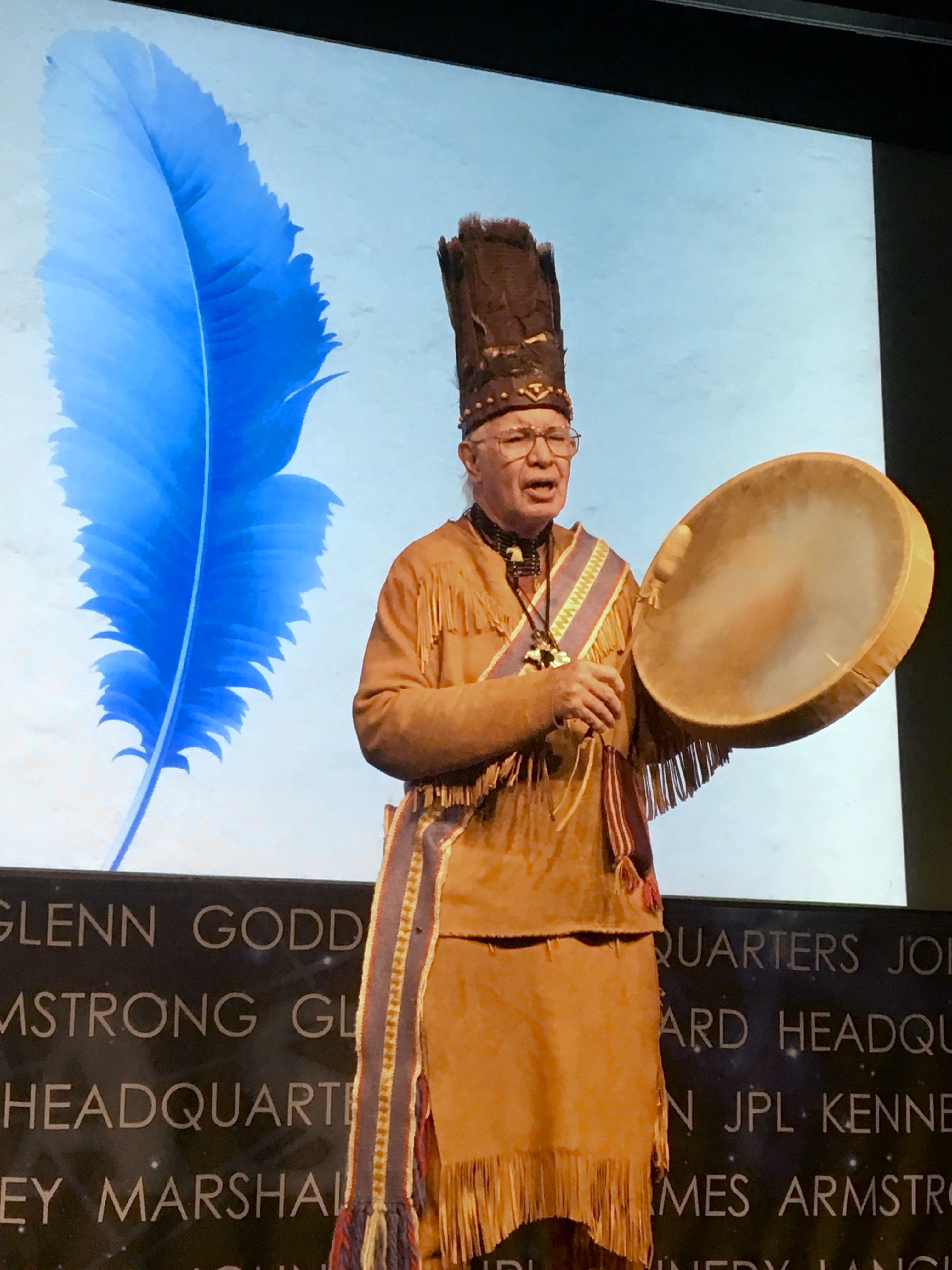 "The name 'Arrokoth' reflects the inspiration of looking to the skies, and wondering about the stars and worlds beyond our own. That desire to learn is at the heart of the New Horizons mission, and we're honored to join with the Powhatan community and people of Maryland in this celebration of discovery," stated Stern. 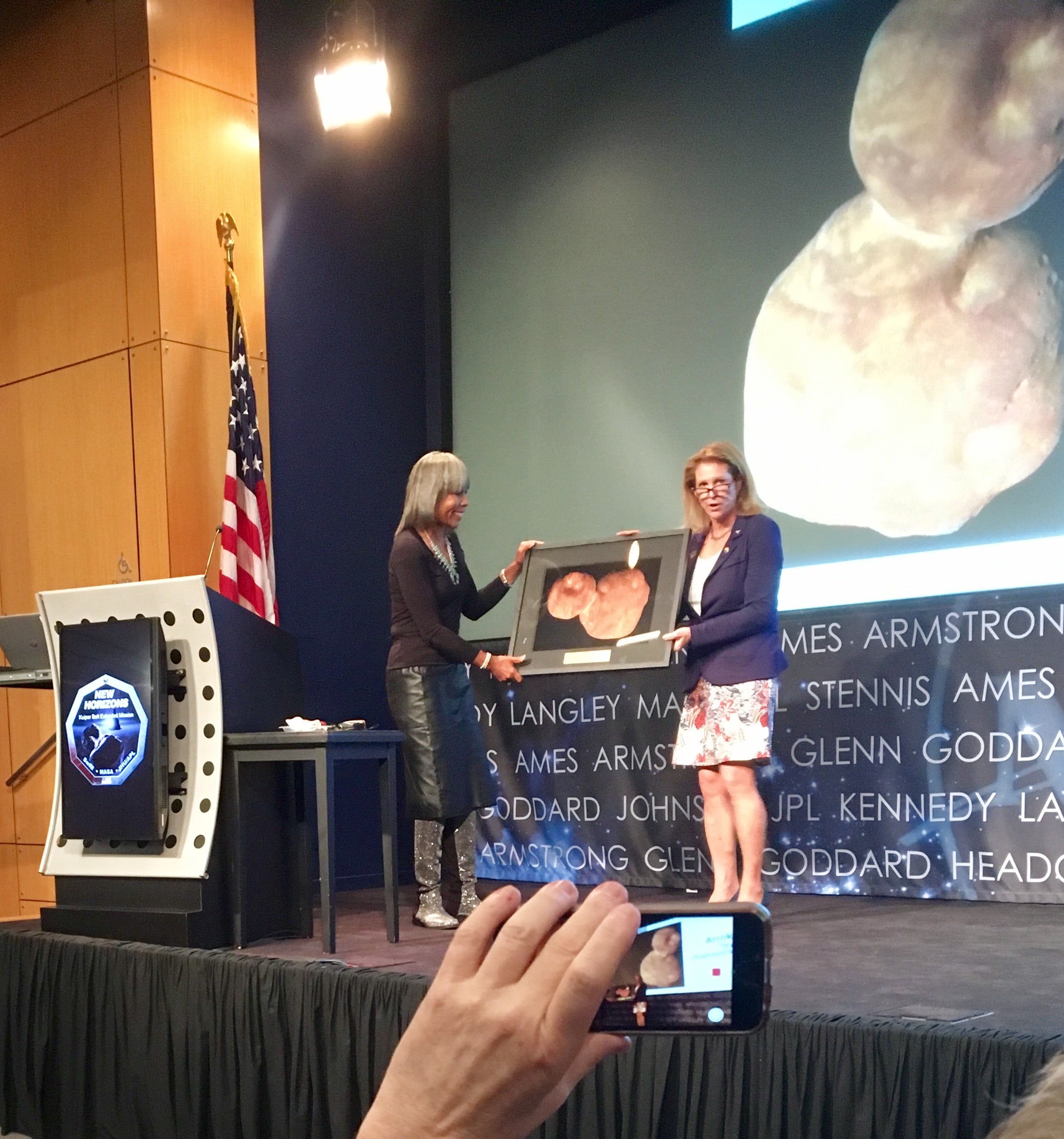 It was important to the New Horizons team to incorporate a name that would pay tribute to the Indigenous cultures of the Chesapeake Bay and the various Powhatan Tribes. With the bestowing of the name, it shows people the strength of the Indigenous Algonquian people, and how their heritage “continues to be a guiding light for all who search for meaning and understanding of the origins of the universe and the celestial connection of humanity.”

Currently, Arrokoth is a billion miles past Pluto in the Kuiper Belt, where icy residue from the formation of the planets in the solar system orbit the sun at far off distances. It is made up of two flat lobes. It is 22 miles long and a contact binary, meaning that gravity helps push the two lobes together.

“Data from the newly-named Arrokoth, has given us clues about the formation of planets and our cosmic origins. We believe this ancient body, composed of two distinct lobes that merged into one entity, may harbor answers that contribute to our understanding of the origin of life on Earth,” Stern commented.

All photos courtesy of Phoebe Farris.