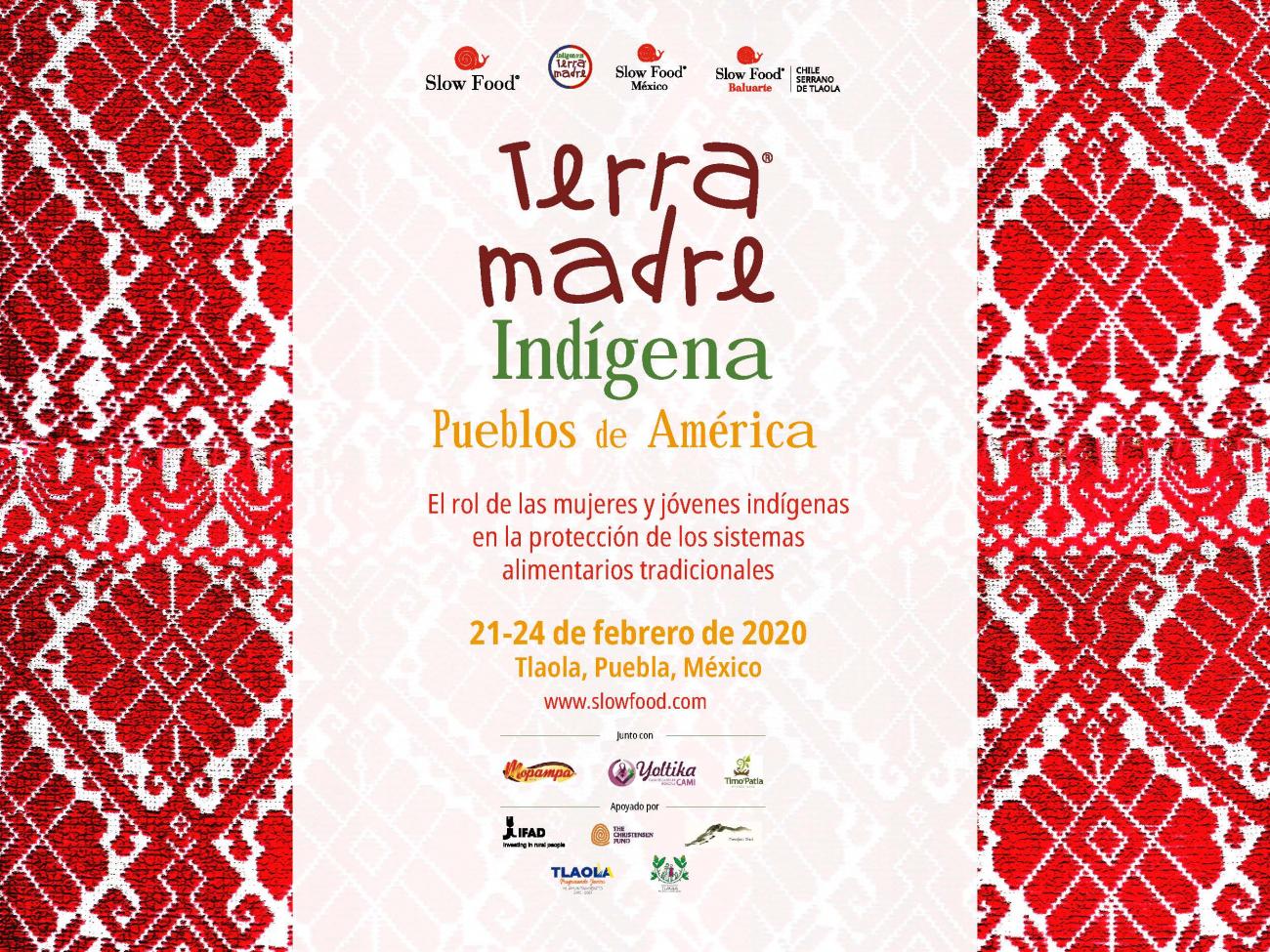 It is no coincidence that eighty percent of the Earth’s most biodiverse zones overlap with Indigenous lands and territories. Slow Food, a global grassroots organization founded in 1989 to prevent the disappearance of local food cultures and traditions, argues, “from a holistic perspective, Indigenous Peoples’ food systems can provide answers to global issues such as climate change and food sovereignty.” The upcoming Indigenous Terra Madre for Peoples of the Americas conference is poised to add fuel to the ongoing awareness surrounding Indigenous knowledge and land rights.

From February 21 to 24, 2020, the community of Nahua, the Baluarte Slow Food of the Serrano Chile of Tlaola and the Network of Organizations of Indigenous Women of Tlaola, alongside Slow Food Mexico, Slow Food, and the Indigenous Terra Madre network, will be launching its very first Indigenous Terra Madre for Peoples of the Americas conference. Nahua  women and youth safeguard the Slow Food Ark of Taste of the Serrano de Tlaola Chile, created in 2016 to preserve the native seed of the Serrano Chile and to achieve recognition for Indigenous women’s role in its cultivation. This year’s theme is “The Role of Indigenous Women and Youth in the Protection of Traditional Food Systems,” and the event aims to spark dialogue, share experiences from Indigenous communities in the Americas, and design strategies for the future. The conference will strengthen the Terra Madre Indígena (ITM) network, which strives to “bring Indigenous Peoples’ voices to the forefront of the debate on food and culture, to institutionalize Indigenous Peoples’ participation in the Slow Food movement and its projects as well as to develop both regional and global networks.”

The four-day conference will be hosted by the Nahua community in Tlaloa, Puebla, Mexico, and will include public cultural activities and forums on the themes of Indigenous Peoples’ rights, including land rights; seed conservation, biodiversity, the growing threat of climate change; and safeguarding traditional knowledge. While the Nahua community will provide participants housing, the event aims to give back to the community. “In a world where more barriers are made, we are opening our arms and strengthening our bonds,” Slow Food said.

Following the first day of the event, 30 Indigenous activist youth will participate in a workshop with the aim of strengthening the Indigenous Terra Madre network in the Americas. Ten activists will come from Mexico, and the 20 others will come from the rest of the Americas. In addition to leadership training, the youth will establish an action plan for ITM, create projects to promote biodiversity, and develop mechanisms for resource access for community projects. Supporting the youth activists and their projects will be 15 men and women partnering with ITM and Slow Food.

Leaders from Latin America are at the forefront of fighting for Indigenous sovereignty and climate change mitigation. Slow Food states, “Latin America alone has 40 percent of the Earth’s biodiversity and Indigenous Peoples make up 8 - 10 percent of its population.” The critical role that Indigenous Peoples play in protecting the wealth of natural resources is continuously threatened, not only by extractive industries and land-grabbing, but also through cultural assimilation, discrimination, oppression, lack of opportunities, and violence.

To combat these threats, awareness of Indigenous knowledge and rights is of the utmost importance. Through the course of the conference, the Indigenous Terra Madre serve as a platform for Indigenous youth throughout the Americas to become the changemakers needed to secure a sustainable future for both the planet and Indigenous communities, both within their own communities and beyond.