KOEF Grant Partner Spotlight - Malalhue-Chanko of Chile: Coexisting with Our Forests through Community 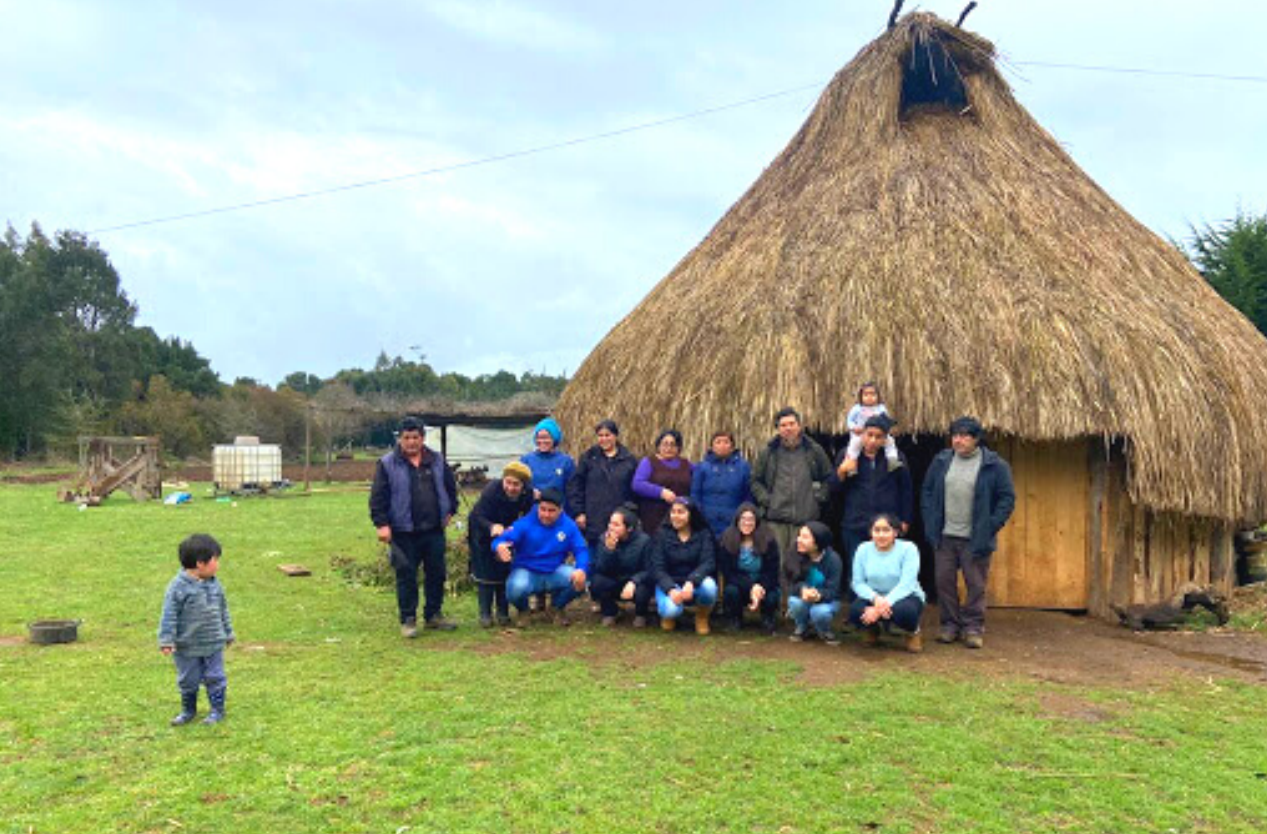 Land is inextricably linked to Indigenous communities and their history. It is where they have fostered traditions and cultivated unique ways of thinking to protect their sustainable livelihoods and sacred connections with their ancestors. These regions and the biodiversity they hold have consistently been under threat. Today, common threats include corporations, hunters, and tourists; however, through the power of collective action and organizing, Indigenous communities have taken the steps to protect their forests and the roots they have established within them- like the trees around them.

Such is the case of the Mapuche Malalhue-Chanko of Chile, who seek to co-exist with the forest. For them the forests hold not only the resources their community depends on, but also the traditional knowledge that is inherently tied to their cultural practices and values. Through the support of Cultural Survival’s Keepers of the Earth Fund, Malalhue-Chanko have set in motion their mission to develop a sustainable community-based economic model and advocate for the conservation of their forests.

Turning to the trees that have surrounded them for generations, Malalhue-Chanko has been able to share their wealth of traditional knowledge with Mapuche youth, while also developing their methods of sustainable economic growth. The Laboratory of the Forest serves as the hub of their new projects focused on creating their own vegetable oils and essential oils using tools they acquired through the KOEF. This blend of new technologies with traditional methods has allowed them to attract younger generations to take part in the projects and also continue the practices of their ancestors. 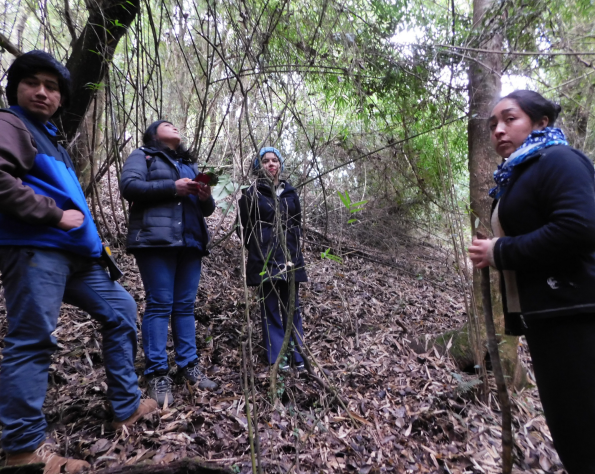 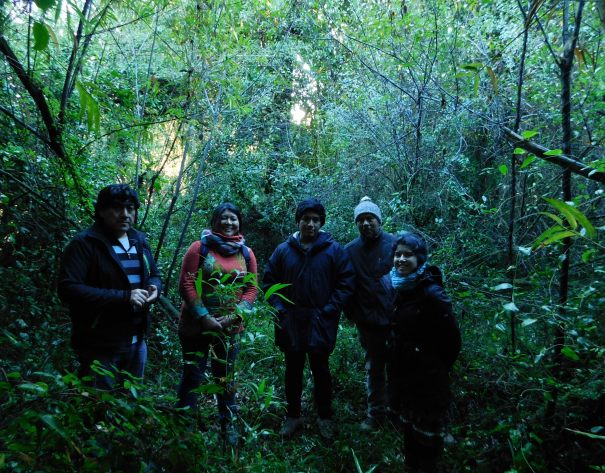 Malalhue-Chanko during forest visits to identify and map their territory. 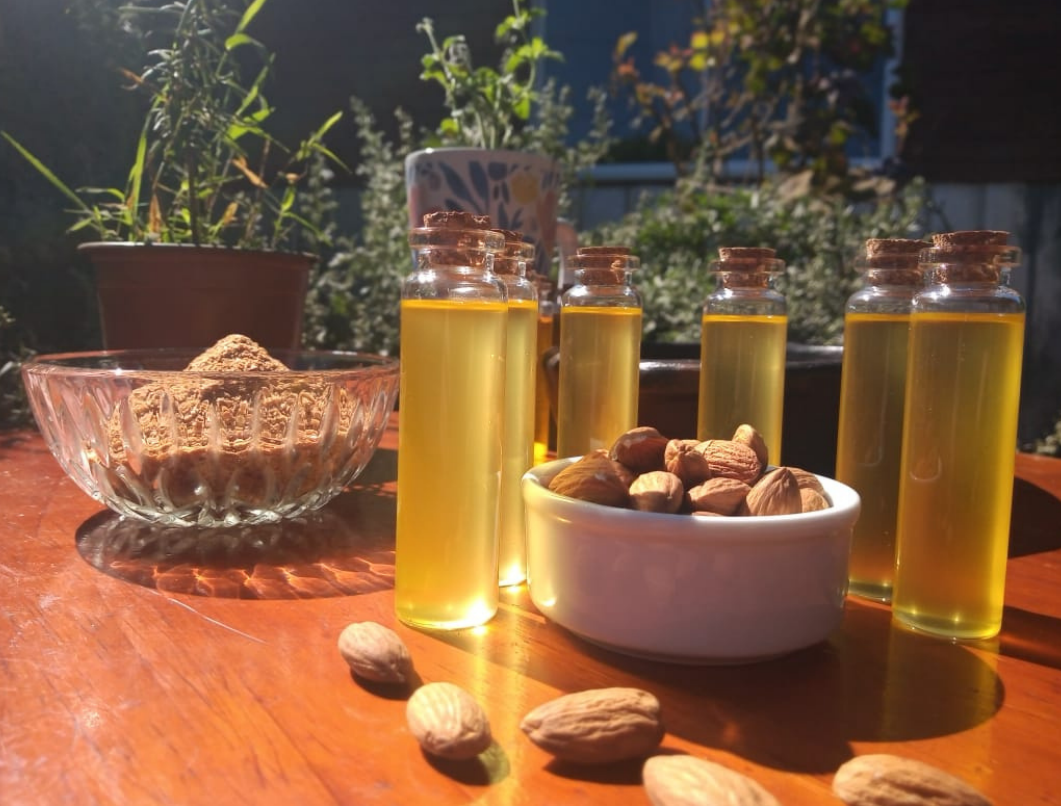 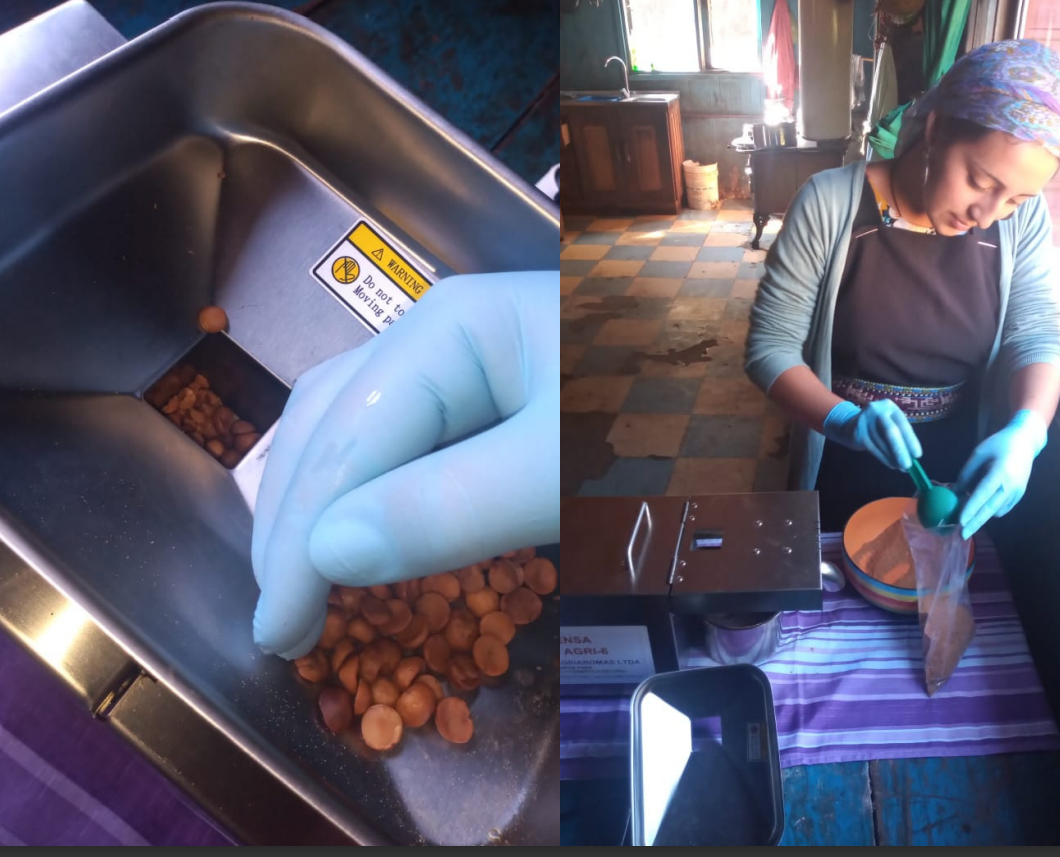 Grinding of seeds for essential oil production and distribution.

Although the COVID-19 pandemic sought to divide people, Malalhue-Chanko was able to build even more connections. Given that they were unable to complete their initial goals of mapping the Mapuche Monguen forest, they decided to dedicate their efforts to forming coalitions during this tumultuous time. Building partnerships through the Red de Viveros Comunitarios [Network of Community Nurseries], allowed them to enhance their relationship with three other communities. Moreover, they took the opportunity to build Budi Anumka, a non-profit organization that would support them on their path to economic and political autonomy.

Besides furthering their own projects, they also sought to inform and protect the forests they have coexisted with. Conservation being rooted in natural resource longevity and the preservation of sacred spaces, played a fundamental role in the projects coordinated by the Malalhue-Chanko. To raise awareness on the importance of these connections, they constructed a wooden sign that would inform guests that only those who respect the forest have the privilege of entering. 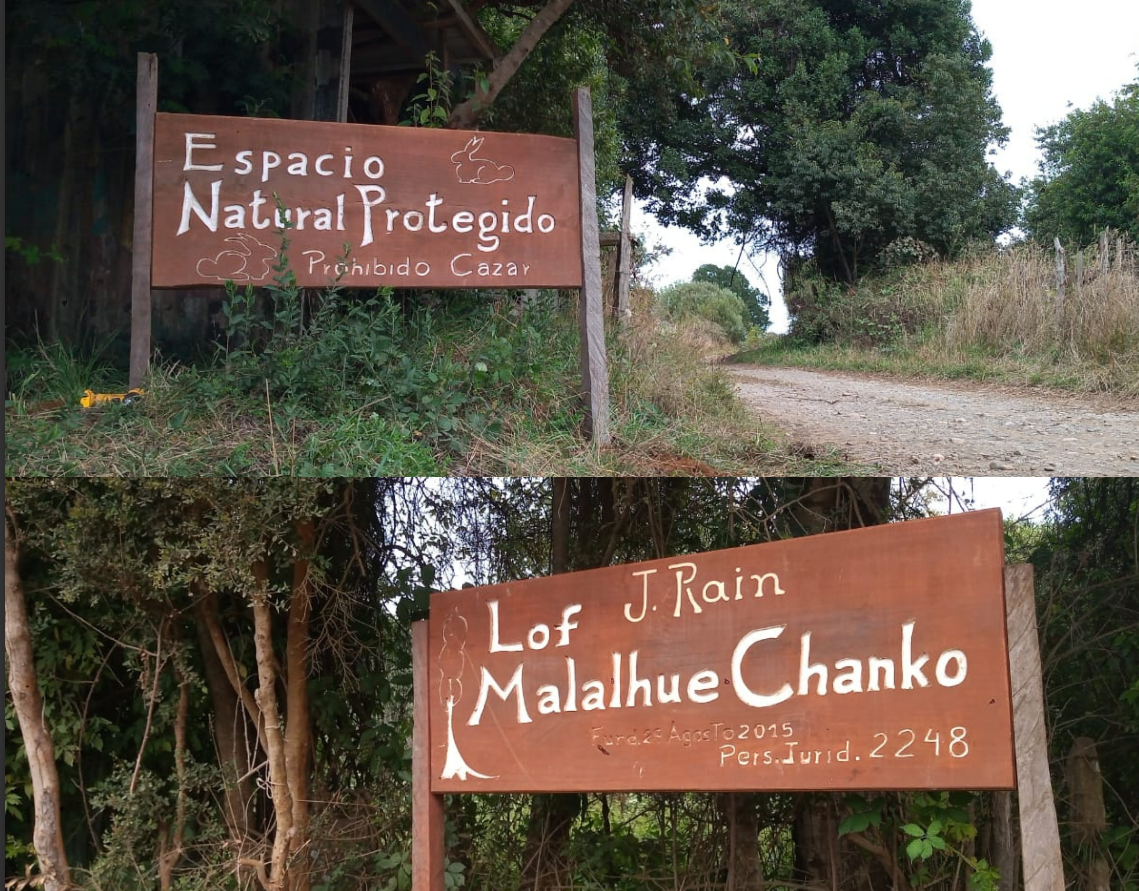 Malalhue-Chanko signage for their protected space.

Despite facing the pressures of the COVID-19 pandemic and the loss of one of their elders within their region, Malalhue Chanko was able to ensure the growth of a self sustaining economy through the involvement of their youth. Beyond their work in environmental and cultural sustainability, their efforts also brought together members from across generations and empowered them to be leaders in the projects they coordinated. Future goals for this Mapuche group in Chile include developing a community finance system that is connected with their natural oil fabrication system and dedicating their energies to the participatory mapping of their community.

Lihuen Rain, a young Mapuche member who took part in managing the projects, stated that “through cartography… the lof (extended family residences) has been able to record the way our elders understood and interpreted our territory, with their original names and meaning for us, the Mapuche… leaves us very satisfied.” Malalhue Chanko shows that through community and connection, the roots of culture are almost as deep as the trees that surround them. 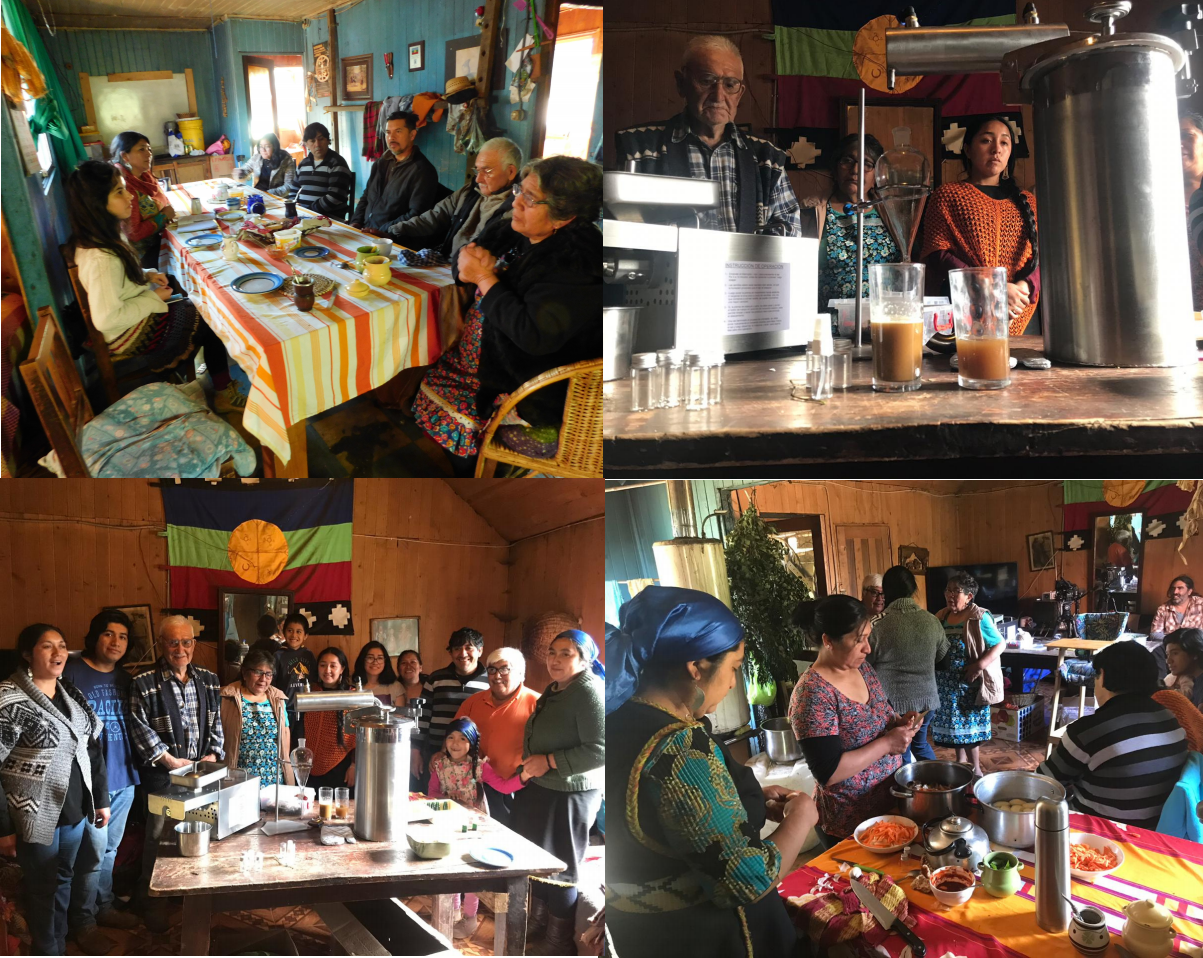 Meeting and workshop of the “forest lab” to process forest products such as oils.

KOEF is an Indigenous Led Fund designed to support Indigenous Peoples’ community development and advocacy projects. Since 2017, KOEF has supported 119 projects in 31 countries totaling $533,299. KOEF provides small grants to grassroots Indigenous-led communities, organizations, and traditional governments to support their self-determined development projects based on their Indigenous values. Predicated on the United Nations Declaration on the Rights of Indigenous Peoples, Cultural Survival uses a rights-based approach in our grantmaking strategies to support grassroots Indigenous solutions through the equitable distribution of resources to Indigenous communities.