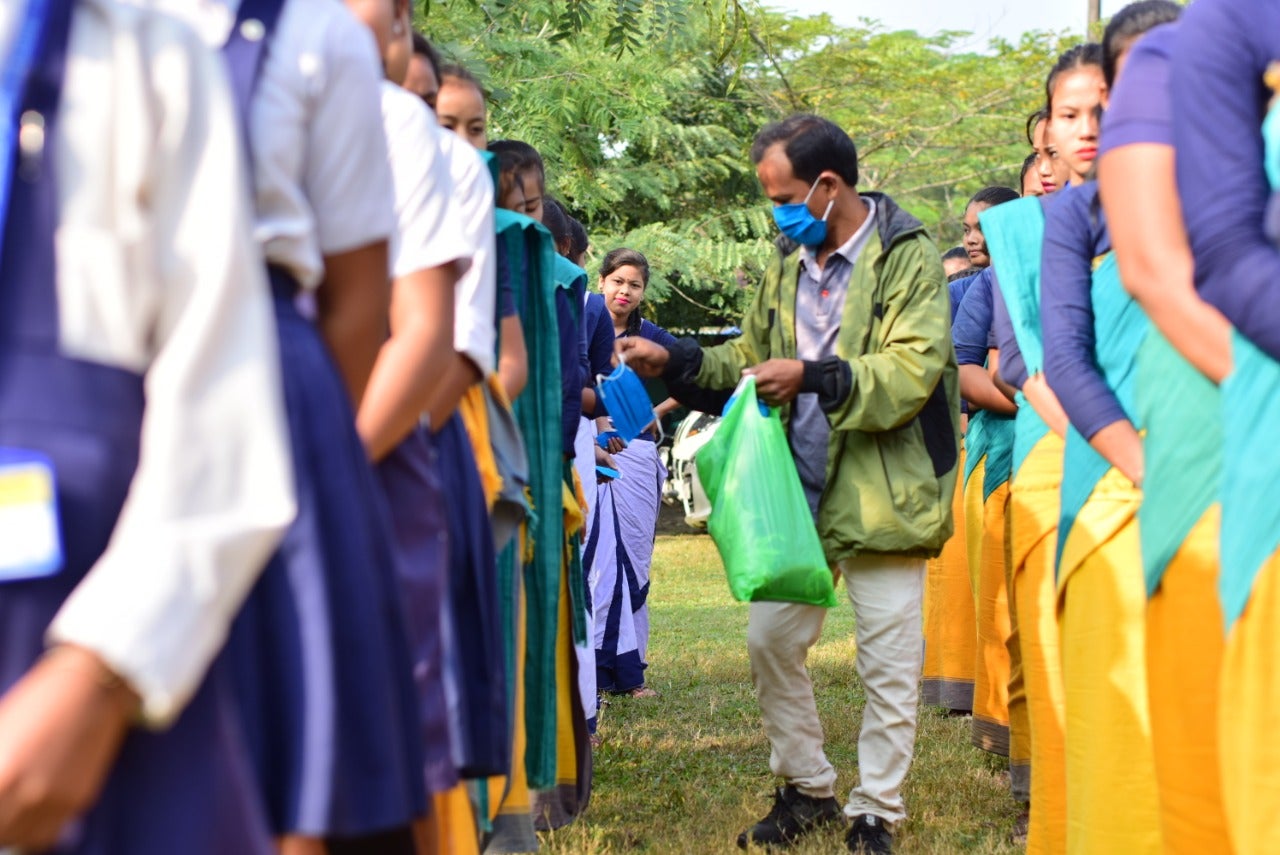 A common and grave problem for Indigenous Peoples during the COVID-19 pandemic has been the lack of reliable information in their languages. In many regions of the world, there is an urgent need to produce printed and audiovisual materials about the coronavirus using plain phrasing adapted to Indigenous contexts and in local Indigenous languages. Access to masks and sanitary supplies by Indigenous populations living in remote areas has been limited, given that very often Indigenous communities are out of the purview of government health care systems.

In India, ARHI Social & Educational Institution decided to take action on these two urgent problems in the state of Assam. ARHI is an Indigenous-led organization focused on the development of Indigenous Peoples in India, particularly around issues of cultural identity and Indigenous languages. Their Folk Culture Research Centre conducts research to promote the cultural traditions of Indigenous Peoples in northeast India. A past Keepers of the Earth Fund (KOEF) grant funded the promotion of Indigenous knowledge of natural dyeing textile traditions of the Karbi Peoples in Assam through the production of videos and facilitation of workshops. 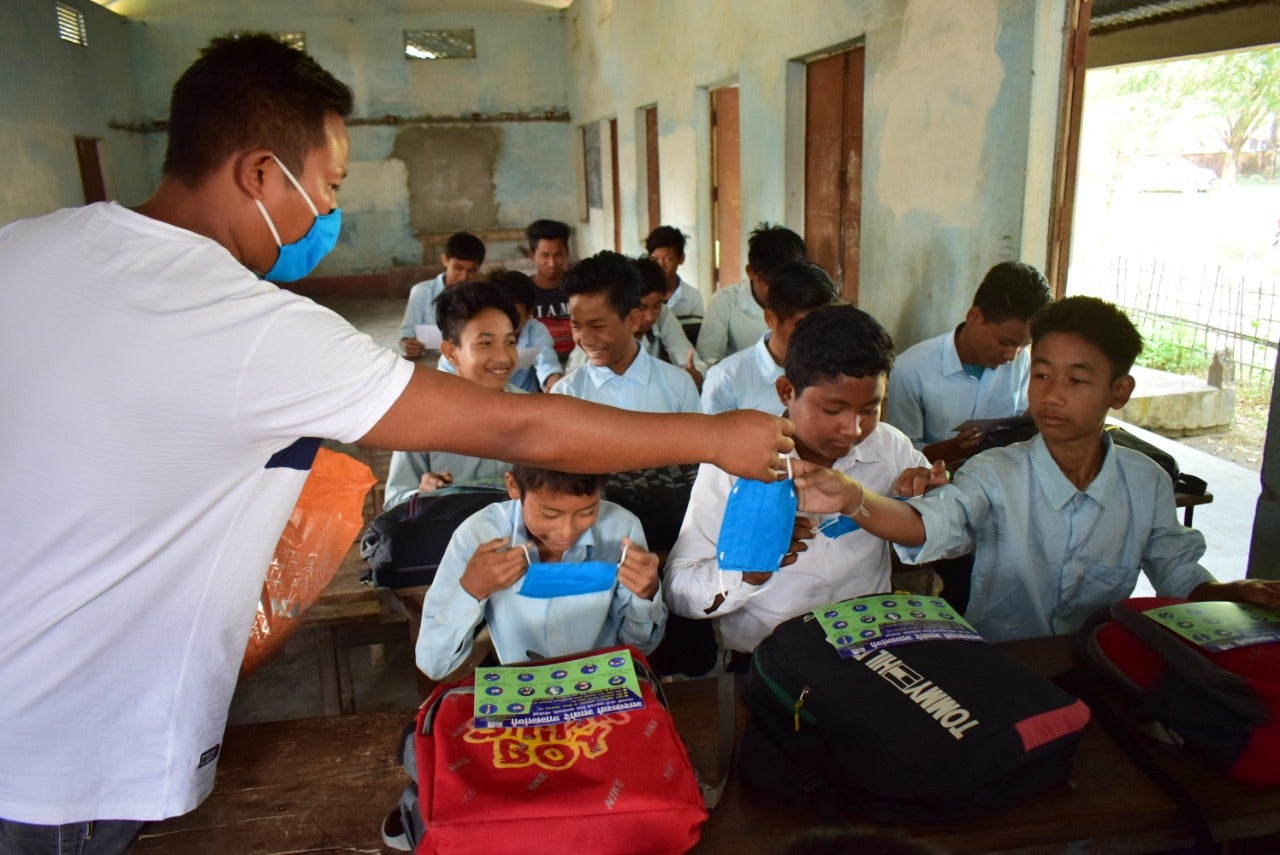 The goal of ARHI’s emergency project was to prevent COVID-19, raise awareness about the virus, and try to decrease misinformation on the subject, among the Karbi, Tiwa, and Bodo Peoples, the three major Indigenous Tribes of the region. Health promotion and prevention of transmission of the virus still needed to be adequately addressed by India’s health system. 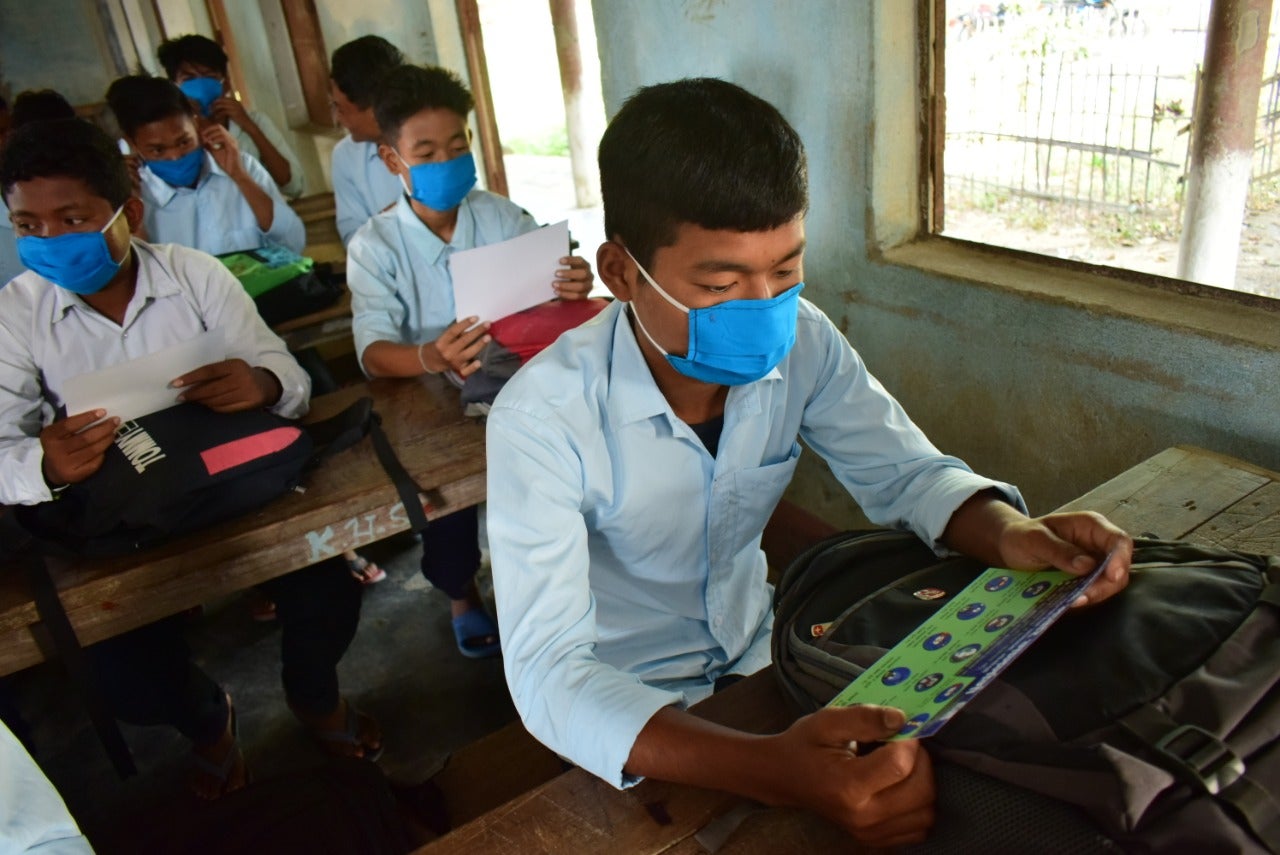 As a community project and with engagement community representatives, activities involved the whole population in the three districts, namely West Karbi Anglong, Morigaon, and Baksa. Activities funded by a Keepers of the Earth Fund emergency grant included workshops for women about how to sew masks at home; production of audiovisual material and public service announcements in Indigenous languages; the purchase and distribution of sanitation supplies; and the delivery of pictorial leaflets on traditional medicine. 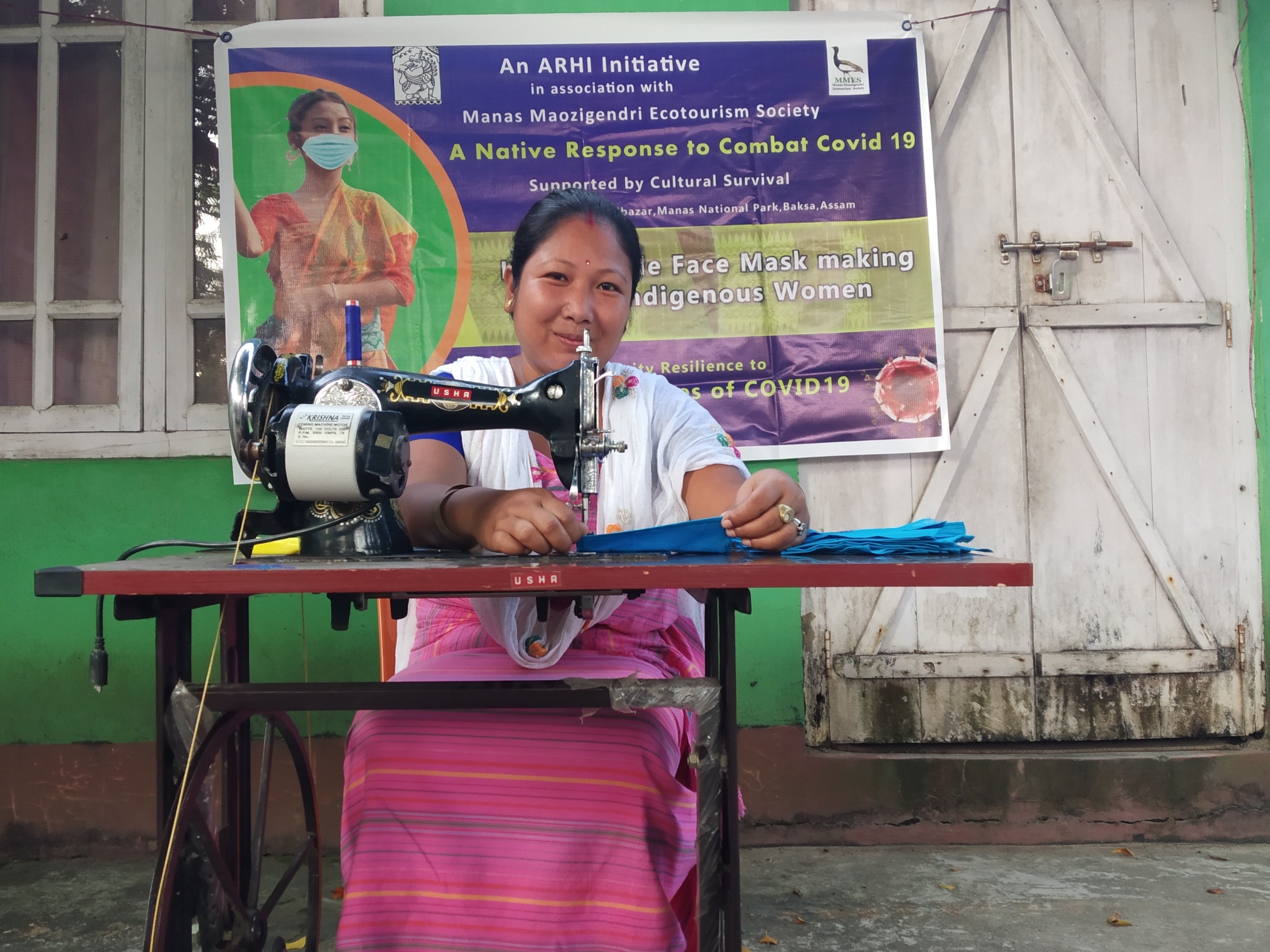 The project reached about 3,000 Indigenous women and also benefited youth and school children in Assam as well as indirectly impacting the three tribes, which number more than 8,000 people in total. Prevention of the virus among these communities was strengthened by distribution of sanitary supplies and the training to sew their own masks, which many cannot afford. Also, it also created the opportunity for women to earn an extra income with their new skills  by sewing masks to meet local demand. Kanam Kropi (Karbi), said that the project was "a ray of light for all of us who became jobless soon after the COVID-19 lockdown."

Additionally, leaflets and audiovisual materials in Indigenous languages were distributed in schools and public places. "They will help eliminate the existing communication breakdown and alienation of the communities from mainstream COVID-19 sensitization programmes. It has helped combat misinformation, disinformation, and lack of information," reports ARHI. 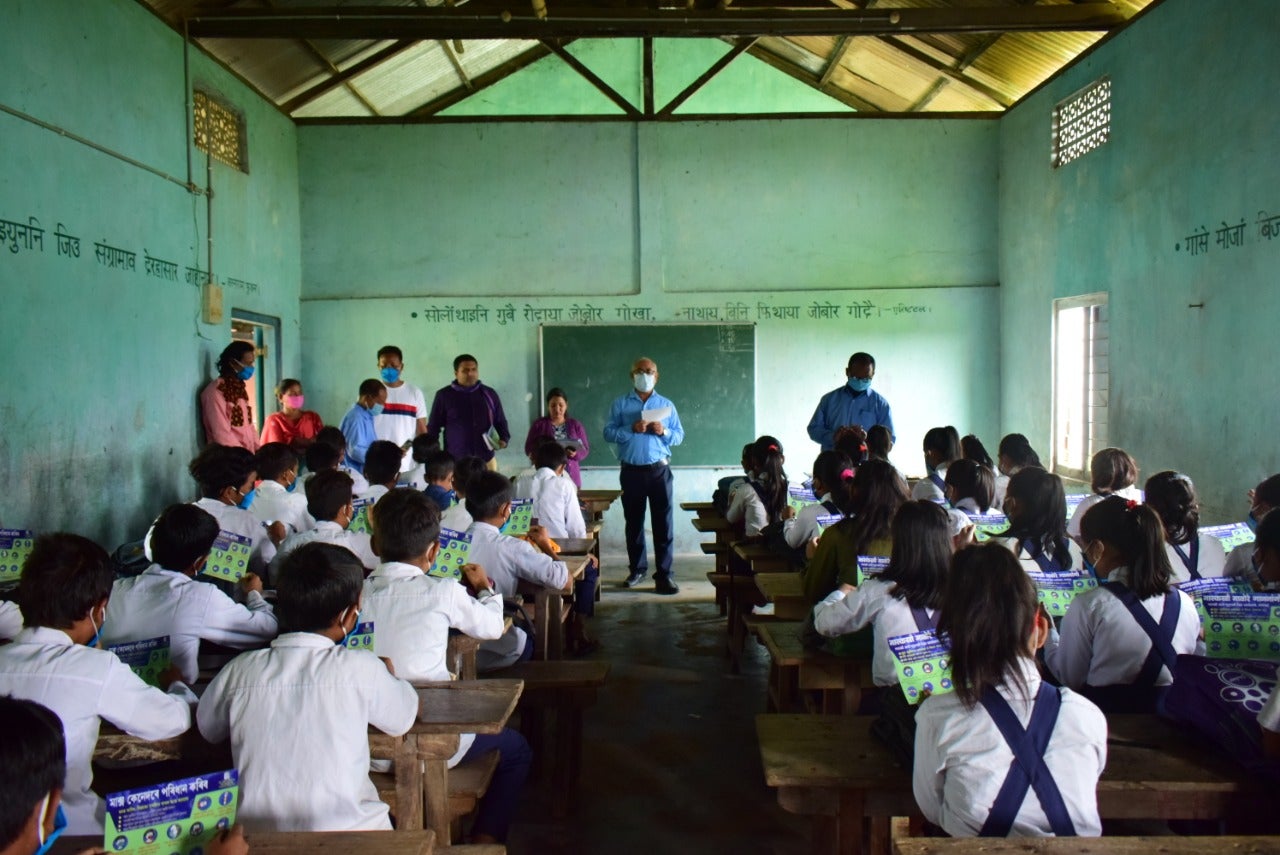 During the implementation of the project, decisions were made in an inclusive and participatory manner. At the end of the project, community representatives assessed the impact and suggested corrective measures for future action plans. The project fulfilled a real need in these Indigenous communities to the point of attracting external collaborators. Several organizations and individuals volunteered to administer activities of the project and facilitated implementation. "The project has been a vivid learning experience and empowering for Indigenous women who are involved in the project" concluded ARHI in their report.

Keepers of the Earth Fund is an Indigenous Led Fund designed to support Indigenous Peoples’ community development and advocacy projects. Since 2017, KOEF has supported 119 projects in 31 countries totaling $533,299. KOEF provides small grants to grassroots Indigenous-led communities, organizations, and traditional governments to support their self-determined development projects based on their Indigenous values. Predicated on the United Nations Declaration on the Rights of Indigenous Peoples, Cultural Survival uses a rights-based approach in our grantmaking strategies to support grassroots Indigenous solutions through the equitable distribution of resources to Indigenous communities.