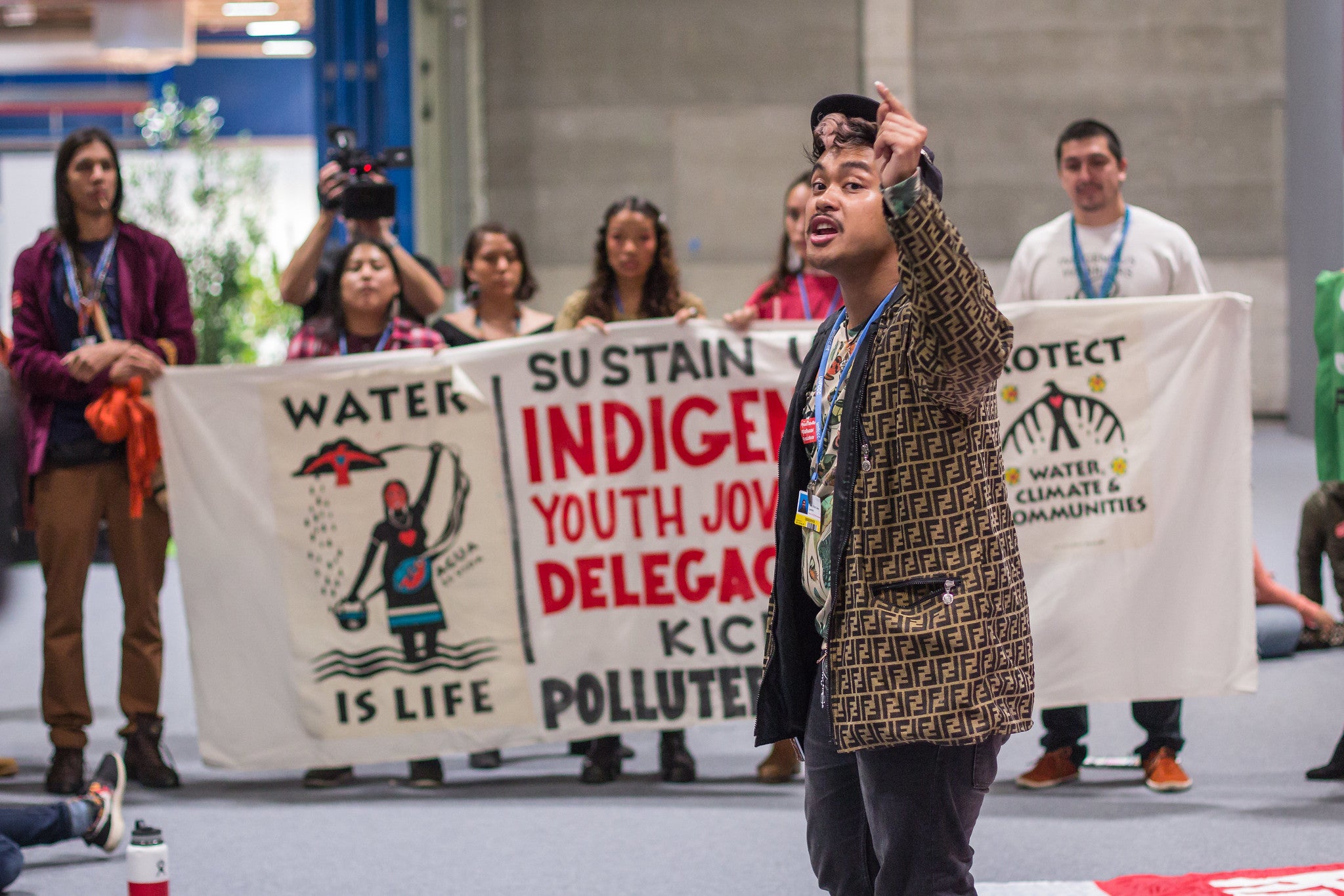 The 25th United Nations Framework Convention on Climate Change Conference of the Parties (UNFCCC COP 25) is currently underway in Madrid, Spain. Originally to be hosted in Santiago, Chile, the last-minute decision to move the meeting to Spain has negatively impacted the ability of Indigenous Peoples, particularly those based in the Global South, to fully participate. However, Indigenous delegates are reporting live from Madrid to share updates with those who were unable to attend.

“At this Conference of the Parties, otherwise known as COP, the state governments come together from all around the world to talk about negotiate different aspects of the Paris [Agreement] Rulebook,” Janene Yazzie (Navajo/Diné), sustainable development coordinator for International Indian Treaty Council and co-convenor of the Indigenous Peoples Major Group, said in a video posted on Facebook. “That is really important for us as Indigenous Peoples because these states are making commitments and setting standards they will then follow - we hope - to address climate change.”

An historical pact, known as the Paris Agreement, was made in December 2015, when the Parties to the UNFCCC agreed to substantially reduce global greenhouse emissions and to limit global temperature rise to 2 degrees Celsius above pre-industrial levels, while also pursuing means to limit it to 1.5 degrees Celsius. To date, 187 of the 197 Parties to the UNFCCC have ratified the agreement. The Paris Agreement Rulebook is a set of guidelines and processes for countries to follow to achieve these targets. While most of the rules were agreed upon at last year’s COP in Katowice, Poland, a few were left unresolved. One of these was Article Six. 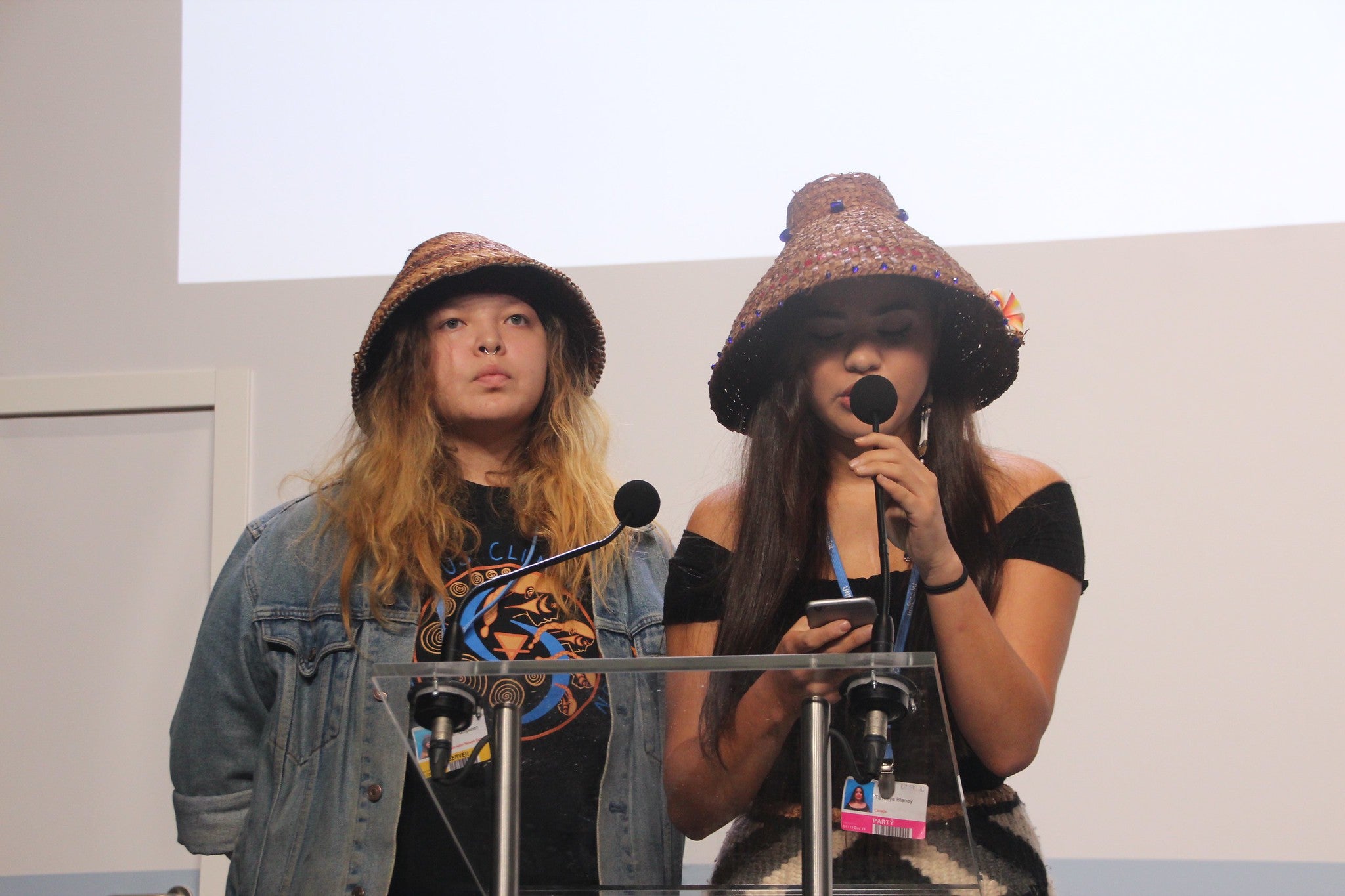 “Right now, the big thing [for the Indigenous delegation at COP25] is Article Six,” Eriel Deranger (Athabasca Chipewyan), executive director of Indigenous Climate Action, reported via a Facebook video. Part of the Paris Agreement, what forms Article Six will essentially determine how or whether countries can - or cannot - use international carbon markets to achieve their emission targets. “There is no human or Indigenous rights safeguards and it’s just wholly being framed as a market-based solution,” said Deranger. “As Indigenous Peoples this puts us at risk and it is time for us to take a stand and say no carbon markets, and we need rights-based safeguards for our Indigenous Peoples and human rights throughout the entire document.”

“We find ourselves now at a real tipping point”, Andrea Carmen (Yaqui), executive director of International Indian Treaty Council, and North America representative of the Facilitative Working Group, said in a video posted by the Indigenous Climate Action Network. “What [a carbon market system] does,” she explained, “is allows polluters to trade credits...so they can continue with projects that create greenhouse gases and emissions.” This has been called a ‘false solution’ by many Indigenous Peoples as not only does it not really reduce global emissions, but also threatens the rights of Indigenous Peoples. “Without rights, safeguards, for these kinds of schemes, Indigenous Peoples in the North or in places where mining is taking place, or deforestation, basically have no protection in the Convention,” Carmen said. “This major threat to Indigenous People’s rights could slide through without any safeguards whatsoever. So this is a major focus of the Indigenous caucus here.” 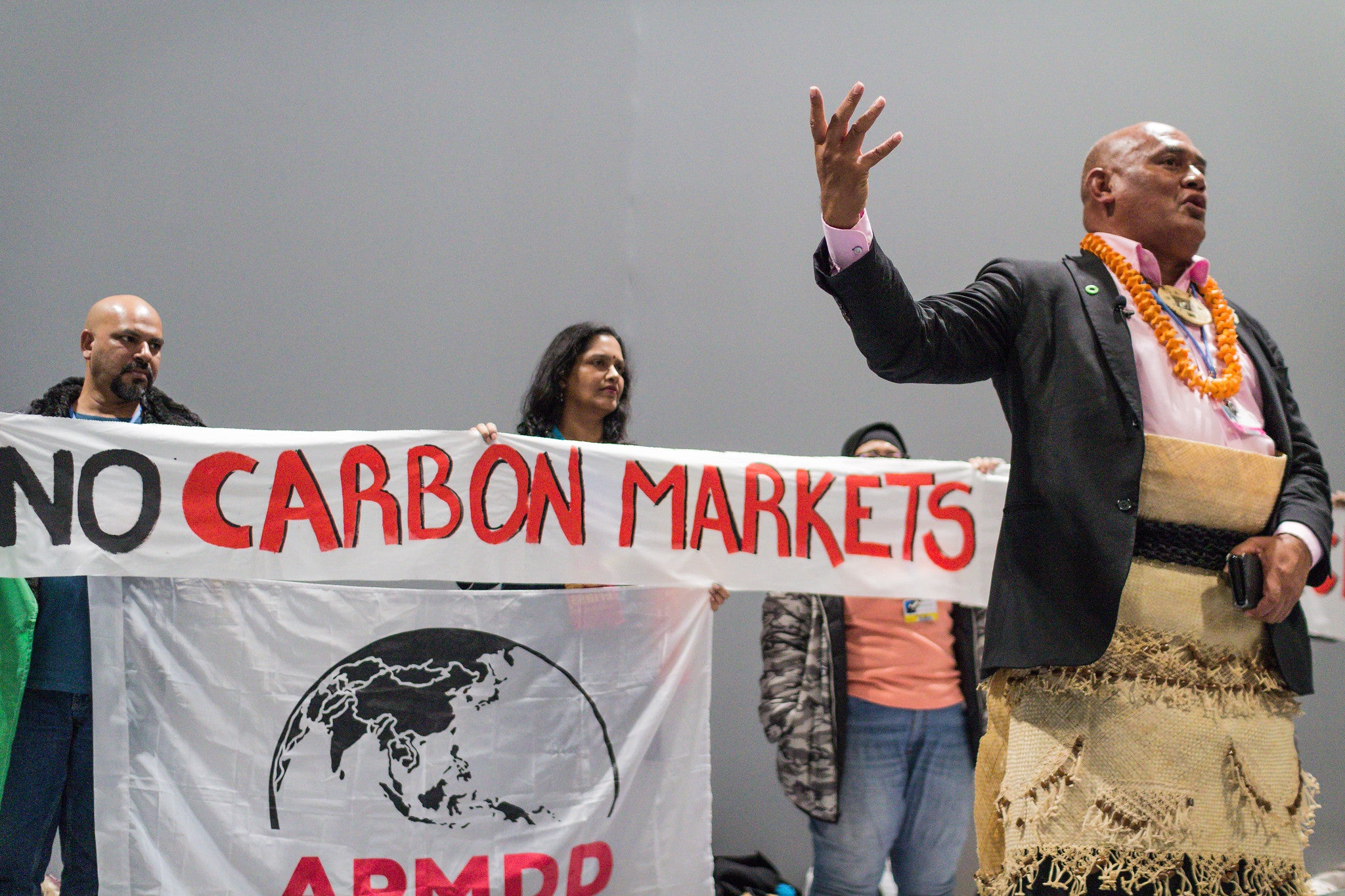 Photo courtesy of Friends of the Earth International.

In some positive news, the two-year Work Plan proposed by the Facilitative Working Group has been adopted on Day 3. The Facilitative Working Group was established at last year’s COP to honor linkages to human rights and Indigenous rights and facilitate the implementation of the Local Communities and Indigenous Peoples Platform (LCIPP). According to the UNFCCC, the LCIPP was established to “strengthen the knowledge, technologies, practices, and efforts of local communities and indigenous peoples (sic) related to addressing and responding to climate change.” More importantly, the LCIPP Facilitative Working Group is “the first ever body to be created in which Indigenous Peoples select their own representatives to sit in equal representation and authority with the states,” explained Yazzie in an update video on Facebook.

It Takes Roots, an alliance of more than 200 organizations across the U.S. and Canada, has declared 5 December as No Carbon Markets Day. This will be a key day of action at COP25, with movements hosting a number of events. A live webinar highlighting community solutions from the frontlines will happen at 11am PST. Register here for more information.

Top Photo courtesy of  Friends of the Earth International.