The Impacts of Suicide in Native Alaska 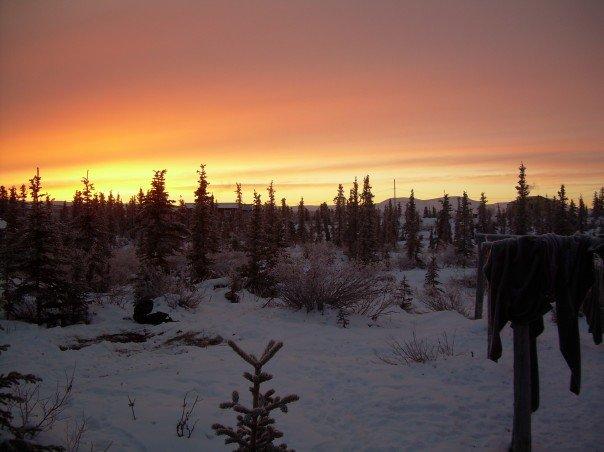 Most would agree Native suicide is the pressing issue of all in rural Alaska. In the Athabascan and Yupik regions, it has been a grave and growing concerning for decades. Native leaders raised it as an emergency during the 2010 Alaska Federation of Natives Convention. I spoke to Inupiaq, Yupik, and Athabascan youth and Elders across the state and they had much to say.

“First off, suicide is unacceptable.” Association of Village Council Presidents (AVCP) President Myron Naneng bluntly stated. “A person takes their lives away in the prime of life and takes themselves away from opportunities to make contributions to their family, village, and the world.” Nanang says the suicides in the Yukon-Kuskokwim spikes during the summer. He mentions AVCP's Healthy Famillies Program as a reaction to the issue by AVCP. “They work for the benefit of families in a more positive manner. The young people don’t have the identity, the schools don’t teach Alaska Native history, only about Columbus and Custer.”

Naneng re-emphasized how urgent the issue has become. “It not only affects the family, but the village, and region for that matter. The young people should think about their future before they do anything drastic. They have so much more opportunities, more than I had when I was young.”

Next, I spoke to Mike Williams, a widely-known Yupik and Alaska Native Leader who has worked on the issue of Native Teen Suicide for a couple of decades. “In the 50s and 60s, suicide was unheard of in our [Yupik] villages.” Mike returned from armed services in 1973, and started working in Bethel’s Mental Health Program in 1975. Williams said shortly thereafter, there were a number of young people committing suicides in Alakanuk. “The epidemic spread from there.” Williams mentions for 1000s of years the Yupik communities were self-supportive, but the new way of life brought public assistance, cash-economy, schools, and electricity.

Williams stated it was critical to understand history to understand the problem. Following contact, Yupik people were nearly wiped out by diseases like tuberculosis and the devastation of the diseases left whole populations orphaned then, languages were taken away by the schools. Then, alcohol was introduced along with the continuing effects of government assimilation, leaving a decimated people. “We had good teeth, no diabetes; we were a very healthy people.” Williams says. “We went from sovereignty and self-sufficiency to dependency. I spent 20 years talking to Elders about why the young people are killing themselves. They said the rapid change was the cause.”

Williams says the lost of language and culture, hunting & fishing rights, new religion, and education policies were the causes. "We’re treated like criminals for trying to survive...And Alaska Native Claims Settlement Act [ANCSA] was a stake through the heart,” he finishes.

Williams has held talking circles as well as individual sessions, and has pinpointed the problem as a lack of self-esteem. “Our young people don’t feel good about themselves. They’re sad.”  After spending a couple of decades speaking with Elders about suicide, they concluded that the best solution was to keep the language, identity, and land. “Communities shouldn’t keep this [suicide] to themselves, but bring it out in the open with all the community. We can beat this thing! We as Alaska Natives can deal with it!”

After hearing from the Yupiks, I turned north to speak with the great Athabascan Elder Howard Luke. Suicide has been a problem among the interior villages as well. Howard says he cured three people. “I cured three people. When I was counseling them right here [Gallee'ya Camp]. I never talk about liquor or nothing, I talk about good things. I make them carve on something or cut wood and their mind will change and they will feel good about themselves: like, ‘I did it!’”

He says we have to have “Circle Talk” and Howard finished by saying the young people commit suicide, “because they carry something inside them and it explode. Nobody is perfect, even preacher is not perfect. I’m a strong believer in traditional ways.”

After hearing the wise words of Elders and traditional leaders, I turned to the youth. Tim Argetsinger is a young Inupiaq working in Kotzebue for the summer. Tim read an article stating the number of suicides is the same today as it was in the 80s. “It has to do with the education system. I read a dissertation by Lisa Wexler. Based on conversations with youth in the Northwest, institutions play a large role in forming what we thought about ourselves.” Tim continued, “The policy implication in Wexler’s mind is that the school system needs to do more work in training youth to be literate in their ‘own colonization.’”

It’s very clear the Alaska Native youth and Elders across the state see suicide as ‘unacceptable’ and it’s clear that these leaders know what has to be done, but the firm opposition and some would say anger from these Alaska Native leaders is notable. At the same time, these Elder and youth leaders are wise enough to push forward well-researched and well-developed solutions. To re-iterate Mike Williams, “They shouldn’t keep this to themselves, but bring it out in the open for all the community. We can beat this thing!”

-- Matt Gilbert (Gwich’in) grew up in Arctic Village, Alaska and is a freelance journalist. He can be reached at mattgak31@gmail.com.