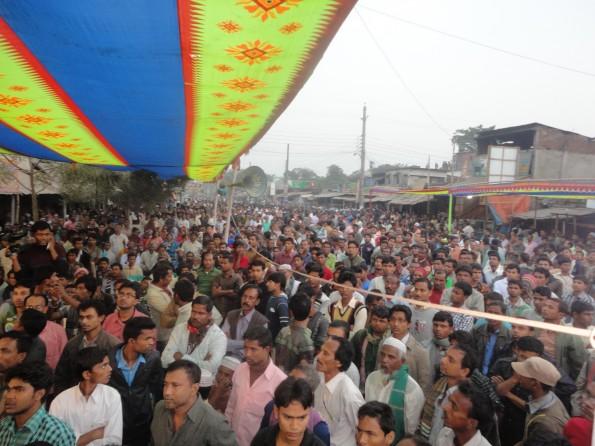 The company has plans to construct an open-pit coal mine in Northern Bangladesh that is widely opposed by local Indigenous Peoples, grassroots organizations, environmentalists and UN Special Rapporteurs.

In late January, Gary Lye, CEO of GCM Resources planned to visit the mine footprint to distribute blankets, but was forced to cancel when locals heard of his plans and vowed not to let him step foot in the area.

Activist Samina Luthfa reported, “There were protests everywhere since the news of Gary Lyes’s visit reached Phulbari and neighbouring areas.  He reached Dinajpur and had a meeting with the District Commissioner of Dianjpur who advised Mr. Lye not to go near Phulbari. This is because thousands of men and women in Phulbari, Birampur and Parbatipur were out in the streets in rallies chanting slogans not to allow Gary Lye in Phulbari.

GCM’s largest shareholder, Polo Resources, announced in January that they are looking to divest their 30% stake in the company, just weeks after an activists crashed the annual shareholder’s meeting to deliver coal while dressed up as Santa Claus.

The sum of these events gives hope that widespread opposition to the coal mine is reaching a critical mass and casting the future of the Phulbari coal mine in doubt.

Read more about the struggle against Phulbari in our campaign:
Bangladesh: Ban Coal Mine, Save Forests and Farms