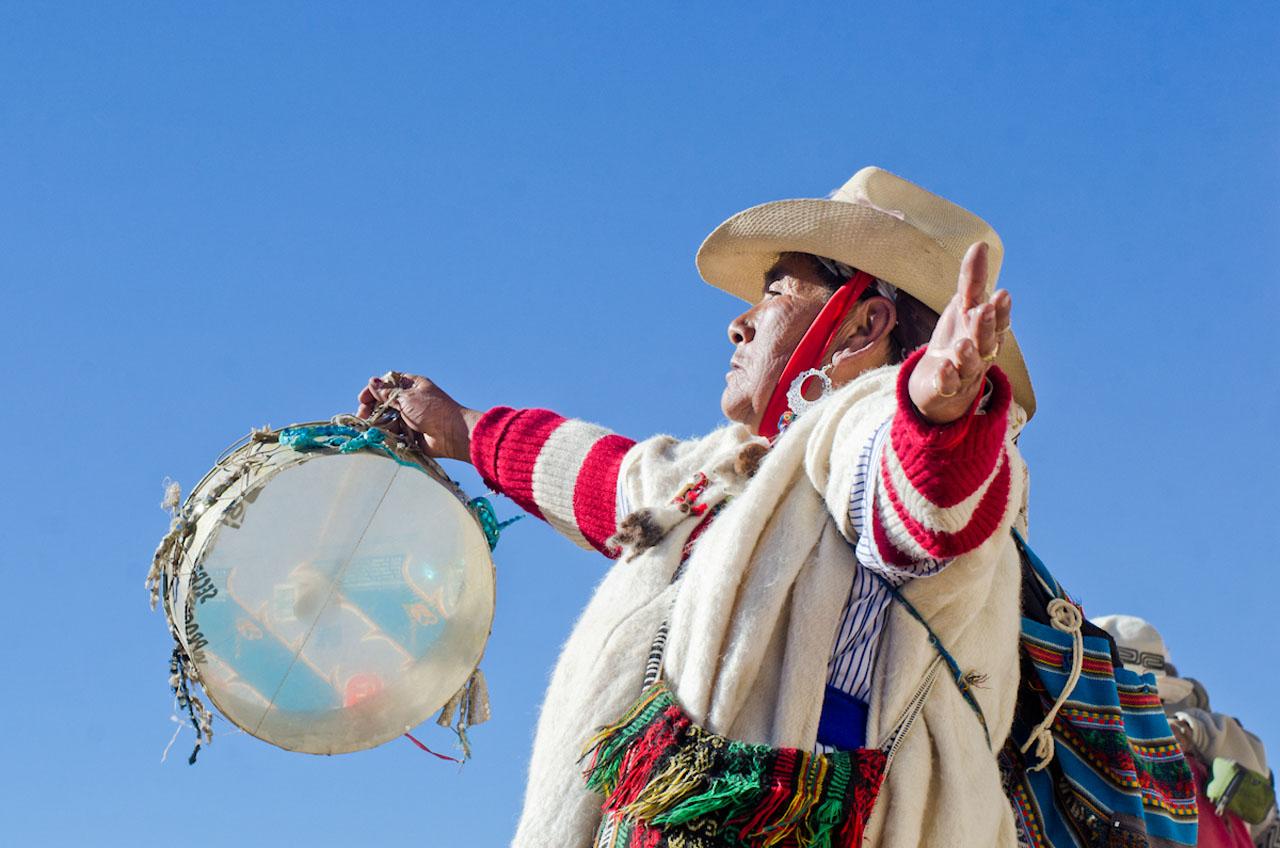 The famous train up the mountains is called the "Train to the Clouds" for a reason.  It climbs up the rusty tracks up to four and a half kilometers into the sky, deep into the Andes in Argentina.  The journey, from the valley of the colonial city of Salta, rises up through wild cactus deserts and crumpled red mountains, up to snow peaks and extreme slopes of brown-grey earth, where only occasional shrubs emerge from the earth. After several hours, riding along cliff faces and thin bridges daringly suspended between the mountains, the train arrives 168km from it’s origin at a town called San Antonio de los Cobres.

This town is among the highest inhabited places on Earth.  The Kolla people have adjusted to the altitude, with children playing games of street soccer, picking up the brown dust.  But arriving from the foothills of the mountain range, you can’t escape the incredible sensation that is the altitude. It is so high that visitors need to take care that they don’t walk a few meters too fast or they’re caught, by their lungs, by the dizziness, by the slight then intrusive headache that is altitude sickness.

It’s here, in the high mountain extremes, that one of the biggest festivals of the Andes is celebrated.  Pachamama, the Andean mother earth, is celebrated in a month-long festival that sees bucket sized wells dug in the ground outside each mud house and public building, representing the mouths of the earth. Within the Province of Salta in Argentina, the Pachamama festival is celebrated starting on the 1st of August.  During each weekend of that month, a different town hosts large festivities.

We stand, a little breathless, by the edge of the crowd taking in the ceremony, accompanied by llamas and little girls in ponchos.  On the inside, a man kneels on the ground, his hands digging a hole in the dry earth.  A mountain shrub, still green, burns on the grill next to him, occasionally enveloping the entire scene in smoke.  When the hole is about 30cm deep, he pauses with a microphone in hand, and calls out to someone to turn on the power.

"Pachamama," he calls out, tears in his eyes.  He thanks her for her generosity, apologies that he only takes and does not give her anything in return.  He tells her that he will feed her mouth with all the best things.

"Pacha, how much I love your guidance."

"Pachamama, Sacred Earth, I am the Ekeka (female version of the Tiwanakan God of abundance and prosperity in the mythology and folklore of the people from the Andean High plains) and I am going to ask for, in the name of those who are not here, from the past, I am going to represent our ancestors. They are not here, but I am here. I am the Ekeka."

A clay urn stands next to him, the size of a small child.  It is filled with chicha, an alcohol made here for hundreds of years, since at least the time of the Incas.  He takes a pitcher of the fermented corn brew and pours it into the earth.

He takes a handful of coca leaves, and raises them to the sky, thanking the mother again. Around him, people stand with cheeks filled with the coca leaves that they chew almost constantly, as they provide a light buzz and some relief from the altitude.  He drops the leaves into the hole.

He lights cigarettes, two at a time, keeping one in his mouth and giving one to Pachamama.  The air is so thin that the lighters barely function at the altitude.

In front of him lie the other offerings, a combination of traditional food and staples of the modern world.  Corn, different types of potatoes, and bean stew, lie alongside bottles of Coca Cola and casks of wine.

The thrill of the high pitch Andean flutes rises in the background, augmented drums and an electric guitar.  People dance in costumes from fabrics of classic Andean patterns.  In amidst the deep seriousness occasionally seen in the faces of the people, the sound here is joyous. The earth, it seems, is a good mother.

For hours this celebration continues on the rise above the city.  Tall mountains of the Andes on each side, the dry dusty streets and clay mud houses lying below.

Life here, in what from cities seems such barren extremes, is one of cold, of being confined to a landscape of different shades of browns.  Yet the people’s gratefulness for their existence, for the limited things the earth provides, and their communal spirit and joy in existence, comes through so clearly in the festival of Pachamama.

It is a strange reminder to the visitors that people living in one of the most inhospitable parts of the earth, are also among most grateful for the earth’s generosity.

The ceremony was conducted by Miguel Siares, the  Leader of the United Kollas Community and Kolla leader Teófila Urbano. Both made offerings to the Pachamama during the Pago and celebrated with music and dance afterwards. The ceremony was organized by the organizing commission: Sr. Miguel Orlando Siarez, Teófila Urbano, Cesar Chavez and Ariel Mogrovejo.

Rodrigo Llauro and Natalia Cartney are a photographer and writer duo dedicated to capturing the diversity of human experiences worldwide. Rodrigo is a trained photographer from Argentina, also fluent in Spanish, Portuguese and English through the extent of his travels. Natalia is a medical doctor from Australia, who has also studied Japanese and communication, and volunteered in a medical capacity on numerous projects worldwide. 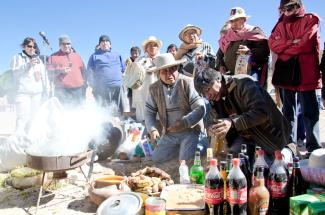 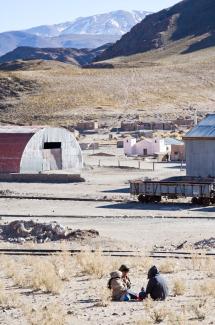 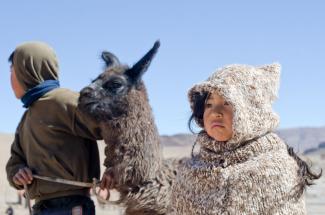 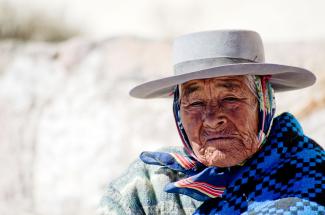 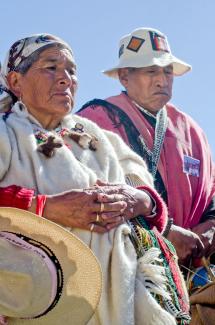 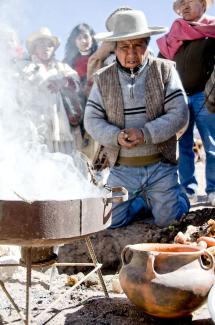 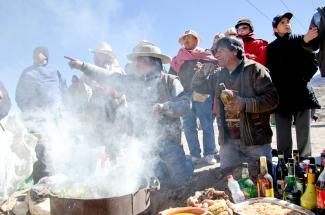 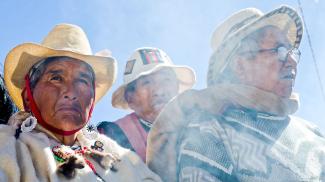