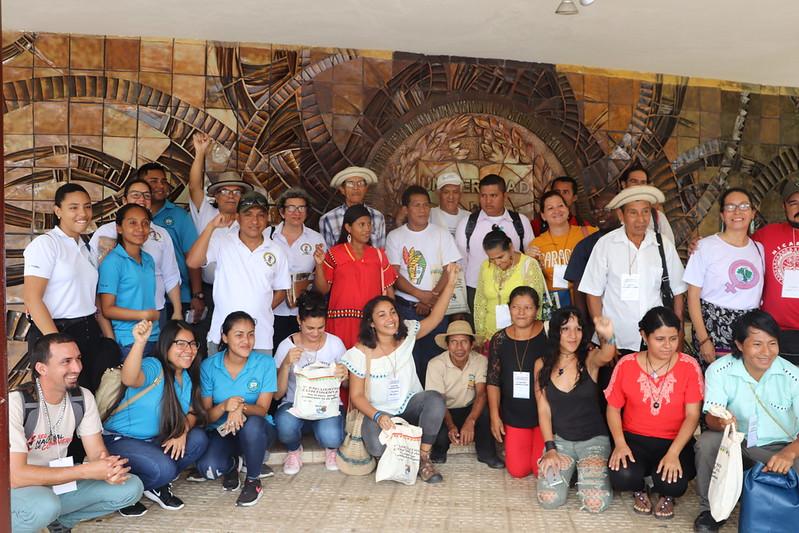 A grant from the Keepers of the Earth Fund supported the participation of Indigenous delegates from Panama to help strengthen communication and relationships with Indigenous and non-Indigenous communities in Latin America and to unify their struggles at the international level. 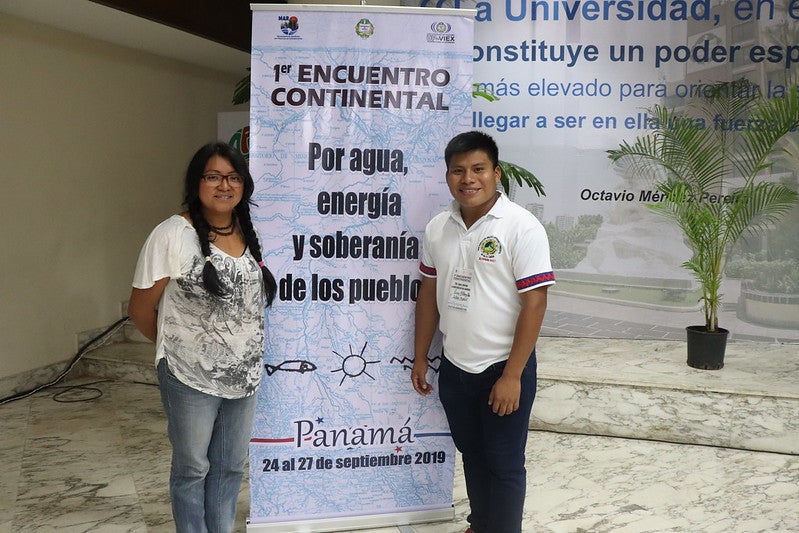 With the dynamics imposed by the global economy, Latin American countries are seen as a commodity full of raw resources and material to exploit, where large corporate companies and international banks appropriate natural assets such as water and oil for investment in the energy development sector as means to concentrate the wealth and detriment access to the people habituating the source. Panama and many other countries have been experiencing a rapid increase of hydroelectric project construction without the consent of local communities and with no plans for reparation measures or accountability; consequently, contributing to the increase of poverty, cultural fragmentation, and social vulnerability. Hydroelectric constructions deeply affect the surrounding ecosystem by flooding areas of fertile land and biodiversity. These processes are also responsible for the increase of violence, particularly affecting Indigenous women and children.

Most corporate companies who benefit from the energy sector are transnational. Other beneficiaries include companies that sell equipment, construction material, as well as international banks that fund the projects. Since there is little accountability for human rights violations committed, impunity only multiples and no legal regulation is imposed. 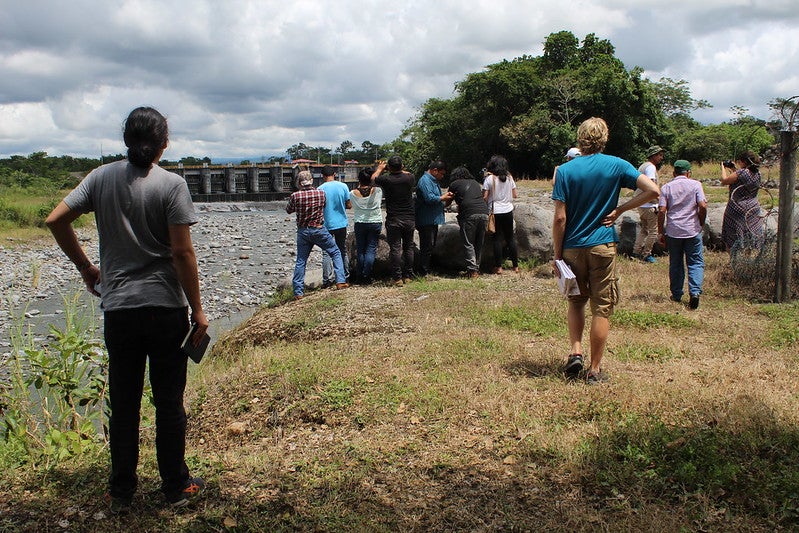 It is from this context where social movements and organizations are confronting the effects of hydroelectric projects in Latin America and the Caribbean. This was one of the objectives for the continental gathering held in Panama, along with bridging acknowledgment of the presence of Indigenous Peoples in these conversations as the ones severely impacted and most excluded. As attendee Rogelio Urriola, cacique from Ngäbe Buglé Comarca, Veraguas, stated, “It is important to know the worldview of Indigenous Peoples. I believe that the people that have a fundamental basis of processes, struggle and life of the territory is the original Peoples. We are not people that return to nature nor do we defend nature, we are nature. When companies arrive in the villages they always want to negotiate and we do not want to negotiate. We then do not manage to reach a resolution in our favor.” 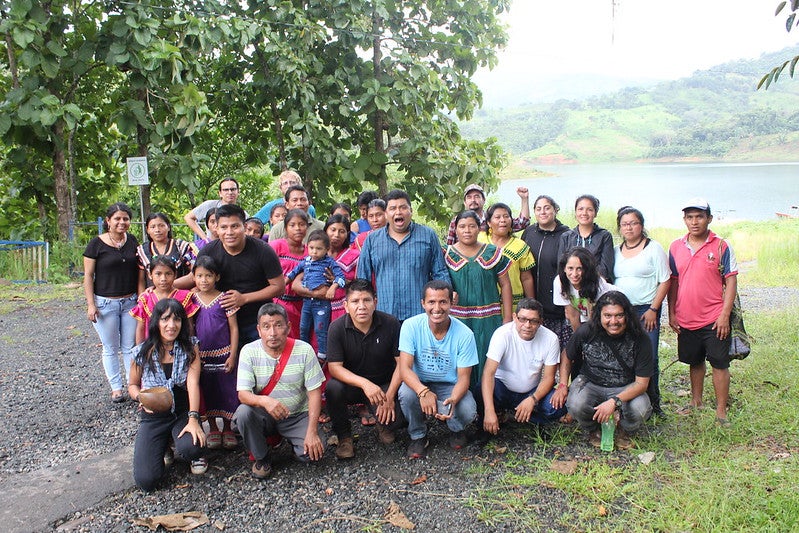 In the western part of Panama alone, over 25 hydroelectric project licenses have been granted for construction of large multipurpose dams which also support transportation and mining companies to have an easier entry into Indigenous and campesino territories without community approval. These projects have caused much controversy and division among communities.

The Panamanian government does not recognize Indigenous territories as collective lands. Many Indigenous communities continue to reside outside the comarca. Their lands are labelled as “protected areas” by law without Indigenous consultation. The management of the territories is then administered by the Ministry of Environment, facilitating investment for large hydroelectric projects, mining operations or residential tourism. This places Indigenous Peoples in a situation of a constant struggle in reclaiming their territory and natural resources. 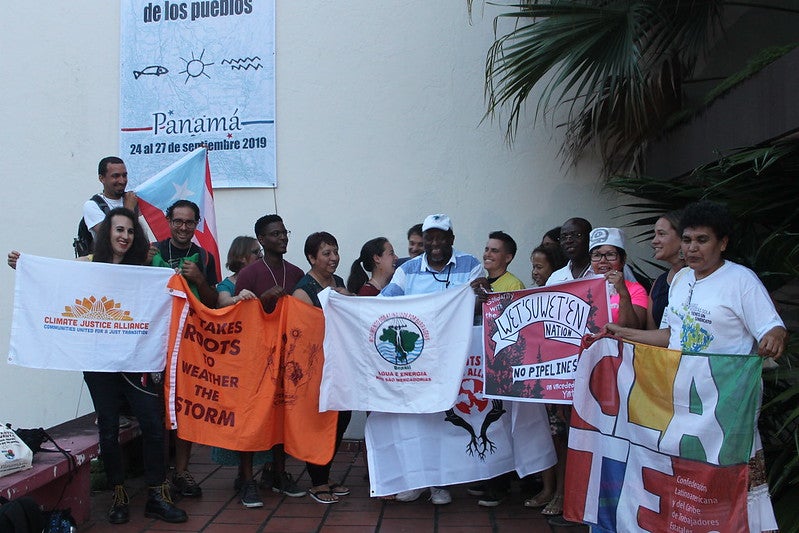 Indigenous delegates from the Ño Kribo, Bagama, Nedrini and Ködridri areas of the Comarca Ngäbe Bugle, as well as delegates from the Emberá and Naso communities attended the meeting. The Indigenous delegates shared their experiences in defending their territories in Panama and the need for support from national and international movements. Delegates impacted by the controversial hydroelectric projects such as Barro Blanco, Changuinola 1 Hydroelectric Dam (Chan-75) and Central Hydroelectric Bonyic also shared actions taken at the Inter-American Commission of Human Rights and UNESCO as examples of their resistance. "It was a very good experience, a space to meet brothers from other countries with the same struggle, about territorial rights and natural resources. It allowed us to publicize the reality of Panama to the other countries. It was good to know more about MAR, which is an immense ocean that unites us all, with a single thought for the rivers, for the land, for our rights, and for the defense of future generations, against bad intentions from companies and governments that do not understand the rights of Indigenous Peoples and Afro- descendants,” said Feliciano Santos (Ngäbe) land defense coordinator in Bocas del Toro.

“We have to be aware of the fight and struggle, the fight is not only for this moment, it’s always present,” a statement declared by Weni Miranda (Ngäbe) from a small village called Kiad located in Bagama in the Ngäbe Bugle Comarca where construction of Barro Blanco Hydroelectric project has imposed human rights violations and damage to the ecosystem. Miranda is also a member of the April 10th Movement (Movimiento 10 de Abril), where her family continue to resist operations of the hydroelectric project. It is a reminder that for many Indigenous communities the struggle for existence is always present. It is a sacrifice to guarantee the survival of future generations and protection of mother earth. In the cosmology of many Indigenous Peoples who have been stewards and allies of the natural world, there is no separation, there is one holistic identity. 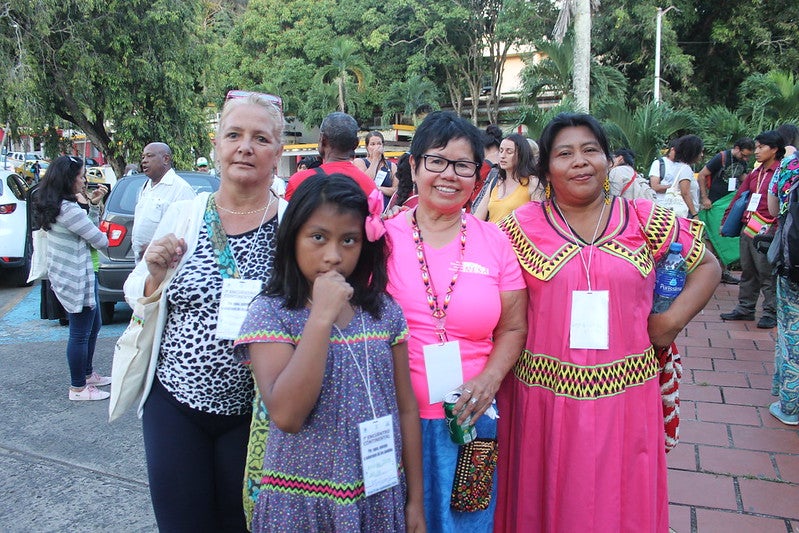 The four-day gathering paved the route for strengthening strategic organization, communication, and development of solidarity among continental struggles for the defense of Indigenous lands. The event was deemed a positive development that reaffirmed hope, commitment, and determination.

In addition to continental gathering, a meeting was held exclusively for women. Over 50 women from 20 countries affected by dams participated. Indigenous and non-Indigenous women gathered to share stories and experiences.”We, women, are a main part of the fight. Without women, a struggle never progresses as it should. We have been in conflict with Barrio Blanco dam for many years and continue,”  said Guedia Jiménez (Ngäbe), a member of the  Movimiento 10 de abril against the Barro Blanco dam. 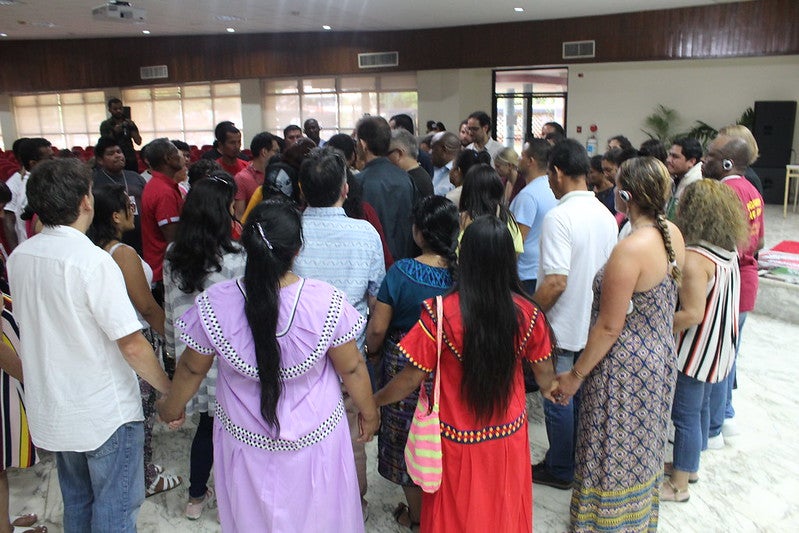 The space was a supportive and multicultural embrace of many women who denounced the violations of transnational companies who benefit from the water and energy of Indigenous communities and prevent communities from living a dignified life that respects human rights and nature. There are many challenges that women face when confronting these struggles where inhuman systems of equality hinder their manifestation for self-determination. There is great need to create spaces for women to self-organize and develop fighting strategies against violence, discrimination, and destruction. "Indigenous Peoples and women have proposals for development that have nothing to do with banks or other countries that have an interest in our territory," stated a representative from Bloque de Organizaciones Campesinas Indígenas del Norte Amazónico in Bolivia (BOCINAB).

Very often Indigenous women are on the frontlines defending life and face patriarchal, imperialist, and colonialist systems. As a delegate from Peru sang “When my people are in danger, I will give my life, my blood, for my brothers who suffer…Together we will fight with one heart for the sovereignty of Latin America to advance to a revolution. Together we will fight with one heart.” Her voice echoed the resistance and strength of the women, who then in unity chanted, “Women, water, and energy are not merchandise to be violated.” 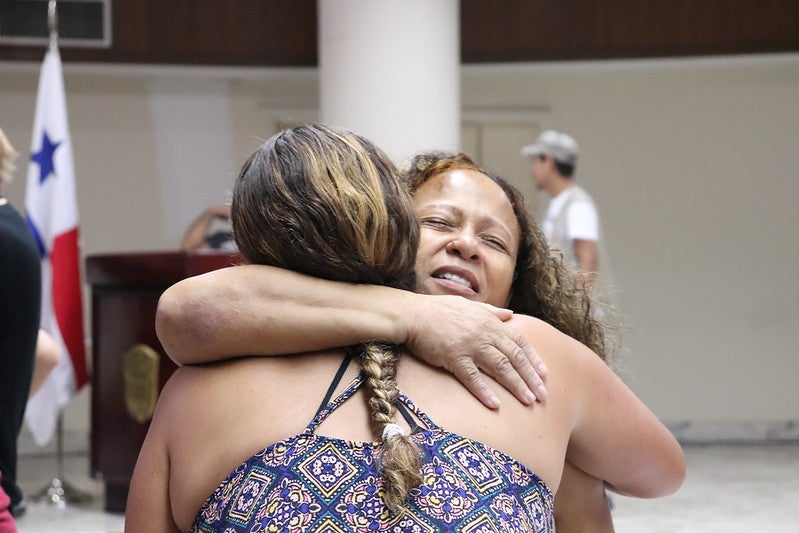 The exchange of experiences at the four-day continental gathering demonstrated cooperation between various organizations and movements, showing vitality and commitment to social change to face the challenges in a world of climate crisis.