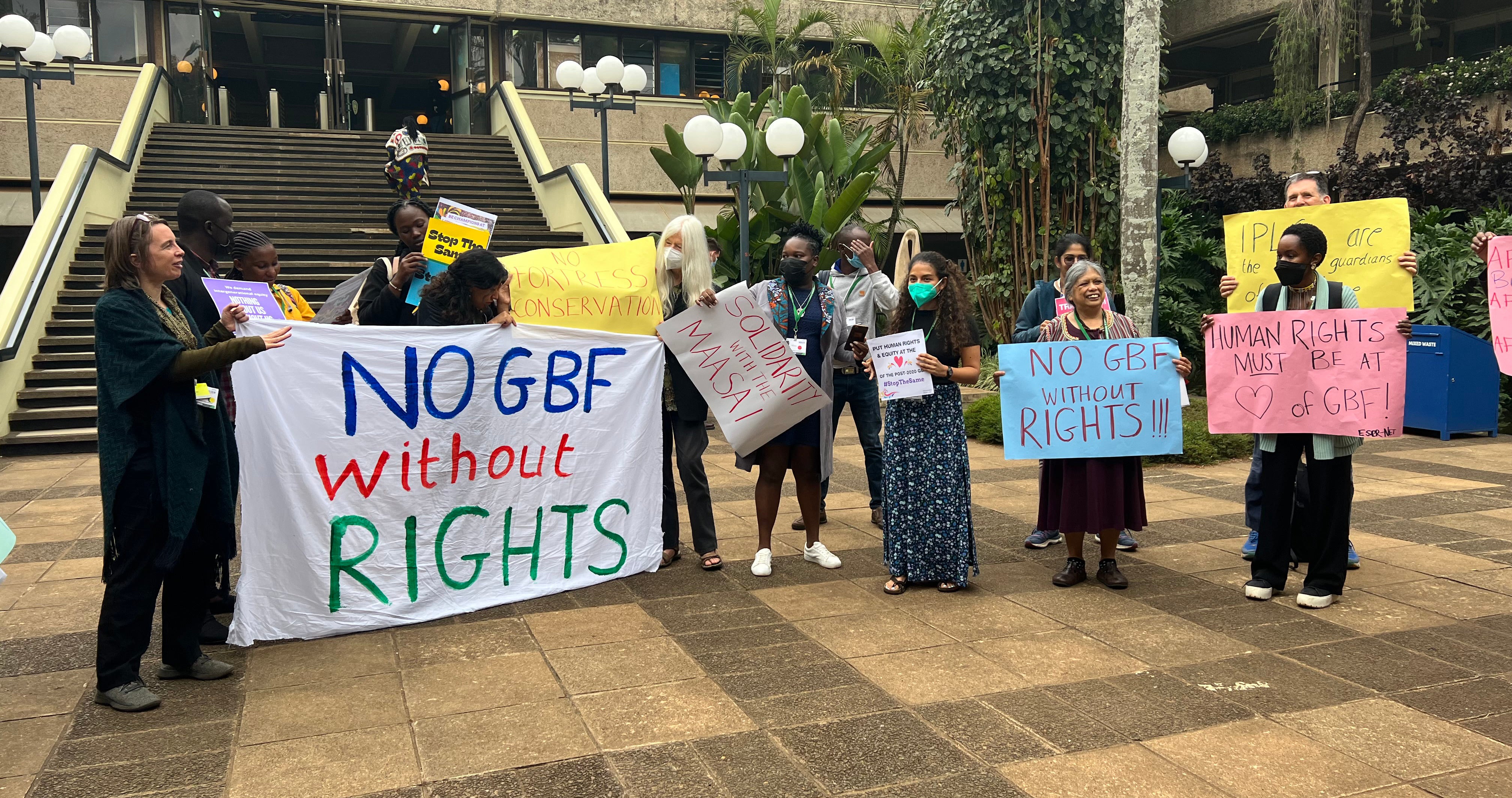 The negotiations to develop the Post-2020 Global Biodiversity Framework (GBF) in preparation for the 15th meeting of the Conference of the Parties to the Convention on Biological Diversity (CBD COP15) continued within the framework of the 4th session of the Open-Ended Working Group to resolve unfinished issues of the Open-Ended Working Group-3. The six-day meeting was held in Nairobi, Kenya from June 21-27, 2022. The main purpose was to reach consensus and specify the text of the framework program, which should be finalized and adopted at CBD COP15 in December in Montreal, Canada, just weeks after the UNFCCC COP27 climate talks in Egypt.

The first meeting towards the development of the Post-2020 Global Biodiversity Framework was held in August 2019 in Nairobi, Kenya. The Zero Draft was discussed at the second meeting in February 2020 in Rome, Italy. The third meeting was convened in two parts: the first part consisted of virtual negotiations in August 2021, and the second, in-person meeting was held in March 2022 in Geneva, Switzerland. At COP15 in Montreal, under a China presidency, the world will adopt a Post-2020 Global Biodiversity Framework as a stepping stone toward the 2050 vision of "Living in harmony with nature.”

The participants and negotiators of the Working Group recently held in Nairobi were hopeful that this meeting would remove the square brackets (square brackets signify that no consensus has been reached, and proposed language is still up for negotiations).  Many had hoped that no new suggestions, additions, and/or deletions of parts of the text on a specific issue would be introduced to the text agreed to in the meeting at Geneva earlier this year. Participants were similarly hopeful that the last draft of the Post-2020 Global Biodiversity Framework would be finalized and prepared for CBD COP15. Unfortunately, only the text of two targets (19.2 and 12) were cleared. The remaining goals and targets need to be finalized, so it was proposed to hold an additional meeting one week before COP15 to allow the text to be finalized and cleared. 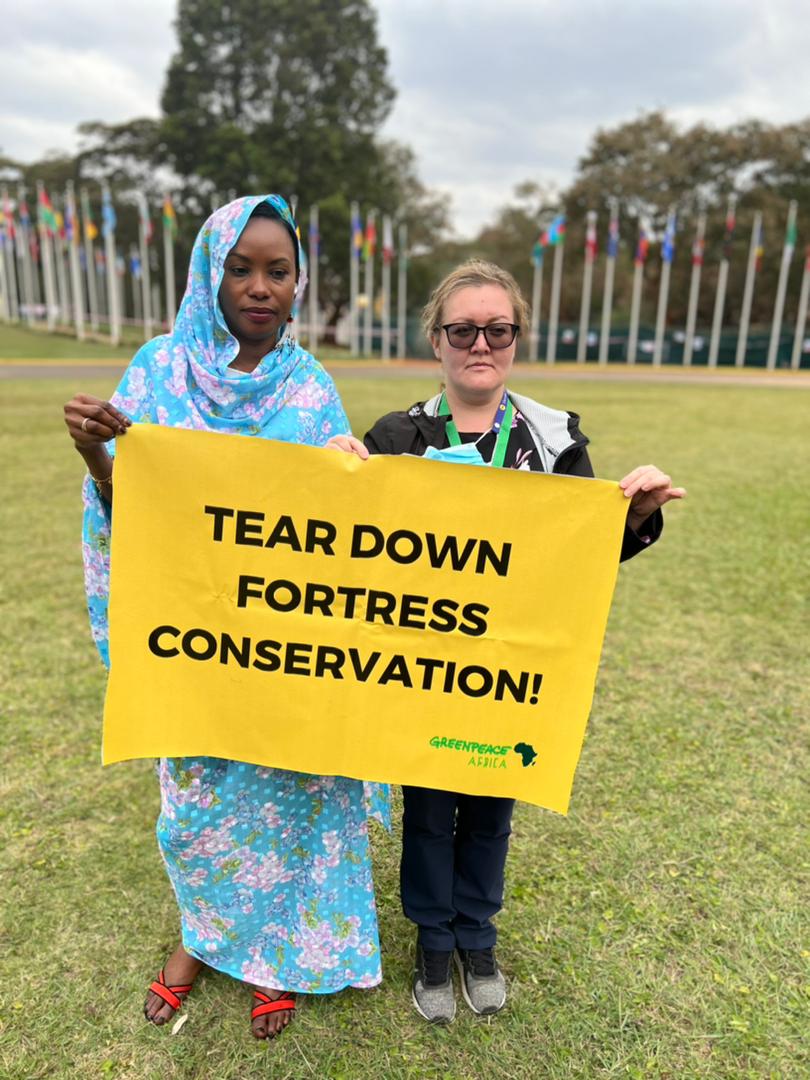 Cultural Survival participated in the negotiations of Nairobi. We followed and supported Indigenous working groups working on various targets including Target 3, a plan to increase conservation of land and sea areas up to 30 percent by 2030, and Target 9, which aims to provide social, economic, and environmental benefits and customary sustainable use by Indigenous Peoples. We also participated in side events pushing for the inclusion of Indigenous Peoples rights in related targets, and followed the activities of the International Indigenous Forum on Biodiversity. Their opening statement paid tribute to the Maasai Peoples and their traditional lands where the meetings were being held in Nairobi, highlighting the disastrous situation faced by Maasai communities in Lolilondo, Tanzania. The statement highlighted the fact that while Parties are working on a future Post-2020 Global Biodiversity Framework that will protect biodiversity and ecosystems, they are forgetting the rights of Indigenous Peoples who have lived on their territories for thousands of years, and who have stewarded these territories and the ecosystems through their Traditional Knowledge and methods of interaction with nature. The Maasai in Tanzania are being forcibly displaced to create a commercial gaming reserve. This is an example of increasing systematic repression, criminalization, and gross violations of the rights of Indigenous Peoples to their lands, territories, and resources in the pursuit of profit.  Massai Elders, present at a press conference in Nairobi during the Working Group, stated, “we have never been given a space to share our perspective. Instead, we have been categorized as enemies—people who should not be consulted.”

The lack of inclusion of Indigenous Peoples in these processes is why it is so important for Cultural Survival to participate in these negotiations, especially regarding Target 3.  Target 3, commonly referred to as the 30x30 Initiative, would use area-based conservation measures such as protected areas or parks to achieve its conservation goals.  This target is of particular importance to Indigenous Peoples as it has the potential to have a direct impact on our territories.  Our goal, therefore, is to push for a human rights-based approach that will encapsulate the rights of Indigenous Peoples and promote the recognition of Indigenous Peoples' rights to their lands, territories, resources, and rights to manage and steward their lands in accordance with Indigenous worldviews, beliefs, traditions, and practices.

If the Post-2020 Global Biodiversity Framework is to be successfully implemented and truly transformative, it is fundamental that it include explicit references to human rights, including the UN Declaration on the Rights of Indigenous Peoples standards as guiding light. This means it must ensure respect and protection of Indigenous Peoples’ rights to self-determination,  territories, land tenure, sustainable use, equitable benefit-sharing mechanisms, including respect and implementation of Free, Prior and Informed Consent, as well as full, effective, and equal participation of Indigenous Peoples in decision making processes.  Indigenous Peoples must participate as vital actors and partners in the Goals and Targets of the Post-2020 GBF, as well as in the planning, monitoring, and review of National Biodiversity Strategies and Action Plans.

One of the most debated and negotiated targets during the meeting was Target 19 of the framework on finance for nature and biodiversity. This target has two parts, 19.1, dealing with financial flows with the Post-2020 Global Biodiversity Framework, and 19.2, which is intended for technical and scientific cooperation and capacity-building. A number of countries, including several in Latin America, proposed a separate fund from the climate finance fund to be established and running by 2025.  They referred to this separate fund as the “global biodiversity fund.” However, New Zealand, Australia, and Canada opposed this proposal, claiming such a fund for nature and climate already exists.

Currently, less than one percent of global conservation funding is dedicated to Indigenous Peoples, yet they conserve about 80 percent of the planet's biodiversity. Therefore, during the negotiations, Indigenous Peoples actively participated in the work on Target 19.1 to ensure open and direct access to funding for all Indigenous Peoples for their programs and projects in their communities and by their organizations, without intermediaries who take more than half of the funding for their own operations. Work on this target has been successful, and all proposals by Indigenous representatives are now in line for consideration at COP15. The need for access to such direct funding for Indigenous Peoples from all seven socio-cultural regions, regardless of the level of development of the countries, was emphasized. The division into Global South and Global North should not apply to Indigenous Peoples, and should not be divided into developed and developing countries. Indigenous Peoples from all countries have the same problems and challenges in preserving biodiversity and protecting their lands, territories, and resources, and therefore should have the same rights to access finance.

Perhaps the biggest achievement coming out of the Nairobi meetings is the inclusion of a new target related to gender. We are happy to report that the strong voice of the Women's Caucus in Nairobi brought victory to participants fighting for gender issues in the Post-2020 Global Biodiversity Framework, including a new target on gender and inclusive biodiversity. At negotiations in Geneva last March, the Parties adopted a draft of the "Gender Action Plan" as a guide in developing and updating their 2030 Biodiversity National Biodiversity Strategy and Action Plans, which started work after adopting this document at the COP15. Currently, the women's caucus has pushed and promoted the inclusion of a specific gender target in the GBF. Target 22, now in the draft text of the document, includes women and girls, persons of diverse gender identities, and youth, including people with disabilities. 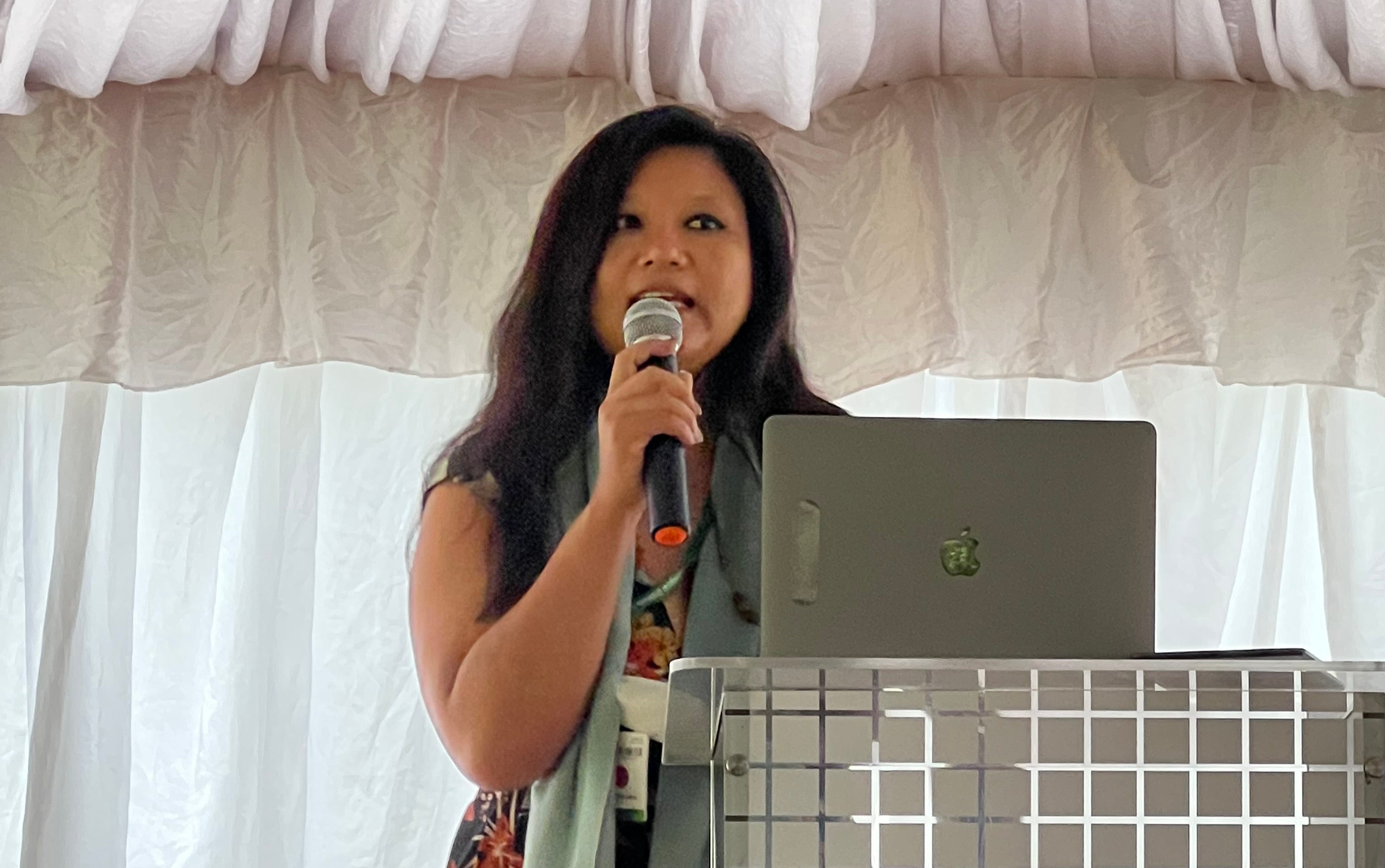 “We are a network established to advocate for a right to a healthy environment for all. We believe that living in harmony with Nature needs to take into account the roles and contributions of women and girls to achieve transformative change. This requires addressing gender equity and needs to embrace the holistic solutions and the recognition of women’s human rights to achieve it,” said women’s rights and environmental rights advocate Mrinalini Rai (Rai), Director of Women4Biodiversity. Rai is also Chair of the Women's Caucus at the Convention on Biological Diversity and Cultural Survival’s newest Board member. For many years, Rai has promoted women's rights through the programs and decisions of the Convention on Biological Diversity, and it was her team's solidarity and determined approach to negotiating and seeking possible solutions that led to Target 22 in the Post-2020 Global Biodiversity Framework.