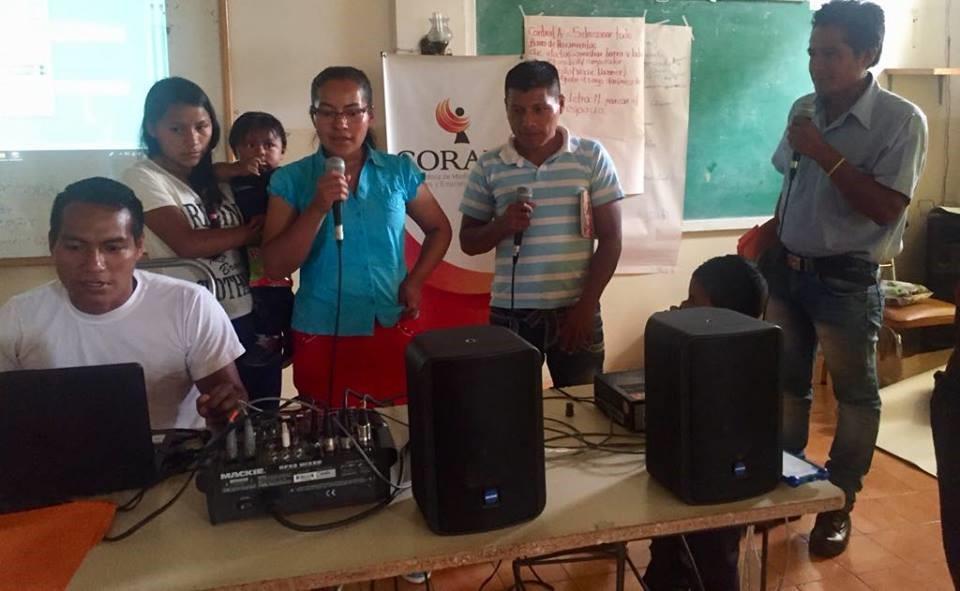 Ampara Su 90.7 FM is the community radio of the Awá People of Ecuador. In the Awápit language, Ampara Su means "four worlds" which are very significant because they represent the Awá worldview. The four worlds are: the world of small beings that live under the Earth; the world of human beings who live on Earth; the world of the spirits of those who have passed; and the world of the Creator, the great spirit. The Awá Nation numbers close to 8,000 people who live on 120 thousand hectares in the provinces of Carchi, Esmeraldas, Imbabura and Sucumbíos in Ecuador.

Radio Ampara Su began broadcasting 2014 as a means of communication to disseminate vital information to the Awá people. Since its inception, the station has promoted social inclusion and cohesion, peaceful coexistence, and a culture of peace, eradicating all forms of discrimination. 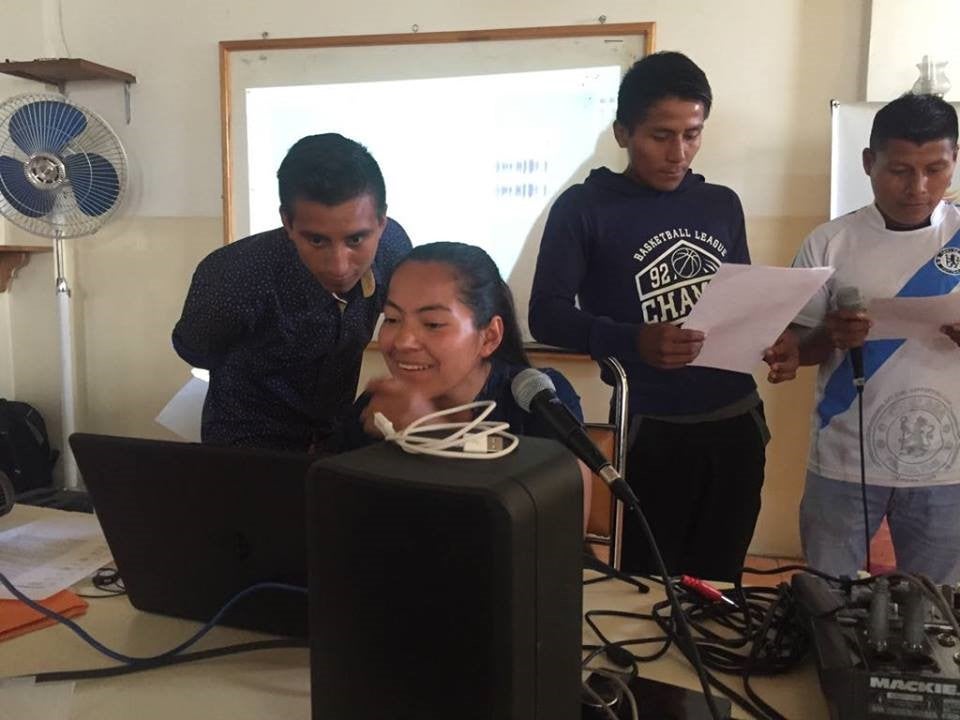 The radio team strives to create spaces for younger generations to strengthen their cultural pride and values ​​and to be able promote them on the radio. The voice of young people is necessary to discuss about their collective rights, culture, land and natural resources issues.
With the support of Cultural Survival through a Community Media Grant, Radio Ampara Su is  training a group of young people in technical skills to operate the station.

The project is being carried out in the provinces of Esmeraldas, Carchi, and Imbabura with young representatives with binational Awá nationality, from the Colombian-Ecuadorian border. Twenty young enthusiasts are participating; 3 women and 17 men who represent 11 Awá community centers. The young people learned to produce radio programs through the use of editing software. As a result of the trainings, they created the first Radio Magazine, NKAL Awá LA VOZ DE LA MONTAÑA, with segments on culture, environment, land, food and, community tourism. 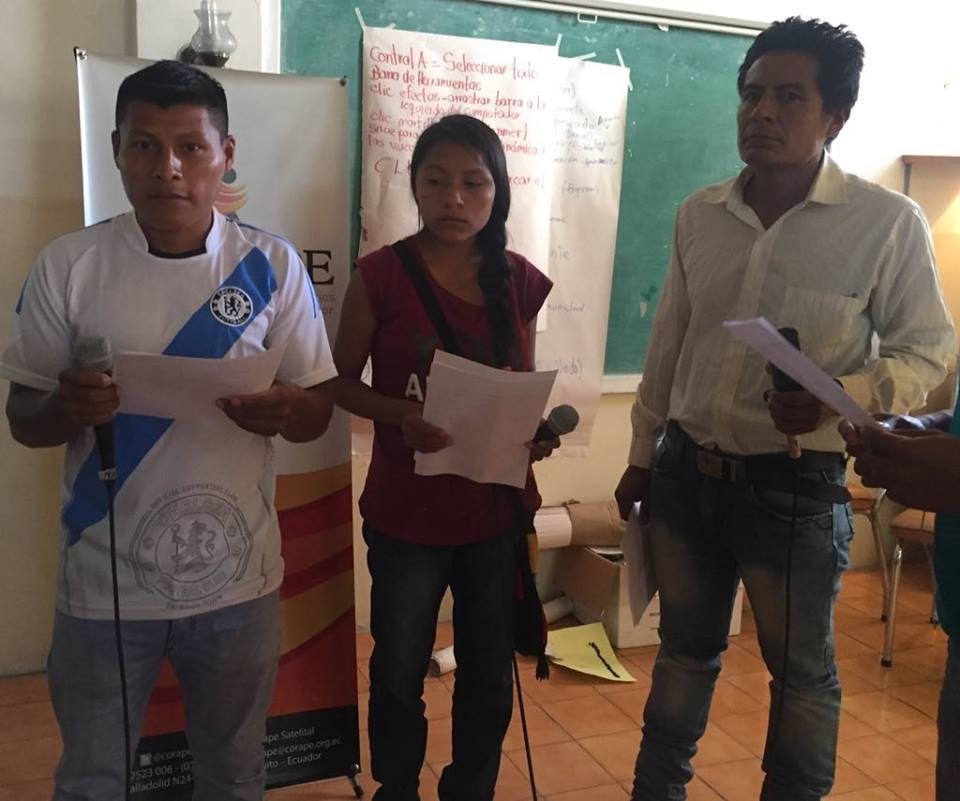 The youth participating in this project are motivated and convinced that this learning has strengthened their appreciation of being. They shared their experiences and learning, generating new spaces and ways of developing radio and communication processes among the 26 Awá Community Centers from an intercultural and intergenerational perspective. The training also contributed to the strengthening of Awá cultural identity, the local social fabric and governance, and towards the protection and conservation of Awá lands.
Supporting Radio Ampara contributes to intercultural dialogue, strengthening relationships between peoples of different cultures, which in turn helps address social, political and economic issues that go beyond identity boundaries. The dialogue sparked by radio promotes cultural plurality, respect, and recognition of different forms of knowledge and modes of expression, and validates the customs and traditions of youth. 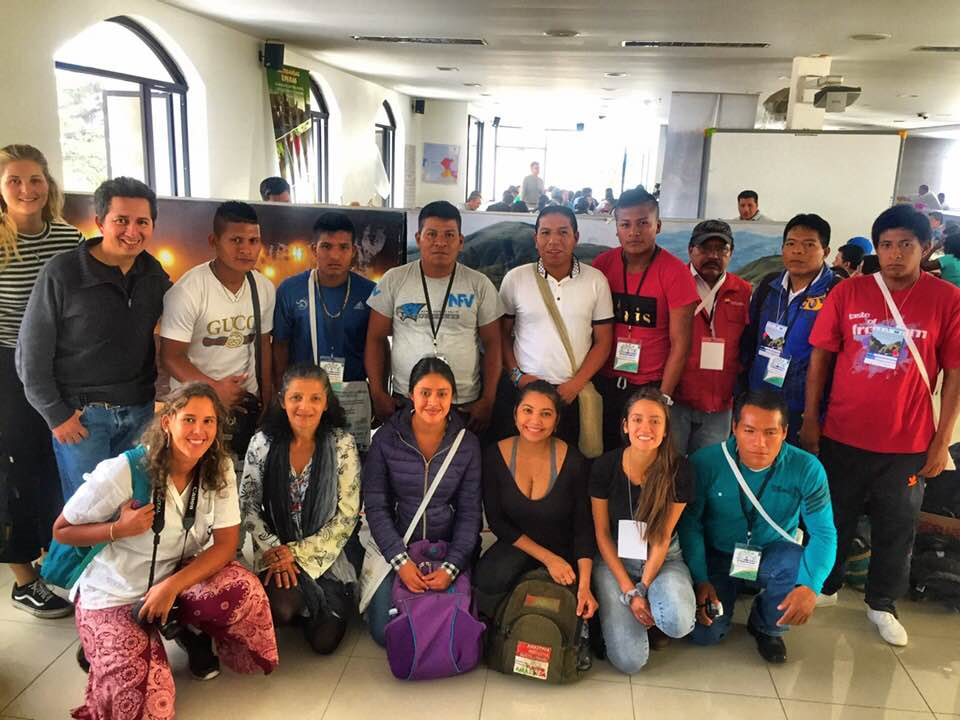