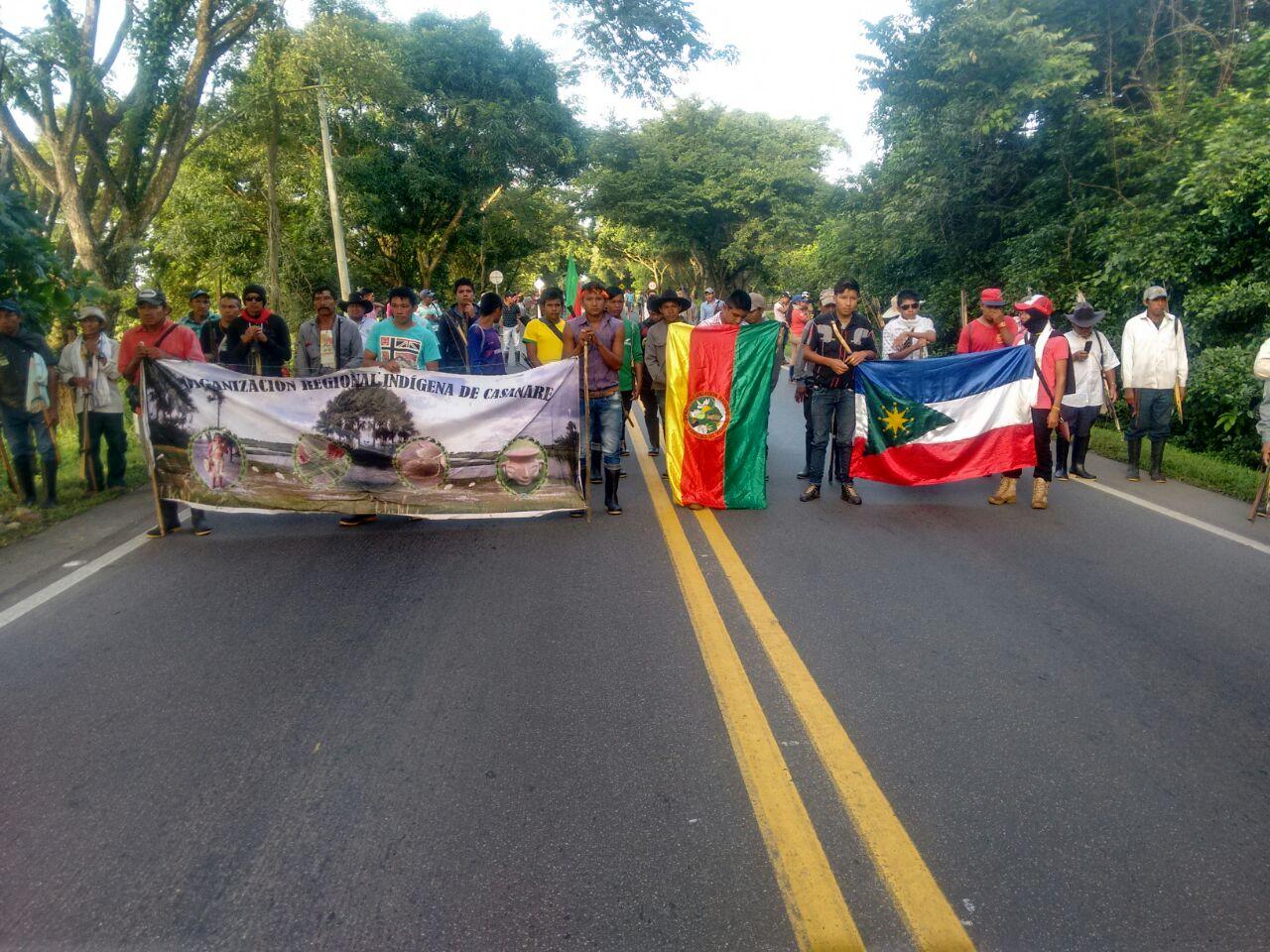 On May 30th, 2016, environmental and social activists from Indigenous Communities across Colombia came together to take part in the National Agrarian, Peasant, Ethnic and Grassroots Mobilization (Minga). Indigenous Communities from 27 different departments and 100 towns and villages took part in a national strike organized by the National Indigenous Organization of Colombia (ONIC). Participating communities are demanding that the government respond to their demands  to defend the lands and rights of the Indigenous Peoples across Colombia. Colombia’s Indigenous population currently is one million five hundred thousand, according to the National Statistics Department.

The first petition request regards a set of laws on the use and protection of Indigenous lands. Specifically, communities are asking to repeal laws governing Zones of Rural, Economic, and Social Development (ZIDRES), which the government claims promote the productive development of agriculture, while Indigenous communities assert that they legalize the plundering of their lands. ONIC is also requesting a complete economic reform program that prioritizes agricultural production for individuals living in rural areas, specifically for Indigenous lands. Other requests include the drafting of agreements which reduce mining activity on protected Indigenous lands, a stronger program to exterminate the cultivation of drug crops which promote violence, and a more active effort by the government to participate in the advancement of peace in Indigenous communities across Colombia.

The national strike continues in most departments of Colombia, except for the department of Risaralda, where leaders have agreed to meet with local government officials to establish a process to resolve these conflicts. In other departments, such as Caldas, the “Minga” movement continues. Community leaders have communicated that they will not stop until the Colombian government agrees to participate in a national dialogue with Indigenous Peoples and responds to their concerns. As Amnesty International reported in 2015, six million people have been displaced from their homes because of political, social, and land conflicts since 1985. Another half a million Indigenous people do not have definite titles to their lands.

In a public statement to the international community and human rights organizations released on June 1st, ONIC claims that the Colombian government committed human rights violations against Indigenous people participating in the Minga mobilization. The press release states that an Embera Chami man who was a father of four children was killed by riot police in Valle de Cauca. The organization also reported that sixty-five people were injured in the town of Caldono-Cauca, a child was hit by a Mobile Anti-Disturbance Squad riot police vehicle, and that several attacks were carried out by police against Indigenous women, children, and elderly who were protesting across the trail of the Minga. ONIC also announced that on the morning of June 1st, riot police forcefully invaded houses in the area where the Zenú people live, harming individuals with suffocating gasses, causing health problems for a pregnant woman and two children.

An Indigenous woman from the department of Cauca, participating in the Minga was interviewed in a video released by ONIC, where many Indigenous people explain their motivations for participating in the national Minga. The woman shared that the “assassinations, disappearances, and constant threats continue to be systematic, and these are some of the most important issues that, we, as Indigenous communities, will continue to change and mobilize against throughout this movement.” The President of Colombia, Juan Manuel Santos, has demanded that police forces continue to take action against protesters.

Listen to this radio news program in Spanish: