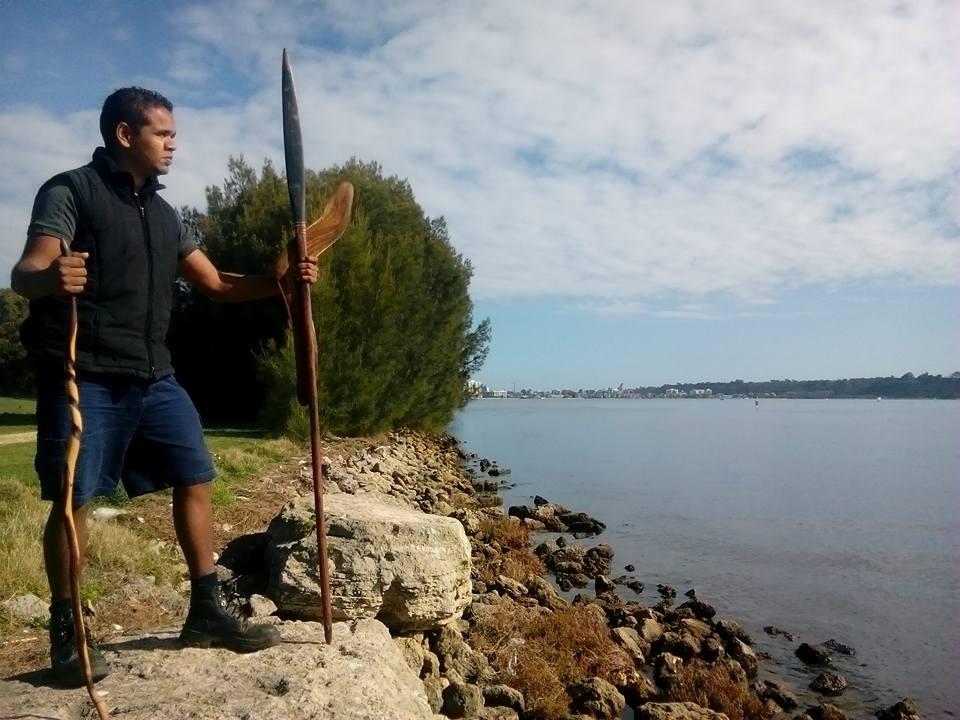 In 2015, the Australian government passed legislation intending to drastically cut funding for remote Indigenous communities. This effectively means the closure of approximately 150 communities. This decision is rooted in anti-Indigenous prejudices encoded in language of “treating everyone equally” and the idea that being a member of these communities is a “lifestyle choice.” Currently, the enactment of this legislation is looming over hundreds of Indigenous communities and treatening a variety of Aboriginal cultures. Many activists have been protesting these developments. One of these protesters is Clinton Pryor (Noongar), who since September 8, 2016 has been walking from Matagarup, near Perth, to Canberra to raise awareness of the increased injustice Aboriginal communities are facing.

“The thing I cherish most in my life,” Pryor explains when he is talking about his protest, “was living in community out on country with my mother and my people. My mum was very happy and lovely lady. She was a person who believed in happiness. When my mum was alive, before she passed on, she was teaching me about bush medicines and how to live off the land, like our old people. She wanted me to understand the ways of our people and never be ashamed of being a part of the Dreamtime. I'm doing this walk for our people, for myself and also for my mum. I do not want to see communities closed down and see my people lose their home because the government has decided not fund service for them. It is not right and this why I am doing the walk to save my people from losing their home and being forced to live homeless.” Pryor puts his protest in a historical continuum. It is an act of reclamation of spaces that the non-Indigenous government is attempting to redefine as empty and lifeless. Pryor’s walk brings attention to how full the land is, particularly in two ways. Firstly he does so literally, by bringing attention to the Indigenous communities that call this land home and have done so for centuries. Pryor challenges the very notion that being far from urban centers equates unviability. Secondly, he explicitly fills the land with Indigenous spirituality by talking to elders, going to spaces like Uluru, and invoking Dreamtime. He is invoking Indigenous definitions of the land, and demanding respect and equitable treatment for Aboriginal Peoples.

This walk is a powerful one. It challenges the intentional dislodging of Indigenous communities as well as the paternalistic attitudes in regards to how the Australian government is treating Indigenous sovereignty. Clinton Pryor’s walk is currently happening, and has recently been endorsed by former Australian prime-minister Kevin Rudd. Pryor posts regularly on his facebook  and website to ensure a continuous stream of updates and information. Additionally Noongar Radio will provide daily updates and other additional resources.