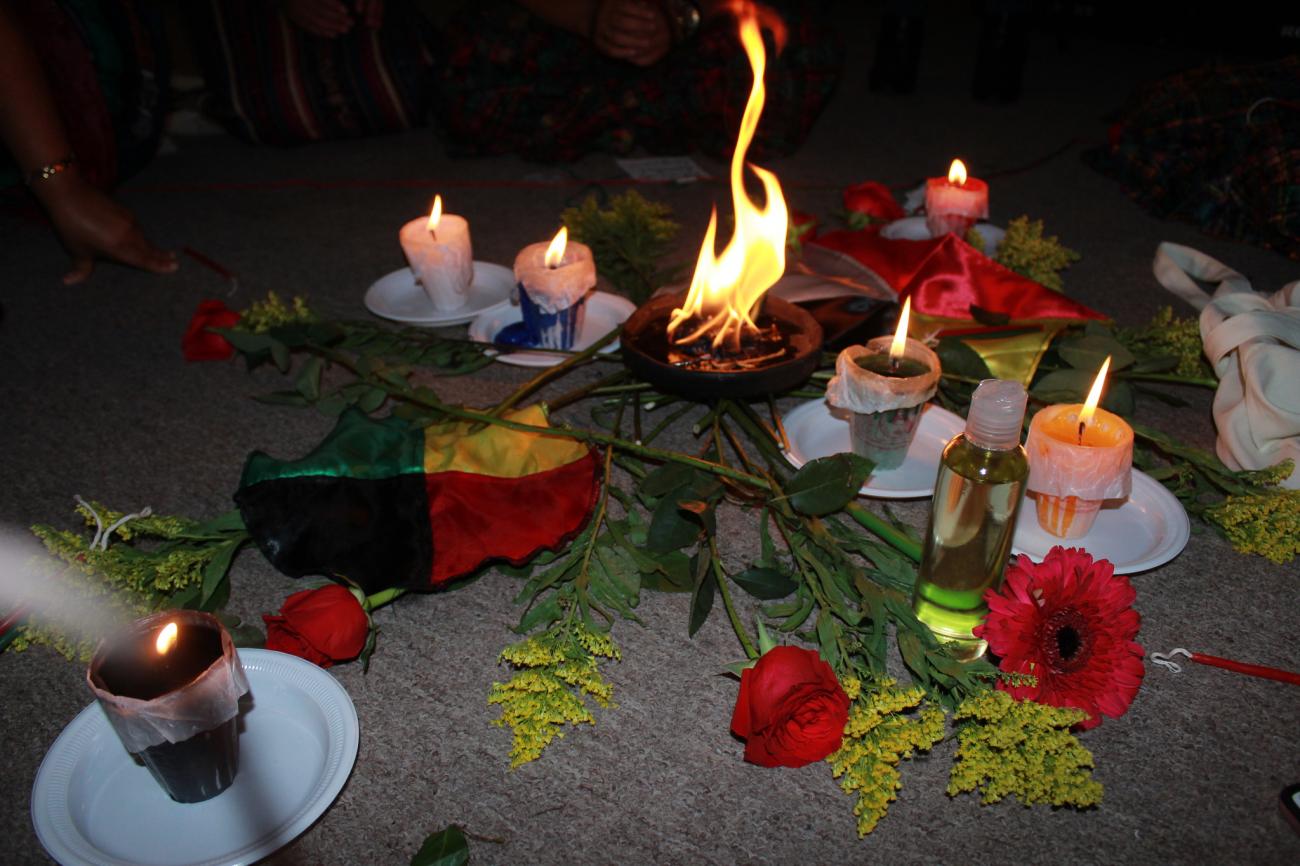 To talk about the civilization of Indigenous Peoples through education implies placing the discussion within the context of the construction of national initiatives that aim to colonize, civilize, citizenize, modernize, and Latinize to integrate them into the Western system and national culture. I had the chance to conduct research that allowed me to analyze national education initiatives from the colonial age onward and through this effort reveal the strategies and colonial institutions that have implanted pedagogies designed to suppress, exterminate, and assimilate families, communities, and people of Abya Yala.

Under this ideological, political, economic, and cultural scheme, an education and boarding school system for Indigenous Peoples was implemented, not only in Latin America, but also in Canada and the United States. During various decades, the initiative focused on Indigenous men because citizenship as a concept had been constructed within a masculine framework.

History allowed me to confirm the domination present in the education system. In 1879, after the implementation of the “Peace Policy,” the first American Indian boarding school was founded in Pennsylvania. These schools were part of the racial unity strategy the United States adopted to solve the “Indian problem” and control indigenous land. While some colonizers advocated for physical extermination, others thought it was more prudent to “kill the Indian and save the man.”

Church officials, missionaries, and local authorities took five-year-old boys and sent them to Christian boarding schools. Andrea Smith, American academic, feminist, and activist affirms that “boys were separated from their families for a year or more, were not allowed to have visitors, and were forced to worship as Christians and speak English. In the summers they labored on the farms of white families. Their native traditions and languages were prohibited.” In this way Indigenous students learned to fit in to white society. Within the racial hierarchy, they had to take on the role of slave or servant, that is to say, occupy the last rung of the socioeconomic ladder.

In regards to the education of Indigenous women, I discovered that the main goal was to instill patriarchal and racial norms so that they lost their power, autonomy, and authority in their communities. They were domesticated to be useful in housework and be eternal servants.

As for boarding schools in Abya Yala, there are documents that tell stories of experiences in Mexico and Bolivia. Laura Giraudo, researcher of Indigenous matters, analyzes emblematic cases of Indigenous boarding schools founded in Mexico and Bolivia at the start of the twentieth century. The author analyzes the form and type of education implemented for the Indigenous students and, consequently, the way in which the initiative changed over time in both countries. The author shows data about the selection criteria for students, which were based on racial determinism. The driving goal was to have “pure [male] Indians,” with stereotypical characteristics of “intelligence, physical vigor, and health.” Boys were thus subjected to physical and mental exams to determine if they were like the mestizos, which is to say, capable of assimilating into White culture and becoming civilized.

I became anxious to know what the situation was in Guatemala and started my research by looking at my time as a student in a Catholic boarding school, as I wanted to know about the origin of state education and boarding schools for Mayan women. I also wanted to share my experience, the collective experience of Mayan women in the educational system.

The civilization process in this country has governed the bodies of Indigenous women through state education and in boarding schools in a planned and systemic way. The civilization process is a Western/European construction that was imposed as a political strategy to invade, colonize, dispossess, and Christianize Indigenous minds and bodies. These dominating ideas of upward mobility and progress have been maintained through various hegemonic institutions, including Catholic boarding schools.

How were we civilized and colonized? The boarding school was directed by a religious congregation. The directors were always Ladina-mestizas. Among the colonial values thrust upon us, evangelization was the main pillar of civilization and salvation. Sin was discussed constantly, and fear and obedience were instilled, while silence was imposed as a way to train malleable bodies. There was a lack and denial of the discussion of sexual matters. A discipline system was constructed to reproduce norms of urbanity and domesticity.

We learned to repeat, memorize, and not question. The imposition of state education, Christianity, and the push to become Latinized had an effect on a number of former students. Some prefer to not talk about the emancipation of women and even less about popular resistance. Exile and the lack of attachment affected a group of students on an emotional level, because many of them were removed from their families at a young age and this caused pain in their hearts. In these relations of dominance, a model of an Indigenous woman in service to whites, Ladinos, and some Indigenous families was created to control the bodies and economic, political, and social lives of Indigenous women. In other words, the goal was to perpetuate servitude.

I do not want this corporeal and mental experience to repeat itself in future generations, and thus I insist that we tell and write our stories, as women and Mayans. The time has come to denationalize and decolonize education, Christian fundamentalism, and Ladino domination in schools, because they will continue to assault the lives of Mayan women through norms and values charged with morality, religion, patriarchal thinking, and the perpetuation of prejudices and racial stereotypes that lead to the creation of the model of the Indigenous woman, which is used to generate regulated bodies, conditioned and able to be corrected, coerced, and restrained.

Norms and values perpetuated in state education drive the nullification and assimilation of our identities, because they cause feelings of shame about being a Mayan woman, and thus, many women cut ties with and forget about their roots, resistance, the thoughts and practices of their people, which drives and promotes a life with Mother Earth. It is essential to think at the collective level to reflect on and question colonization and the process of civilization. There are cracks in the structure where we can manifest our nonconformity and outrage. We can violate the disciplinary norms to create minds and bodies that resist and say: “Here we are. We are Mayan women. We matter.”

--Emma Chirix (Maya Kaqchikel) is from Guatemala. She holds a doctorate in Social Sciences from the Centro de Investigaciones y Estudios Superiores en Antropología Social, CIESAS Occidente in Guadalajara, México. She is a teacher, researcher, and independent consultant, and the author of books, essays, and articles on colonialism, the construction of memory, racism, bodies, sexuality, and Maya thought, and the resistance of Indigenous Peoples and Maya women.