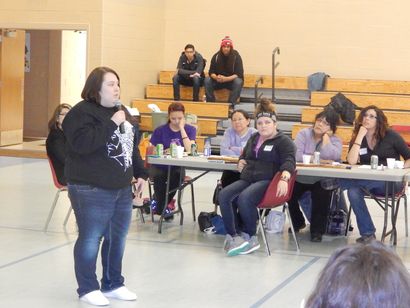 “Settler states in the Americas are founded on, and maintained through, policies of direct extermination, displacement, or assimilation. The premise of each is to ensure that Indigenous peoples ultimately disappear as peoples, so that settler nations can seamlessly take their place. Because of the intensity of genocidal policies that Indigenous people have faced and continue to face, a common error on the part of antiracist and postcolonial theorists is to assume that genocide has been virtually complete, that Indigenous peoples, however unfortunately, have been 'consigned to the dustbin of history' (Spivak, 1994) and no longer need to be taken into account. Yet such assumptions are scarcely different from settler nation-building myths, whereby “Indians” become unreal figures, rooted in the nation’s prehistory, who died out and no longer need to be taken seriously.” – Decolonizing Antiracism by Bonita Lawrence and Enakshi Dua

Anishinaabe Aki is our home territory as Anishinaabe people.  Anishinaabe includes Ojibway, Odawa, and Potawatomi peoples. However it also includes Oji-Cree, Mississauga, and Nipissing peoples.  Our home territory is colonially known as Michigan, Northern Wisconsin, Minnesota, Ontario, parts of North Dakota and parts of Manitoba. Through colonization and the fur trade we have an additional unique identity in our territory.  Métis people are a group of Indigenous people who are federally recognized in Canada but not the United States. This identity is unique to the Great Lakes because of the French and Anishinaabe relationships.  My ancestry is Ojibway, Métis, Nippising and Huron.  Our Métis ancestry has been mixing since the late 1700’s on Mooniingwanekaaning-minis (Madeline Island, Wisconsin).

Not everyone can identify as Métis as it is unique to the Great Lakes and other settlements such as Red River in Manitoba.  Understanding Métis ancestry is key to understanding and moving forward with centering Native people in racial justice work.  Doing racial justice work in Anishinaabe Aki is acknowledging Métis ancestry and how colonization has impacted our people for a very long time.

This is what decolonial community work is about.  It is more than looking at race through a Black and White lens.  So often in racial justice work First Nations, Native and Métis people are left at the margins. You are either Black or White.  This is a colonial concept that is racist in itself towards our people who span every skin tone, eye color, and hair color.  There is no one look to Native people.  When you are mixed race you are no longer one race.  Blood quantum is a tool of genocide however Tribal governments adhere to strict blood quantum standards that were set up by the US government.  These standards are not the way of our people.  It is about family and community not what a colonial structure dictates. 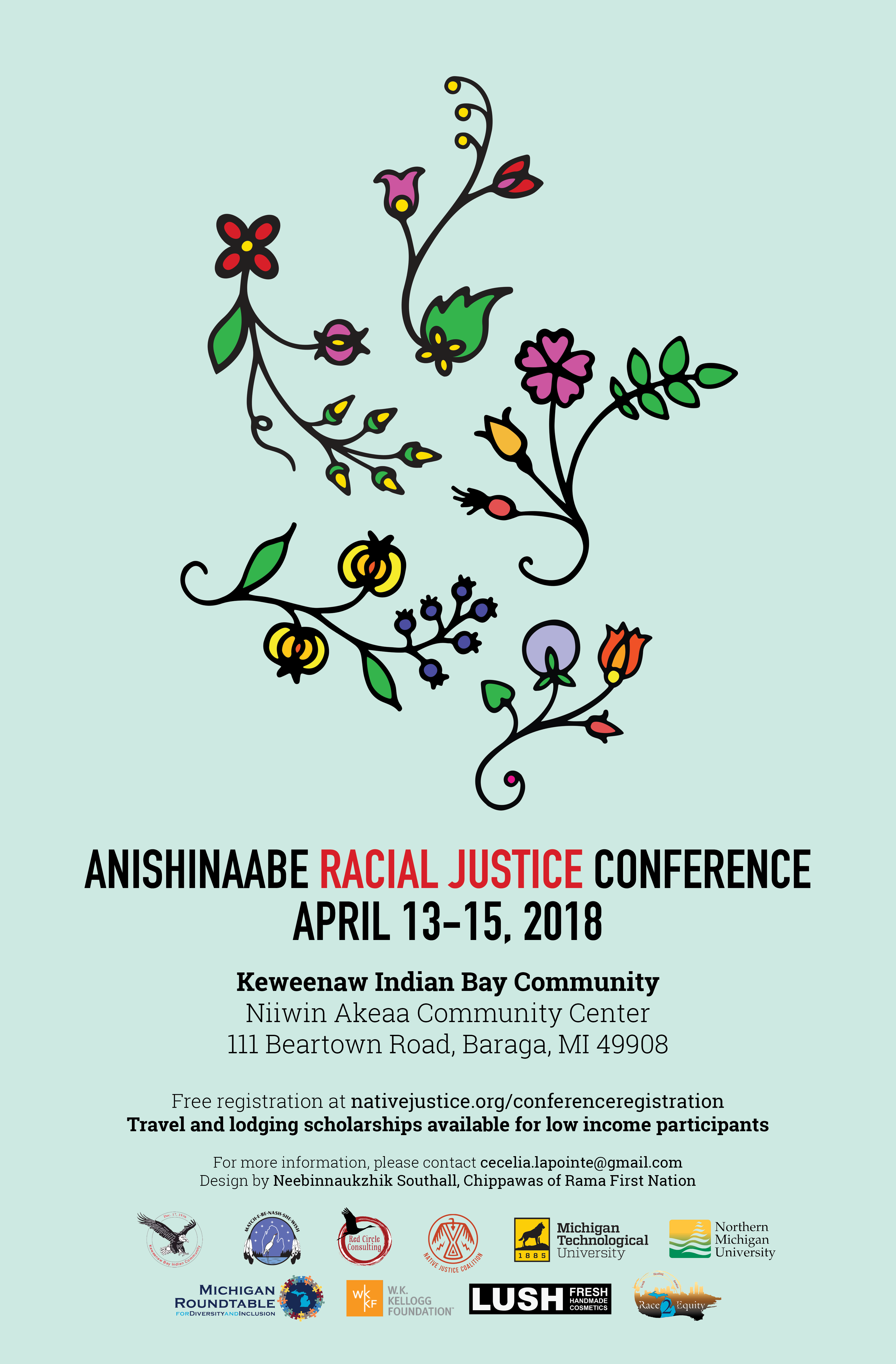 Moving Beyond the Black and White Racial Binary

“As I shall discuss, because the Black/White binary paradigm is so widely accepted, other racialized groups like Latinos/as, Asian Americans, and Native Americans are often marginalized or ignored altogether.  As Kuhn writes, "those that will not fit the box are often not seen at all.“ – The Black/White Binary Paradigm of Race: The Normal Science of American Racial Thought by Juan F. Perea

The Black and White racial binary defines only Blacks and Whites as key players in the pursuit for racial justice.  This binary produces and promotes the exclusion of Native American and Métis people.  This narrative is harmful for the healing of our people across Turtle Island.  It is important to move beyond the great harm of the Black and White racial binary in racial justice work.  In my work to bring racial justice work to Northern Michigan and to our Anishinaabe communities I have been disappointed.  In the eyes of everyone is the United States we are made to be hyper invisible and when we bring up the harsh realities we face we are ignored, discredited, or silenced.  It doesn’t help that in racial justice work we are made to be even more invisible.  We can use the term “invisible minority,” to describe this harsh reality.  If racial justice work fails to address colonization then this maintains settler colonialism and violent occupation and therefore maintains the racial binary.

Additionally, this paradigm defines as well as limits the set of problems when talking about race and racism.  The United States is obsessed with this binary to maintain settler colonialism.  Ignoring the lives and voices of Native people is purposeful erasure and invisibilization.  This erasure comes in the form of statistical genocide in documents like reports, media, academia, and doctor forms. 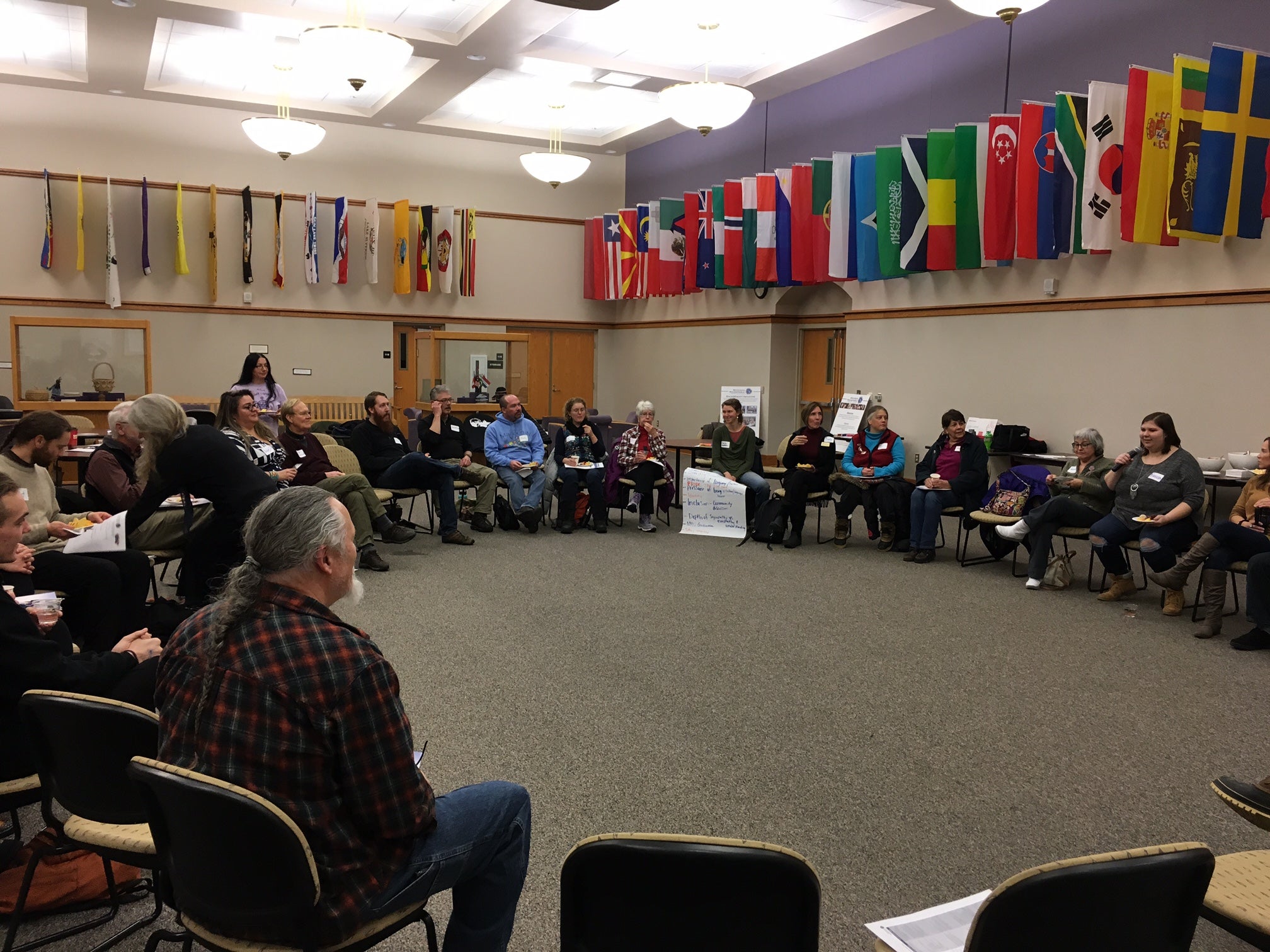 What you won’t hear in mainstream or alternative news is that colonization never ended.  If it ended we could properly address historical and generational trauma in our individual lives, families, and communities.  Instead we deal with racism, mascots, stereotypes, and discrimination from the majority culture in addition to the issues within our own communities.  Because of generational trauma these issues include: health disparities, youth suicide, abuse in all forms, and addiction plague our communities.  We have experienced incredible land and culture loss that doesn’t get validated by the majority culture.  We are supposed to be thankful for the little bit of land we now have called reservations.  Empowering our people and healing our communities in the face of these great injustices is critical.  However strengthening our communities is not enough when structural racism and oppression exist.

“To get a clearer picture, Mike Males, senior researcher at the Center on Juvenile and Criminal Justice, looked at data the Centers for Disease Control and Prevention (CDC) collected from medical examiners in 47 states between 1999 and 2011. When compared to their percentage of the U.S. population, Natives were more likely to be killed by police than any other group, including African Americans. By age, Natives 20-24, 25-34 and 35–44 were three of the five groups most likely to be killed by police. (The other two groups were African Americans 20-24 and 25-34.) Males’ analysis of CDC data from 1999 to 2014 shows that Native Americans are 3.1 times more likely to be killed by police than white Americans.” –  The Police Killings No One Is Talking About by Stephanie Woodard

Statistics are faulty and not 100 percent accurate because of many Native people may identify or be misidentified as Hispanic, Latino or White.  The latter misidentification is “Other,” which is racist in itself.

Centering Our People & Strengthening Our Communities

Colonization never ended on our lands, lives, bodies, and communities. It is beyond time to change the narrative around racial justice and the work that needs to be done. Decolonization is more than a hashtag – it is work. To make deep, meaningful, and lasting change the burden shouldn’t be on the shoulders of Native people alone to address racism. We need to address racial justice with the support of settlers and settlers of color. If our people are centered in this work then our lives and communities are strengthened. The movement for racial justice has always been.  All daily actions are critical in the face on this tremendous burden we have to bear as Native people. The frontlines are our lives. Our existence is resistance. When we heal, when we choose sobriety, when we speak, when we rise – we are resisting.  This is how we reclaim what was rightfully ours and build the beauty of our culture back into our lives.

--Cecelia Rose LaPointe (Ojibway/Métis), MA is owner of Red Circle Consulting and Waub Ajijaak Press. She is an author, poet and writer and her work can be read here: www.anishinaabekwe.com

The Police Killings No One Is Talking About by Stephanie Woodard.