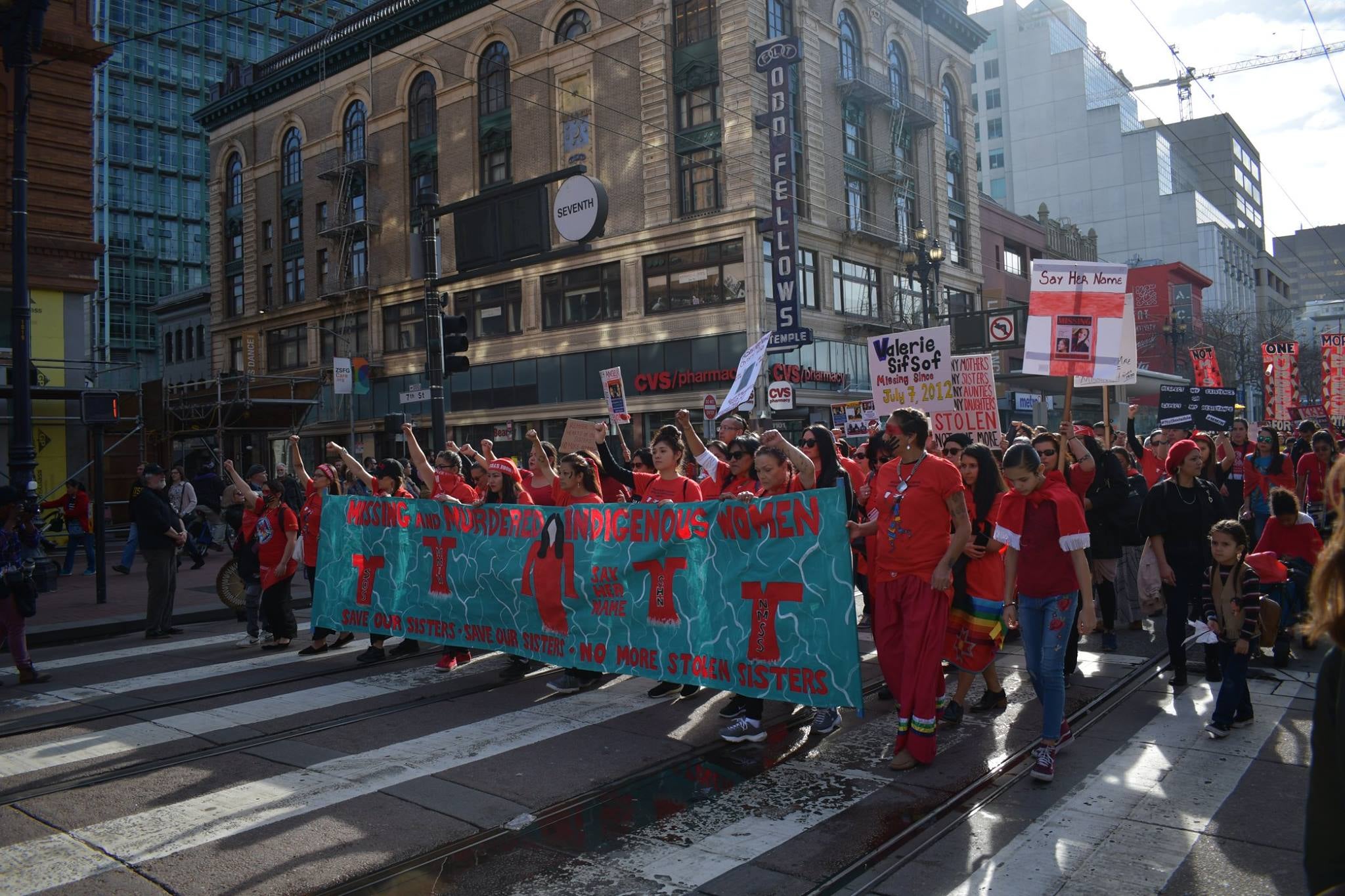 “It is clear that replacing the colonial holiday with a single day to recognize and honor Indigenous Peoples is a step in the right direction, but it is just the beginning to building a collective resolution with supplemental actions to right the wrongs this country has waged against this land’s first peoples. To start, we must think and act beyond one day a year to recognize Indigenous Peoples, because undoing 500+ years of colonialism will not be resolved in one day. Undoing long-standing, false misconceptions and systemic racism against Indigenous Peoples should not rest on the shoulders of Indigenous Peoples alone, rather our allies must also organize and mobilize in coordination with us to resolve the historical and present day warfare against our communities.” - Daisee Francour (Oneida), Director of Strategic Partnerships and Communications at Cultural Survival

Last year, Cultural Survival published Acts of Solidarity on Indigenous Peoples Day and Beyond, and one year later the knowledge and calls to action in the article remains true today. Some notable learnings that are still relevant include the need for non-Indigenous Peoples to identify and address their own bias, stereotypes and misconceptions of Indigenous Peoples, to stop using erasure language including the usage of past tense when talking about our communities and cultures, and to understand we are not a monolithic people as there are hundreds of distinct Indigenous nations, cultures, and languages in the United States and thousands more across the globe. Furthermore, understanding the true history of the so called ‘United States’ and its foundations of genocide, slavery and imperialism has a direct connection to the deep roots of extractive and generational wealth, which was built off the displacement of Indigenous communities and the extraction of our lands as well as the forced slavery of Black people.

So how do we move past performative activism? Instead of spotlighting Indigenous Peoples issues one day a year, Indigenous Peoples Day should be seen as an opportunity where non-Indigenous Peoples can create and renew their commitments to supporting Indigenous Peoples every day. It should be a day where our non-Indigenous kin reflect on the ways they are upholding and benefiting from colonialism, capitalism, and white supremacy, the very systems that were designed to eradicate Indigenous Peoples, and work towards creating goals and aspirations in how they themselves can begin to dismantle such harmful systems. This means to start and continue having introspective conversations and reflections with self, our families, workplaces, communities and other social circles about systemic racism and social justice.

Moreover, a core understanding across Indigenous cultures recognizes that everything in the natural world is interconnected and that all living things are related. Non-Indigenous people need to also apply this same understanding to themselves and their relationships. To see oneself as a relative, and in kinship with others begins to open the door of radical compassion, empathy, love, responsibility and accountability. Restoring our relationships with ourselves, each other and the natural world as well as rebalancing our lifeways cannot be done overnight, yet daily measures can be taken to build a better future for us all-- a world where Indigenous Peoples are also thriving.

In addition to a growing movement of the renaming of this holiday, there is also a building momentum of practicing land acknowledgments which recognize the first peoples and whose land we are on. You may have witnessed land acknowledgments in public events, on signage in parks, and even in zoom meetings. While land acknowledgments certainly open the door for dialogue and shifting the narrative to outline every inch of land is Indigenous land, without follow up action and support, it is merely a performative statement. Non-Indigenous people and allies need to go beyond land acknowledgments and truly engage and support local Indigenous communities. This support can range from supporting and donating to local Indigenous organizations and Native community and cultural centers. Like researching whose land you are on, researching the history of local tribes is needed to be a good relative on someone else’s land. Non-Indigenous people and allies need to put in the work to learn more about the Indigenous Peoples who have always called this land home since time immemorial. This journey of learning and unlearning is ongoing, and Indigenous Peoples are not required to educate you. If they so choose, compensate them for the emotional labor it takes to illustrate the true history.

In the spirit of learning and unlearning, educating oneself on the various present-day challenges Indigenous Peoples face is needed to be a good ally and relative. Hand in hand with this self-education should be accompanied with amplifying this knowledge across one’s networks, workplaces and dinner tables. A commitment to deepening one’s understanding of the issues facing Indigenous Peoples invokes a sense of responsibility to help address these problems. From understanding and raising awareness on the epidemic of Missing, Murdered Indigenous Women, Girls and Two-Spirits (MMIWG2S), to the uncovering of graves of Indigenous children at American Indian boarding schools, to the ongoing genocide and violation of Indigenous rights, Free, Prior and Informed Consent, and treaties, there are numerous examples that allies can research and deepen their understanding of.

While understanding the true history of this country and conducting land acknowledgments are some practical first steps towards undoing centuries of colonization that has conditioned society to erase Indigenous Peoples existence, the actual return of land, otherwise known as #LandBack, must also occur. Indigenous Peoples represent just 6.2% of the global population, and roughly 2.2% of the United States population, yet they hold tenure over 25% of the world’s land surface, steward 80% of the world’s biodiversity, and manage at least 24% of the total carbon stored above ground in the world’s tropical forests. Indigenous Peoples are expert stewards of their environments, and hold millennial old knowledge of how to care for their ecosystems. Indigenous women particularly are the stewards, caretakers and culture bearers of traditional knowledge and bear the responsibility of maintaining our lands, food systems, waterways and natural resources. With climate change worsening each day, we must collectively advocate to center Indigenous stewardship and leadership to address and reverse this crisis. And to truly address this crisis, means to rematriate the land and return Indigenous lands to Indigenous hands.

-- Daisee Francour (Onʌyota'a:ka/Oneida) has worked over a decade in non-profits, philanthropy, and grassroots organizing to serve Indigenous Peoples, Tribal Nations, and Indigenous-led organizations locally and globally to educate them of their rights, build their capacity, leadership and self-sufficiency as well as support their self-determination. As the Director of Strategic Partnerships and Communications at Cultural Survival, Daisee centers her work on building awareness, shifting paradigms and consciousness, rematriating the narrative, and in turn, shifting agency back to Indigenous Peoples.

Like what you learned? Consider making a gift to Cultural Survival to sustain the work of Indigenous leadership and our efforts to shift the narrative today!