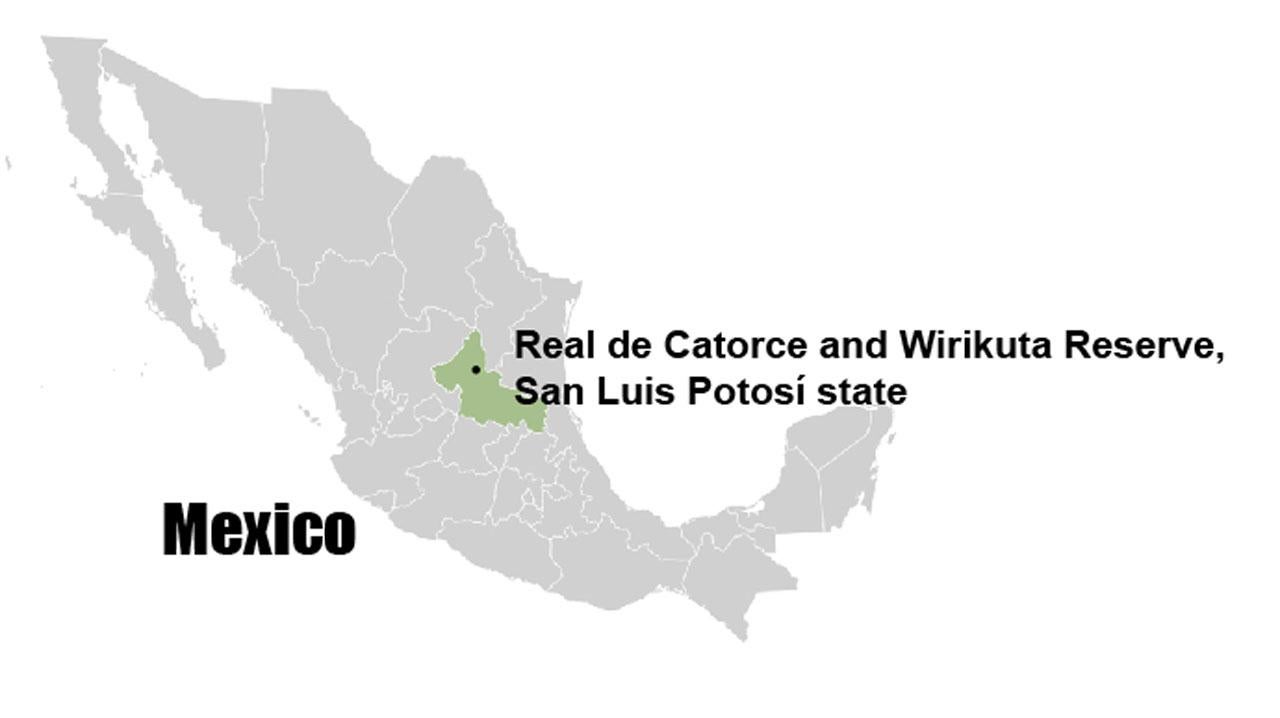 The Wirikuta Defense Front released their annual report on the mining concessions in their territory and the threats they represent to their people and have presented the information to James Anaya, the UN  Special Rapporteur for Indigenous Peoples on April 18th.

They asked Anaya to call on the government of Mexico to carry out concrete actions to protect the territory of Wirikuta, and an end to the violations of human rights against the the Wixarika people, who hold Wirikuta as a sacred site and have fought for years for its protection from Canadian mining company First Majestic Silver.

The annual report delineates the specific number of active mining concessions requests for permits, and the 5 projects that are currently being carried out in the Wirikuta reserve in San Luis Potosi, Mexico.

In May of 2012, Mexico’s National Human Right Commission acknowledged the “violation of right to consultation, use and enjoyment of indigenous territories, cultural identity, clean environment, clean water, and the protection of the health of the Wixarika people in Wirikuta.”

The urged Anaya to use this information to pressure Mexico’s government to cancel and reject any mining concessions in the sacred territory of Wirikuta.