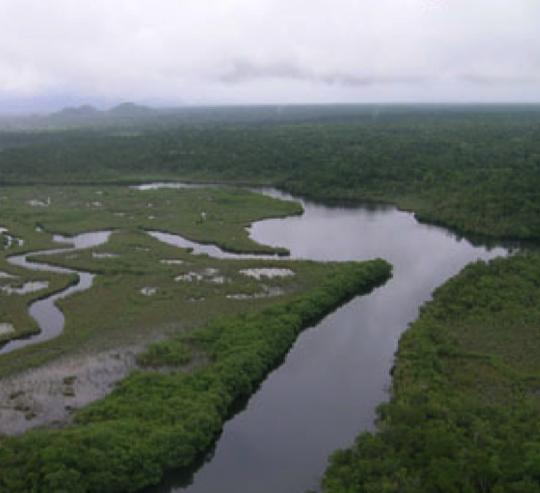 Continuing the legal roller coaster of decisions made regarding the land rights of the Maya people in Toledo district of southern Belize, the Court of Appeal has recently re-affirmed the Maya people’s rights to collective land ownership throughout southern Belize. This good news was tempered, however, with the judge’s decision to lift an injunction that had ordered the cease of oil exploitation in Mayan lands, therefore giving the green light to US Capital Energy to continue ramping up their project for oil drilling within the Maya lands and the Sartstoon-Temash National Park.

The decision released by the Court of Appeal on 25 July 2013, affirmed Maya land rights already established through historical decisions. In an opinion by Chief Justice Manuel Sosa, the Court found upheld that the Maya people are Indigenous to Belize and have customary land rights that must be protected under the constitution.  The Court of Appeal unfortunately also concluded that the Supreme Court erred in its 2007 decision which found that the Constitution of Belize to possess a positive obligation on the Government to adopt affirmative measures to protect the rights of the respondents. Based on this conclusion, the Court of Appeal struck out the Supreme Court’s injunction against Government interference with Maya land.

The Maya Leaders Alliance reacted in a Press Release: “Our customary land rights have been affirmed by the Inter-American Commission on Human Rights, by the Supreme Court of Belize on two occasions, and now by the Court of Appeal.  With this fourth favourable ruling in nine years, we are confident going forward that our land rights are clearly and firmly established.  However, we are disappointed that the court failed to understand the discrimination and harm the government has subjected us to by denying the validity of our customary rights for decades, and uphold the duty of the government to protect our rights and to provide paper titles.  Our rights were disregarded even when there was court-ordered protection in place, so we cannot help but be concerned that the protection has been lifted.”

The next step in their strategy will be to move their appeal to the Caribbean Court of Justice, a step higher than the Belizean Supreme Court, where they will seek an injunction to stop harmful development projects on Maya lands while the litigation continues. Pablo Mis explains; “We are of the opinion that the aspect of the 2010 decision - the injunction- was what the government wanted to be lifted so that US Capital can continue its work and they got this. We do not see this changing at any level of the courts in Belize."

Meanwhile, the Sarstoon-Temash Institute for Indigenous Management, or SATIIM, in representation of four Mayan villages whose land , are filing a lawsuit against the government of Belize and US Capital Energy for the years in which they have proceeded in exploration and exloitation despite the injunction and despite the long list of international documents and bodies that have declare the Maya the rightful owners of the land.

Belize , along with US Capital Energy, have been backsliding on their commitments to free, prior, and informed consent (FPIC). US Capital Energy did hold a community meeting to spread information regarding the proposed oil drilling, but the meeting was flawed on many levels. The building in which the meeting was held was too small to accommodate the majority of community members who traveled to attend, technical information about the project was not accurately translated into the Indigenous language, and spokespeople from the community were forcibly silenced when they tried to voice opposition to the plan. Afterwards, SATIIM and other local organizations consulted a team of human rights and environmental lawyers and moved forward with a lawsuit against the company and the government.  Read more about their plans, here.